10 Reasons Why You Should Visit Salzburg At Least Once 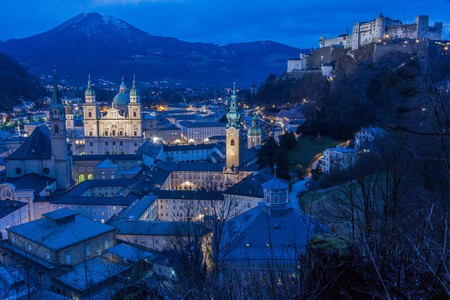 Salzburg has so much more to offer visitors other than just Mozart and the Von Trapp family—it is a quaint, cultural, and romantic city with plenty of attractions and activities to entice tourists. Here are some of the events Salzburg provides that locals and visitors alike will enjoy.

Salzburg comes into its own over the festive period, and the cosy markets look wonderfully quaint set against the Baroque architecture and distant snow-topped mountains. The Christkindlmarkt on Residenzplatz pulls out all the stops for its guests. With origins dating back to the 15th century, it is no amateur when it comes to putting on a spectacle. Hug a mug of gluhwein in gloved hands while browsing the cosy stalls offering homemade treats and trinkets. 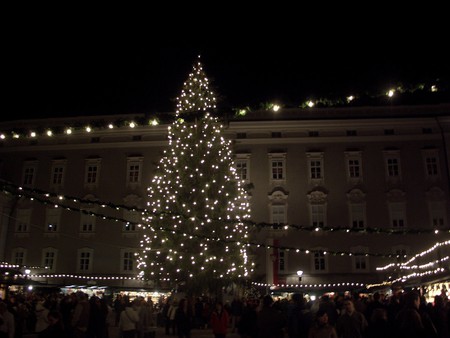 While many come for Mozart, Salzburg shouldn’t be dismissed as purely a destination for classical-music lovers. Many jazz and contemporary-music clubs and bars can be found, showcasing new and exciting talent from all over the world. A favourite among locals is The Jazzit, where regular jam sessions and ‘electroswing’ nights attract large crowds. They offer free admission on Wednesdays and an always-open beer garden for patrons to enjoy. Dedicated devotees of Mozart should be sure to visit the ‘sound and film collection’, where they grant access to over 25,000 audio recordings related to the coveted composer. 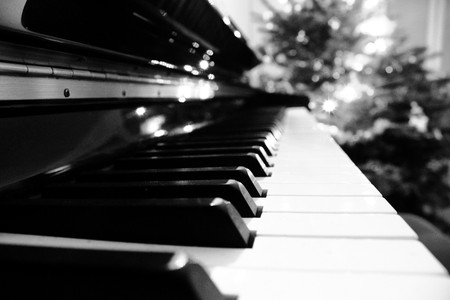 Cuisine local to Salzburg includes many Bavarian- and Tyrolean-influenced meals as well as Austrian-national favourites, such as schnitzel, apple strudel and Sacher torte. At the farmer’s markets —the Grünmarkt, outside the University campus, is particularly popular with locals—visitors find many strong cheeses, cured meats, and delicious baked pastries and cakes. Gasthof Goldgasse and Gablerbräu, both authentic Austrian restaurants, also come highly recommended. 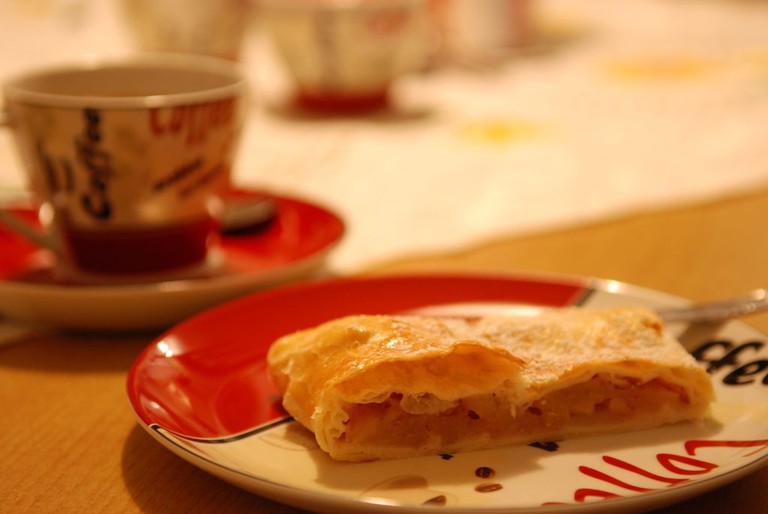 Salzburg has the best of both worlds—with striking rural and urban landscapes to enjoy. After exploring what the city streets have to offer, escape to the wilderness or to the quieter neighbouring towns, such as St Gilgen, Anif, or Werfen. 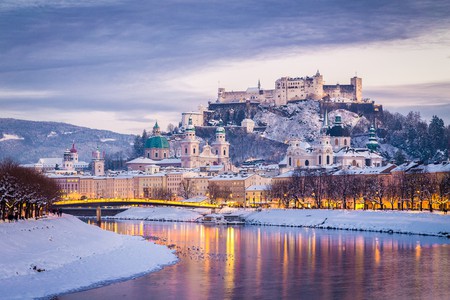 Although Vienna is often considered to be the cultural heart of Austria, Salzburg has a burgeoning art and cultural scene. The most recently-opened building (there are two) of the Museum of Modern Art lives atop of the Mönchsberg and peers down upon the Old Town. Spread across four levels, the halls contain a wealth of contemporary art in a unique and stylish setting. Among the permanent loans include works by an exciting range of artists from the 20th and 21st centuries, including many pieces by Austrian artists. 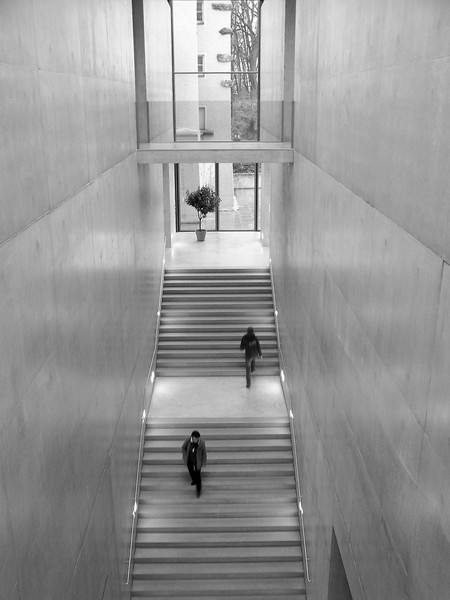 The world-famous Salzburg Festival takes place each summer in the city and has an incredible programme of classical music. However, tickets can be expensive and difficult to get ahold of. Free screenings of the festival’s performances can be viewed at the open air cinema in the Old Town. Alternatively, The Electric Love Festival, with a line-up consisting of mainly Dubstep, Electro ,and House will appeal to younger visitors. 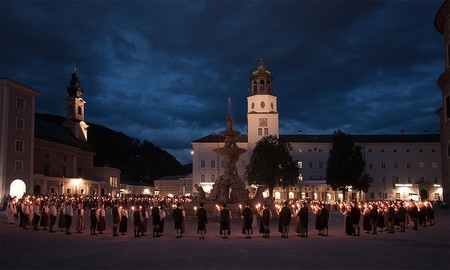 Those looking for the destination for the perfect weekend away with their other half, look no further because Salzburg is a dreamy place for a mini break. The Romantikhotel Die Gersberg Alm Hotel, as its name suggests, offers various packages designed for an enchanting retreat. The chalet-style building boasts beautiful views, a sizable swimming pool, and a gourmet restaurant. 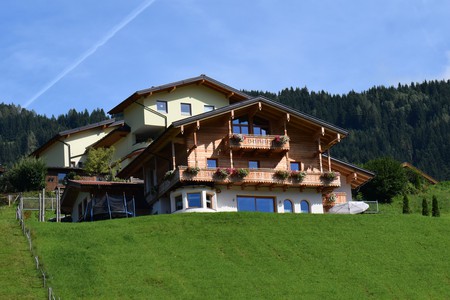 Salzburg attracts waves of winter-sport fanatics to the surrounding mountains—and not just skiers (although this is undoubtedly the most popular sport in Austria). Snowboarders, skaters, and sledders all populate the resorts around the city, taking enthusiastic advantage of the snowy season. Saalbach-Hinterglemm, about an hour and a half’s drive from the city, offers one of the best areas for skaters and has one of the largest ski facilities in all of Europe. For the warmer months, hiking around the hills is a great option. 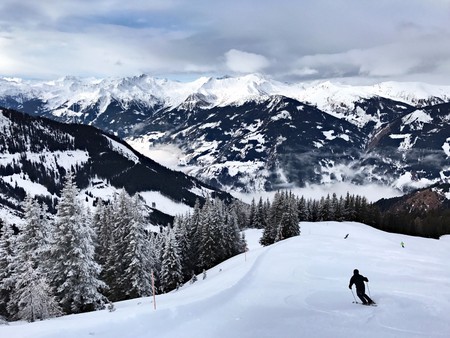 Baroque and medieval styles dominate the historic-city streets, but Heizkraftwerk Mitte provides one of Salzburg’s most-intriguing structures. A brutal beast of a building designed by architects Marie-Claude Bétrix and Eraldo Consolascio, it caused an uproar when revealed to a public who deemed it not ‘in keeping’ with the city’s pretty aesthetic. However, its slightly unsightly appearance undoubtedly creates an interesting and refreshing contrast to the otherwise pristine designs. The winding streets surrounding Getreidegasse, the birthplace of Amadeus Mozart, are an example of the most dainty architectural side of Salzburg. 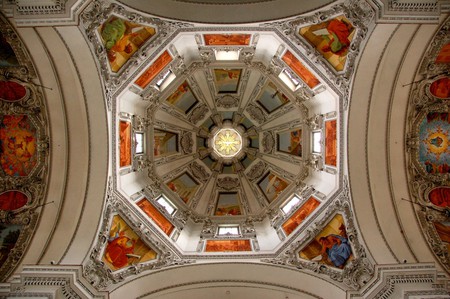 The city of Salzburg’s history dates all the way back to the stone age, and it houses many historic monuments to explore and uncover its rich past. One of the oldest-documented buildings is a monastery that stood in the 5th century. Meanwhile, building the mighty fortress that stands on Festung Hohensalzburg began in 1077, and it is currently one of the city’s most-visited attractions. In 1997, the city became a UNESCO World Cultural Heritage site. 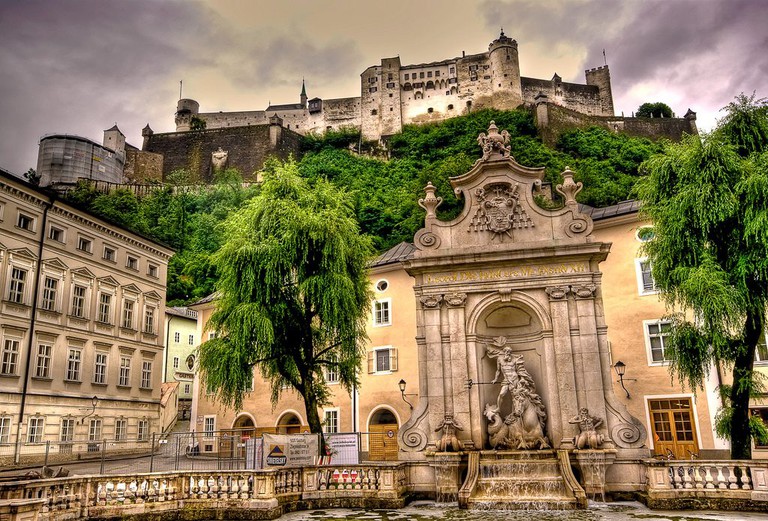