10 Most Beautiful Towns In Austria

Once you’ve dutifully done and dusted the usual route through imperial Vienna, castle-topped Salzburg, and mountain-shrouded Innsbruck, it’s time to really start exploring Austria’s beautiful towns. Delve right into the heart of the nation with this list of the most wonderful little stop-offs going, ranging from high-perched towns cascading down from snowy ski fields to lakeside clusters of baroque beauty. 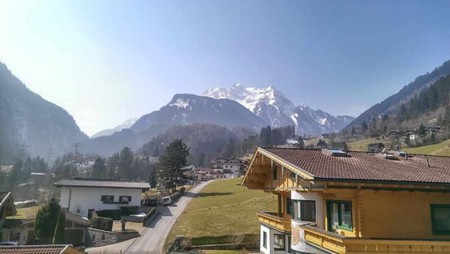 The Zillertal Valley, with Finkenberg in the fore | © Joseph Richard Francis

Beset on all sides by the soaring snow-tips of the Zillertal Valley, encompassed by dense swaths of Austrian firs, moss green by summer, caked in drifts of ice by winter, and watched over by the chiseled outline of the mighty Hintertux Glacier, Finkenberg is the very picture of a traditional Tyrolean town. Its houses and beer halls are clad in timber to the hilt, dotted with blooms of hanging baskets from springtime and set to the creaking carriages of the Finkenberger Almbahnen, which drift upwards towards the Mayrhofen ski area some 2,090 meters in the cradle of the central Alps above. 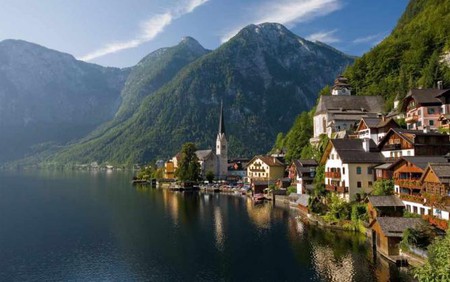 No list of Austria’s most handsome towns could possibly go by without a mention of charming, come-and-get-me Hallstatt. Hugging the meandering shoreline of its eponymous lake deep amidst the Salzkammergut highlands east of Salzburg, this one’s heart is a graceful medley of cobblestone squares, timber chalets and jutting balconies shrouded by cascades of ivy and poppy blooms. And just when you thought your eyes couldn’t handle any more beauty, your sight is drawn skywards, towards that glorious church spire and the looming peaks of the Dachstein Mountains. 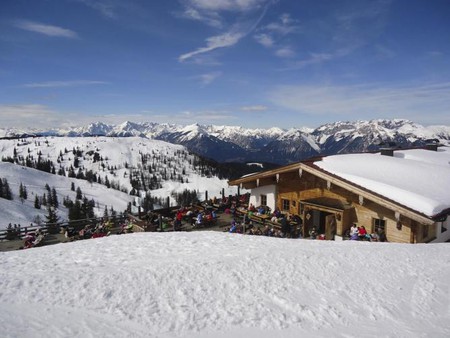 Alpbach from above | © John Francis

Even if you aren’t heading to Alpbach to don the salopettes and skis, you can rest assured that this good-looking medieval village dressed in alpine timbers and cobblestone will keep you entertained. Spiked in the center by the needle-like spire of one seriously enchanting church, the walkable web of lanes here gives way to traditional Tyrolean chalets by the bucket load. In the winter, these come draped in pillows of fluffy snow, while summertime ushers in Alpbach’s famous flower bloom, which is an explosion of rhododendron and bougainvillea to make your camera lens melt.

The more eagle-eyed may remember the glorious backdrop of Zell am See high in the hills of the Salzburgerland from the final episodes of HBO’s Band of Brothers. Others may simply see the quintessence of Austria’s hinterland: forest-clad peaks; shimmering, mirror-like lake waters; a distant horizon serrated by the glacial ridges of the Northern Alps. Then there’s the town’s fairy-tale center: a web of tight-knit, stone-clad streets ringed with frescoed brauhausen (beer halls) and medieval facades and pretty lakeside promenades, all sitting neatly in the shadow of the stoic rises of St. Hippolyte’s Church, a veritable treasure of the Pinzgau as a whole. 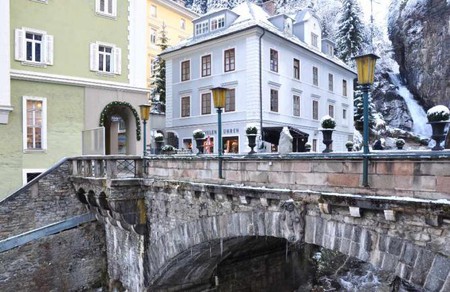 A lesson in all things Baroque and Belle Époque, Bad Gastein’s grand hotels and houses sit deep in the hinterlands of the Hohe Tauern National Park. Since the turn of the 19th century, this mountain enclave has drawn luminaries from right across the globe. Otto von Bismarck came here in the 1860s, King Faisal I of Iraq followed, while Austria’s own Empress Elisabeth is thought to have been a regular to the healing springs and mineral waters that bubble up from the hillsides all around. No wonder the center is so gloriously adorned. A cascade of ochre and yellow frontispieces that sweeps its way down the valley sides in a wisp of grand and unforgettable architecture. 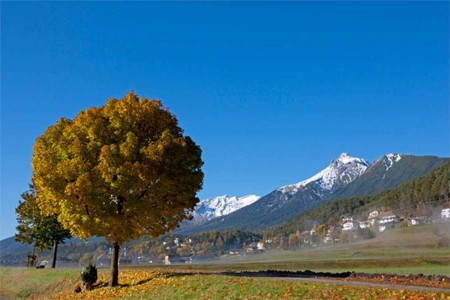 Eye-watering panoramas extend out in every direction from Imst’s little sun-splashed place in the depths of the Gurgl Valley, glimpses of the gorgeous Tyrol at its very best: limestone ridges dressed half in ice and half in jagged rock drop sharply down to the treeline in the distance; crooked wooden barns bulge with hay bales; the meandering channels of the Inn River wind past the forest’s edge. Meanwhile, in the heart of Imst itself, the occasional church spire signals the Baroque, bulbous domes overshadow the streets, and hearty little beer halls and Austrian eateries erupt ad hoc in the cellars. 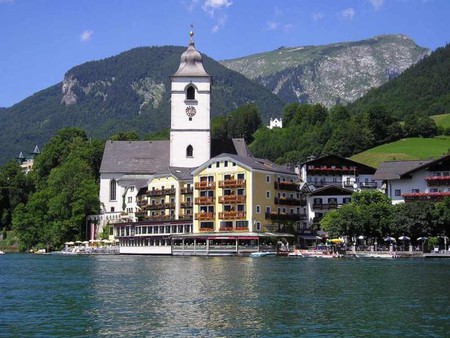 A pilgrimage destination for both musical comedy fans and Christian followers of St. Wolfgang alike, this charming little town nestled in the Salzkammergut Mountains was first made famous by the canonization of its namesake, founder and patron saint in 1052, only to be thrust into the limelight once more by the 1897 operetta, The White Horse Inn, —set in a small beer house on the edge of the Wolfgangsee lake. Today, St. Wolfgang is frequented by the ubiquitous crowds of skiers during the winter, while sightseers come in their droves by summer, all eager to wander its tight-knit cobblestone streets and spy out one haunting 15th-century altarpiece by Michael Pacher.

Pretty, well-to-do Pörtschach can be found jutting its way out elegantly into the turquoise-clear waters of the Wörthersee in southern Austria, just a short jaunt from the Slovenian border and the rising foothills of the Julian Alps. The whole place is dotted with regal villas and the holidaying homes of Vienna’s jet setters, while its edges are ringed with sun-splashed promenades which glimmer in the summer as light reflects off the lake. Forests and undulating fields dominate the countryside all around, and the crumbling remains of Leonstein Castle crown a nearby ridge; a dash of Gothicism above a town of money and class. 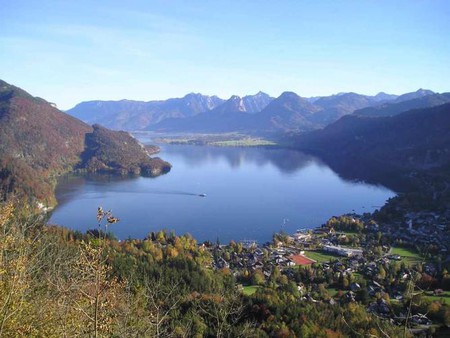 Just a hop, skip and a jump along the banks of the same shimmering Wolfgangsee where aforementioned St. Wolfgang sits betwixt the hills of the Salzburgerland in eastern Austria, postcard-perfect St. Gilgen makes its home. A patchwork of Germanic facades and flower-strewn squares babbling with fountains and decorated with the regal faces of one glorious half-timbered town hall, this one is alive during the summer with sailors, swimmers and hikers out of nearby Salzburg, while winter brings the luminescent Christmas markets and a covering of snow that transforms its beauty into an altogether different sort.

Perched out on the extreme western edge of Austria as a whole, between the rugged hills of the Vorarlberg, Feldkirch is every inch a town first raised in the early 13th century. It’s crowned by the mighty rises of the Schattenburg castle, which loom like something out of Where Eagles Dare above the sweeping clusters of spruce and oak forest below, keeping watch over that labyrinth of weaving, winding cobblestone streets that form the historic heart of the city. Take a stroll down bustling Marktgasse to spy out the wealth of Gothic architecture that abounds, before delving into the gorgeous St. Nikolaus Cathedral that skewers the center with its spire.
By Rich Francis