As environmentally friendly spaces have gained popularity, architect Zoka Zola has stepped in to provide innovative designs for residential and commercial buildings. Her special attention to energy efficiency and the environment has brought her much recognition. Zola’s award-winning designs have been constructed all over the world, from Chicago to Kuala Lumpur. 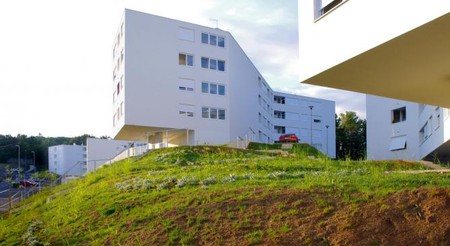 Zoka Zola was born in Rijeka, Croatia. Here she studied architecture, and received a Master’s Degree from the University at Zagreb in 1986. Upon graduating, she continued to study, and design at architectural firms in Vienna, Rome, and London. In 1990, she received the prestigious Royal Institute of British Architects Award, one of six architectural students in the world to receive it that year. She opened her own studio in London, designing small public projects and restaurants. Zola eventually moved to Chicago in 1997, settling there to became one of the world’s leading architects.

Although she had already achieved some success in Europe, Zola’s fame rose to new heights in Chicago. It was there that she created the Pfanner House, which was named Home of the Year in 2003 by Architecture Magazine. The house, located near the west side of Chicago, was also included in American Masterworks by Kenneth Frampton. Zola founded the Zoka Zola Architecture and Urban Design in 2002 and has since been designing commercial and residential buildings across the United States, Europe, and Asia. Notable designs include three zero-energy homes in Chicago and Kuala Lumpur, a solar tower in Chicago and an affordable housing project in Croatia.

Zola’s architectural designs have a strong connection with nature. Many of her buildings are energy efficient; they operate on a reduced amount of energy, and create as much energy as they consume. To accomplish this, Zola smartly considers factors like solar panel placement, ventilation, and exterior wall placement in relation to wind patterns. The Rafflesia House is an impressive example of her innovative zero-energy design. The house sits elevated upon poles in order to minimize disturbances to the surrounding lush vegetation of the Malaysian forest. The shape of the house plays into its energy efficiency as well. Shaped like a ‘C’ around a central courtyard, the house is designed to capture incoming wind, cooling it without electricity. 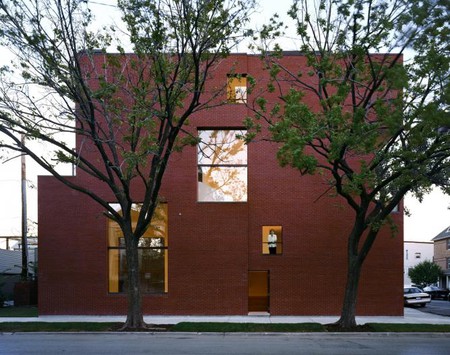 Besides being energy efficient, Zola’s buildings connect with nature in an aesthetic way. Many of her buildings have large windows. They invite the outside in and create a smoother transition between the man-made buildings and nature-made landscapes. The Pfanner House is an example of this; amidst the urban Chicago landscape, the large windows allow the resident to enjoy ample natural light and view the trees in its lot. Her buildings also have a way of fitting in to natural landscapes, despite their streamlined, geometric shapes. Other buildings mirror the objects found in nature, like the Rose House in Girona, Spain. A residential home, the Rose House is made of a group of circular rooms that are clustered together to resemble the shape of a flower.

Zoka Zola’s contemporary architectural style and innovative techniques in energy efficient housing have made her a sought after architect. Her international work experience has influenced her ability to design buildings that exist in harmony with many cultures and many landscapes. Just examining Zoka Zola’s work proves why she has become one of the most accomplished current architects in the world.