We’ve all got our bucket lists: where we want to visit, what we want to achieve in life and – if you happen to be obsessed with food – what you want to eat. If a good foodie’s mantra is ‘to infinity and beyond’, always ready to try new things, there are certain dishes or experiences which you really need to tick off your list if you take your food in seriously high regard. Here are 15 essential mouthfuls which should top your list.

While there are many things to try in New York, top of the list – or perhaps joint-first with a slice of New York-style pizza – is a good old-fashioned bagel. What makes them so special? A good bagel should be dense and chewy, but not tough. It should be shiny but also a little blistered – a sign it has been properly boiled before cooking. You can get good bagels outside of New York – fortunately – but there’s something about the taste of an everything bagel on the streets of the Big Apple that’s special. 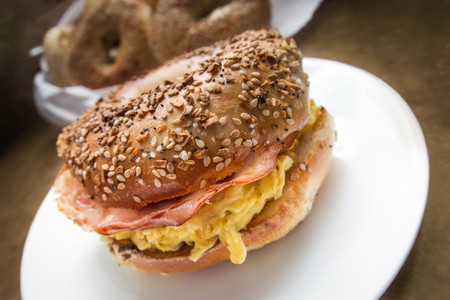 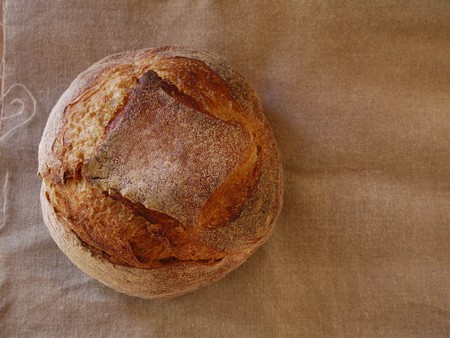 This London institution is famous for its unpretentious fare and ‘nose-to-tail’ approach to cooking. One of their most iconic dishes is a humble plate of bone marrow, roast in the oven until melting and served with a few slices of their toasted bread and a little parsley salad. The dish represents everything people love about St John’s: simplicity, wholesomeness and, of course, flavour. 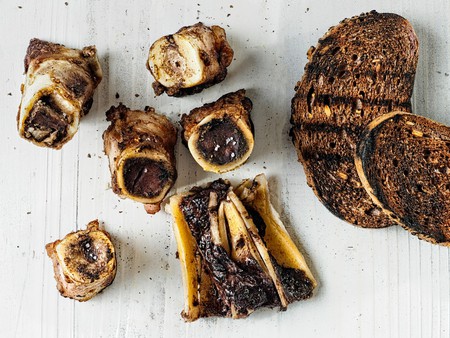 Fresh oysters on the beach, France

When it comes to oysters there’s fresh, and there’s fresh. The latter being the kind of experience you can only really have the luxury of enjoying if you make the trip to the seaside and stumble upon the kind of place the fishermen like to eat. The oyster market in the small seaside town of Cancale, for instance, is precisely this kind of place. 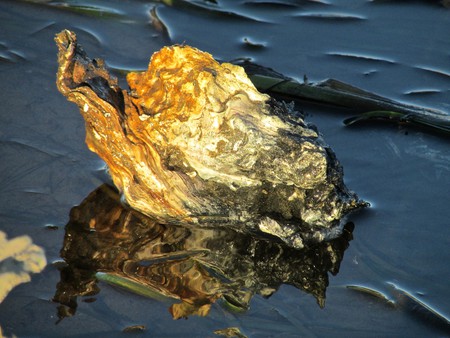 Straight off the shell | © Tara Schmidt

Yes, mollejas are sweetbreads, but the English word conjures up an image which does no justice to the experience of tucking into mollejas fresh off the asador, or Argentine barbecue. The key is to get the skin nice and crispy without overcooking the inside and serve them with nothing but a squeeze of fresh lemon and a pinch of salt. The fact that in Argentina they can often be the most expensive item on the menu should resolve any lingering doubt about just how mouth-wateringly good they are.

Another of New York’s specialities is the steakhouse and the Brooklyn institution that is Peter Luger‘s serves one of the best steaks you’ll ever eat in your life. The porterhouse steak is dry-aged in-house – for how long exactly no one knows as it’s a guarded family secret – and seasoned with nothing but salt and a little butter under the grill. 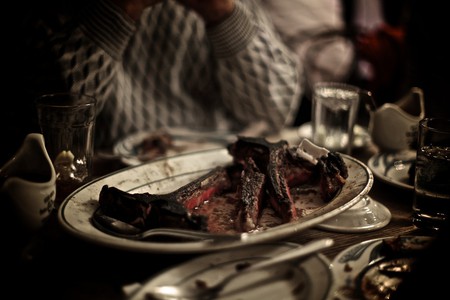 Available only between September and May, when the cows are brought in for the winter and fed exclusively on hay, the Mont d’Or is something special in the world of cheese. They hay, which is made onsite using grass cut from the farm and rich in the Alpine meadow flower gentian, gives the cheese its distinctive flavour. The cheese can be made in both Switzerland and France, but it’s only in the latter that you’ll be able to find the unpasteurised version which has the best aromas. 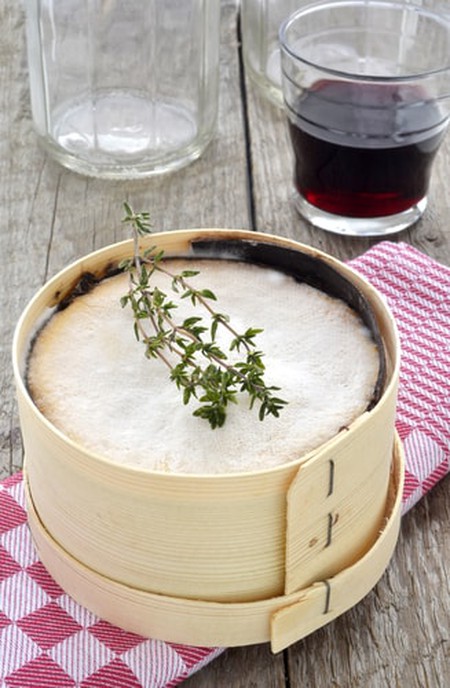 Truffles are so common place in the culinary world these days that they run the risk of being a little vulgar – even burgers get a drizzle of truffle oil for a touch of haute cuisine. That, of course, absolutely does NOT apply to the mother of all truffles, namely the exquisitely fragrant white truffles which grow around the the cities of Asti and Alba in the Piedmont region of northern Italy. There will never be anything vulgar about them. 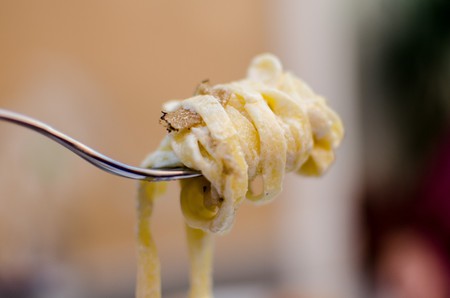 Ceviche from a huarique in Lima, Peru

If versions of ceviche can be found across South America, Peru is where it’s really at. There are leche de tigre – the mix of citrus juice, herbs and spices in which the fish marinades – in Lima which will literally make your mouth drool with pleasure. Every huarique – small family-run eatery – has its own recipe, but what you really want is the careful balance of acidity and freshness with just a touch of sweetness from sweetcorn or sweet potato.

The most iconic of dishes from the world’s most famous restaurant. The French Laundry is nothing less than a legend among chefs, with Anthony Bourdain proclaiming that it was ‘the best restaurant in the world, period’. Head chef Thomas Keller’s signature dish and a constant on the restaurant’s menu, Oysters & Pearls is a rich magic of tapioca pearls, oysters, and white sturgeon caviar. 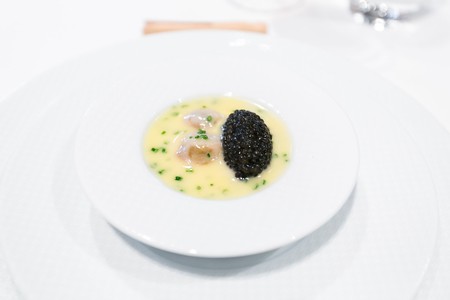 It could be a simple steak frites, or moules à la crème, a boeuf bourguignon or coq au vin. It just has to be one of those dishes you find scribbled on a dusty chalk-board hanging from the wall of an old bistro in the Montmartre or a bouchon in Lyon – and that’s where you need to have gone to eat it. It can’t be too modern or fanciful, no over-the-top presentation. Just a good old-fashioned French classic served the way your (imaginary) French grandmother would serve it. 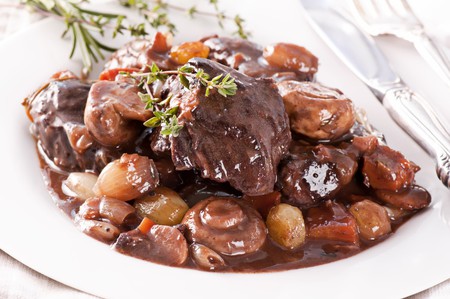 Okay, so this is basically a pork sandwich. But it’s also the main reason that David Chang is the successful restaurateur he is today. There’s nothing particularly interesting about the way it’s made, the sauce is bought in, so are the buns. The pork is cured for 24 hours before being cooked for two-and-a-half hours, but not even that’s particularly remarkable. And yet it’s made its way to the ultimate New York foodie bucket list and has made the pork bun an American staple. 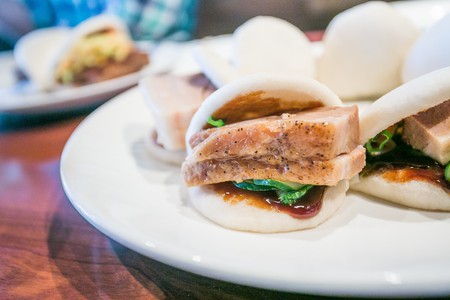 The street food of Bangkok, Thailand

Some people go to Thailand for the beautiful scenery, the friendly atmosphere, the ancient temples, or the infamous party scene. The reason you went to Thailand was for the food – more precisely, the street food. Dishes with flavours so fresh and so intense that your brain struggles to comprehend what you’ve just ingested. 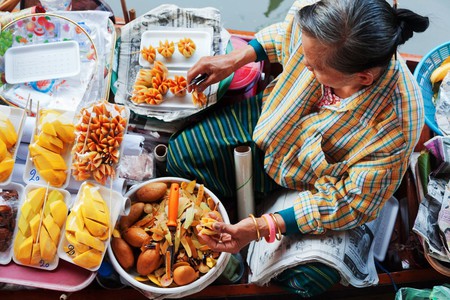 ‘Why not from Mexico?’ you say. Well, there’s something practically unavoidable about eating the best tacos in your life if you go to Mexico. But if you’ve gone out of your way to hunt down Leo’s taco truck in LA then you were serious about getting your hands on a good mouthful of taco. The Al-Pastor is what draws in the crowds as well as the fact that they go for just a buck a taco, making them some of the cheapest in town too. 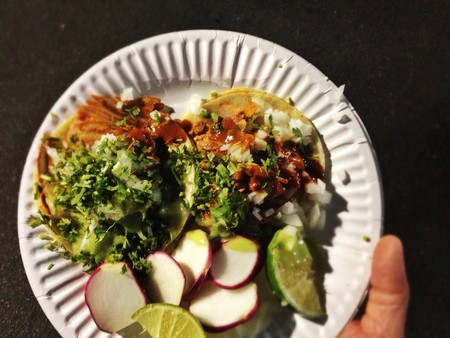 Something of a controversy among wine-lovers, ‘natural wine‘ is the new go-to term for wines made with little chemical intervention. They’ve produced some rather outstanding results – as well as some which are remarkable for all the wrong reasons. Producers across Europe, the US and even South Africa and Australia have started to dabble in a more natural production method. Leave that Grand Cru Bordeaux where it is for now and take the plunge – they do say once you go natural you can’t go back.