Writing The City: The Literary Capitals of Europe 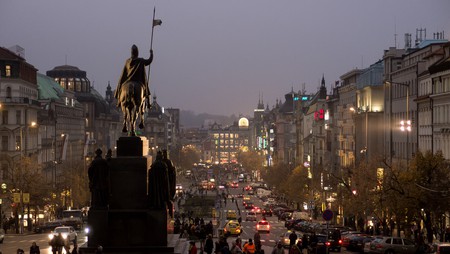 he birthplace of one of the world’s most prestigious libraries, numerous writers’ houses, literary museums and poetic festivals — the European continent contains an incredible array of literary culture and history, especially in its capital cities, which have fostered the development of literary culture for centuries. Discover ten cities in Europe that are famed for their prominent role in the literary history of the continent and are still known for their influence and inspiration upon literature and literary figures.

Amsterdam’s renown as a world book capital has been present ever since the Golden Age of the Dutch Republic in the 17th century. The city has always opened its doors to writers fleeing oppression elsewhere and, along with the open-mindedness of the book trade, this tradition has ensured the Dutch capital’s thriving success as a literary hub. As the home to many printers, bookshops, publishers and antiquarian booksellers, UNESCO granted Amsterdam the title of World Book Capital in 2008. Some of the best and most quaint bookshops are to be found in the 9 Straatjes (Nine Little Streets) area near the canals. The store Boekie Woekie offers the best collection of small press and literature publications in Amsterdam, including artist books, many of which are works of art themselves. 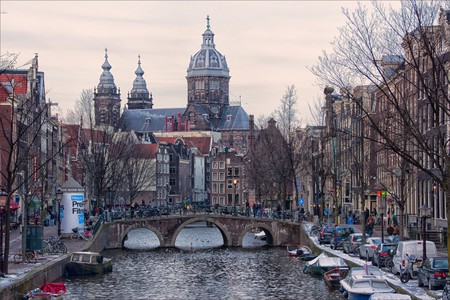 Prague’s greatest writers include the authors Franz Kafka, Milan Kundera and the poet Rainer Maria Rilke. Kafka was born in 1883 on the corner of Kaprova and Maiselova streets in the Jewish Quarter and although the house that Kafka was born in has since been demolished, the Kafka Museum is a must see for an intriguing insight into the life of this literary legend. The museum offers more than just a display of manuscripts and a timeline, it manipulates environmental factors to take you inside of both Kafka’s personality and those of his characters. Rainer Maria Rilke regularly spent time in Café Slavia in the centre of Prague, and wrote a scene that takes place in this eatery in Two Stories of Prague. Located opposite the National Theatre, this café was frequented by many of Prague’s writers and intellectuals and can still be visited today.

The capital of Belgium is home to the annual European Literature night, an evening where seventeen different works by European authors will be read aloud at several cafes and bookshops. Aiming to bring contemporary literature to the general public in an innovative way, this event offers you the chance to take in some readings whilst cruising the streets of Brussels. If you miss this event, be sure to check out the Archives and Museum of Literature (AML) for a taste of literary Brussels. Founded in 1958, the AML is a centre for documentation and research into the literary, theatrical and publishing heritage of French-speaking Belgium. Working with the Royal Library of Belgium, the Museum collects, sorts, catalogues and preserves documents relating to Belgian authors such as Michel de Ghelderode and Maurice Polydore Marie Bernard Maeterlinck, among others. The special collections include highlights by some of the most remarkable avant-garde writers; such as the works of Emile Verhaeren and André Baillon. 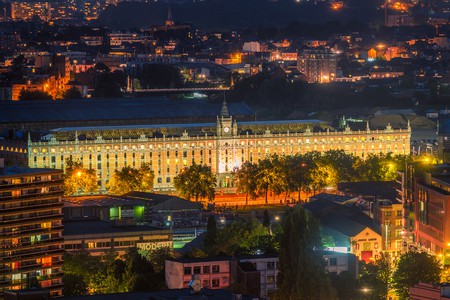 Founded in 1957, the National Museum of the Romanian Literature’s mission is to retrace the history of Romanian literature and to develop the understanding of the national literary form in all of its manifestations. The creation of a museum dedicated to literature, with the mission of gathering together, researching and displaying to the public the treasure of literary manuscripts was the idea of academic Dumitru Panaitescu Perpessicius. The patrimony consists of some 300,000 exhibits, ranging from manuscripts and old books to periodicals.

The city of Reykjavík became the fifth UNESCO City of Literature by official nomination in 2011, distinctly being the first and thus far, only non-English speaking choice. Reykjavík is the home of Icelandic medieval literature, including the Sagas of the Icelanders and the Poetic Edda, landmarks of world literature that are still widely read and translated today. The Árni Magnússon Institute for Icelandic Studies in Reykjavík is the centre of this literary heritage and represents the nation’s identity. The Institute preserves manuscripts, conducts research on them and publishes texts for the public, in addition to offering research facilities for scholars and students. The Arnamagnean Manuscript Collection was added to the UNESCO Memory of the World Register on July 31st 2009. The Reykjavík International Literature Festival has also been held biannually since 1985. 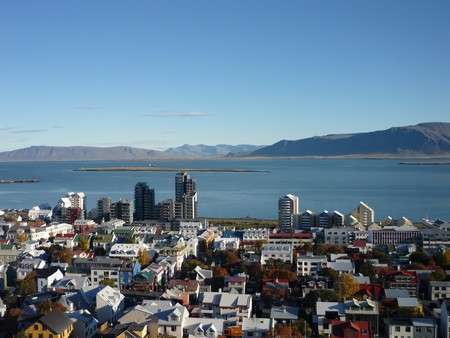 Once described as ‘the most abstract and intentional city in the world’ by Fyodor Dostoyevsky, this vibrant Russian city has provided the backdrop for several classic and modern literary works. For Dostoevsky fans there are a wealth of sites to visit in St. Petersburg as two-thirds of his oeuvre is set in the city. A tour to St. Petersburg following in Dostoyevsky’s footsteps would not necessarily take you to the popular tourist spots as the writer concentrated more on the lower-class residents of the great city rather than the stylish promenades of the Nevsky Prospekt. The city has also inspired other writers such as Anna Akhmatova, Alexander Pushkin, Alexander Blok and Nikolai Gogol. Travellers to this Russian city can visit the prison that inspired Akhmatova’s poetry, the Statue of the Bronze Horseman that came to life in Pushkin’s eponymous poem, and the Heritage Museum in which a young Vladimir Nabokov wooed his teenage sweetheart.

No city has attracted so much literary talent, launched so many illustrious careers, or produced such a wealth of enduring literature as Paris. Perhaps the most literary city on earth, from the 15th century through to the 20th, poets, playwrights and novelists, famed for both their work and their lives, were shaped by this enchanting place. One of the intellectual capitals of the world, Paris has long been a centre for writers of all nationalities. From Stephane Mallarme, Gustave Flaubert and Marcel Proust, writers have presented a storied past for generations. Early in the 20th century, Paris was home to the ‘Lost Generation’, a loose collective of American authors who were fleeing the stifling conservative atmosphere of the USA. Hemingway, Fitzgerald, Ezra Pound and Gertrude Stein all decamped to the City of Light to live and write freely. Top philosophers like Jean Paul Sartre, Jacques Derrida and Jean Baudrillard among other exceptional thinkers also frequented the French capital. The literary atmosphere of Paris is still very much alive in the lively cafes and bookshops of the Left Bank and the Latin Quarter. 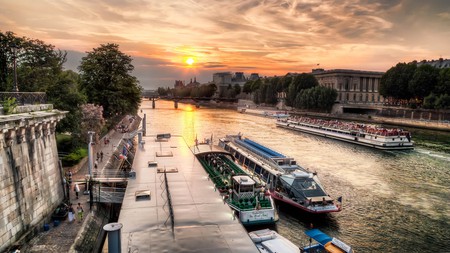 The capital of the UK has undoubtedly had the biggest global influence on English language and world literature. The British Library is one of the largest libraries in the world and holds over 150 million items from several countries in a variety of formats and languages. Here, you can view the 1215 Magna Carta and many manuscripts, including Charlotte Bronte’s Jane Eyre and Nicholas Nickleby by Charles Dickens. Few places are as full of literary landmarks; highlights include Shakespeare’s Globe Theatre, John Keats’s House Museum, and the Charles Dickens Museum. The annual London Literature Festival also brings together international world-class poets, authors and speakers representing the spectrum of creative disciplines for more than a week of talks and events.

The birthplace of James Joyce and Nobel Prize for Literature winners George Bernard Shaw, William Butler Yeats and Samuel Beckett, Dublin is one of the literary capitals of the world, let alone Europe. Designated a UNESCO City of Literature in 2010, Dublin’s literary tradition dates back thousands of years to when monks would transcribe the Bible into manuscripts, the best surviving example (The Book of Kells, which dates back to 800 AD) is on show at Old Library at Trinity College. The Dublin Writers Museum celebrates the spectrum of the country’s literary heritage, beginning with its roots in Irish poetry and Celtic storytelling. The Abbey Theatre, founded by poet W.B. Yeats in 1903, is still going strong with productions by classic and contemporary playwrights. Top literary attractions include the James Joyce Centre, National Public Library of Ireland and St Patrick’s Cathedral, where writer and satirist Jonathan Swift was Dean from 1713 to 1745. 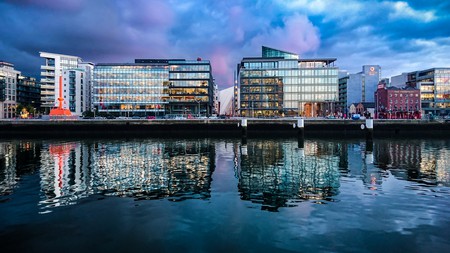 Edinburgh is renowned for its literary connections and in the year 2004, became the world’s first UNESCO City of Literature. The Scottish city certainly has a rich literary history, being the former home of literary residents such as Sir Walter Scott, Muriel Spark and Robert Louis Stevenson. The centre of Edinburgh displays the biggest monument to a writer anywhere in the world, the Scott Monument, which is dedicated to Sir Walter Scott, considered one of Scotland’s greatest writers. Founded in 1446, the richly and luxuriously decorated late-Gothic Rosslyn Chapel featured heavily in Dan Brown’s novel The Da Vinci Code. Brown was not the only writer to be inspired by the Rosslyn Chapel, Sir Walter Scott and renowned poet William Wordsworth has all featured the building in their works.