Without These Words, Languages Cannot Survive 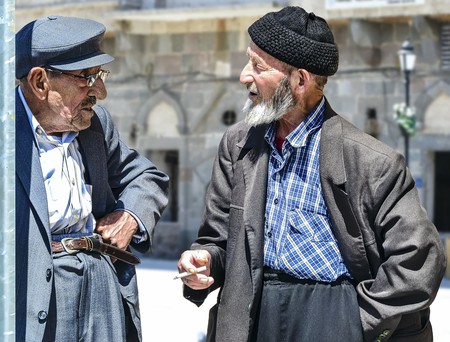 Language is a complicated creature and, as everybody knows, it’s not just what you say but how you say it that matters. In fact, a profound set of meanings is hidden in the apparent gaps in conversation with sounds like “um,” “ah,” “er,” “hmm” and “huh” conveying much more than they’re usually given credit for. These two- and three-letter utterances, often not even considered words at all, are actually crucial signals that make conversation possible.

Though we can learn a lot from studying language in its written form, some linguistic nuances simply aren’t found in text. Everyday chatter is messy, free-flowing and ultimately less controlled than the written word – making it harder to study. However, linguistic anthropologist N.J. Enfield’s latest book, How We Talk, does just that.

Delving into the minutiae of conversation, Enfield – a linguist at the University of Sydney – proposes that these slight pauses and seemingly inarticulate sounds are in fact vital for communication. Armed with the right tools, we can take turns when talking, give and receive feedback and correct errors in speech. In other words, successfully hold a conversation.

Even in casual conversation, people tend to respond to each other within one-fifth of a second, so it’s clear these cues are occurring within an extremely small time frame – and words such “um” and “hmm” quickly and efficiently reveal a lot of information.

“Um” can signal recognition of a question while buying time for the speaker to formulate a detailed response. As well as this floor-holding usage, “um” can also give the other person the chance to reword the question. “Uh” has similar functions and can be helpful in correcting errors – “there were thre—uh, four coins”.

The commonly used “mm-hmm” and “uh-huh” relate that the listener is following along and to keep the conversation going. “Huh”, on the other hand, signifies a query. This could be a misunderstanding or mishearing, or simply a point the listener would like clarified. 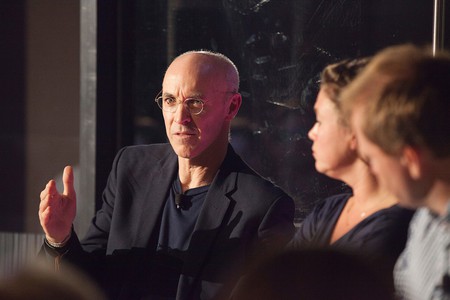 Enfield’s work into the three-letter “huh” actually goes even further. In 2013, he co-wrote a study declaring that this tiny sound is actually a universal word, understood all around the world. The paper looked at 10 languages across five continents and found that “the similarities in form and function of this interjection across languages are much greater than expected by chance.”

Not only is the use of “huh” similar across cultures, it also has to be actively learned, unlike grunts or emotional cries, which are innate and also present in the animal kingdom.

This universal signal in conversation, as well as all those other little words we barely even notice while chatting, are the drivers of what Enfield calls the “communication machine”. Without them, languages would take on a very different form.

Want to find out more about the science of language? Read: ‘It’s Official: Beer Makes You Better at Foreign Languages‘ and ‘Why You Are More Likely to Lie in Your Second Language‘.