The Top 12 Historical Destinations In Europe You Didn't Know About

We all know about the Eiffel Tower, the Tower of London, and the remains of the Roman Empire scattered across Italy and beyond. But for travelers looking to experience something a little different, it can be tricky to sidestep the tourist traps and hordes of people looking at the same old sites. Here is a guide to lesser-known destinations across Europe, offering a more intriguing travel experience. 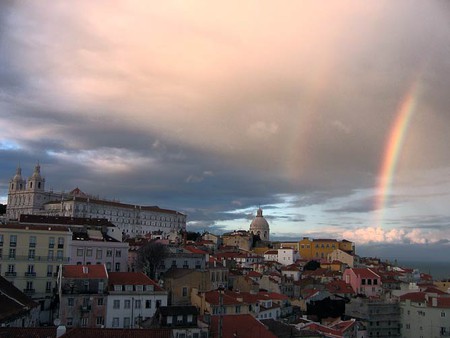 The Alfama is the old quarter in the city of Lisbon, an area full of baroque churches, castles and monasteries built around a web of narrow streets and passageways. The name is taken from the Arabic word al-hamma, meaning ‘hot springs’, illustrating the roots of the area in the period of Islamic rule on the Iberian Peninsula. The Moorish Castle of Sao Jorge peers down over the Alfama area, which also contains the Museum of Decorative Arts, housed in an opulent 17th century townhouse. Other sites worth visiting are the Cathedral of Lisbon, and the Monastery of Sao Vincente de Fora, in which royal tombs can be found. 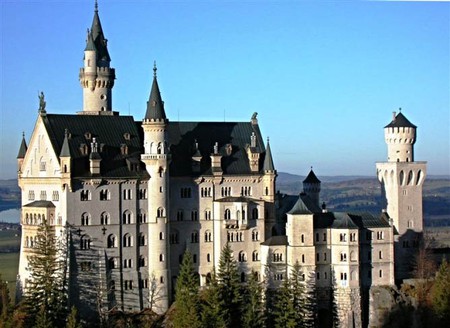 The Romantische Strasse runs through the German regions of Bavaria and Baden-Württemberg, taking travellers through the most picturesque and unspoilt towns of Germany. The route was once an important trade route that linked the northern and southern regions of Germany, and runs through towns including Augsburg, Würzburg, and the medieval walled cities of Rothenburg ob der Tauber, Nordlingen, and Dinkesbühl. As the road winds its way south it comes to the Bavarian Alps and the spectacular folly of Neuschwanstein, the Wagnerian castle built for the mad Ludwig II of Bavaria. 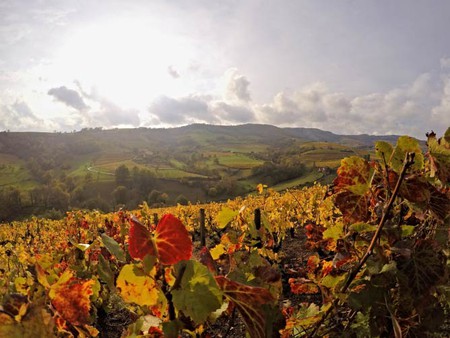 Beaujolais in the Rhône Valley has been a center of viticulture ever since the Romans first cultivated vines. The Beaujolais Route is not a fixed-route journey, but can be navigated according to each traveler’s whims and caprices. Stop and visit the vineyards and sample the vintages according to your preferences. Many winemakers also offer guest houses or chateaux at which you can spend the night. Make sure to stop by the towns of Villefranche-sur-Saône – the present capital of Beaujolais – as well as Beaujeu, historically the capital of wine-making in Beaujolais, to gain more information on the region. 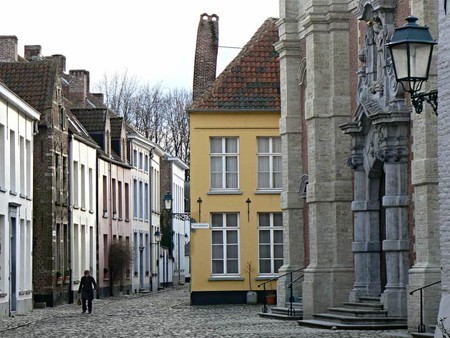 The Béguinages of Flanders are miniature enclosed towns first formed around 1200 by béguines: women who dedicated their lives to God, but were not willing to retire from the world entirely. They took vows that were temporary and lived in enclosed communities made up of churches, houses, and courtyards. There were once hundreds of these communities in the Low Countries, though only around thirty have been preserved. A few béguines remain active today in Leuven and Ghent. UNESCO rates the Béguinages as important World Heritage Sites for their beautiful Flemish vernacular architecture and an important record of women’s’ history. 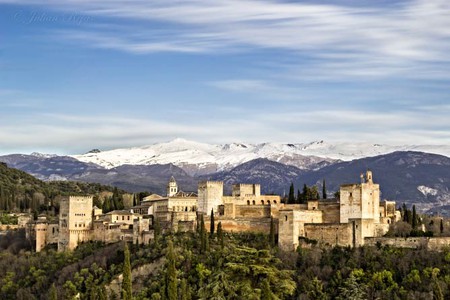 The Alhambra in Granada, Andalusia is one of the most beautiful Islamic palaces and fortress complexes in the country. Located in in what is today considered southern Spain, much of the Alhambra was built by the Islamic Emirs and Sultans of Granada in the 13th and 14th centuries before it was expanded by the later Christian rulers of Spain, such as the Holy Emperor Charles V. The Alhambra complex contains extraordinarily ornate pleasure gardens, fountains, quadrangles, archways, and also features magnificent Islamic script and arabesque decorations celebrated by poets and writers in the Golden Age of Andalusia. 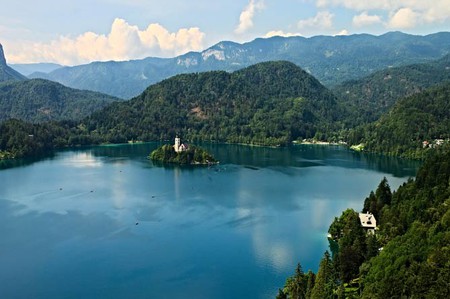 Lake Bled in Slovenia is as picturesque as any of the more well-known Italian lakes. It boasts at its center, the fairy-tale Bled Island on which the ancient pilgrimage church of the Assumption of Mary, still stands. The church in its current form dates to the late 17th century, adorned with frescoes within that are much older. Local tradition says that weddings conducted in this church included a tradition where the groom would carry his bride up the 98 steps leading to the church. The lake is surrounded by the Julian Alps in northern Slovenia, around 35 miles from Ljubljana. 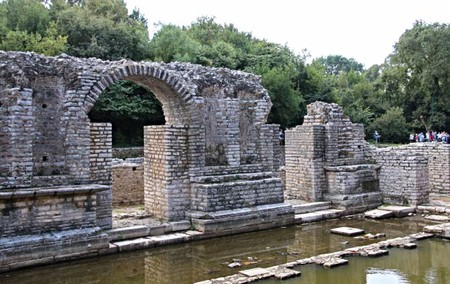 Buthrotum, or Butrint in Albanian, is a ruined Greek and Roman city in what is today northern Albania, not far from the Greek border. The city grew considerably during the period of Roman control after Caesar, who designated it a colony for veterans of the wars against Pompey the Great. Augustus later renewed those plans and expanded the city, building an aqueduct, forum, theater and nymphaeum. The city size doubled and thrived until its decline during the period of the Later Empire. Today the site has been excavated, and is open to visitors as part of the Butrint National Park. 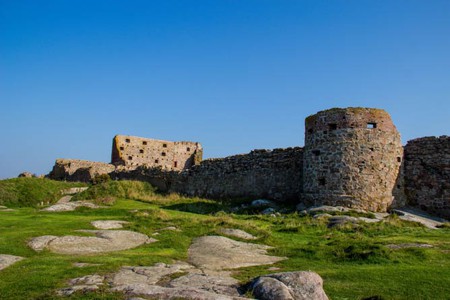 Bornholm is a little-known Danish island in the Baltic previously ruled by Sweden, Germany, the Hanse city of Lübeck, the Soviet Union, and currently by Denmark. The largely unspoilt island boasts much historic architecture, including 300 wooden houses donated by Sweden to rebuild the island following the Second World War. The medieval churches of the island contain idiosyncratic round designs. Even older are remains of a sun temple, and the iron age earthworks of Rispebjerg. Much of the island’s economy today is focused on cottage industries and traditional arts and crafts. 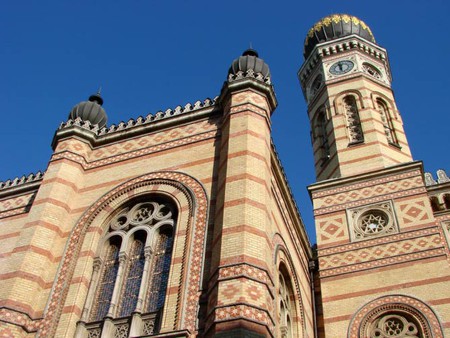 The Great Synagogue of Budapest

The Great Synagogue is the largest synagogue in Europe, and a place of huge aesthetic, religious, and historical significance. Built for the Jewish community of Pest in the 1850s, the architect based his design on Islamic buildings as he believed was no distinct Jewish style. Today the Synagogue complex also contains a graveyard, the Jewish Museum of Budapest, and the Heroes’ Temple dedicated to Jewish soldiers who died in the First World War. Where the Museum currently stands was where the home of Theodore Herzl previously stood, the founder of Zionism.

The Wieliczka Salt Mine

The Wieliczka Salt Mine in southern Poland sounds like a mundane sort of place, except for the fact that the tens of thousands of miners who worked there from the 13th century until the end of commercial mining in 1996 carved out thousands of statues, sculptures, and even a huge underground cathedral in their work space. The salt mine is one of Poland’s Historical Monuments and on the UNESCO World Cultural and Natural Heritage list. The mines have been used for underground concerts, meetings of poets and writers over the centuries, and have been visited by figures such as Copernicus, Goethe, and Chopin. 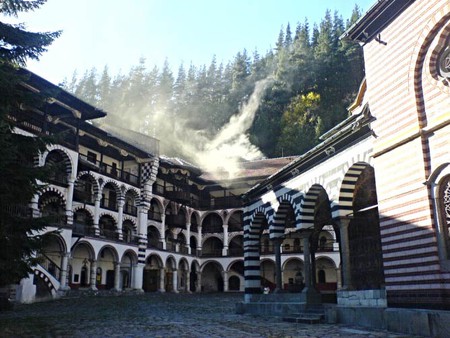 In the Rila Mountains, south of the Bulgarian capital of Sofia, is the largest Orthodox monastery in the country. The monastery is famed within Bulgaria as one of the most important cultural and religious centers during the centuries of foreign occupation and is pictured on the country’s banknotes. Much of what we see today at the monastery belongs to the 19th century and the period of Bulgarian National Revival, though the roots of the monastery in the Rila Mountains are believed to extend back much further to the 10th century.

Located in the Marche region of Italy, Urbino is a perfectly preserved walled city. The birthplace of the great painter, Raphael, this Renaissance city is built on a hillside, and largely remains as it was when the Duke of Urbino, Federico da Montefeltro, ruled between 1444 and 1482. Many Romanesque and Baroque churches still stand alongside several palazzos that belonged to Urbino notables, and the Albornoz Fortress, which was built by Papal legates in the 14th century. The central point of Urbino is the Ducal Palace, built for Federico – a superb building and complex that now houses an important collection of Renaissance paintings.