This Map Shows all the Disappearing Languages in the World 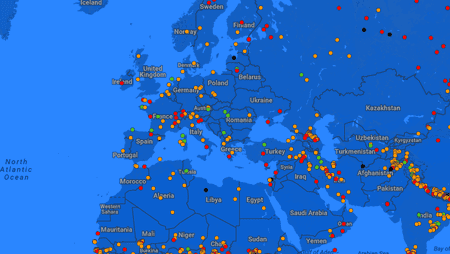 Amazingly, there are 7,099 languages still spoken in the world. Sadly, one-third of them are under threat of extinction – many of which only have up to 1,000 people speaking them today.

In an effort to show you which languages could disappear sooner than expected, the language gurus at the Alliance for Linguistic Diversity created a cool interactive map highlighting the most endangered tongues across our wonderful globe.

Entitled the Endangered Languages Project, the map is split into three categories: languages at risk, languages severely endangered, and languages with vitality unknown. In addition to all the impressive dottage you see above, the colourful piece of cartography also provides tons of info about the number of native speakers left, as well as their language’s status. 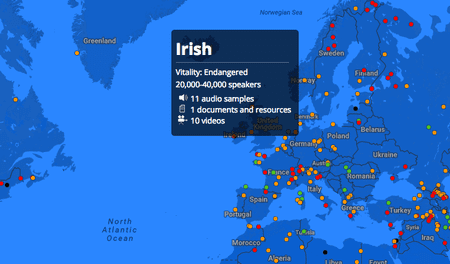 All you have to do is hover over a pin, and voila, you can find out if your own language might never see the light of day again.

Love maps? This one shows what every American ‘hates’ in their state!