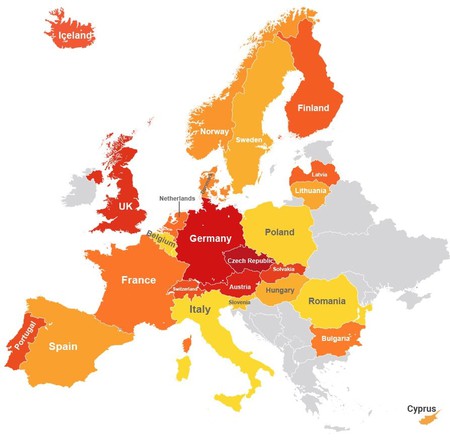 Officer supplier Viking looked into gender disparities across the EU to see which European countries offer the best salaries, healthcare, pensions, career opportunities and more for women in the workplace.
Unfortunately, it seems that even the top economies in Europe are leaving women behind when it comes to equality in pay. 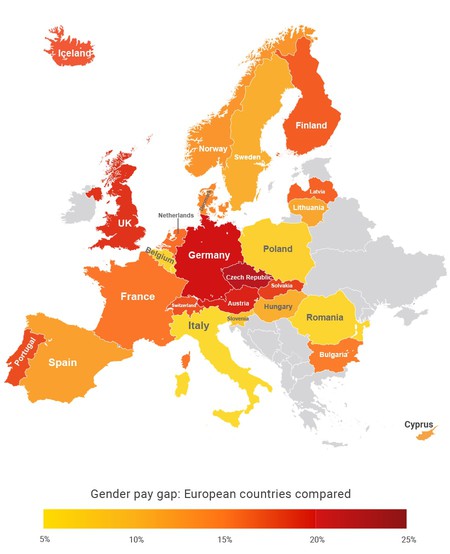 In both the UK and Germany women are paid more than 20% less than their male counterparts, despite the UK leading the the ranks for female career progression – a finding that suggests that advancing to top management positions has not halted gender pay disparity. 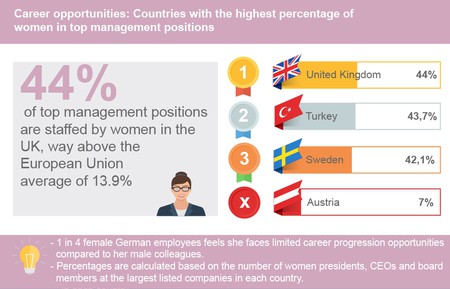 The UK offers one of the longest maternity periods in Europe at 52 weeks, but around 75% of UK mothers say they’ve suffered some form of discrimination as a direct result of their pregnancy. In France, 1 in 4 mothers say that having a child has had a negative impact on their career. 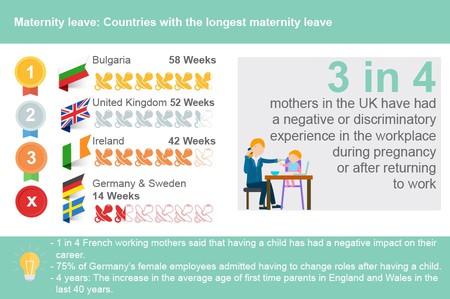 Accounting for differences in currency valuations and the cost of living in each country, women in Luxembourg earn the most, followed by women in Ireland and Belgium. Bulgarian women are paid the least, while the UK ranks 12th among the 28 EU countries. 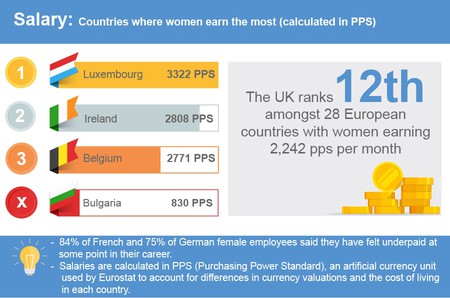 Based on self-reported responses of more than 2,000 working women across Europe, Bulgaria, Lithuania and Latvia have the least-stressful work environments for women. In the UK, more than half (54%) of female employees say they have to work at very high speed or to tight deadlines, bringing the country to almost the bottom of the list. 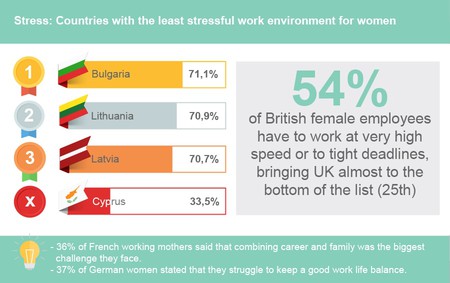 The Netherlands, Denmark and Sweden are leading the way for flexible working, while in Romania, less than 1% of female employees are given the opportunity to work from home. 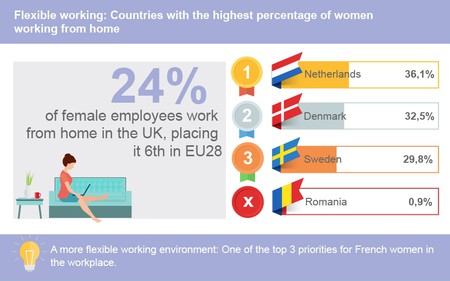 When it comes to healthcare, the Netherlands, Belgium and Luxembourg offer the strongest systems in Europe, based on factors including patient rights, treatment outcomes. 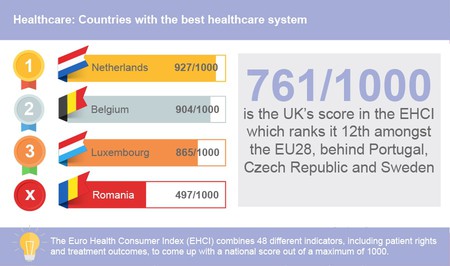 While 15 out of 27 EU countries offer the same paid holiday allowance of 20 days per year, France and Finland lead the way with 30 days paid leave per year. 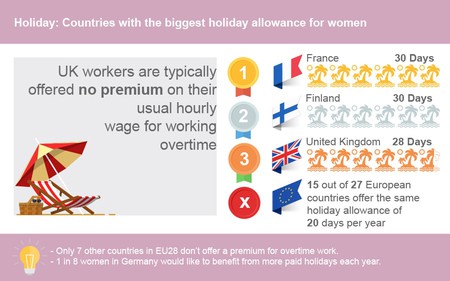 When it comes time to retire, Greece and Slovakia have the youngest requirement age, at just 57. Across the EU, the average age is 60.8. 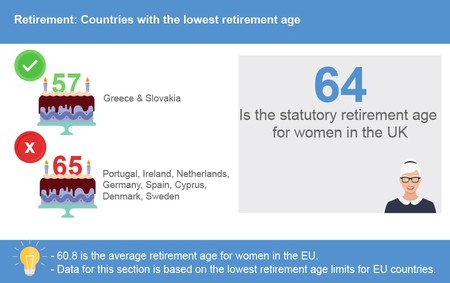 For further analysis on Viking’s findings, visit their blog. For more on gender disparity in the workplace, read about the funding biases faced by women in tech.