The World's Most Unique Subway Systems 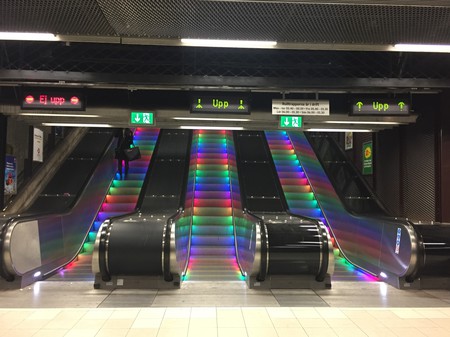 In an ever-expanding population, urban areas need to create practical and innovative means of transport so that the masses can get anywhere quickly, cheaply, and conveniently. London paved the way in 1863 with the first underground train system, which has carried billions of passengers to their destinations since its inception. Many urban zones have since recognised the utility of a subway system and installed highly successful versions, each with their own individual quirks.

You can’t talk about underground systems without mentioning the London Underground, which spans a whopping 249 miles (400 kilometres), comprising 270 stations. Although the Tube has not changed too much since it was first erected almost two centuries ago, it is one of the quintessential symbols of London, and there is a plethora of history behind the various station names and lines. British humour is delightfully illustrated at station stop noticeboards to keep travellers smiling on their commutes, and don’t forget to Mind the gap! 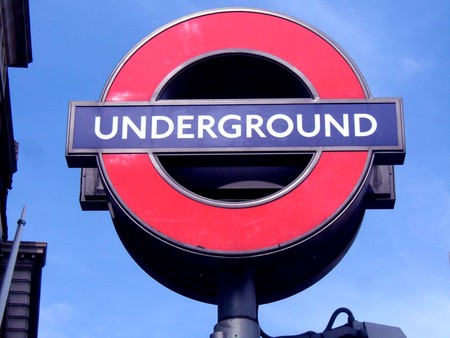 Stockholm’s modern, eclectic subway system reflects the effortless practicality and style that is associated with the Scandinavian countries. The Tunnelbana is well-kept and timely; all of the stations are well-connected and placed within the suburbs as well as the main tourist attractions. The unique selling point of this system is that it boasts the world’s longest art exhibition; each station is uniquely decorated to reflect a certain theme. You can go on a T-Bana art tour, or do a self-conducted one using the metro map. Stockholm also makes eye-catching use of its escalators; most are lit up in rainbow LED lights, adding colour to an everyday commute. 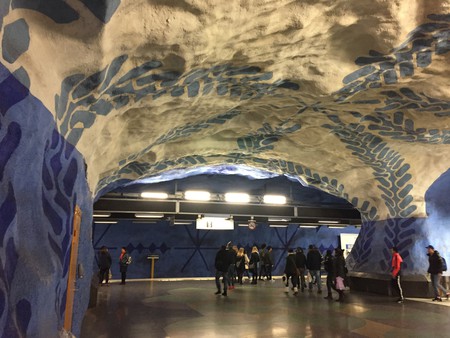 Barcelona, like many tourist-dense cities, offers a huge number of stops to suit individual tourist itineraries, so depending on what entrance to Park Güell you wish to use, you have the luxury of choosing from two or three different stations. Their metro also utilises the signs to show which way the doors are opening to you can brace yourself in the correct direction for your departure. Barcelona also do not tier their prices according to a ‘zone’ system; it costs the same to get to any stop, with the exception of Barcelona El Prat airport. 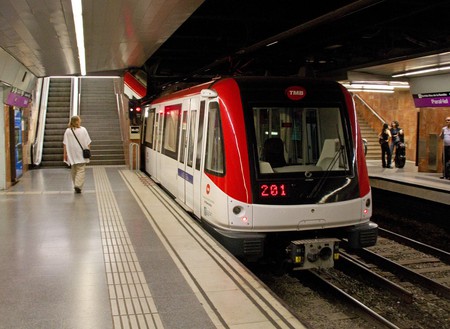 Paris has one of the densest underground rail networks in the world, and it is also the second busiest in Europe. The City of Love has no shortage of buskers showcasing quaint romantic ditties on accordions all through the day; or beautiful Art Nouveau-inspired metro design that make you feel like you’re the protagonist on the set of a French rom-com. Paris is the only metro that has an entire station, Arts et Métiers, designed to look like a submarine – the brain-child of the Belgian cartoonist François Schuiten. 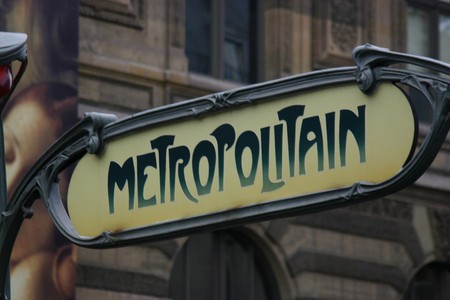 Shanghai is the world’s longest rapid transport system, with 365 miles (588 kilometres) of track. The Shanghai Metro also has an official mascot: a blue robot called ‘Chang Chang’ which means ‘smooth traffic’ in Chinese. 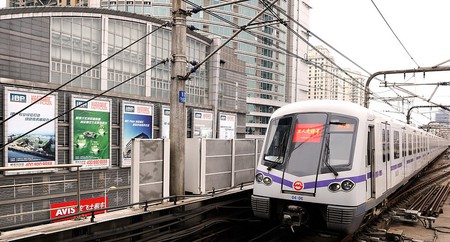 The MTR is globally renowned for being the most profitable, cleanest, and most efficient metro system in the world. Hong Kong prides itself on being one of the least car-dependent cities in the world, partly thanks to its brilliant metro system which is celebrated by locals and visitors alike – you won’t hear any grumbling aboard one of these trains. 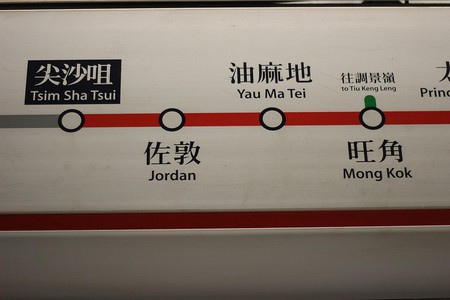 Subway-using city-dwellers are far too familiar with being abruptly disconnected mid-phone conversation or not being able to take or receive calls, unless you are lucky enough to live in Seoul. The South Korean capital ensures that you’re connected physically as well as cellularly – it is arguably the most well-connected subway system; it facilitates mobile phone usage, as well as all trains and stations being mobile data and Wi-Fi-enabled. It also has heated seats so that travellers don’t freeze during the cold winter months. 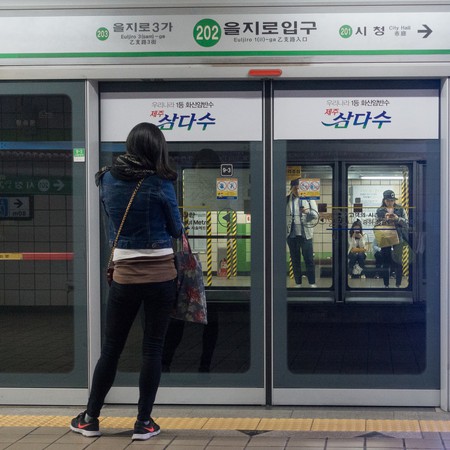 Waiting for the Seoul Subway | © leifbr/Flickr

Another golden oldie classic – the hardworking New York Subway is in operation 24 hours a day, every day; has the highest number of stations out of any subway in the world; and is the busiest North American metro network – it’s not called the City That Never Sleeps for nothing. 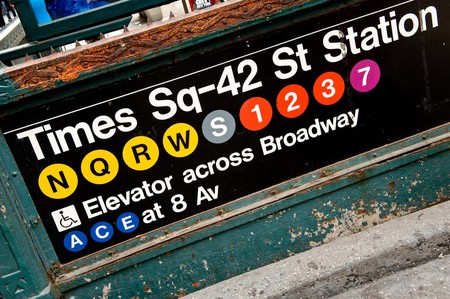 Look no further than the Moscow Metro for royal, Orient Express-esque regality. It exhibits wonderfully ornate ceilings and architecture, making you question whether you’ve stepped into an actual Renaissance art gallery or a transport hub. Around a quarter of the stations are listed as Russian cultural heritage sites. 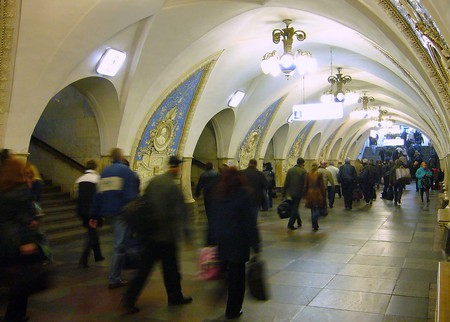 One of the newer and less developed rapid transit systems on this list still in a relatively infantile stage, Dubai Metro is included due to its unusual provision of separate classes on each subway carriage. This splits travellers into: Gold Class, Silver Class, and Women and Children Class. The idea of female-only transport has been played with and implemented in other major cities too, in order to curb the prevalence of assault on public transport to make travelling safer for everyone. 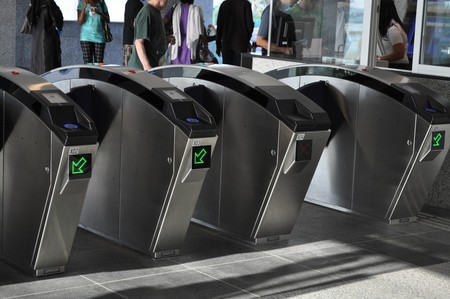 Tokyo’s subway is enormous. Some stations have an absurd number of exits, for example, Shinjuku station with a hearty 200… Despite how overwhelming this might seem, Tokyo is proud to host one of the cleanest, most orderly and most efficiently run subway systems in the world. Their subway is so clean that there are no dustbins for landfill waste at any of the stations, yet there is no rubbish left at any of them regardless. People queue in lines to alight, and the trains run like clockwork. If this wasn’t attractive enough, there is also an implicit ‘no noise’ policy on carriages, so you could hear a pin drop. Tokyo Subway also famously employs ‘Pushers’ who, as the name suggests, push people onto carriages during peak times. 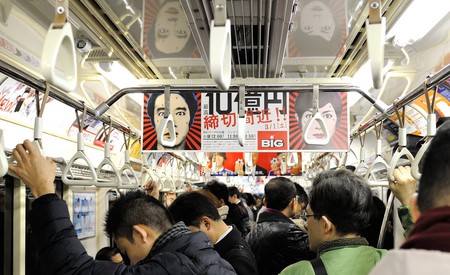 We have considered cities with impressive art displays on their underground systems, but Athens offers a uniquely captivating experience by navigating through displays of archaeological remains on some of its routes. Sites and artefacts of archaeological interest were discovered when the metro was being constructed, and were subsequently rescued and preserved. Replicas of many of these artefacts can be found in exhibitions at several station stops. 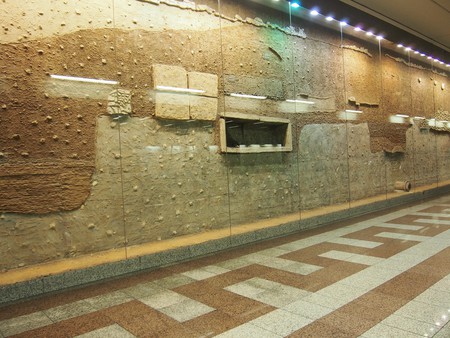