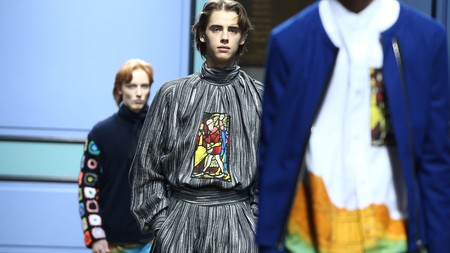 Parisian haute couture, the authority of ’Made in Italy’, and the creative streets of London have each played a part in establishing fashion deep in the roots of European culture. From Dutch Iris van Herpen to English Stella McCartney, here are a list of designers that continue to keep the reputation of European fashion brands strong.

As the daughter of Beatles singer Paul McCartney and photographer Linda McCartney, Stella McCartney has creativity in her DNA. The designer graduated from London’s leading design university, Central Saint Martins, and despite many doubts from critics, she proved herself by successfully bringing a feminine, romantic touch to Parisian brand Chloé. McCartney stayed on as the creative director until 2001, after which she started her own label, defined by contemporary feminine designs and tailoring and ethical, animal-friendly values. She has also had an on-going women’s sportswear line in collaboration with Adidas since 2004, and in 2012 she designed the uniforms for the British Olympic team.

One of fashion’s biggest names is self-taught French designer Nicolas Ghesquière. After landing his first major job as Jean-Paul Gaultier’s assistant, he became the creative director of fashion house Balenciaga in the late 1990s. Ghesquière was only 25 years old at the time, and by turning the label into one of the most sought-after, he made a name for himself as an avant-garde visionary. He stayed at the house for a total of 15 years before entering his current title as creative director at Louis Vuitton, through which he has continued to build his reputation as one of the most influential fashion names of our time.

Dutch designer Iris van Herpen is known for futuristic and innovative designs that blur the boundaries of art, technology, and fashion. She can be compared to Alexander McQueen, whose label she had experience working for before she started her namesake label in 2007. She often collaborates with artists and scientists, and her more conceptual garments have been seen in notable museums and exhibitions. Both the conceptual haute couture and slightly more wearable ready-to-wear line showcase some of today’s most forward-thinking designs, which represent the result of an unusual combination of traditional techniques and new technology. 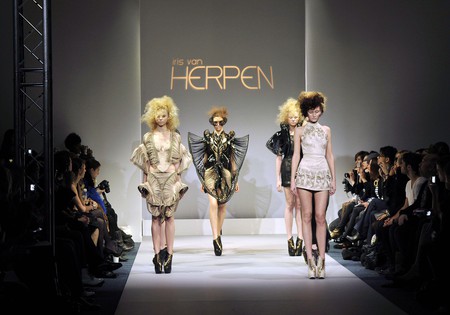 In 2017, British designer Phoebe Philo gave up her position as French brand Céline’s creative director after 10 years of working with the fashion house (much to the dismay of many celebrities). Her work is considered as the epitome of chic. Philo is said to have redefined womenswear with her minimal aesthetic, neutral colour palette, and effortlessly wearable designs, and she is one of the most followed designers worldwide. She also trained at Central Saint Martins and traced McCartney’s footsteps by becoming her design assistant at Chloé. She was named one of the world’s 100 most influential people by Time magazine.

The European contemporary designer with the most cool, urban approach is Isabel Marant. The French designer founded her fashion house in 1994, and her collections effortlessly capture Parisian bohemian influences, often inspired by travel and ethnic cultures. She’s known for accessories, especially boots, as well as her ready-to-wear collections. Marant is also the designer of a more affordable line consisting of simplified wardrobe essentials called Etoile. The signature aesthetic of the designs, which are both feminine and edgy, is so popular that when her high street collaboration with H&M was released online, it crashed the website and sold out in minutes.

Haider Ackermann was born in Colombia but adopted by a French family and grew up in the Netherlands. He studied design in Belgium at Antwerp’s Royal Academy of Fine Arts and created his label in 2001. Similar to Isabel Marant, he designs contemporary urban clothing, but in a way that’s much edgier, moodier, and avant-garde. Ackermann is known for draping, layering, and contrasting. He has been compared to Yves Saint Laurent and approached to design for many big design houses, including Dior and Martin Margiela, but has so far declined. Karl Lagerfeld has even publicly called him out as being worthy of the title of Chanel’s next creative director.

Simone Rocha is a young Irish designer who graduated in 2010 from London’s Central Saint Martins with a master’s degree. She quickly gained international recognition and has received many awards, including the 2014 British Fashion Award for New Establishment Designer. She uses classic elements with romantic but simultaneously rebellious twists and focuses on quality and detail. Simone was first recognised as the daughter of fashion designer John Rocha, but she has established her own name and proven to be one of Britain’s best contemporary fashion newcomers. 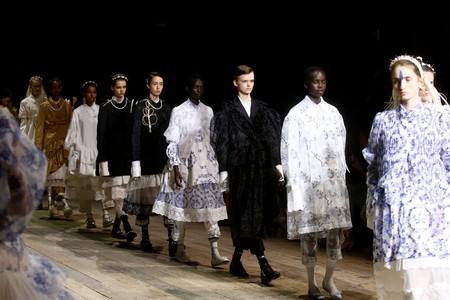 Tomas Maier is one of the world’s most important German designers. In addition to having his own namesake label, he has worked for Hermès and was the creative director of Italian brand Bottega Veneta until 2018. He designed both menswear and womenswear for the brand and was responsible for its growth and the high-end status it has gained since he was appointed in 2001. The brand is best known for high quality leather accessories, a logo-less approach to luxury, and simplistic, elegant designs. Maier’s own label shares some of the same values as Bottega Veneta and focuses strongly on quality, understated design, and craftsmanship.

Swedish Jonny Johansson was originally a guitarist, but he’s been in fashion since he co-founded Acne Studios in 1996. He began his career as designer and creative director of Acne – which stands for ’Ambition to create novel expressions’ – by making 100 pairs of jeans with red stitching for his friends and family. Johansson is known for his distinctive Scandinavian aesthetic and his way of effortlessly combining contemporary culture and urban lifestyle with high fashion. To this day, denim is an important part of the brand, alongside seasonal collections, but Acne isn’t limited to clothing – there’s also books, a magazine titled Acne Paper, furniture, and exhibitions. It’s one of the few brands that has an unshakable worldwide cult following.

Northern Irish Jonathan Anderson launched his London-based brand J.W. Anderson in 2008 with a menswear collection. Two years later he expanded to womenswear, and now he’s one of Britain’s most prominent designers. Best known and applauded for having a contemporary, post-gender attitude, much of his success is due to his ability to break boundaries and explore the lines between feminine and masculine in both his men’s and women’s collections. Outside of his own brand, Anderson started collaborating with Donatella Versace on the label Versus in 2013, and he has also brought a contemporary, revitalising touch to the Spanish luxury brand Loewe as creative director. 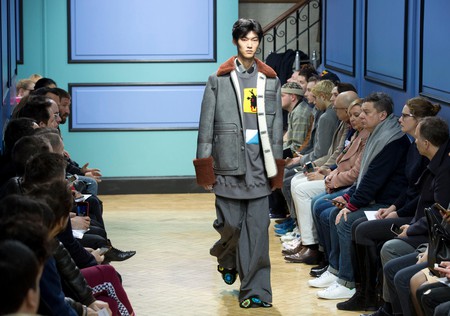 Models on the catwalk during the J.W.Anderson show | © PA Images / Alamy Stock Photo

Henrik Vibskov is a Danish artist, musician, interior designer, film director, and fashion designer. He designs clothing as well as accessories under his namesake label, which he established after graduating from Central Saint Martins in 2001. His collections’ shows are known to be some of the industry’s most interesting in the way that they mix fashion with art. He’s won multiple art and fashion awards as well as been part of exhibitions internationally. Vibskov is at the forefront of Nordic design worldwide.

Alexander Terekhov is a leading Russian designer, famous for his elegant, minimalist aesthetic. After graduating from the Moscow Institute of Fashion & Design in 2001, Terekhov trained in Paris at the Yves Saint Laurent design house and showed his own debut collection at Moscow Fashion Week in 2004. He uses luxurious fabrics, feminine silhouettes, and smart cuts in his ready-to-wear line, which is popular among fashion editors, celebrities, high-end bloggers, and other industry insiders.

Originally from Bordeaux, Olivier Rousteing is a French fashion designer who studied at the Ecole Supérieure des Arts et Techniques de la Mode in Paris. After graduating, he became the head of womenswear at Italian house Roberto Cavalli and stayed relatively unknown until 2011, which is when he, at only 25 years old, stepped into his current position as the creative director of French label Balmain. Rousteing designs both menswear and womenswear for the label. His approach to sophisticated glamour, as well as focus on couture, has toned down the brand’s previous rock’n’roll aesthetic. The designer has also successfully made the brand more accessible by lowering prices and helping Balmain become the first French label to have over a million Instagram followers. 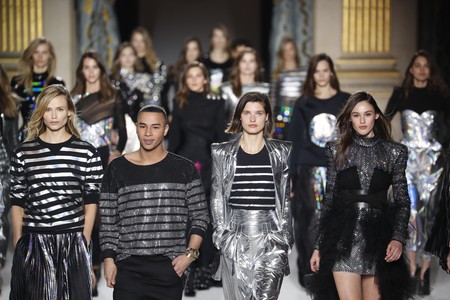