The Top 10 Beaches to Go to in Europe 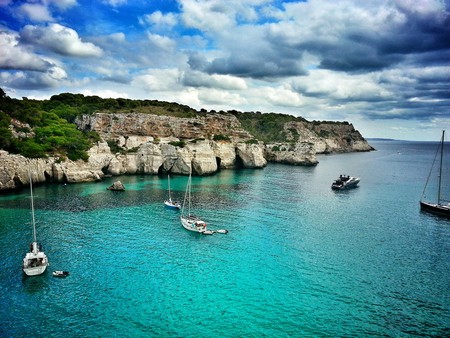 Forget the Caribbean, come the warmer months the beaches of Europe are a prime destination for sun-worshippers and adventurers. The Mediterranean offers warmer waters and gentle tides, as well as heavenly white sands and turquoise waters. Head farther west and discover the full power of the Atlantic, with its lively waves and epic scenery.

Located on the laid-back island of Formentera – just a 30-minute boat ride from the party capital of Balearic Islands, Ibiza – the Ses Illetes beach is the place to head for some much-needed R&R. Popular with the local party-goers and glitterati, the beach has a boho-chic vibe offset by the lack of major development on the waterfront, simply a scattering of friendly beach-restaurants providing refreshments and authentic fare. This is the ideal place for anyone looking for that paradise-island feel with blindingly white sands and azure waters. 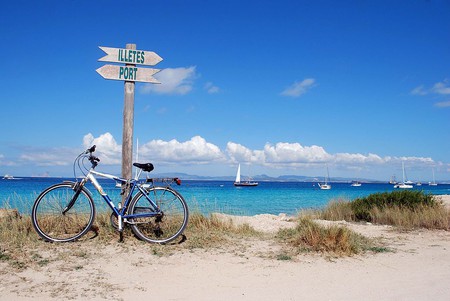 Tucked away among the limestone cliffs so typical of the Algarve, Praia de Marinha is considered one of Portugal’s most emblematic beaches, owing to its epic surroundings, crystalline waters and wildlife. The lively waters of the Atlantic make for a great place for snorkeling, with plenty to be explored around the caves and on the rocky seabed, from sea urchins to starfish, bring a net and you may even catch a few shrimp. 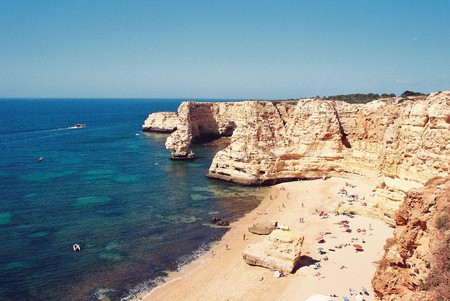 Tucked away on the southwestern side of the Mediterranean island of Menorca, Cala Macarelleta, or ‘Little Macarella Creek,’ is a secluded spot just a ten-minute walk away from the iconic Macarella beach, one of the island’s most popular destinations. It offers the same stunning white sand and translucent waters but with a calmer, more private atmosphere, and the view from the cliff there is one of the best on the island. It’s also a popular nudist hangout, perfect for those who like to experience nature at its simplest and indulge in a little skinny dipping. 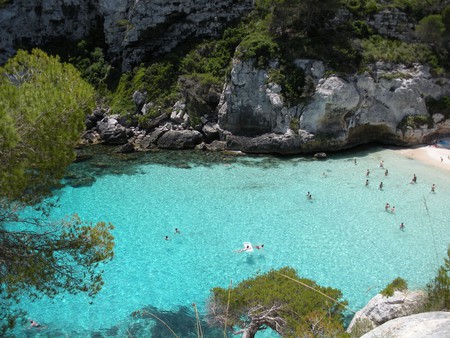 A world away from the party islands of Kos or Mykonos, Zakynthos is part of the group of islands known as the Ionian Islands, or the Heptanese, located off the western shores of mainland Greece. Porto Limnionas Beach is without a doubt one of the island’s best-kept secrets, the only way to access the beach is by following a rough track with the occasional signpost. Locals know to head here for some of the best swimming, and for the more adventurous, the system of underwater caves is a major attraction. For the less adventurous, the local taverna is on hand serving generous helpings of fresh seafood. 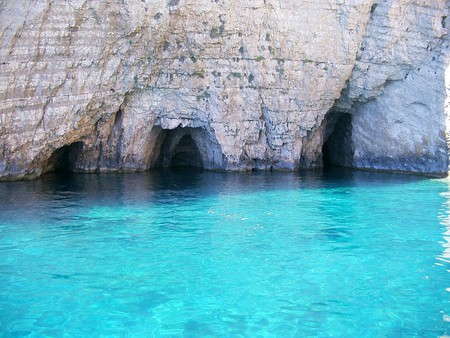 Located near the popular Protaras resort on the eastern tip of Cyprus, Fig Tree Bay has a long-standing – and well-deserved – reputation as one of the finest beaches in Europe. Well equipped and with plenty to do in the area, this has become a popular destination for families as well as groups. If you have a dry-bag, the best tip is to swim the short distance to the small island across from the beach for a break from the crowds. 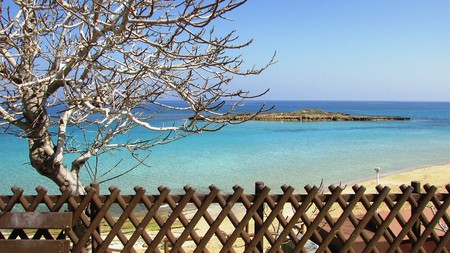 The chances are that even if you’ve never heard of this beach, you’ve probably already seen it – Sarakiniko is the most photographed beach in the Aegean. What gathers the crowd’s attention isn’t so much the incredible blue waters but rather the other-worldly appearance of the cliffs. Eaten away by the sea, the greyish-white rocks take on unusual shapes which the locals compare to the surface of the moon. 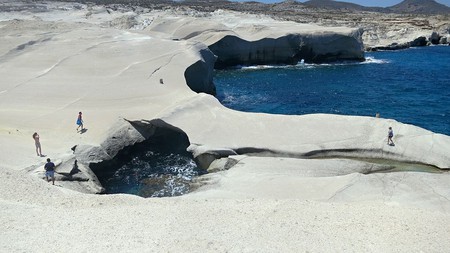 Another iconic Algarve beach, the Praia Dona Ana is located in the region of Lagos on the southern coast of Portugal. Cue the epic orange limestone cliffs for which the area is often nicknamed the Costa d’Ouro, or ‘Golden Coast’, and the vivid waters of the Atlantic, but what makes Praia Dona Ana so special is that it is protected from the winds by the surrounding cliffs while still getting the sun all day. It’s also a Blue Flag beach, which means it meets strict standards of quality in terms of water purity and facilities. 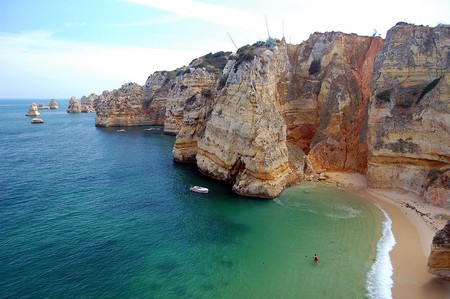 If you’re looking for a little more action, a little less sunbathing, then this is the beach for you. Located on the eastern coast of Sardinia, Cala Mariolu can only be accessed by sea or via a six-kilometer hike which should take you about three hours. The reward is a stunning white pebbled beach which offers some of the best snorkeling in Sardinia, with many caves to explore. The beach is mostly in the shade from the afternoon on, so get your sunbathing done in the morning if that’s your thing. If you do walk there, treat yourself to a boat ride back at sunset. 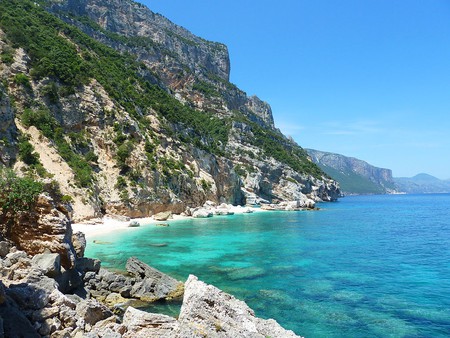 Who said a beach day couldn’t be cultural? The Praia de Augas Santas is best known by its nickname, the ‘As Catedrais’ beach, meaning ‘The Cathedral beach’ in reference to the way the Atlantic tide has carved away at the rock to form an intricate system of archways and chambers reminiscent of a cathedral. The site has been declared a ‘National Monument’ by the local Ministry of Environment. At high tide, the beach is quite small, but time your visit right (check the local tide schedule to be sure), and you’ll have plenty of time to get lost in this most picturesque of coastlines. 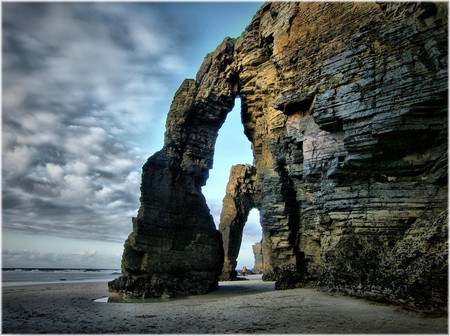 It’s not just Greece, Portugal, and Spain that have the best beaches – Croatia is home to some of the most unbelievably gorgeous coastline and is rapidly making a name for itself as a prime summer destination. Also known as the Golden Horn, Zlatni Rat beach is located on the southern coast of the Croatian island Brač and is a thin strip of land which stretches out into the sea, with glistening white beaches on either side. If it starts getting a little too warm, just seek shelter under one of the pine trees which surround the beach and make for a picture-perfect setting. 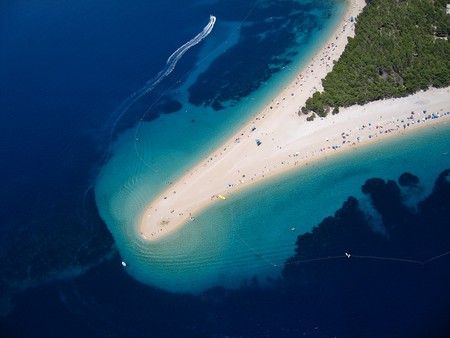