The Strangest Hotels in the World 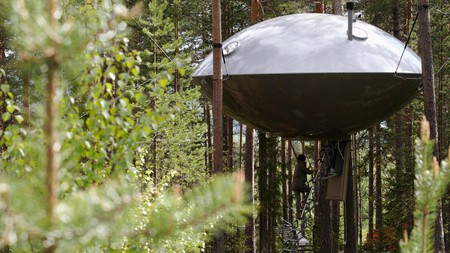 These truly bizarre hotels stand out for one reason or another. For an unforgettable stay and a talking point when you get back home, check out our selection of the strangest hotels from around the world.

Hotels can make or break a trip. Find the right one and you’ll be relaxing before you know it. End up in the wrong one, however, and it’s the stuff of travel anecdotes and nightmares for years to come.

But let’s face it, most hotels are basically the same. Buffet-style breakfasts, busy pools, over-eager staff and air conditioning with a mind of its own. Sometimes when the curtains are drawn, it’s hard to tell what city you’re even in. These hotels, however, are highly unlikely to be mistaken for anywhere else. 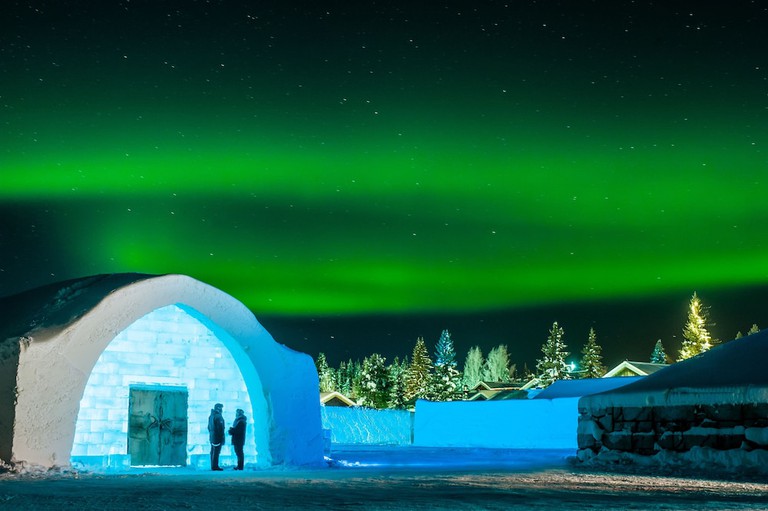 © Oliver Dixon / Alamy Stock Photo
View Rooms
From $146 Per night per room
The concept of a hotel made of ice is now more than 30 years old, and the idea is so well known that its starting to feel a little played out. The best and most original example is still going strong in Swedish Lapland though, offering something different to guests every time they visit. What makes ICEHOTEL the best of the lot is the fact that it undergoes a drastic redesign every off-season, so you never really know what to expect when you book it. The suites are individually themed, too, so all you really need to do is remember to pack your thermals.
More info 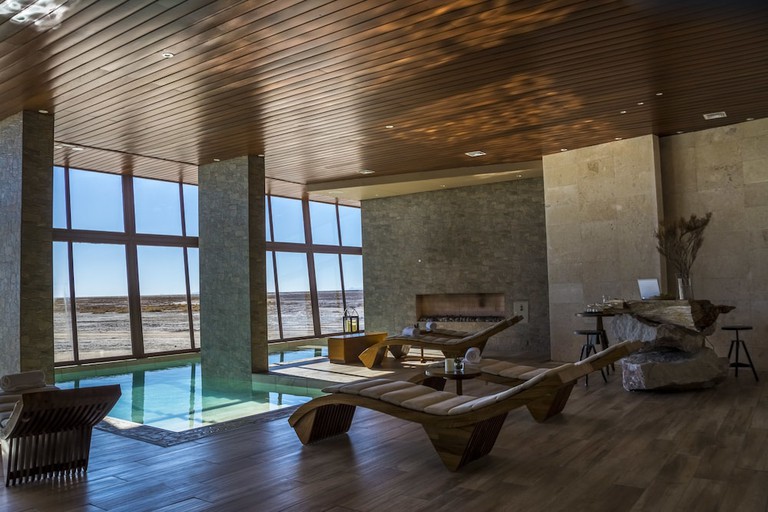 © Arterra Picture Library / Alamy Stock Photo
View Rooms
From $137 Per night per room
We had to double-check this entry when we first found it, but it is definitely real. Located on the shores of Salar de Uyuni, this incredible structure is made entirely of… salt. That’s right, the world’s largest salt flat is also home to the world’s first (and apparently only) hotel made of salt. In 1998, Don Juan Quesada Valda decided he was going to build a hotel that helped guests find the perfect balance between nature and comfort. Today, the Palacio de Sal is not only popular with tourists but also with businesses who want to use the unique backdrop for unforgettable conferences and meetings.
More info

Kilpisjärvi is one of the best places in Finland in to catch a glimpse of the Northern Lights. Sometimes, however, you might find yourself booking into a hotel in the village only to find that you are just out of range of the natural phenomena. You could jump in a car and go chasing the lights, but then what about all the creature comforts that you would want like a bed and hot cup of freshly made coffee? Wilderness Camp has come up with an ingenious solution that is so good, you wonder why no one thought of it before. Let’s just move the hotel to the lights! This mobile home on skis can be positioned anywhere in the Finnish tundra and also features a glass roof, which means you can constantly look out into the wilderness. 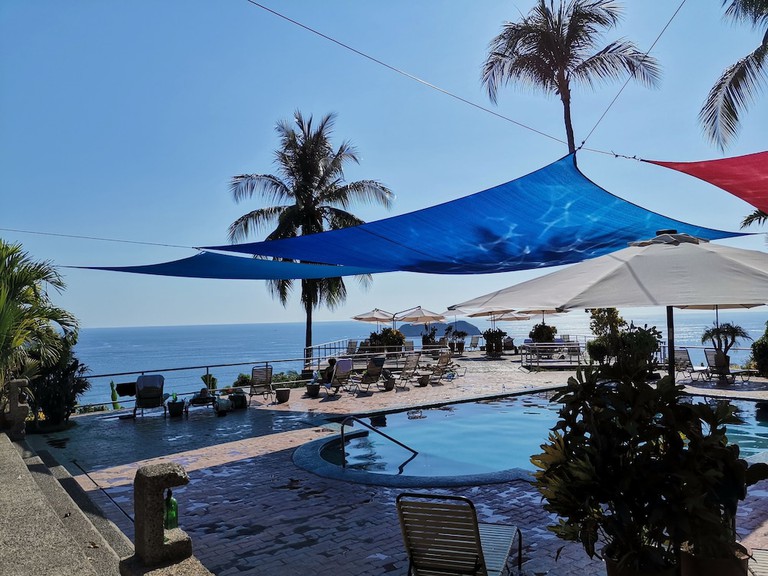 This South American hotel deserves to be on the list just for its cheeky slogan, “Still more monkeys than people…” But its lavish suite is what marks this place to stay as truly strange. The 727 Fuselage Home is a two-bedroom suite fashioned out of a plane that is perched in a seemingly precarious spot in the rainforest. In reality, it’s all perfectly safe, but the visual impact is breathtaking. You get all the mod cons you need, although keep an ear out for your neighbours, as toucans and monkeys aren’t known for keeping the volume down. 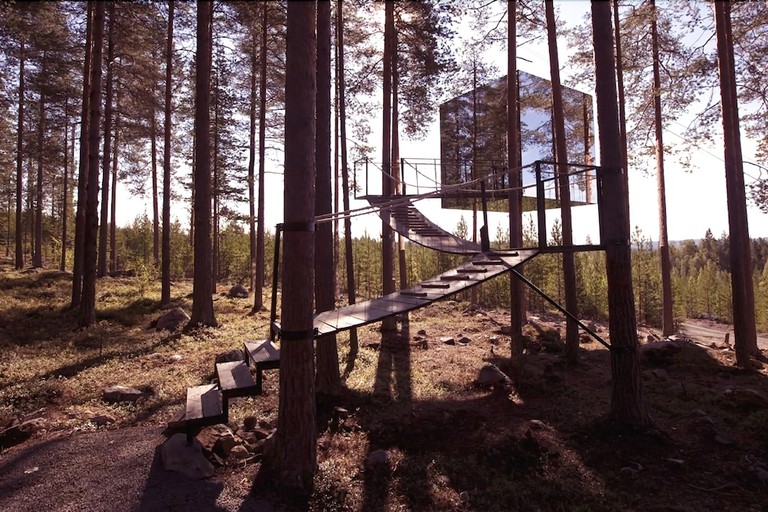 © Hemis / Alamy Stock Photo
View Rooms
From $550 Per night per room
There’s something in the Scandinavian air as we head back to Sweden for the exquisite Treehotel complex. In fact, we are quite literally climbing into the Scandinavian air for these seven elevated rooms built into the tall pine trees of Harads. The best known room is the Mirrorcube, which is self-descriptive. We’re also fans of the Bird’s Nest, which fits in perfectly into the surrounding environment. If we had the money, we’d actually stay for a week and pick a new room for every night of our stay.
More info

Resort, Hotel
Facebook
Email
Twitter
Pinterest
Copy link
Share
Map View
In the semi-autonomous region of Zanzibar is a collection of islands that have become increasingly popular with tourists in recent years. Pemba Island is part of the archipelago, and it’s here along the sandy beaches that you’ll be able to look out into the ocean and find a hotel room that defies all expectations. The three-storey Underwater Room has a roof terrace, ground floor level and, obviously, a room submerged beneath the waves. The underwater bedroom offers a 360-degree view that is often enhanced by the arrival of squid and octopus. 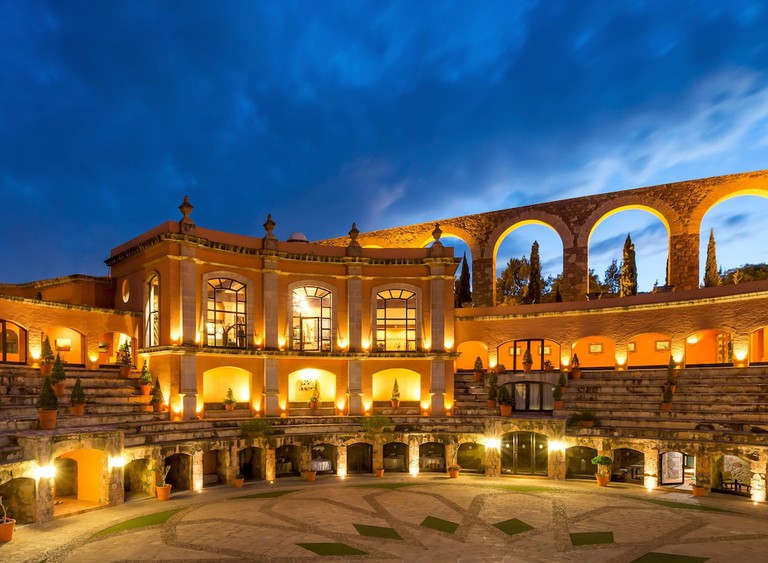 Built around a 19th-century bullring, this modern hotel now has luxury rooms that overlook the central arena and a bar constructed in the old bullpens. The sumptuous setting is close to the historical part of the city of Zacatecas, but you’ll be hard pressed to find any reason to leave the hotel itself. When the exterior is lit up just before sunset, there are few places that look as good as this.