The Most Polluted Country in Europe Is... 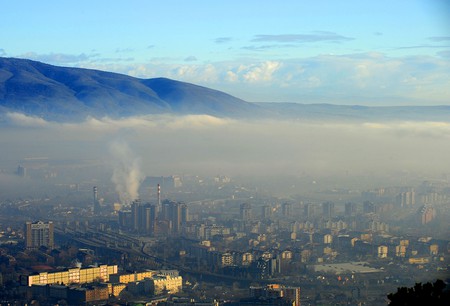 Macedonia (FYROM) has been named as Europe’s most polluted country. The Balkan nation – which borders Greece, Bulgaria, Serbia, Kosovo and Albania – is home to two of the continent’s top three most polluted cities.

The air quality in the capital Skopje is so bad, many residents are forced to stay indoors, while the Northern city of Tetovo was above safe levels of airborne pollutants for all but 15 days of 2016. The Macedonian Institute for Public Health (IPH) raised the alarm earlier this year after it found pollution across the country was getting worse.

With a low GDP and little public resources, many people are forced to use outdated transport and rely on wood-burning stoves and cheap fuels like coal to heat their homes. This, combined with its mountainous topography, makes it difficult for airborne pollutants to dissipate. 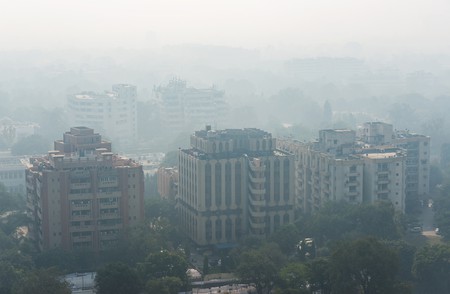 Respiratory problems caused by ultra-fine particles of less than 2.5 microns (PM2.5s) were responsible for an estimated 1,300 deaths per year, according to the IPH. ‘While all regions in the world are affected, populations in low-income cities are the most impacted,’ says the World Health Organisation (WHO) in its Global Urban Ambient Air Pollution Database.

One Skopje resident has come up with a way of managing daily life in such a polluted city. The MyAir app shows real-time air quality using open source data – helping others know when it’s safe to be outside. Still, Tetovo and Skopje don’t even make WHO’s top 20 most polluted cities worldwide, a list dominated by the Middle East and Asia – particularly India, Saudi Arabia and China.

California is by far the most polluted state in America, with five of the ten most polluted cities, while Coyhaique in Chile claims top spot in a list of polluted cities in North and South America. Rising pollution levels in London also mean that air masks are this season’s must-have accessory.