The Enlightenment: History Of An Idea 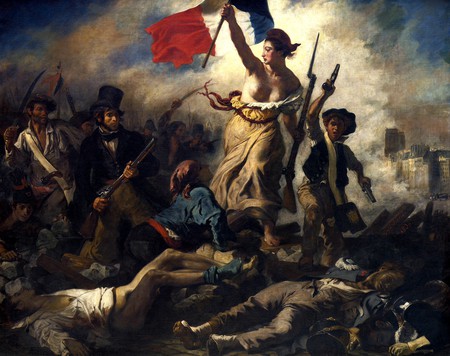 ‘What is the Enlightenment?’ is a question as relevant today as it was in 1784, when Immanuel Kant first asked it (‘Was ist Aufklärung?’). Claims upon its legacy have been put forward on every side of politics, from the twisted ‘freedom of speech’ dogma of the American far-right to the relativistic nihilism of the European far-left. Thankfully, for all of us busy occupying more central positions, Italian historian Vincenzo Ferrone’s newly-translated book, The Enlightenment: History of an Idea, manages to provide an answer that does away with such confusions. 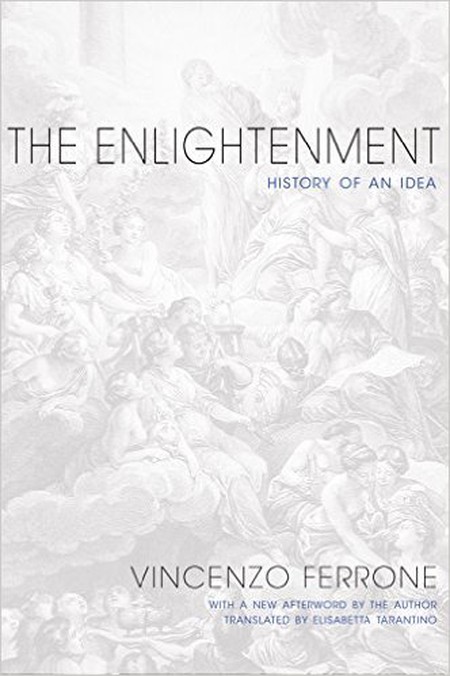 Was it nothing more than a historical period? Or, instead, a philosophical movement – as most philosophers since have tried to argue? Neither, claims Ferrone, who realizes that the Enlightenment’s foremost quality was social: a desire for reform, to do away with feudalism and make legitimate the rights of man. Its legacy is critical thought itself, as momentous a change to the West as the arrival of Christianity was to Europe.

Paraphrasing the great Karl Marx in the Manifesto of the Communist Party, one might say that a specter is haunting Europe: it is the specter of the Enlightenment. It looks sad and emaciated, and, though laden with honors, bears the scars of many a lost battle. However, it is undaunted and has not lost its satirical grin. In fact it has donned new clothes and continues to haunt the dreams of those who believe that the enigma of life is all encompassed within the design of a shadowy and mysterious god, rather than in the dramatic recognition of the human being’s freedom and responsibility.

After the fall of the Berlin Wall in 1989, some thought that it was time to liquidate what was left of the heritage of the Enlightenment. Surely they could now, finally, lay to rest that ambitious and troublesome cultural revolution, a movement that in the course of the eighteenth century had overcome a thousand obstacles to overthrow the seemingly immutable tenets of Ancien Régime Europe. One could at last put paid to the fanciful Enlightenment notion of the emancipation of man through man, i.e., to the idea that human beings could become enfranchised by their own forces alone, including the deployment of knowledge old and new that had been facilitated by the emergence of new social groups armed with a formidable weapon: critical thought.

Sapere aude — dare to know. Come of age. Do not be afraid to think with your own head. Leave aside all ancient auctoritates and the viscous conditioning of tradition. Thus wrote the normally self-controlled Immanuel Kant in a moment of rare enthusiasm in 1784, citing the Enlightenment motto. However in our day, under the disguise of modern liberals, some eminent reactionaries have even entertained the dream that it might be possible to restore all the Ancien Régime’s reassuring certainties without firing a single shot. They would all come flooding back: God’s rights (and therefore those of ecclesiastical hierarchies), inequality’s prescriptive and natural character, legal sanction for the rights of the few, the primacy of duties over rights, the clash of communities and ethnicities against any cosmopolitan or universalistic mirage.

In fact, even though pain and injustice still persist and any hope of emancipation seems lost, if one peers closely into the dark clouds of our times a different picture begins to emerge. Those same epochal events of 1989 have had a liberating effect on the old and now sterile interpretative paradigms and imaginary philosophies of history that harsh reality has refuted. The storm raised by those events let through some faint rays of sunshine. The events themselves were positively marked by the end of ruthless communist dictatorships and by a toppling of the violent myth of class struggle, which had been conceived as a necessary tool through which to achieve the various stages of an imaginary material progress that gave no purchase to liberty and the rights of man. Now, that storm has rekindled our hope in a better future, moving us beyond countless illusions and recurring disappointments, it has given rise to new studies everywhere, and to the need for new inquiries into the Enlightenment. Today questions are posed that have never yet been asked about that profound cultural revolution, which sought to emancipate and enfranchise man, and whose width of horizon and long-term effects can be compared only to those of the rise of Christianity and its dissemination across the Western world.

We have finally started to untie the crucial knot constituted by the hoary old question of the link between the Enlightenment and the French Revolution — which had been a dogma and the beating heart of European historical consciousness until now. We are seeing the beginning of a new period in historiography under the banner of discontinuity. Historians are now free from the teleological bond, and from the multifarious ideological conditioning imposed by a powerful paradigm that had long coupled the ultimate meaning of the experience of the Enlightenment to the French Revolution in a deterministic and organic way. The Enlightenment, as a result, had been identified with the unstoppable dynamic of revolution that infected Western society, leading one to forget that the original impetus of the Enlightenment was towards reform, and obscuring the ways in which its specific forms and contents constantly oscillated between utopia and reform. This new historiographical period now faces the task of giving back dignity and an autonomy of meanings to the world of the Enlightenment iuxta propria principia. Contrary to the belief of historians of ideas, whose every reading is geared towards the final revolutionary outcome, that complex cultural system was made up of more than the circulation of subversive ideas within a circumscribed and elitist intellectual movement. It consisted also and primarily in the rise of a new civilization that was strongly rooted in society, as new research has clearly begun to show. The picture has started to emerge of an original culture that boasted a wide and solid diffusion and a thoroughly critical spirit, a culture that consisted in the production and consumption of new representations, institutions, values, practices, languages, and styles of thought: a new and polemically alternative way of thinking and of living everyday reality under the Ancien Régime. Hence the absolute centrality of the expression living the Enlightenment. The focus here is on a life experience, a brand new and original way of inhabiting the world by thinking and practicing in new and dramatically different terms the relationship between nature and culture, between being and having to be, between the challenges posed by the historical context and the range of possible responses to those challenges. This picture puts man firmly at its center, with his capabilities and his limitations, his growing and ever more tragic and acute awareness of his dramatic finitude, his need to constantly redefine the very foundations of the religious question, of social, political, and economic order, so as to give rise to what we now see as our modern civil society, a kind of society without which, at the time, no program of emancipation could be put into practice.

As early as the 1760s, a famous Enlightenment manifesto prefaced by Diderot to Boulanger’s works quite rightly and proudly described the attempt that was then taking place to forge a new cultural identity in the Western world by changing the very course of history and making history with one’s own hands: ‘One has talked of a savage Europe, a pagan Europe, a Christian Europe, and worse could be said still. But the time has finally come to talk about a Europe of reason.’ This accurately summarized the work of those who were about to set their republican spirit against the despotic absolutism of the princes, against ancient forms of domination, against the social and economic system of the guilds, and the intolerance of authority and religion towards the rights of man.