The Creepiest Abandoned Places in the World 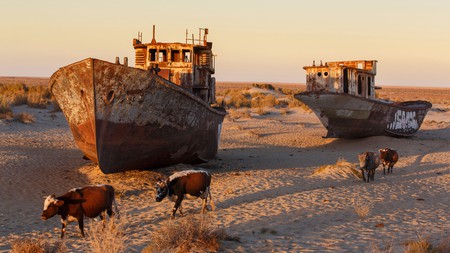 Abandoned ships sit on what was once the Aral Sea, then the fourth largest body of inland water in the world | © Theodore Kaye / Alamy Stock Photo

Dark tourism has taken off in recent years as a travel trend that sends curious adventurers to destinations that are off the grid. These aren’t necessarily dangerous places, but ones that have been left behind for a variety of reasons. Here is Culture Trip’s guide to some of the creepiest abandoned places around the world that you can still visit.

Between 1865 and 1880, four vast structures in the English Channel were built to protect Britain from foreign invasion, which at the time meant keeping a watchful eye on the French. During World War II, the forts were repurposed but never used in anger, eventually being decommissioned and put up for sale. Spitbank Fort and No Man’s Land Fort are now luxury hotels, while a third structure was supposed to become a museum. In July 2020, these three forts went up for sale, so not only can you visit them, you can actually own them as well – if you have a spare £9m.

The site of the worst nuclear disaster of all time, Pripyat was at the epicentre of the Chernobyl nuclear power plant explosion in 1986. The town nearby was immediately evacuated, but the fallout had already reached its 50,000 residents. There are still measurable levels of radiation in the area, and nature has reclaimed a lot of the buildings that people once called home. However, today, there are guided tours of the macabre site, which has only grown in popularity since HBO made an award-winning TV dramatisation of the disaster. 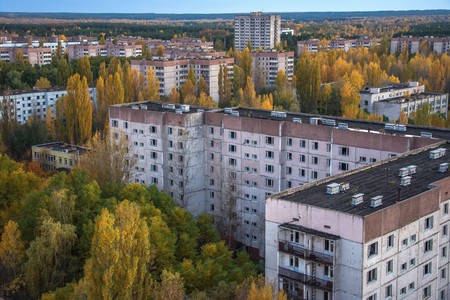 At its peak in 1959, more than 5,000 people lived and worked on this small island off the coast of Nagasaki. It had vast reserves of coal below ground, and it was easier for workers to live on site rather than take arduous boat trips back and forth to the mainland. Large concrete apartments were built to house families, and a fully functioning community soon sprang into life.

However, by 1974, the coal reserves were almost empty, and the mines were permanently shut. The island was abandoned virtually overnight, and for three decades, it was forgotten about. Interest in Hashima grew once again, though, when small tours began to take place, and ever since then, the island has become a familiar location for films – it features in the James Bond adventure Skyfall (2012) – and has attained Unesco World Heritage status.

The state of Abkhazia is a disputed territory situated between Georgia and Russia. On the coast of the Black Sea, you will find Akarmara, a former coal-mining town that was abandoned by thousands of residents in the 1980s due to a failing economy and the outbreak of war. Forests that once surrounded the town have now reclaimed it, with only a few families still living here among the crumbling ruins. A growing number of tourists visit Akarmara each year, eager to see what life was like under the Soviet regime.

Not all abandoned locations are due to human-made factors; sometimes, Mother Nature has a major say in matters. That’s the case in Plymouth, the capital of Montserrat, in the Caribbean. The entire southern portion of this island in the Lesser Antilles is subject to an exclusion order that has been in place since 1995. The capital is in this area, and when the Soufrière Hills volcano erupted soon after officials evacuated the city, a layer of ash settled on buildings, vehicles and anything else that was left behind.

The volcano has been relatively quiet since 2010, and you can visit some areas of the exclusion zone depending on the levels of activity being registered at the time. However, your best bet is to take a boat trip along the shore, or climb Katy Hill to get a view of the devastation. 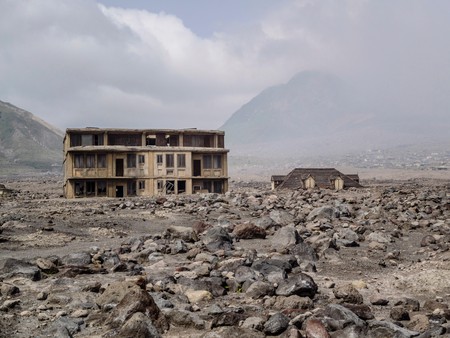 You need a permit to enter this ghost town in the middle of the Namib Desert, but those who have been lucky enough to visit have come back with some incredible stories and stunning photography. Once a thriving diamond-mining town, Kolmanskop was abandoned in 1928 when much larger diamond deposits were discovered simply lying on beaches hundreds of miles away. Residents left their homes to the elements, and the town was officially abandoned in 1956. Since then, the harsh conditions have seen metres of sand crawl back into town. It’s an eerie experience, but one that many are desperate to see for themselves. 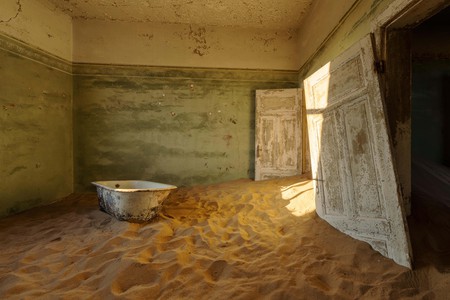 Kolmanskop, Namibia, was left to the elements when its residents moved to another diamond-rich area | | © Peter Sumner / Alamy Stock Photo

Once a popular stop along Route 66 in the US, Glenrio today provides a creepy snapshot of the past. The town boomed during the heyday of the rail age at the turn of the 19th century and grew once again when cross-country roads were being built. By the 1930s, there were diners, motels and several gas stations doing great business in the area, but that all changed in 1975 when a new highway was developed to bypass the town entirely. Although Interstate 40 helped alleviate traffic, it also made all the facilities offered by Glenrio redundant. If you visit the abandoned town now, you will find some great examples of “art moderne” architecture. 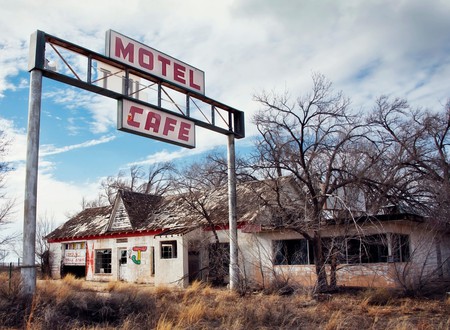 American businessman Henry Ford is widely considered to be the godfather of the motor industry. While he got very little wrong during his remarkable career, one major blip was his attempt to build an entire town in the middle of the Amazon. The prefabricated district, constructed in 1928, was to house more than 10,000 people, who would help cultivate rubber for the Ford Motor Company. Ford strictly prohibited alcohol, women, tobacco and even football within the town, and unsurprisingly, the project quickly failed. Brazilian residents were forced to live the American way of life, something they rejected almost immediately. Fordlândia was abandoned in 1934 and remained mostly uninhabited, until the 2000s when people began to reclaim some of the homes again.

The Aral Sea was among the biggest lakes in the world until the 1960s, when the Soviet government diverted the two rivers that fed into it. Since then, the saline waters of the lake have dried up, leaving behind relics that are difficult to comprehend. The Aral Sea straddled the border of Uzbekistan and Kazakhstan, and such an important stretch of water required boats and ships to traverse it. It was also a popular fishing spot. While it was once a bustling area, all you can find now are beached vessels with nowhere else to go.