The Coolest Techno Festivals in Europe 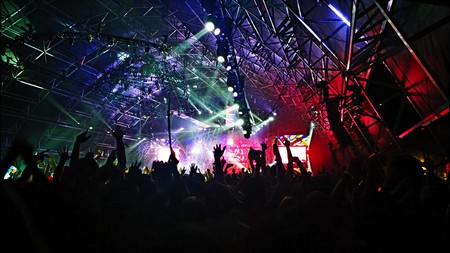 Pulsating four-to-the-floor baselines and heart racing BPMs, techno music has become the sound of decade. No continent loves techno more than Europe, and they sure like to throw a good party to boot. Here are some of the best dance festivals that any self-confessed techno head shouldn’t miss.

Berlin Atonal is undoubtedly the meeting point for intellectual electronica and fringe techno. Set in the legendary Kraftwerk, an old power plant station, this week-long festival explores every sonic and visual possibility from the post-industrial, futuristic age through live performances, installations and modular synthesisers.

Pulsating frequencies vibrate down the beaches of Croatia for the annual Sonus Festival. A paradise for techno fans, the festival gathers the underground legends of the scene for a weekend of sea, sun, and techno. Some of the heavyweight names on the line up include include Sven Väth, Solomun and Adriatique.

Time Warp is the centre of techno culture, set in the birthplace of the genre itself; Germany. More than a festival, Time Warp is a 20 year old electronic institution, offering no less than six dance floors that span the electronic universe, with some of the best stage visuals, lighting and lasers to boot.

DGTL runs a whole fleet of festival editions in Europe; one that takes place in Barcelona, one in Tel Aviv and the another in Amsterdam. All ensure a lineup of the most cutting-edge techno music, complemented with epic conceptual art performances and mind-bending installations. DGTL sets itself apart from the pack by paying close attention to innovation and sustainability.

Set in an unbeatable location that is part indoor warehouse and part botanical garden, this lush festival with four banging stages is one of the most sought-after in Europe. It takes place in Paris in the early part of the year, making sure to set a high techno standard for the rest of the year ahead.

It doesn’t get more spacey futurist techno than the sonic adventures on offer at Dekmantel Festival in Amsterdam. Each of its four stages is dedicated to its own electronic soundscape: the Main stage, the Greenhouse, the UFO stage and the Selectors stage. From the left field experimental to the hard-hitting techno, the line-up includes some of the greats including Marcel Dettmann and Ben Clock for five days of techno paradise.

This stormy festival is also held in the French capital. The line ups are always on-point, having been curated by both major and underground electronic labels. Officially, the event wraps each night at midnight, but that’s actually just another way to mark the beginning of the real party, which electrify bars and clubs around the city.