The Best Cities for Urban Design in the World 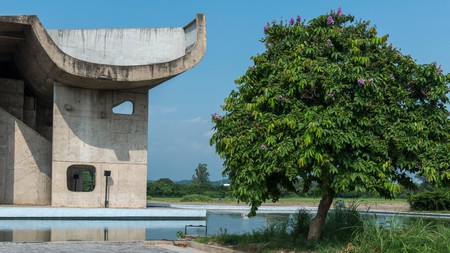 Much thought goes into urban design – to shape cities so they connect the local populations with their environment. And it’s a collaborative effort that spans architecture, public space, sustainability, social equity, transportation and other aspects of city life. From Zurich to Singapore, and Amsterdam to Washington DC, we’ve picked a few of the best designed cities in the world. 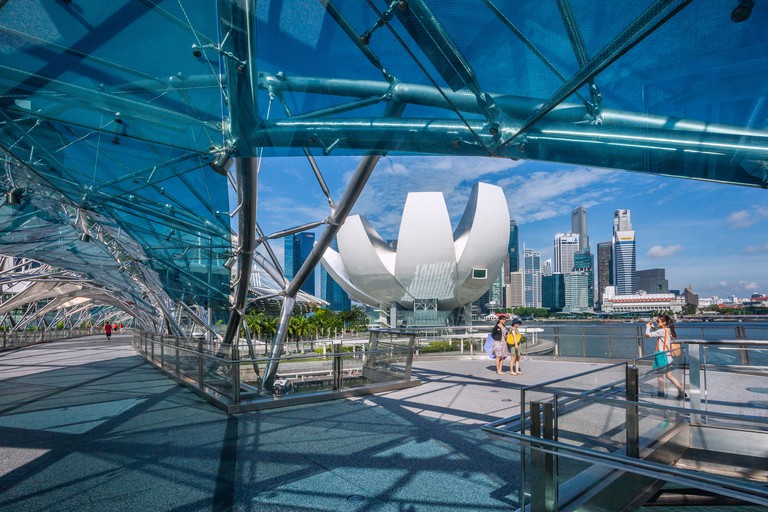 © Manfred Gottschalk / Alamy Stock Photo
Singapore has been consciously designed from its start as a British colony in 1819 to the present-day independent country, and it has shown that having a long-term vision is essential to creating a successful city. Built on a patch of seemingly unusable swampy ground, Singapore City is famous for its innovative architecture and artificial green spaces that thrive in the midst of the high-density metropolis. It has developed unique ways of managing waste, sewage and air conditioning; the current policy creates partly self-sufficient towns so that not everyone is reliant on the city’s central infrastructure. It maximises land use by building up and down and reclaiming land, embraces the newest technology and prioritises the building of affordable housing. 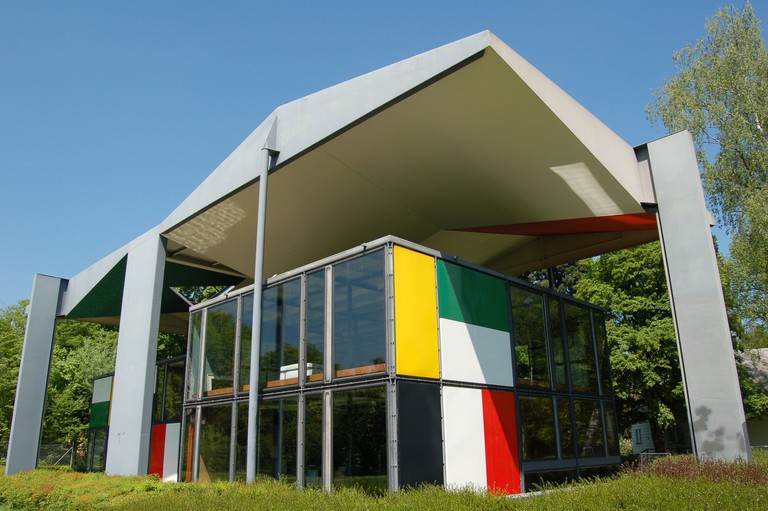 © Alireza Farrokhi / Alamy Stock Photo
Zurich‘s public transport system is often dubbed the best in the world, and once you visit it’s clear why. The buses, trains, trams and ferries arrive frequently, work cohesively and are relatively cheap. The success of the city’s transit network means there are fewer cars on the roads – and, as a result, fewer accidents, lower levels of pollution and less need for obtrusive car parks. Zurich is also a leader in climate change action, a title the city has achieved by reducing car use, funding research for renewable energy and reducing its carbon footprint per capita. Urban planners have also sought to emphasise the separation between urban and recreational areas. 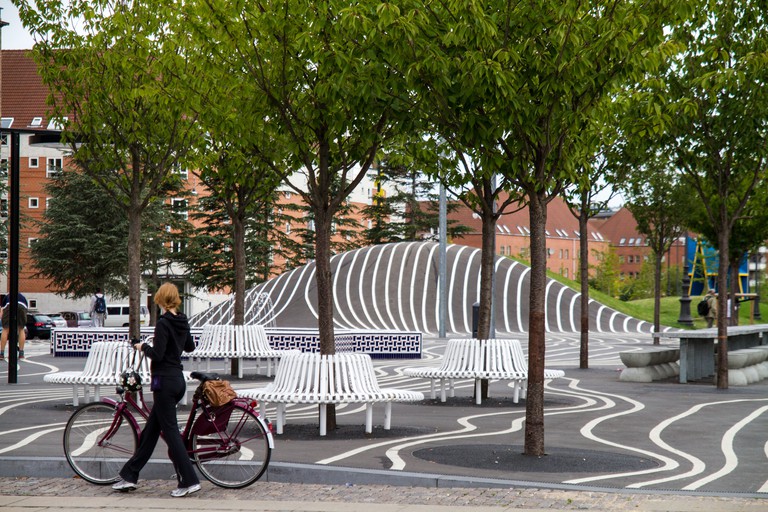 Superkilen, a public park in the Nørrebro district of Copenhagen | © Daryl Mulvihill / Alamy Stock Photo
Copenhagen is at the top of countless lists of the most environmentally friendly cities. It aims to be the world’s first carbon-neutral capital by 2025 through the implementation of wind power, biomass fuel, waste incineration and other alternative energies. The city, known for its large number of bicycles, has been designed to promote cycling and walking. Sustainability is also at the heart of Copenhagen’s architecture; its buildings feature sustainable drainage networks, rainwater recycling schemes, mandatory ‘green roofs’ and efficient waste management systems. Additionally, efforts to modernise the city’s sewage treatment facilities ensure that residents have access to clean and safe water; in fact, Copenhagen’s tap water has been described as some of the best tasting in the world. 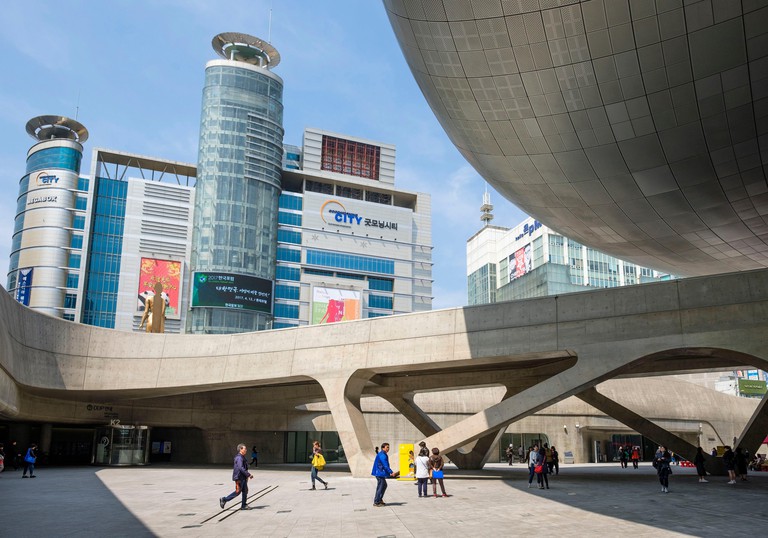 When Seoul was initially designed as a capital city in the 1300s, political figures were careful to ensure it was well planned, and this has continued throughout its history. Today, the city is working on the 2030 Seoul Plan, the first of its kind to be designed by its citizens. After consulting with experts and metropolitan government representatives, five core issues were agreed: the creation of a “people-centred city without discrimination”; a “dynamic global city with a strong job market”; a “vibrant cultural and historic city”; a “lively and safe city”; and “a community-oriented city with stable housing and easy transportation”. 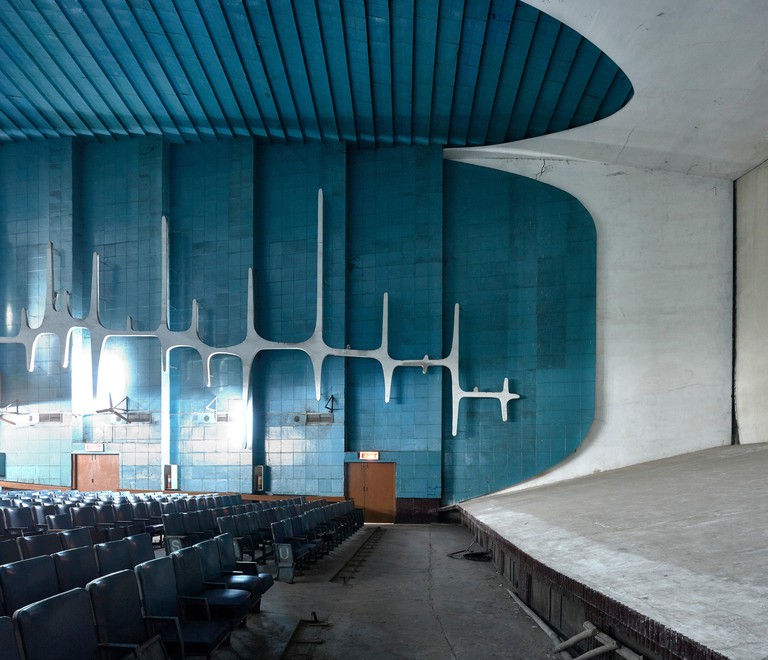 © Edmund Sumner-VIEW / Alamy Stock Photo
Chandigarh was one of post-colonial India’s first planned cities, and it is famous for its architecture and urban design. The BBC even hailed Chandigarh as India’s most prosperous, clean and green urban centres, as well as one of the most successful “ideal cities”. The city as we know it today first took shape after India gained independence and Punjab, which was then divided between India and Pakistan, needed a new capital. It was designed by French architect Le Corbusier, who devised a plan to match the shape of a human body, complete with head (the capital), heart (the city centre), lungs (the open, green spaces of the valley) and circulatory system (the network of roads and cycling paths). 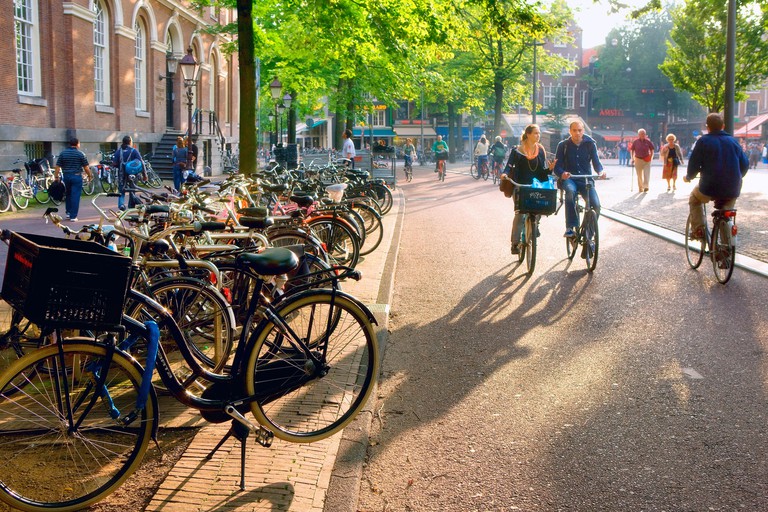 © Art Kowalsky / Alamy Stock Photo
Amsterdam‘s famous canals aren’t just there to draw in tourists; they’re the result of meticulous planning. When the city was being flooded with immigrants in the 1600s, the series of concentric, semi-circular canals were constructed to serve as tools of defence, water management and transport. Unfortunately, the original plans for the canals have been lost, but historians have speculated that their original purpose was more practical than ornamental. The canals were built between 1613 and 1656 and they are still in use today, though some have been filled in. The city expanded again in the 19th century with a plan that aimed to build more housing and improve public health. Amsterdam’s layout encourages pedestrians, bikes (and boats), while driving in the city centre is discouraged, making it an environmentally friendly city. Bicycle culture particularly thrives, and the streets are notably full of bike racks, paths and garages. 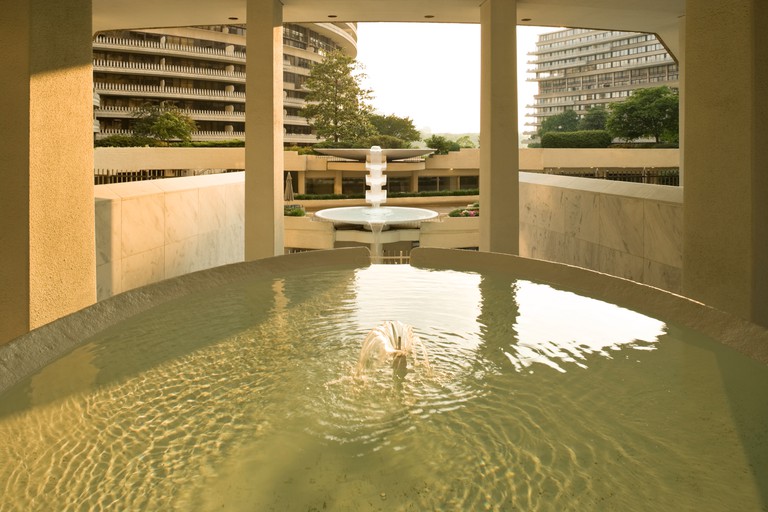 In 1791, a plan was created by French urban designer Major Pierre Charles L’Enfant to design the capital city of America for George Washington. The so-called ‘L’Enfant Plan’ developed the 10-mile square plot of land into what it is today. The plan, which was later revised by Andrew Ellicott, placed the White House on a ridge parallel to the Potomac River (though he wanted it to be five times the size of the building actually constructed) and laid out broad streets and avenues in a grid system. The city fell into disarray in the early 1900s, and the McMillan Plan was created to reconstruct the city back to L’Enfant’s design. The city’s well-planned layout could be revamped to better control traffic, though – a 2010 study found Washington-area commuters spent 70 hours a year in traffic delays, tied for the nation’s worst road congestion. 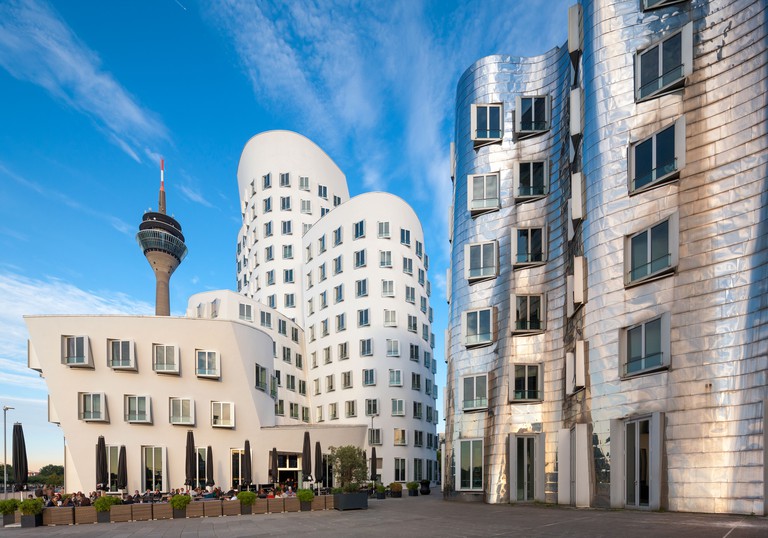 © Wim Wiskerke / Alamy Stock Photo
Düsseldorf was heavily bombed during World War II, but the city was reconstructed at a rapid pace, bringing in huge economic growth in the 1950s. Düsseldorf is well-connected with multiple train systems, including local Rheinbahn services, the Rhein-Ruhr S-Bahn serving the wider metropolitan area and long-distance Deutsche Bahn routes. The city is a hub of innovative architecture, most notably the Neue Zollhoff or ‘Gehry Buildings’ located on the harbour. The buildings were part of a redevelopment project to bring the harbour town back to life and stand out with their unique curves and irregular shapes. 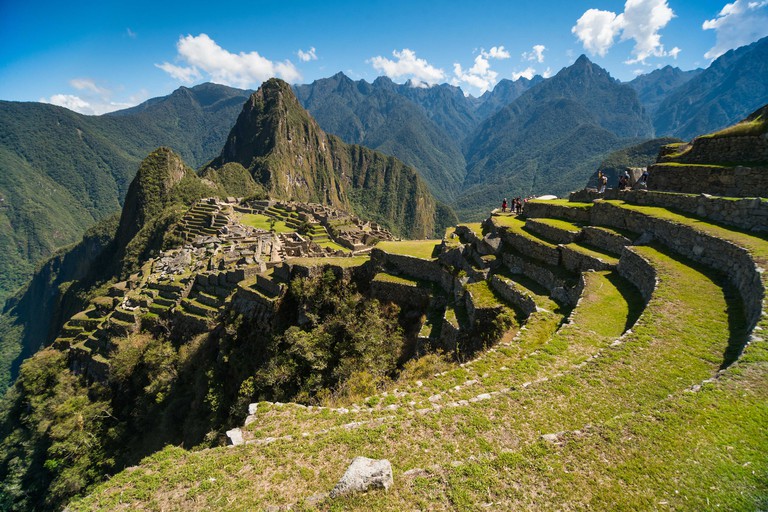 © JSPhoto / Alamy Stock Photo
Although this 15th-century Inca citadel is no longer populated, it is still a marvel of urban design. Constructed on the top of a 2,430m (7,677ft) tall mountain in Peru, the site is believed to have been built for the Inca emperor Pachacuti, and the area is continually being restored to give modern tourists an idea of what it originally looked like. Machu Picchu has a surprisingly well-constructed water management system, with channels, canals, terraces and stone chips to help keep heavy rainfall from destroying the city. Its buildings were also specifically designed to be resistant to seismic activity. Machu Picchu was first encountered by explorers in 1911, and today is a Unesco World Heritage Site with around 1.5m visitors in 2019.
Give us feedback