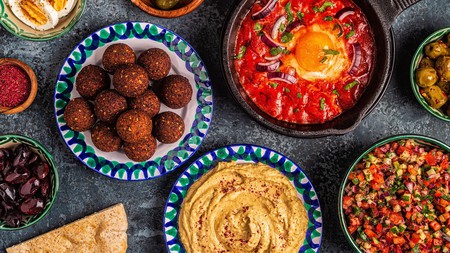 Finding good plant-based food while travelling can be difficult; however, there are plenty of options out there. You just need to know what to look for, such as gado-gado in Indonesia and caldo verde in Portugal. So, whether you’re a vegetarian or just want to try something different, here are some of the best veggie dishes from across the globe. 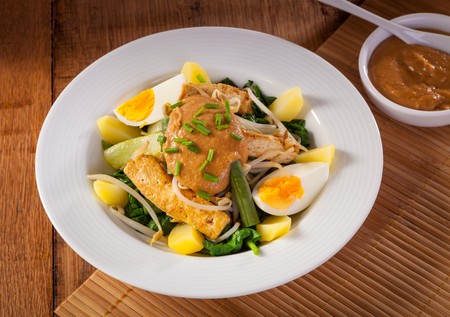 In Indonesian, gado-gado means “mix-mix”. It’s a colourful salad featuring a mix of vegetables, including potatoes, long beans, bean sprouts, spinach, corn and cabbage, and a side of peanut sauce. You can also add tofu, tempeh and hard-boiled eggs. You can order gado-gado everywhere from Jakarta to East Java, and most regions have their own take on this incredibly popular dish. 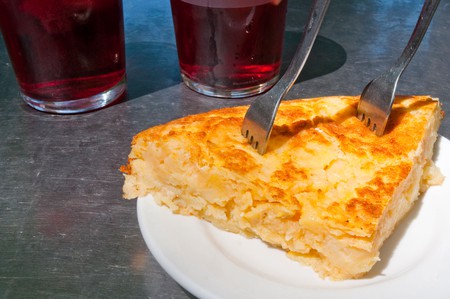 Tortilla española is one of the most famous and loved dishes in all of Spain. It’s quite common to enjoy a small slice with a glass of red wine in the afternoon. In addition to olive oil, salt and pepper, the basic recipe comprises three simple ingredients – potatoes, eggs and onions – but can sometimes include tomatoes or peppers. You can find many great recipes online to learn how to make a fluffy and flavourful tortilla española at home. 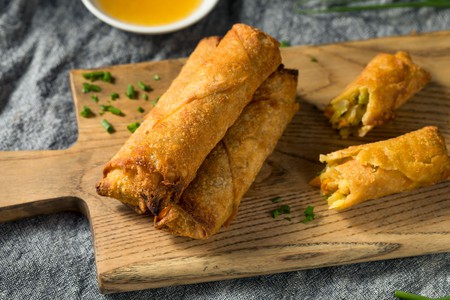 In China, spring rolls can be fried or not and can contain a wide variety of fillings. Vegetarians can enjoy all sorts of veggie spring rolls, including those with cabbage, carrots, lettuce, cucumbers or bean sprouts, to name a few. The possible combinations are endless, and when you add a tasty dipping sauce, this Chinese dish packs even more flavour. 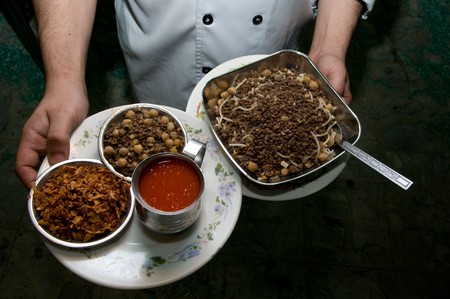 Kushari, also koshari or koshary, is the national dish of Egypt, and you can find it virtually everywhere. It involves an unusual combination of macaroni, rice and lentils topped with a spicy tomato sauce. You can also add garbanzo beans and fried onions as toppings. In Egypt, you can order and eat kushari on the street, but it’s also incredibly easy to make at home. 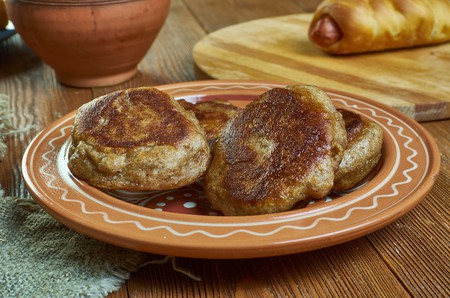 South African pumpkin fritters are lightly fried and served as a breakfast meal, a side dish or a dessert (drizzled with caramel sauce). Recipes can vary between savoury and sweet combinations, depending on which spices, such as cinnamon and nutmeg, and toppings, such as syrup and caramel, are added. This delicious dish is perfect for cool fall days. 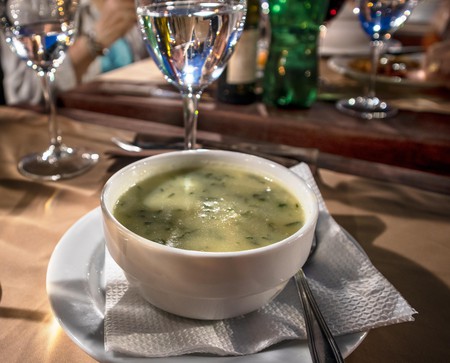 Admittedly, Portuguese cuisine is not very vegetarian-friendly, but in northern Portugal, caldo verde is perfect for eating on a cold winter’s evening. This warm soup is made with Portuguese cabbage, potatoes, onions and olive oil and sometimes tomatoes. Some variations include meat for flavour, so make sure to ask if you order this at a restaurant. Caldo verde was traditionally cooked in a metal pot over an open fire and served in a clay bowl. Together with a slice of freshly baked bread, this soup will fill you up for hours. 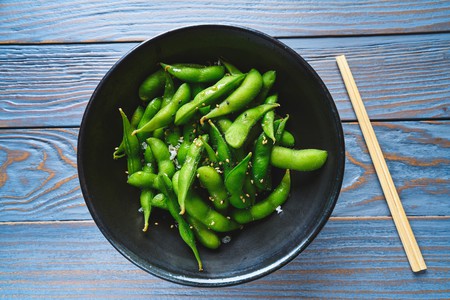 Today, edamame is a well-known dish shared as an appetiser around the world. We all need to give thanks to the Japanese for coming up with this tasty combination of steamed young soybeans topped with sea salt. 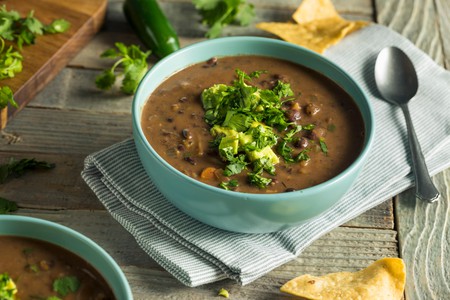 Black beans occupy a prominent place in Mexican cuisine. They’re frequently served as a side dish or as a filling in tacos and burritos. However, the best way to enjoy black beans might just be in a spicy stew, preferably topped with thin slices of avocado and pieces of cilantro. 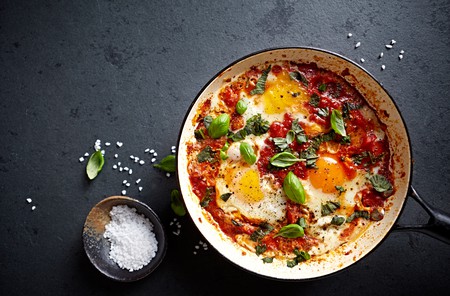 While traditionally eaten at breakfast, shakshuka can be enjoyed at lunch and dinner, too | © barol16 / iStock

Israel offers so many delicious vegetarian dishes, but shakshuka is somewhere near the top of the list. This dish features poached eggs served with a delicious sauce made with tomatoes, chilli peppers, onions and cumin. Shakshuka is often served at breakfast but is increasingly common at dinner, meaning you can enjoy it at any time of the day. 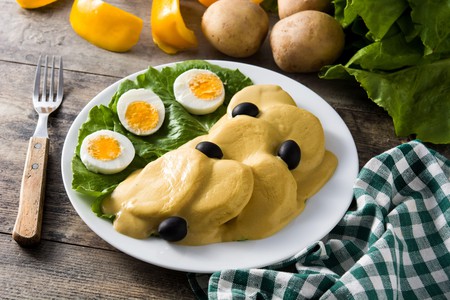 Peru has more than 4,000 types of native potatoes, so dishes featuring this root vegetable are abundant. Papa a la huancaína is boiled yellow potatoes served atop lettuce leaves with corn, olives and boiled eggs. A creamy and slightly spicy cheese sauce completes the dish. 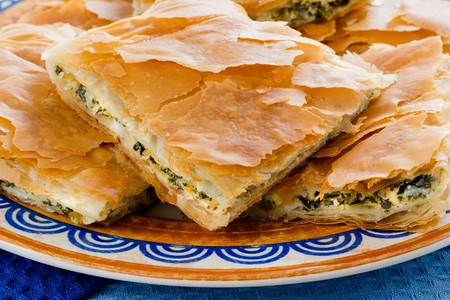 Spanakopita is a popular spinach pie in Greece that can be served as an afternoon snack or dinner. Typical ingredients include spinach, feta cheese, onions, eggs and seasonings. The phyllo dough holds the pie together and makes the entire mixture melt in your mouth. 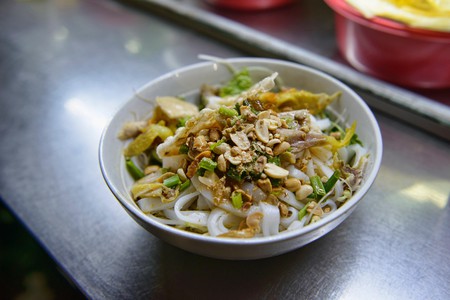 Mì quảng is a tasty turmeric-noodle dish brimming with typical Vietnamese veggies, such as water mint, basil, coriander, sliced banana flower and lettuce. There are many variations of mì quảng, and some include pork, chicken, beef, shrimp or fish. However, a vegetarian option is almost always on the menu. 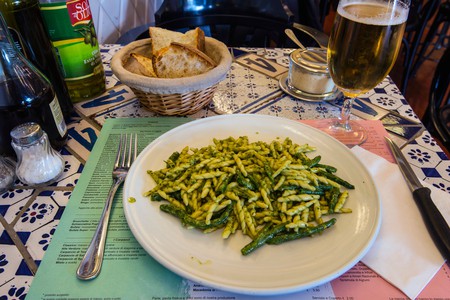 Trofie is a short, thin and twisted noodle from Liguria in northern Italy. It’s most typically topped with freshly made pesto and enjoyed with red wine. 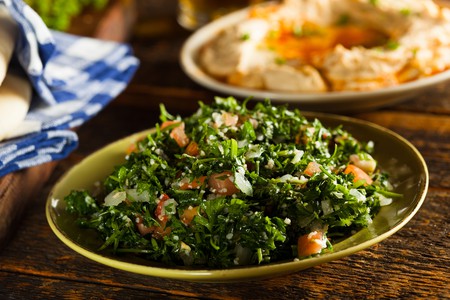 Tabbouleh is common throughout several countries in the Middle East and North Africa. In Morocco, this popular dish usually involves a blend of bulgar, parsley, mint, spring onions and tomatoes and is often topped with lemon juice and hummus. It’s the perfect accompaniment to falafel. 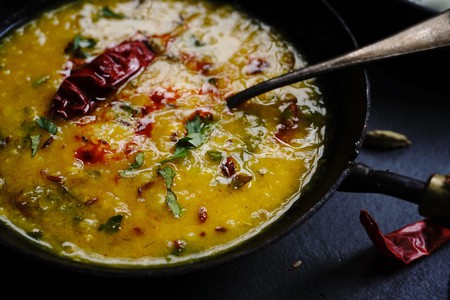 Dal is a primary staple in Indian cuisine, so you’ll find that different regions offer different spins on this national dish. All dals involve dried pulses, such as beans or lentils, which are seasoned with all sorts of lovely spices, such as turmeric, masala and coriander. Veggies, such as onions, chillies and tomatoes, are often added in for flavour. Rice and roti (flatbread) almost always accompany the dish, which pairs well with a mango lassi.