The 15 Best Cities In The World For Art 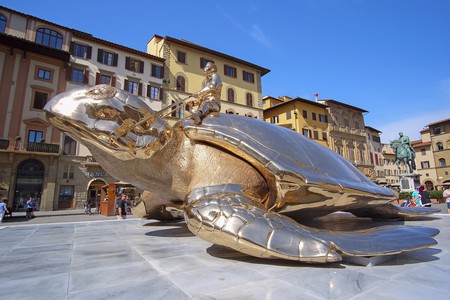 monument of the golden turtle near the Palazzo Vecchio in Florence, Italy| © Vereshchagin Dmitry/Shutterstock

Whether home to stunning public sculptures, world-renowned art galleries or a burgeoning street art scene, these cities scattered across the globe are the ideal destination for any self-professed lover of art. We tour some of the most vibrant art scenes in the world from familiar hotspots like Paris to up-and-coming arty hubs like Mexico City and Lagos.

With over 1,000 art galleries spread across the city, Paris is an art lover’s mecca. From iconic art museums like The Louvre – home of Leonardo da Vinci’s Mona Lisa, and a must-do on any art fan’s bucket list – and veteran contemporary galleries like Galerie Daniel Templon to relative newcomers like La Maison Rouge and Modus Art Gallery and the vibrant street art in Paris’ Belleville neighborhood, there’s art to be found around every corner in The City of Light. 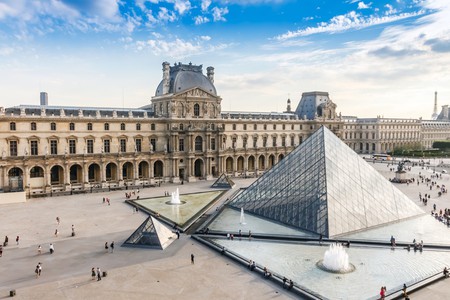 Manhattan alone is enough to keep art mavens occupied for days with world-famous institutions like the Metropolitan Museum of Art, MoMA and the Frank Lloyd Wright designed Guggenheim Museum – a work of art itself – alongside art gallery hotspots like Chelsea, but to ignore New York City’s other boroughs would be a crying shame. Head to Brooklyn’s Bushwick neighborhood for street art and cutting-edge contemporary galleries showcasing emerging talents and don’t miss out on Queens for the Socrates Sculpture Garden and Queens Museum. 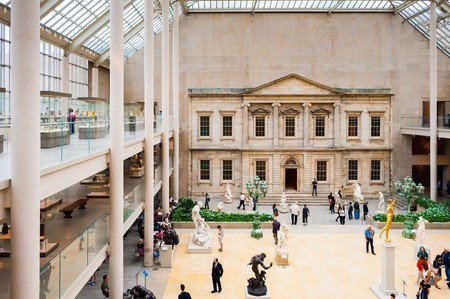 While some cities may have more or less defined art districts, Tokyo’s differs in that its galleries are spread far and wide across the sprawling metropolis, but they’re certainly worth the trek. A good place to start is Roppongi – home to the Mori Art Museum, National Art Center and smaller spaces like Ota Fine Arts – while over in Taito, SCAI The Bathhouse, a contemporary gallery in a 200-year-old former public bathhouse, is one of Tokyo’s most prestigious art destinations.

It might not boast the arty acclaim of Paris and New York, but Brazil’s sprawling megalopolis São Paulo is the art capital of Latin America. Beyond the venerable São Paulo Biennial, the world’s second oldest art biennial after Venice, the city is also home to the Museu de Arte Moderna where visitors can see modern and contemporary Brazilian art and a garden home to 30 outstanding sculptural works, while galleries like Choque Cultural offer a glimpse into local, emerging talents.

Whatever your particular art persuasion – classic, modern, contemporary or otherwise – London has a gallery to suit. Stop by the National Gallery to see iconic works of art like Vincent van Gogh’s Sunflowers and John Constable’s The Hay Wain, and visit the Tate Modern for international modern art by the likes of Picasso, Hockney and Warhol. The often controversial Saatchi Gallery is a must-visit for cutting-edge contemporary works, while fans of less formal art settings should make street art mecca Shoreditch a stop-off on their travels. 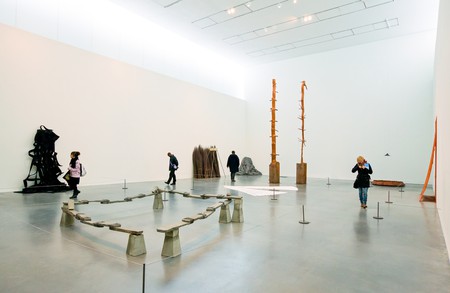 São Paulo might be the Latin American art capital but other hubs like Mexico City are staking their claim in the international art scene too. Since 2014 the city has hosted its own contemporary art fair, Material Art Fair, while up-and-coming contemporary galleries like House of Gaga and Kurimanzutto are making waves on the international art scene. Stop by the Palacio Nacional to see Diego Rivera’s awe-inspiring mural El mundo de hoy y de mañana and the beautiful La Casa Azul for works by fellow Mexican luminary Frida Kahlo.

For Renaissance art, there’s no better destination than Florence. Home to some of Michelangelo’s best-known works, including his David sculpture, Galleria dell’Accademia is a must-do, as is the landmark Galleria degli Uffizi where visitors can see masterpieces like Botticelli’s Birth of Venus and Raphael’s Madonna of the Goldfinch. While Renaissance might be the focus, contemporary art fans can get their fix at Florence’s Centro di Cultura Contemporanea Strozzina which was dubbed the ‘anti-Uffizi’ when it was founded in 2007.

monument of the golden turtle near the Palazzo Vecchio in Florence, Italy | © Vereshchagin Dmitry/Shutterstock

With its thriving cultural scene, Nigeria’s biggest city Lagos is being hotly tipped as one of the near future’s top arts destinations. The Centre for Contemporary Art and African Artists’ Foundation, both established in 2007, call the city home, with the latter responsible for the annual LagosPhoto Festival and National Art Competition. Spaces like Omenka Gallery – which focuses on established and up-and-coming Nigerian contemporary artists, alongside international talents – are also helping to put Lagos’ burgeoning arts scene on the map

City-state Singapore might be better known as one of the world’s leading financial centers, but its art scene is pretty impressive too. From local mainstays like the Institute of Contemporary Arts and the Singapore Art Museum to the recently opened National Gallery Singapore, which oversees the world’s largest collection of Singaporean and Southeast Asian art, the city is brimming with arts destinations, though just walking its streets reveals several stunning public sculptures – check out Salvador Dali’s Homage to Newtown at the UOB Plaza and Chong Fah Cheong’s First Generation near Cavenagh Bridge. 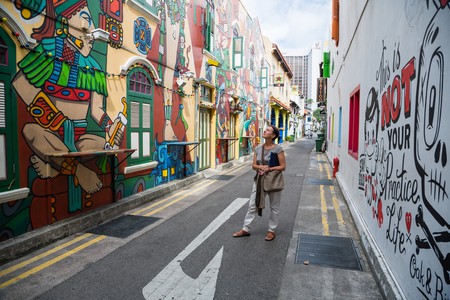 Berlin is home to one of the world’s most varied arts scene with long-standing institutions like the Alte Nationalgalerie and Gemäldegalerie boasting classic masterpieces from the 13th to 19th centuries and the more recently established Neue Nationalgalerie with its collection of modern 20th-century art. Wander through Friedrichshain for alternative art spaces like East Side Gallery, a 1.3 km section of the Berlin Wall today displaying the works of over 100 international artists, or take a walk along the river to check out Jonathan Borofsky’s Molecule Man sculpture.

While the Windy City boasts world-class institutions like the Museum of Contemporary Art and Art Institute of Chicago, you needn’t actually go inside to experience fantastic art – just wandering around The Loop reveals several public artworks including a once controversial Picasso sculpture, Spanish artist Joan Miró’s Chicago and Anish Kapoor’s iconic Cloud Gate in Millennium Park. Former warehouse district River North is another arty hotspot and with over 100 art galleries calling the neighborhood home, it boasts the highest concentration galleries outside of New York. 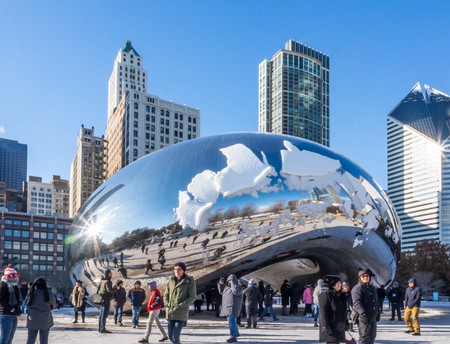 Like Mexico City, Colombia’s capital Bogotá is establishing itself as an emerging Latin American arts hotspot and in recent years has been hailed as one of the world’s top destinations for street art – indeed, just walking around the city reveals works by world-class street artists both native and international like Bogotá’s own DjLu and Australia-born CRISP. Indoors, the Museo de Arte Moderna de Bogotá and Museo Botero, home to over 100 works by ‘the most Colombian of Colombian artists’, are well worth a visit too.

A visit to the Museu Picasso, home to one of the biggest collections of Picasso works in the world, is a must-do for any art lover visiting Barcelona, but the Museu Nacional d’Art de Catalunya – which boasts an impressive number of Romanesque, Gothic and Baroque works – and young, contemporary galleries like Artevistas shouldn’t be missed either. It might be more architecture than art, but a trip to Barcelona wouldn’t be complete with ogling the awe-inspiring works of Gaudi – head to Sagrada Família and Parc Güell for some of the most stunning examples. 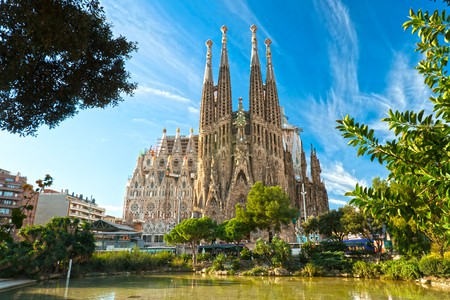 From large institutions like the National Gallery of Victoria, Australia’s oldest public art museum, and the Australian Centre for Contemporary Art to the hip Gertrude Contemporary in the city’s bohemian Fitzroy neighborhood, Melbourne’s art scene isn’t to be missed. But some of the best art Melbourne offers dots its streets and public spaces – check out British sculptor Simon Perry’s Public Purse in Bourke Street Mall before heading to Birrarung Marr park to see the Federation Bells and Melbourne artist Deborah Halpern’s Angel sculpture.

The opening of the San Francisco Museum of Modern Art (SFMOMA) – the West Coast’s first museum dedicated to modern and contemporary art – in 1935 put San Francisco on the map as California’s best art city, but for fans of fine art the De Young Museum is a must-visit, home to one of the finest collections of American paintings in the country. For an alternative art experience, check out San Francisco’s Mission District – brimming with vibrant murals, it’s practically an outdoor art gallery in itself. 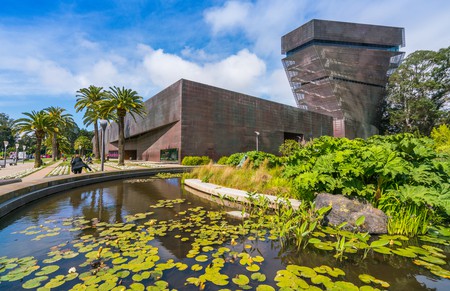 Fine Arts Museums of San Francisco,California | © Checubus/Shutterstock
Give us feedback