The 13 Most Colourful Cities in the World 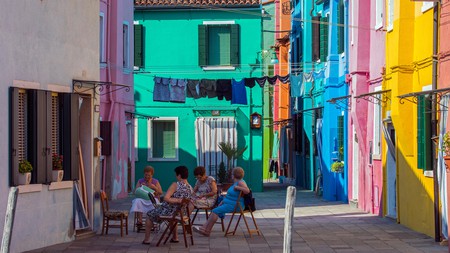 Travelling awakens the senses, especially if the intended destination is known for its vibrancy. Culture Trip experts have searched the world to highlight 13 of its most interesting and colourful cities. Before long, you could be jetting off to these destinations to take postcard-perfect snapshots.

The movie Edward Scissorhands (1990) features a suburban neighbourhood lined with pastel-coloured houses. You can see the real-life equivalent by taking a trip to Tobermory, the capital of Mull off the west coast of Scotland. The population here is only 900, but the colourful houses that line the seafront are celebrated because they were featured in the children’s BBC programme Balamory. 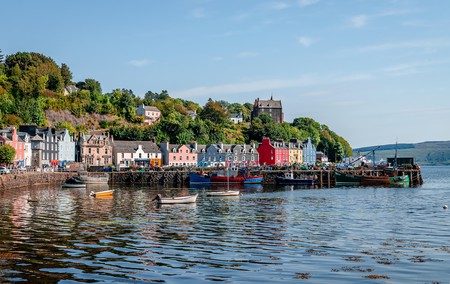 Renowned for its eye-catching architecture, Barcelona is a feast for the senses. If you’re looking for a treat, take a trip to Park Güell, a famous green space with bright buildings and interesting mosaics. 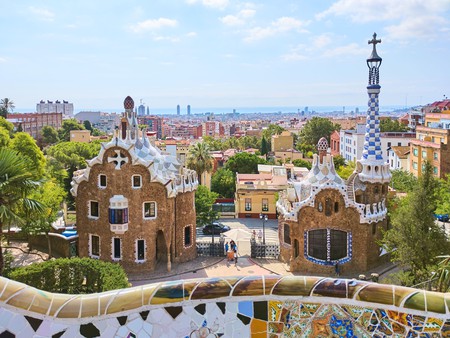 One of the most popular holiday destinations in the world, Mexico is famed for its colourful villages and resorts. And when it comes to painting their houses, the residents of Guanajuato don’t hold back. Come here for a visit and you’ll be dazzled by a sea of vibrant shades set against rocky hills in a town that was once famous for silver mining. 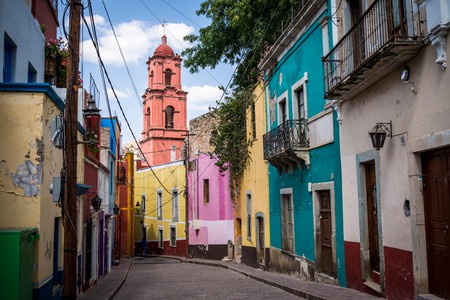 In Zurich, luxury is a way of life, and you’ll notice it even when doing something as seemingly basic as sitting down to brunch. While in the city, you’ll get the chance to sample a full array of lavish breakfasts and lunches where the food on your plate looks as good as it tastes, and the places you will see on your travels are just as eclectic and expensive-looking. It’s great to see colour used in such a classy way here. 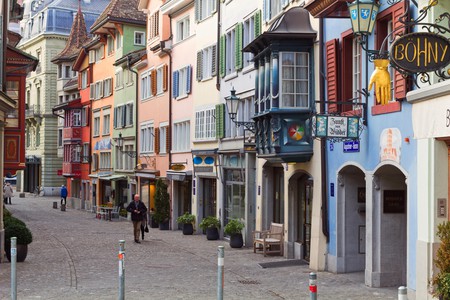 In Zurich, luxury is a way of life | © Paolo Romiti / Alamy Stock Photo

European explorers first arrived here in the 15th century, making St John’s one of the oldest cities in Canada. Like some of the other places on this list, it has no shortage of colourful residences. Be sure to make a beeline for Jellybean Row to see some fabulous examples of bright property fronts. Ships’ captains who lived here would make a point of painting their houses in vibrant colours so they could easily spot them from the water. 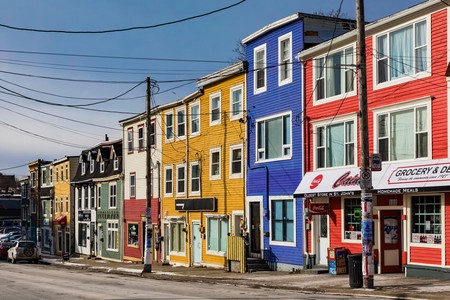 In 2010, the Brazilian government recruited Dutch artists to turn the city’s slums into a memorable project. The result is striking, especially in the Favela Santa Marta. The whole process could have come across as a forced attempt at changing the look of the place, but a number of locals were also involved in turning this favela into what is now one of the safest places to visit in Rio de Janeiro. This is a place that is bursting with a sense of local pride, evident if you take one of the walking tours on offer here. 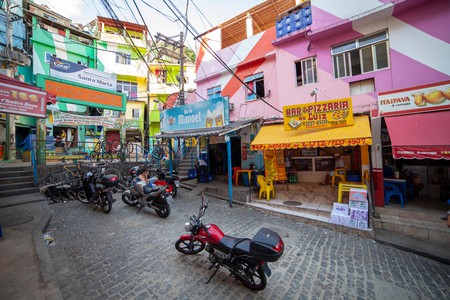 Tourists flock to the old town of Wroclaw, on the Oder River in western Poland, to stroll through its quaint cobblestone streets and many bridges. The buildings that line the streets, however, are the true standouts, with their brilliant combination of historical architecture and richly painted wood. 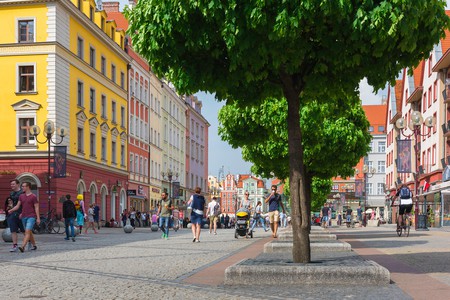 Many of the buildings in Wroclaw, Poland, are painted in rich hues | © Michael Brooks / Alamy Stock Photo

Considered the cultural hub of the country, Valparaiso is also a place where you can marvel at stunning seafaring vessels. This is a port city, and there’s an almost constant stream of elegant boats to enjoy alongside the colourful buildings on land. 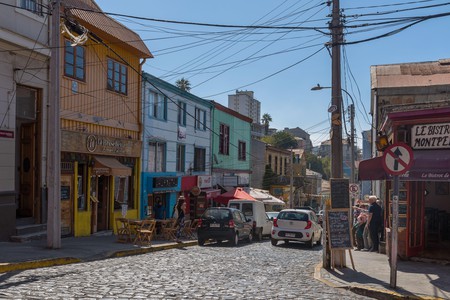 Many people are familiar with having to get permission from housing authorities before making major changes to their residences. In Burano, residents have to get government permission before even painting their houses. No two residences next to each other are painted the same way, and the result is a riot of contrasting colours.

No two residences next to each other in Burano, Italy, are painted the same way | © Steve Tulley / Alamy Stock Photo

Cape Town is where luxury and colour coexist in harmony, and the city is famous for its opulent houses that are sure to leave lasting impressions. Many are in areas with stunning seaside scenery, too. The Bo-Kaap neighbourhood has a rich and multicultural history and its multicoloured houses, painted in bright, vibrant shades, attest to that. 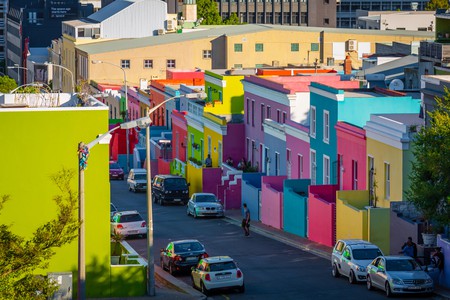 Noted for its busting culinary scene and multi-ethnic community, as well as being the birthplace of a nation, Boston attracts everyone from all walks of life, from academics to socialites. The city also has plenty of annual events to plan a visit around, Halloween being a particular highlight. The streets light up as people gather to celebrate in places such as historic Beacon Hill. 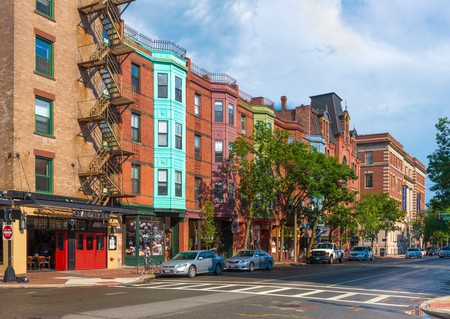 In the 18th century, to celebrate the arrival of the Prince of Wales, Maharaja Sawai Ram Singh ordered the Indian city of Jaipur to be tinged with pink. And it’s still pink today – on everything from the boulevards to historic landmarks. The palaces of Jaipur are among the best in the world and attract visitors from all over. 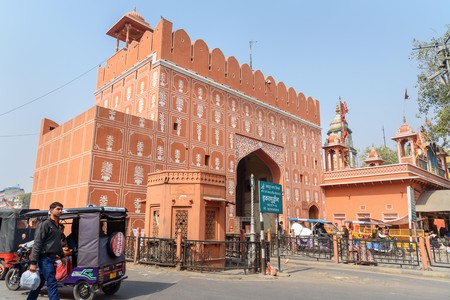 Made up of five boroughs, New York City truly lives up to its nickname of the city that never sleeps. From the billboards of Times Square to the lush landscapes of Central Park, it pulses with an unmistakable and constant energy. If you can look past the admittedly impressive skyline, at ground level you’ll find a place full of colour in the most unexpected places. 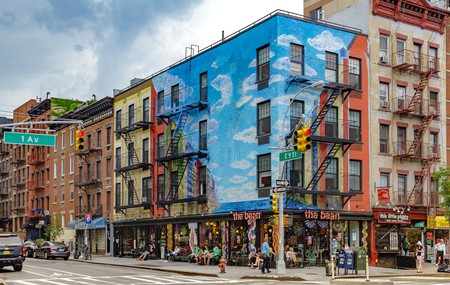