The 11 Best European City Breaks to Take in January 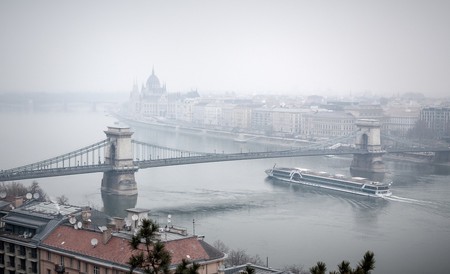 What better way to beat the January blues that by treating yourself to a European mini-break? Not only is January generally considered the low season across much of Europe, meaning fewer crowds and cheaper prices, but there’s usually plenty going on in terms of cultural highlights. Here are some of the best European city break destinations to consider this January.

One of Europe’s hottest new city break destinations, Lisbon has great nightlife, plenty of museums and galleries plus a mouthwatering food culture. Wrap up and explore the streets of the Alfama district before cozying up in the corner of a trendy wine bar to sample some local fare. Don’t miss the Lisboa Story Centre for a crash course in local history.

There’s something utterly enchanting about the thought of Prague in the winter: its castles and palaces somehow look even more romantic with a dusting of frost. Don’t worry, though: this is a city that knows how to deal with the cold, and you won’t even feel it after a glass or two of local beer – some of the best in Europe. 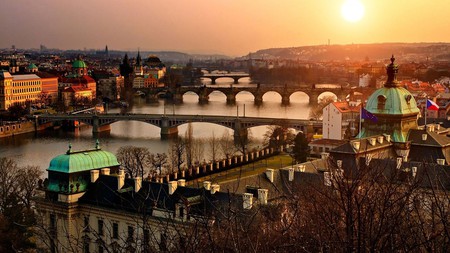 This is possibly one of the best times of the year to visit the Catalan capital if you’re more interested in the architecture and art scene than the beach life. January is the quietest time of the year and is also generally a dry month with little to no rain, so ideal for exploring the Gothic Quarter and Barcelona’s other major landmarks.

OK, so the weather in London in January is going to be pretty grim – but how much time are you actually planning on spending outdoors anyway? This is one of the cheapest times of the year to visit one of Europe’s most expensive cities, so make the most of it by getting lost in the department stores on Oxford Street, warming yourself up in Shoreditch’s trendiest restaurants and treating yourself to a night at the theatre in Covent Garden. 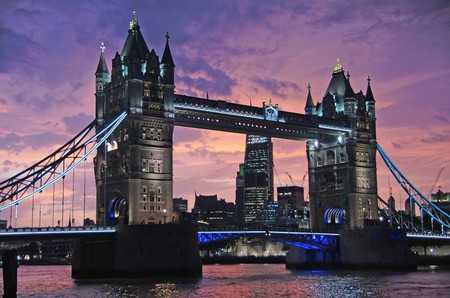 Come winter, it’s time to forget the boat canal tours in Amsterdam and grab a pair of ice skates instead, as the city’s waterways often become ice rinks when the temperatures freeze. If not, there are always some world-famous museums to keep you busy, from the Anne Frank House to the Van Gogh Museum or the Stedelijk Museum of Modern Art.

The birthplace of Mozart, Salzburg is a city steeped in culture and history and surrounded by the scenic Alp mountains. The historic city centre’s impressive baroque architecture has earned it UNESCO World Heritage status and it is all the more magical in the crisp winter light. There are also some great hiking and racketing opportunities to be had nearby. 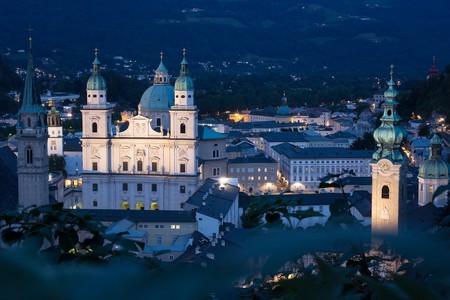 Salzburg at night | © Austrian Tourist Board

Another city that really benefits from the low season in terms of crowds, Rome is an altogether different city in the winter. You’ll be able to enjoy the same incredible architecture, fantastic food and historic landmarks, but without feeling as if you’ve accidentally joined a package tour holiday as you wander through its main sights.

Another city that is no stranger to the cold, Budapest makes up for it thanks to its magnificent thermal baths and spas, which are just perfect for warming you up after a day’s sightseeing. After admiring the reflection of the Hungarian Parliament in the Danube below it, warm yourself up with a traditional bowl of goulash and you’ll be sure to sleep well. 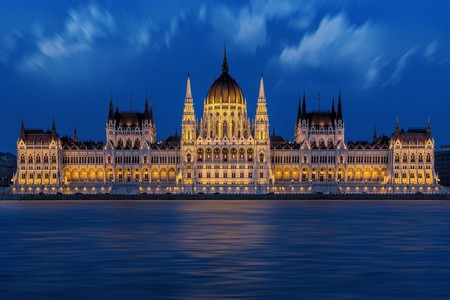 If you can’t decide between a city break and a skiing trip, Geneva is a perfect compromise, thanks to its location just an hour away from a number of ski stations such as Avoriaz, La Clusaz, Les Carroz and Flaine, and it’s only an hour and a half from Chamonix. Back in the city, treat yourself to fine-dining restaurants, luxury shopping and the charm of Lake Geneva in the winter.

If you’re hoping to forget about Christmas and are already looking forward to spring, treat yourself to a little sunshine in Seville. While the temperatures won’t really get past the 16ºC mark, it’s warm enough to feel that you can leave the gloves, scarf and woolly hat at home as you admire the architecture of this Andalusian gem with its Moorish influences and heartwarming food culture. 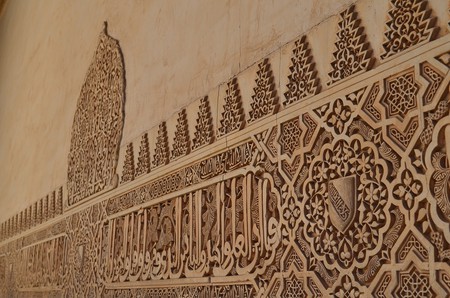 One of the European capitals of culture, Vienna abounds in jaw-dropping architecture, mesmerising museums and impressive landmarks that retrace the story of this historic city. Enjoy trips to the opera to hear the works of former residents Mozart and Beethoven, or admire Gustav Klimt’s The Kiss in the Castle Belvedere. And, of course, you’ll want to warm up with a mug of Viennese hot chocolate at the end of the day.

Which are the best European cities for solo travellers?