The 10 Worst Mishaps In The History Of Art

Holes punched through Picassos; warehouse fires; the strange case of a missing 38-ton sculpture; the art world has experienced some spectacular mishaps in recent years, and we’ve lined up ten of the worst. 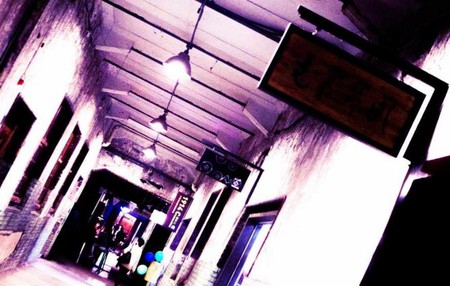 Huashan 1914 Creative Park, the scene of the accident | © Jirka Matousek/Flickr

One of the art world’s most recent mishaps happened in Taiwan in August 2015 when a 12-year-old boy visiting an exhibition, The Face of Leonardo: Images of a Genius at Taipei’s Huashan 1914 Creative Park, tripped and fell into a painting. The artwork in question – a 350-year-old still life entitled Flowers by Italian painter Paolo Porpora valued at $1.5 million – was left with a fist-sized hole punched through its bottom right corner. Luckily the painting, which is owned by a private collector, is insured and due to be restored by expert art conservator Tsai Shun-Jen. 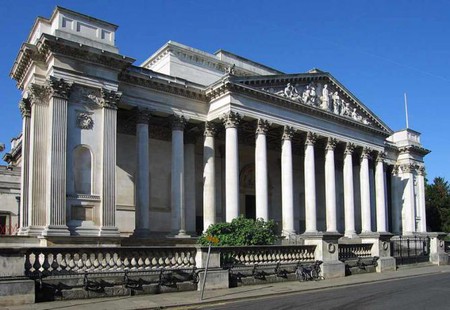 Three 17th century Chinese vases were smashed to pieces in 2006 at Cambridge, England’s Fitzwilliam Museum in a moment straight out of a slapstick comedy. Visitor Nick Flynn was descending a flight of stairs when a loose shoelace caused him to fall into one of the Qing dynasty era vases, creating a devastating domino effect that left the three vases in smithereens on the floor. The vases – which are thought to be worth around £500,000 and had been on display at the Fitzwilliam Museum for over 40 years at the time of the accident – underwent a lengthy, painstaking restoration process by ceramic conservator Penny Bendall and are now back on display. 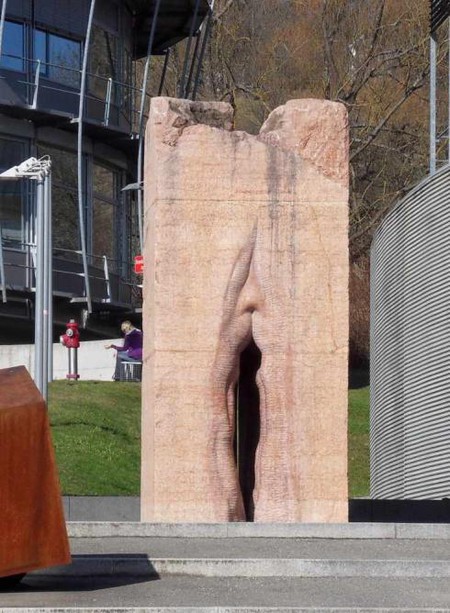 Germany-based Peruvian artist Fernando de la Jara’s sculpture Pi-Chacan – a 32-ton, 14-foot-high work carved from red Verona marble and modeled on the vulva – had stood at the University of Tübingen’s Institute of Microbiology and Virology without incident since 2001. Until, that is, an unnamed American exchange student apparently acting on a dare climbed into the sculpture and found himself stuck fast inside the giant vulva. A perhaps excessive five fire engines and 22 firefighters arrived at the scene to extract the hapless student and though the rescue team were less than amused, de la Jara took it all in his stride and is reported to have the incident quite comical. 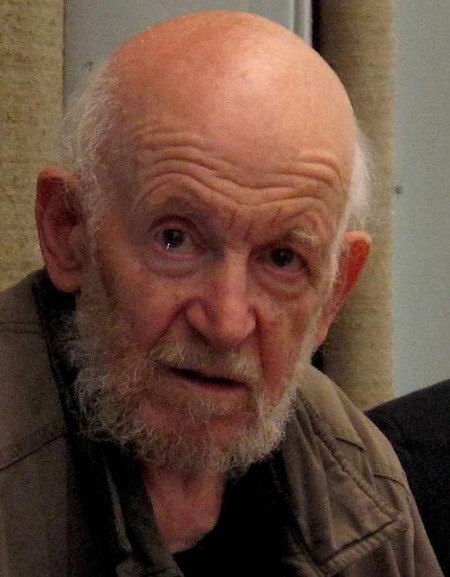 A cleaner tidying up after Tate Britain’s Art and the 60s: This Was Tomorrow exhibition in 2004 committed a faux pas when they accidentally threw out a part of German artist Gustav Metzger’s installation Recreation of First Public Demonstration of Auto-Destructive Art. In the cleaner’s defense, the discarded item was a plastic bag of trash and easily mistaken for garbage. In a strange twist, the cleaner’s mistake was actually quite in keeping with Metzger’s concept of auto-destructive art which defines art as having a finite existence after which it should be destroyed – though perhaps a little prematurely in this case. 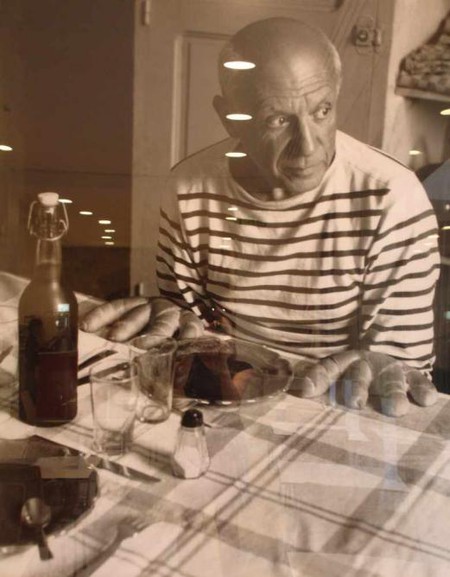 Picasso’s Le Rêve given the elbow

In 2006, casino tycoon and art collector Steve Wynn was about to make the sale of a lifetime with Pablo Picasso’s 1932 work Le Rêve – which fellow collector and hedge fund manager Steve Cohen had agreed to buy for a jaw-dropping $139 million, at the time the highest price ever paid for an artwork – when he accidentally elbowed the painting leaving a two-inch tear in the masterpiece. While it was restored, the incident seriously devalued the painting and the two collectors amicably called off the sale. Seven years later however, Wynn eventually did sell Le Rêve to Cohen for a staggering $155 million – $16 million more than its original pre-accident price. 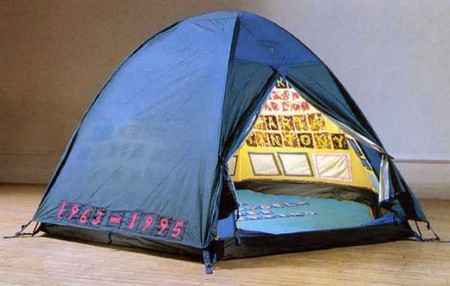 Hundreds of artworks by prominent British contemporary artists with a total value of over £50 million were destroyed in 2004 when a fire – seemingly started by a burglar breaking into a neighboring storage facility – spread through a warehouse owned by art storage and transportation company Momart. A devastating blow to both the creators and collectors of the artwork destroyed, the fire claimed several noteworthy pieces of 20th century British art including over 50 works by acclaimed abstract painter Patrick Heron, several paintings by Damien Hirst and Tracey Emin’s famous installation Everyone I Have Ever Slept With 1963–1995.

A sculpture created by the late German artist Martin Kippenberger was damaged irrevocably in 2011 while on display at Museum Ostwall in Dortmund, Germany when an overzealous cleaner took to work on it. The sculpture, When It Starts Dripping From the Ceiling, consists of a tower of wooden slats placed above a trough in which Kippenberger had spread a layer of paint which the cleaner mistook for a stain and scrubbed clean. Valued at around $1.1 million prior to the accident, a spokeswoman for Museum Ostwall said of the privately owned sculpture: “It is now impossible to return it to its original state.” 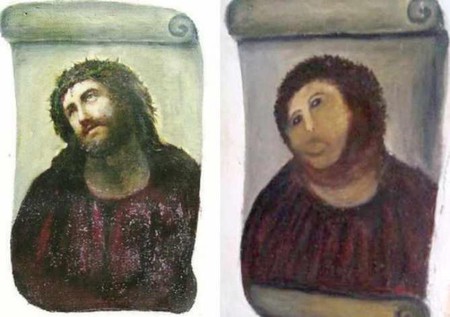 In 2012 in the Spanish town of Borja, a well-meaning 82-year-old woman ruined a fresco depicting Jesus Christ that had taken pride of place in Misericordia Church for more than a century. Believing she had permission from the church’s priest, Cecilia Giménez took to “restoring” the fresco, but instead turned it into something that BBC correspondent Christian Fraser described as “a crayon sketch of a very hairy monkey in an ill-fitting tunic.” There is a happy ending to the Misericordia Church mishap, though: since the incident thousands of tourists have flocked to see Giménez’s handiwork and her botched restoration has inadvertently helped revive Borja’s local economy. 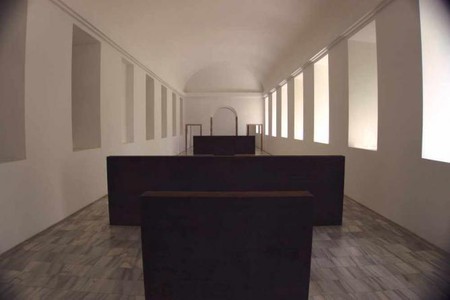 A strange case involving American sculptor Richard Serra and Madrid’s Museo Nacional Centro de Arte Reina Sofía occurred in 2006 that begged the question, how does a museum misplace a 38-ton sculpture? Serra’s 1986 work Equal-Parallel: Guernica-Bengasi – a series of four solid steel blocks – had been on display at the museum until being put into storage in 1990. Upon attempting to re-exhibit the work 15 years later, it was discovered the storage company had gone into receivership and the sculpture lost somewhere along the way. To date, the missing sculpture has not been found, though Serra produced a replica for the museum in 2008. 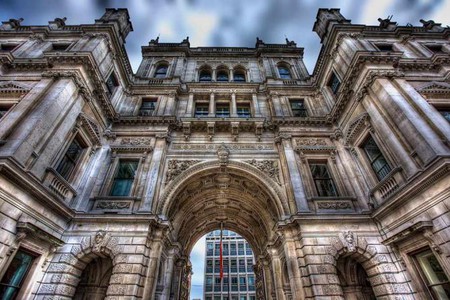 A second stroke of bad luck for British artist Tracey Emin occurred in 2008 when an exhibition she curated at London’s Royal Academy of Arts was the scene of another “bull in a china shop” incident. A visitor making their way around the exhibition fell into Costa Rican artist Tatiana Echeverri Fernandez’s sculpture Frauleins Christina, Panthea, Zenobia, Semiramis and Guinevere – a series of five nine-foot-tall totem-like structures – sending one crashing to the floor. Prior to the accident, the artwork was one of six shortlisted for the Royal Academy’s 2008 Charles Wollaston Award but lost out to Jeff Koons’ Cracked Egg sculpture.