The 10 Most-Wanted Missing Paintings In The World 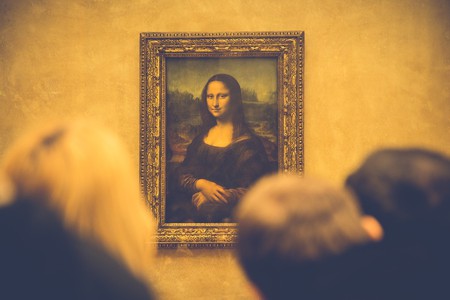 When the Mona Lisa was stolen from the Musée du Louvre in Paris in 1911, the theft caused an international sensation. Hiding in a broom closet until the museum was closed, Louvre employee Vincenzo Peruggia then swiped the painting, leaving just four iron pegs on the walls. Two years later, the thief and the painting were recovered, and the painting returned to the museum in 1914. However, many prolific stolen artworks have yet to be found, and their whereabouts remain a mystery. Here is a list of the most famous missing paintings in the world.

Painted by Vincent Van Gogh, Poppy Flowers (also known as Vase and Flowers) was stolen from the Mohamed Mahmoud Khalil Museum in Cairo in August 2010. The painting depicts yellow and red poppy flowers against a dark background and is small in size, measuring just 65 x 54 centimeters. It is believed that Van Gogh painted this work three years before his suicide and that it was created out of Van Gogh’s admiration for Adolphe Monticelli. With an estimated value of $50 million, it is no surprise that the painting was targeted by thieves. The robbery in 2010 wasn’t the first time the painting had been snatched; it was stolen from the same museum in June of 1977. Following an extensive search operation, it was found ten years later in Kuwait. A few hours after the second theft in 2010, Egyptian officials and police believed that they had discovered the painting at the Cairo International Airport when two suspects attempted to board a plane to Italy. However, this lead proved to be false, and the painting’s location is still unknown. 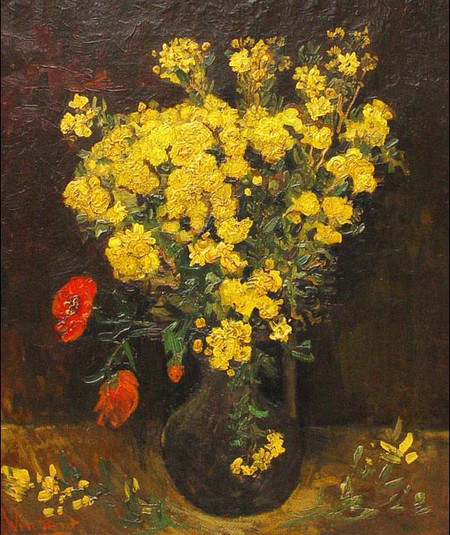 Painted in 1911, Pablo Picasso’s Le Pigeon aux Petits Pois (The Pigeon with Green Peas) became the target for a large art robbery in May of 2010. Swiped alongside four other masterpieces, Picasso’s painting was stolen from the Musée d’Art Moderne de la Ville de Paris. All five works have an estimated value of €100 million. What was unusual about this theft was that it was carried out by one person instead of a gang of thieves, and all that was found at the crime scene was a broken padlock and a single smashed window. The paintings themselves were also removed from their frames rather than being cut. In 2011, a man who stated that he had thrown the painting into a rubbish container following the theft was convicted of the robbery. However, the credibility of this story is doubtful, and the painting is still lost.

Painted by Johannes Vermeer in 1664 and depicting an ambient scene of a man and two women performing music, The Concert was part of a large art heist that took place in 1990 at the Isabella Stewart Gardner Museum. In March of that year, a group of thieves entered the museum dressed as Boston police and claimed that they were responding to a call. The thieves stole 13 paintings in total, including Vermeer’s famous work. The painting’s estimated value is $200 million; as a result, it holds the record for the most valuable and unrecovered artwork in the world. This is not the first time the painting’s whereabouts are unknown. The painting was sold in Amsterdam in 1696 and did not resurface for over 100 years. It was purchased by Isabella Stewart Gardner in 1892 in Paris for $5,000 and went on display in the museum in 1903. 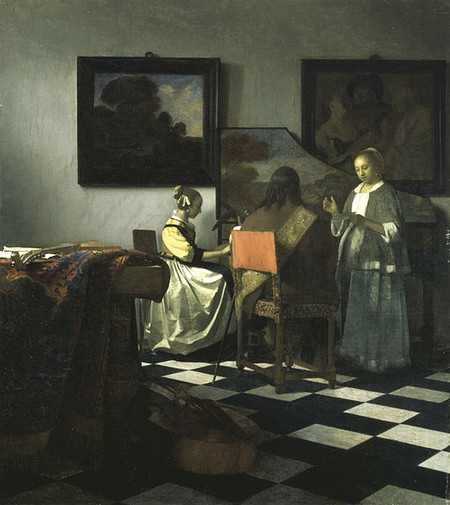 The Storm on the Sea of Galilee | Rembrandt van Rijn

Another painting snatched in the same robbery as the Vermeer was The Storm of the Sea of Galilee by Rembrandt van Rijn. This painting is believed to be Rembrandt’s only seascape. It depicts Jesus and the miracle of calming the Sea of Galilee from the Gospel of Mark. Painted in 1633, the painting is also amongst the most valuable missing artworks in the world. There have been recent developments related to the theft. In 2013, the FBI claimed that they knew the culprits of the crime and that the theft was carried out by a gang rather than one individual. However, there have been no other announcements about the case since then. There is a $5 million reward for information in relation to the robbery. The museum still displays the empty frames of the stolen paintings. 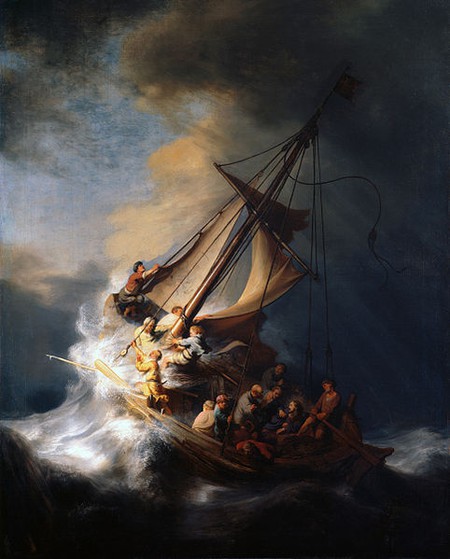 Rembrandt, The Storm on the Sea of Galilee, 1633 | (c) Aavindraa/WikiCommons

One of the most prolific artists in history, Caravaggio’s works are among the most valuable in the world, and as a result, there have been a number of attempts by thieves to steal them. One successful theft occurred in 1969 when The Nativity with St. Francis and St. Lawrence (also known as The Adoration) was taken from the Oratory of San Lorenzo in Palermo, Sicily. The painting hung above the altar and was almost six square meters in size. The thief must have removed the painting from its frame due to its size. The Oratory was also pillaged of other artworks, precious woods and benches inlaid with mother of pearl. The location of the Caravaggio is still unknown to this day. It is believed that the local Sicilian Mafia carried out the theft, but this is just speculation. It is also rumored that the painting is hidden abroad or that it was destroyed during the theft or during the 1980 earthquake. 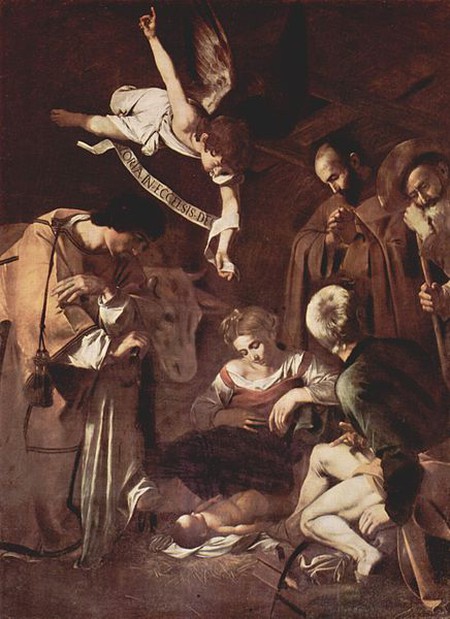 Stolen in 1934, Jan van Eyck’s The Just Judges (also known as The Righteous Judges) was one part of a display at Saint Bavo’s Cathedral in Ghent, Belgium. It was part of The Adoration of the Lamb altarpiece that Jan van Eyck created between 1426 and 1432. The panel, which is also believed to have been painted by his brother Hubert van Eyck, is considered to depict several contemporary figures, as well as portraits of Jan and Hubert van Eyck themselves. Oddly, The Just Judges was the only part of the 12-panel altarpiece that was taken. Furthermore, it was replaced by a note that read ‘Taken from Germany by the Treaty of Versailles,’ which was written in French. Over the following year, a number of random notes and letters were exchanged between the Belgian government and the supposed thief, a flamboyant local politician named Arsène Goedertier. On his death bed, the thief claimed that he knew the painting’s location but that he was taking the secret to his grave. To this day, the location of the painting is still unknown, although it has long been speculated that it was destroyed. The panel was replaced in 1945 by Belgian copyist Jef Van der Veken, who applied a layer of wax to the copy to make sure it blended in with the altarpiece.

Portrait of a Young Man | Raphael

Snatched by the Nazis in Poland, the Portrait of a Young Man is believed to have been created by Raphael around 1513. It is often cited as one of the most important missing paintings since World War II. While the subject matter is disputed, it is generally regarded to be a self-portrait of Raphael, as the facial features are similar to those depicted in his self-portrait in the fresco The School of Athens. The portrait shows a confident and well-dressed young man, depicted in an early Mannerist style. In 1939, the family patriarch Prince Augustyn Józef Czartoryski rescued a number of pieces from the Czartoryski Museum, including Portrait of a Young Man. Despite being hidden, the collection was discovered by the Gestapo. The portrait was sent to Berlin and then Dresden to become part of the Führer’s Collection at Linz. The last sighting of the painting was in Kraków when it was placed in Wawel Castle. Its current location is still unknown. In 2012, a false report about the painting’s rediscovery was published but was soon ascertained to be a hoax. 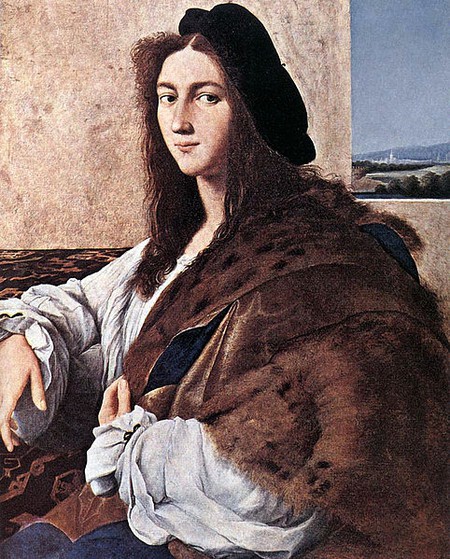 Raphael, Self Portrait of a Young Man, c1510 | (c) Algotr/WikiCommons

Between 1899 and 1904, Impressionist Claude Monet painted his famous series of Charing Cross Bridge in London, depicting the bridge over various times of the day and from different views. One of these paintings was stolen from Rotterdam as part of the Kunsthal Museum theft in October 2012. Following the theft, a group of Romanian thieves were convicted of the crime. One of the burglars claimed that the Monet painting, as well as a few other artworks that were stolen, was burned in his mother’s stove in order to hide any evidence of the theft. Following a search of the stove, traces of pigment were found, but there was not enough solid evidence to prove his claim. The painting is still listed as missing, and the investigation continues.

Part of the same Rotterdam art heist was Reading Girl in White and Yellow by French artist Henri Matisse. Painted in 1919, the painting depicts a woman deep in thought reading a book, sitting next to a table decorated with flowers. The theft of this artwork and the others stolen in the robbery was one of the biggest in The Netherlands in over a decade. The burglars broke into the museum through an emergency exit and swiped a number of works before fleeing, all within two minutes. The mother of one of the thieves also claims that she was frightened following her son’s arrest, and so she buried the stolen artworks in an abandoned house and a cemetery in the village of Caracliu. She later dug up the paintings and burned them in her stove. The Matisse painting and the other stolen works formed part of the Triton Foundation collection.

Missing since 1988, the portrait of Francis Bacon by Lucian Freud was taken from Berlin’s Neue Nationalgalerie, possibly by a fan of Bacon or a student. The gallery was full at the time of the theft. Following the robbery, Freud designed his own wanted poster for the stolen portrait, but this didn’t garner any responses. The poster depicts a monochrome version of the painting with ‘wanted’ in red as well as a reward. The stolen painting was created over half a century ago and reveals Freud and Bacon’s close friendship. The portrait was praised for its intimate nature and tension. At the time of the theft, the portrait was on loan from the collection at the Tate for a retrospective on the artist at the Berlin gallery. There has been information regarding the portrait since the theft.