10 Magical Fairytale Destinations Around The World

These ten destinations, whether centuries-old castles, picturesque little towns or magical forests, exude a certain enchanting, fairytale-like charm. We explore some of the world’s most magical fairytale destinations from beautiful European towns like Colmar and Hallstatt to Japan’s mystical Zhangjiajie National Forest Park.

Perched high on a rocky hill above the pretty village of Schwangau in southwest Bavaria, Neuschwanstein Castle is one of Europe’s most popular castles and welcomes an average of 1.4 million visitors each year. Commissioned by King Ludwig II (the German monarch that came to the throne as a teen and was known for his love of grandiose architecture) and built in the late 19th century, the Romanesque Revival-style chateau has been featured in films including Chitty Chitty Bang Bang and The Great Escape and is reportedly the inspiration behind the Sleeping Beauty Castle at several Disneyland parks worldwide. 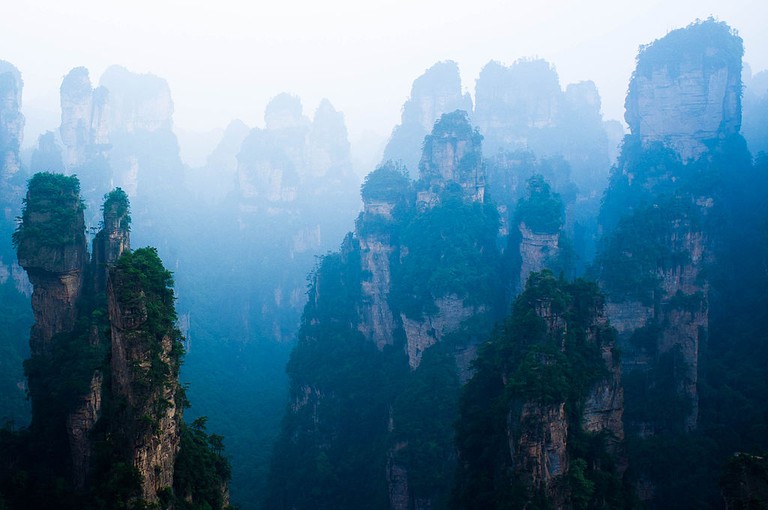 Zhangjiajie National Forest Park, Hunan, China | © Severin.stalder/WikiCommons
If the breathtakingly beautiful Zhangjiajie National Forest Park located in the northern reaches of south-central China’s Hunan province looks familiar, it’s because films buffs may recognize the otherworldly landscape from James Cameron’s Oscar-winning 2009 sci-fi movie Avatar.In fact, one of the park’s quartz-sandstone towers, the 3,540-foot-high Southern Sky Column, was officially renamed ‘Avatar Hallelujah Mountain’ for its role in inspiring the film’s set. The park, which became China’s first national forest park when it was officially inaugurated in 1982 and was recognized as a UNESCO Global Geopark in 2004, is home to several of these towering, tree-covered quartz-sandstone peaks.
Open In Google Maps
Wulingyuan District Zhangjiajie, Hunan, China
Visit Website
Give us feedback

In 1931, Parisian author Georges Duhamel declared Colmar, France as ‘the most beautiful town in the world’, and with its picture-perfect streets filled with traditional, Alsatian architecture, the rural town is brimming with old-world charm. Walk through Colmar’s enchanting ‘Little Venice’ district, so-named for the canal that flows through the area, along to Rue des Marchands where delightful half-timber houses can be discovered alongside the beautiful Renaissance era Pfister House. An evening stroll through the historic town on Friday and Saturday nights( and nightly during major events like Christmas in Colmar and the Alsace Wine Fair) is all the more enchanting thanks to Colmar’s illuminations. 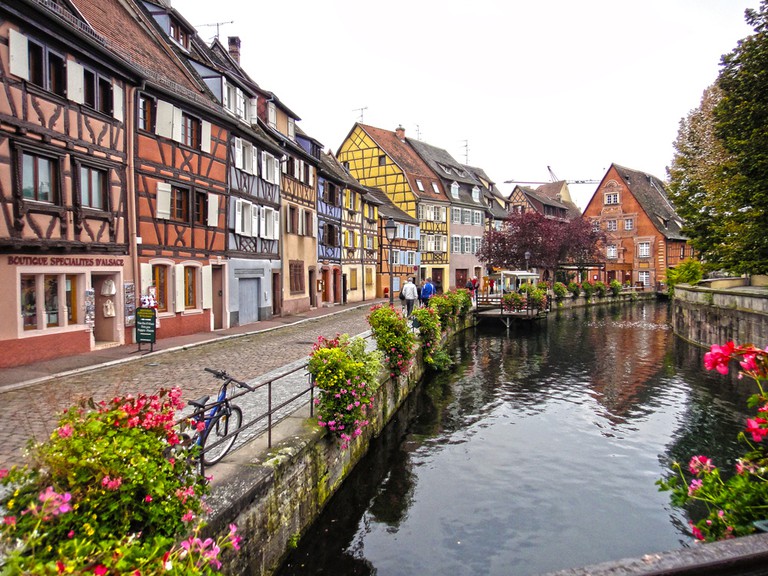 With its pristine stretches of white sands and breathtaking views of the Indian Ocean, the Maldives is certainly one of the world’s most beautiful destinations, but what makes the tropical island chain even more stunning is a unique spectacle on Vaadhoo Island during which a show of surreal, glittering lights appear in the seashore’s surf. Known as the ‘Sea of Stars’ the spectacle is actually down to thousands of bioluminescent marine microbes called phytoplankton that emit light when disturbed, resulting in an awe-inspiring show that mimics a million, tiny blue lights illuminating the ocean.

Located within the bounds of Washington’s Olympic National Park, the Hoh Rainforest is one of the USA’s finest surviving examples of temperate rainforest, and thanks to an average annual rainfall of between 140 and 170 inches, it is home to a verdant, green landscape of moss-blanketed deciduous and coniferous species including big leaf maples and Sitka spruces. Two short trails, the 1.2-mile-long Spruce Nature Trail and the less than a mile-long Hall of Mosses Trail, offer routes to explore the enchanting landscape, and those who are lucky may even spot a grazing Roosevelt elk or two. 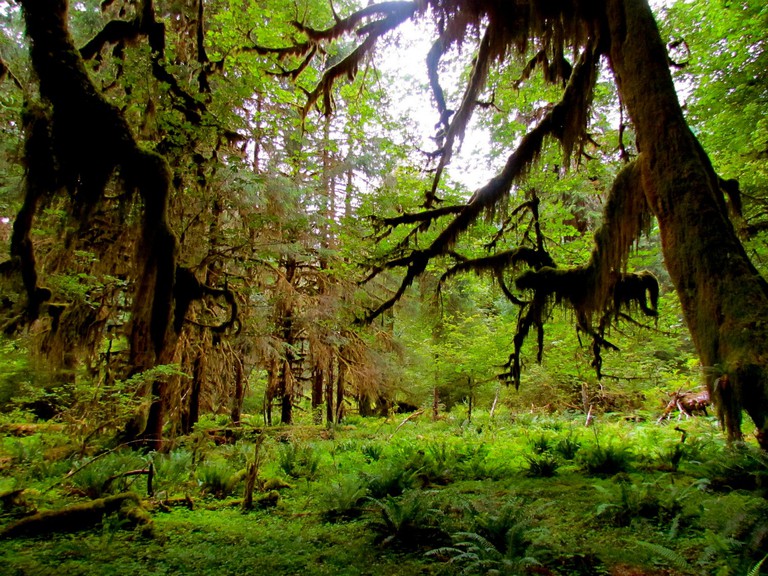 Situated on a tiny island in the Scottish Highlands at the point where three mighty sea lochs meet, the beautiful Eilean Donan Castle and the stunning, wild scenery that surrounds it has become one of Scotland’s most iconic landscapes. First constructed in the 13th century, the castle was rebuilt several times over its long, colorful history until a Jacobite uprising in 1719 left Eilean Donan in ruins. The castle remained a ruined husk for almost 200 years until, thankfully, Lieutenant Colonel John MacRae bought the site in the early 20th century and set about restoring Eilean Donan to its former glory, eventually re-opening in 1932. 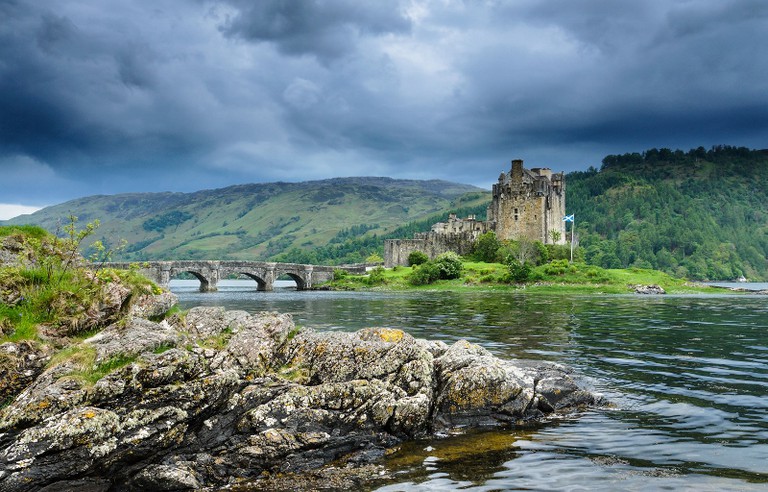 A jewel of California’s central coast, Carmel-by-the-Sea is known for its European village vibe, white sandy beach and fairytale-like architecture. It’s no wonder the picture-perfect seaside village has been an inspiration for artists, among them American poet Robinson Jeffers who built a home, Tor House and Hawk Tower, in town and whose work celebrated the beauty of the California coast. Stroll down Carmel-by-the-Sea’s charming streets where fairytale cottages, many of them designed or inspired by adopted local Hugh Comstock, give way to no less than 42 enchanting courtyards and secret passageways. 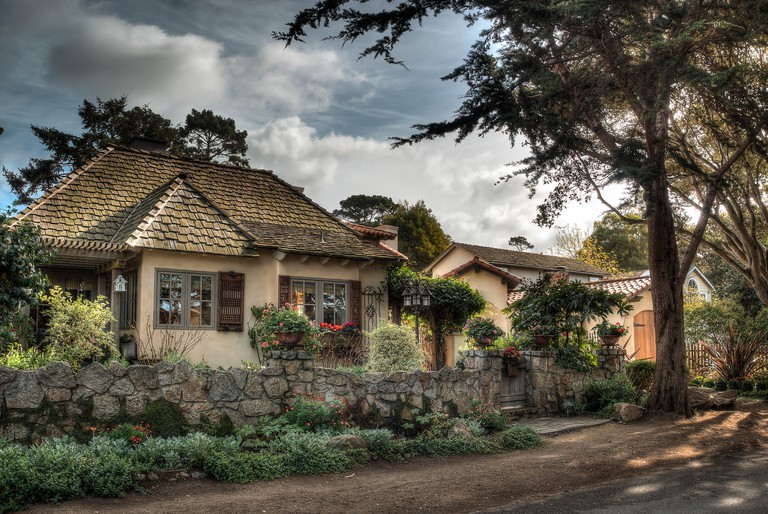 Nestled on the edges of the crystal clear waters of Hallstätter See, with the majestic Dachstein Mountains forming a dramatic backdrop, it’s easy to see why Hallstatt is said to be one of the most photographed villages in Austria. A jewel in the already stunning Salzkammergut Lake Region, Hallstatt is a UNESCO World Heritage Site thought to be one of the oldest still-inhabited settlements in Europe and is home to a wealth of beautiful Baroque and Gothic architecture. It’s a town so charming that property developers in China felt compelled to build a controversial replica of the entire village in Huizhou, Guangdong Province. 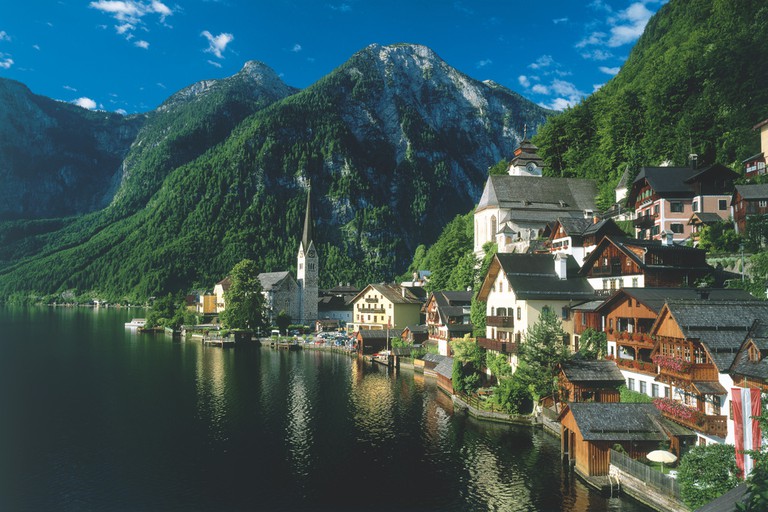 On New Zealand’s North Island, visitors to the Waitomo Glowworm Caves can witness a jaw-droppingly magical display of mother nature at her finest thanks to some little guys called arachnocampa luminosa, to give them their scientific name. This species of glowworm are endemic to the country, they are about the size of a mosquito and bathe the labyrinthine grottos of the Waitomo Caves in a glittering galaxy of light that visitors can float under via a guided boat tour, complete with educational commentary on the historical and geological significance of the ancient cave system. 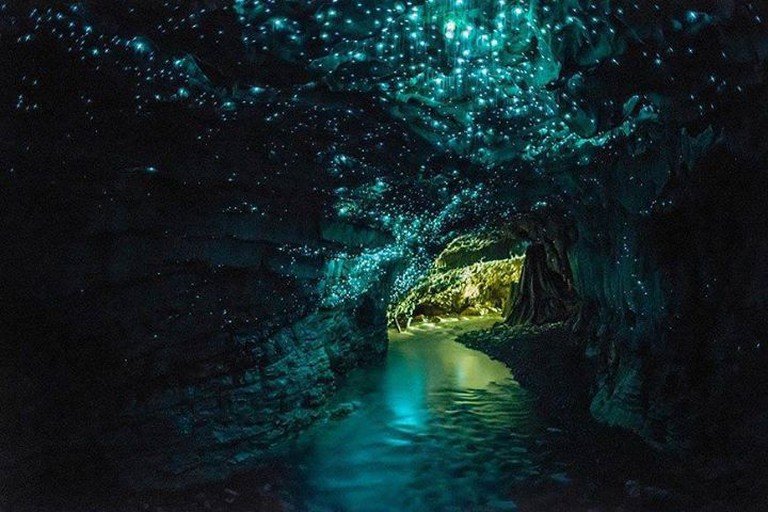