Take a Tour of Architects' Homes from Around the World 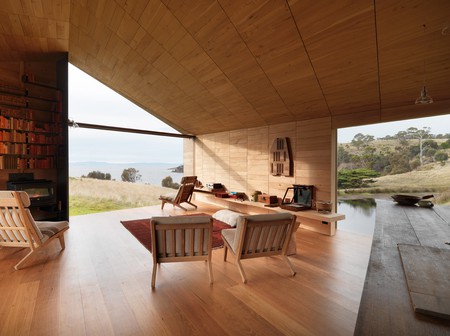 A new book from Michael Webb takes a look behind the doors of 30 of the world’s leading architects’ homes to reveal their inventive ideas and envy-inducing interiors. From Norman Foster’s huge seaside home along the French Riviera to Jim Olson’s cabin retreat in the woods of Washington, there are projects here to inspire every homeowner.

British architect Norman Foster, the man responsible for London’s iconic Gherkin building and City Hall, created this family home on a much-loved stretch of the Côte d’Azur. It was a challenge, however, with strict planning controls meaning Foster and wife Elena couldn’t construct anything new, or demolish an existing building. “The only property we could find was a five-storey tower – a depressing looking building from the 1950s,” Foster explains in the book. “It was the most extreme exercise in ingenuity to create what we did.” The renovated house has a huge four-storey living/dining space that acts as the social hub of the home, while two 18-tonne glass panels slide apart like stage curtains, framing an impressive view over the Mediterranean. 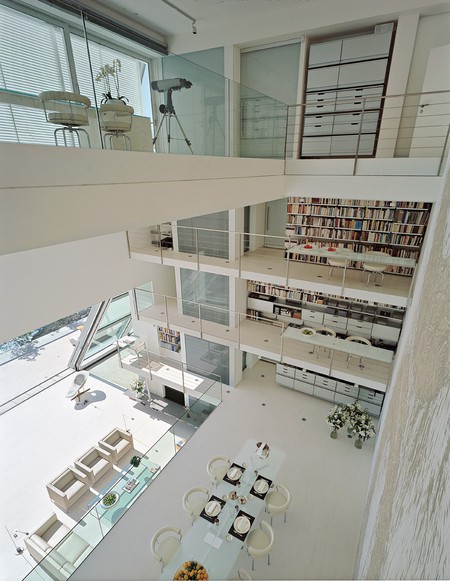 Norman Foster's home has a series of levels that all look out to sea | © Neil Young, courtesy of Foster and Partners

House for the Poem of the Right Angle, Viches, Chile

Chilean architect Smiljan Radić is well known for his small-scale architecture such as the Serpentine Pavilion design of 2014. This Corbusier-inspired home in the foothills of the Andes was designed as a “refuge” and “a place for contemplation rather than viewing the landscape,” according to Radić. One of the key features of this striking angular home is the seven-metre-high skylights that pull in views of the surrounding foliage, while a large wood sculpture by Marcela Correa is suspended below the roof, evoking writhing branches that have strayed in from the forest. 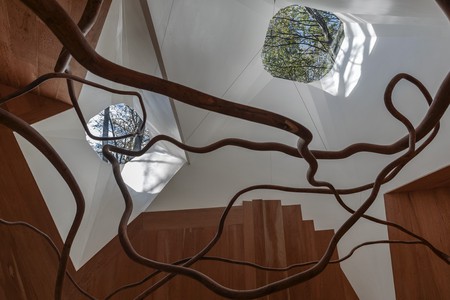 House of the Poem of the Right Angle in Chile | © Gonzalo Puga, courtesy of Smijan Radic

This cosy rural retreat by John Wardle is far removed from his usual striking contemporary architecture that can be found in Australia’s major cities. Falling in love with Bruny Island as a boy, he sought out a plot there in 2002 and discovered a 440-hectare sheep farm along with a cottage built by Captain James Kelly. There wasn’t much room for guests in the 19th-century building, however, so Wardle built a second property on the site of the old shearing shed that had burned down in the 1980s. The result was an impressive indoor-outdoor space that frames the views of the coast and farmland. Wardle also used a great deal of sustainable materials; the living room walls are clad with timber scavenged from old rural windbreaks and the bedrooms are lined with recycled apple crates.

Out of the 200 houses Jim Olson has designed over his 50-year career, this modest cabin that he built for himself is his favourite. “I’ve never been jealous of my clients’ homes, which are a hundred times more elaborate than mine,’ reveals Olson in Architect’s Houses. “The larger houses are about entertaining – almost like civic buildings; ours is a retreat, hiding out in the woods.” Olson has tinkered with – and expanded – the cabin throughout the duration of his entire adult life, transforming it from a tiny bunkhouse to a 225-square-metre property as it evolves with his family’s needs. 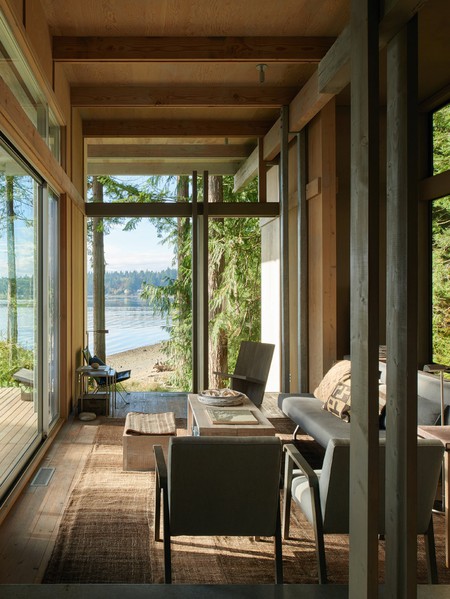 The striking Tower House was created by Thomas Gluck of Gluck+ and is situated on a steep, rocky ridge at the edge of the Catskill State Park. Gluck wanted to make the most of the incredible views while keeping the footprint of the house small, so he stacked small bedrooms in a vertical tower with the communal living space floating above the treetops. The real gem, however, is the 360-degree view from the roof terrace. 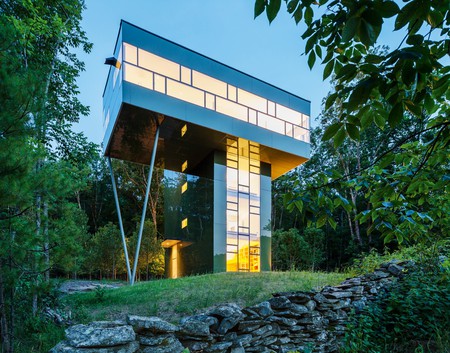 Set in the heart of the Bavarian countryside at the foot of the Alps is Susanne Nobis’ contemporary country home. The minimalist house, which is made up of a pair of glass pavilions, is inspired by the twin wooden boathouses often found on the local lakes. One of the buildings holds the family living spaces, while the other pavilion contains bedrooms over the spacious studio used for Nobis’ architectural practice. Both buildings are lined in knotty spruce, adding warmth to the interior. 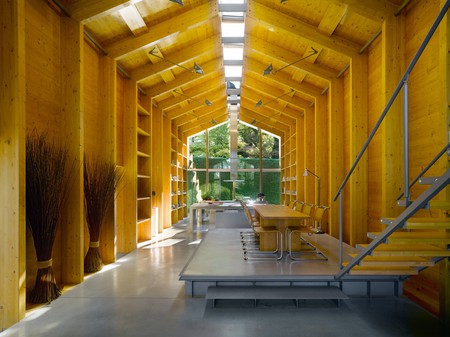 Kulapat Yantrasast, whose firm wHY is currently working on the Asian Art Museum in San Francisco, built this beachfront property for himself based on traditional Thai homes. The massive concrete rear wall is pierced with small windows and complemented by wedge-shaped shelves to display ornaments. The textured board-marked concrete was inspired by famous American architect Louis Kahn and influences of Tadao Ando can be seen throughout the house as Yantrasast previously worked with Ando for eight years in Japan. 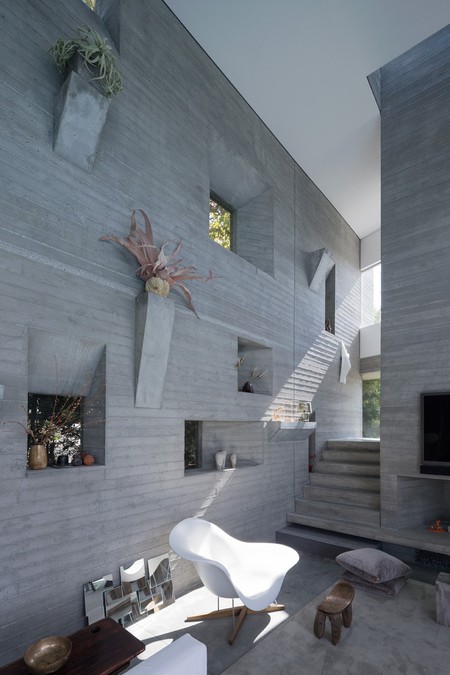 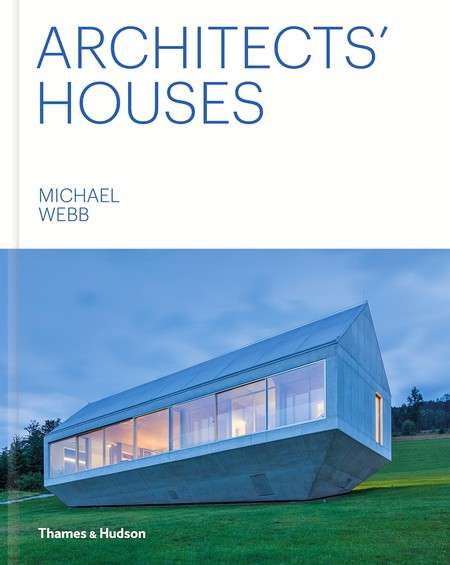 Architects' Houses is on sale from July 5

Want to see more beautiful homes from around the world? Check out these stunning waterside properties.