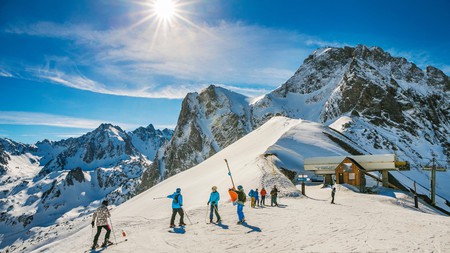 For skiing in Europe, the Alps attract the international crowds. But few people know that the Pyrenees is a quieter, equally beautiful ski destination. In fact, on occasion, the Pyrenees have been known to get more snow than the Alps.

The Pyrenees straddles the border between France and Spain, with Andorra sandwiched in the middle. It stretches from the Atlantic coast all the way to the Mediterranean Sea. Dotted along this range are a vast array of less-explored resorts. The sun graces the slopes in abundance, beginners feel at home, heli-skiers can get their adrenaline fix and the food is top quality, all for a fraction of what you would pay in the Alps. 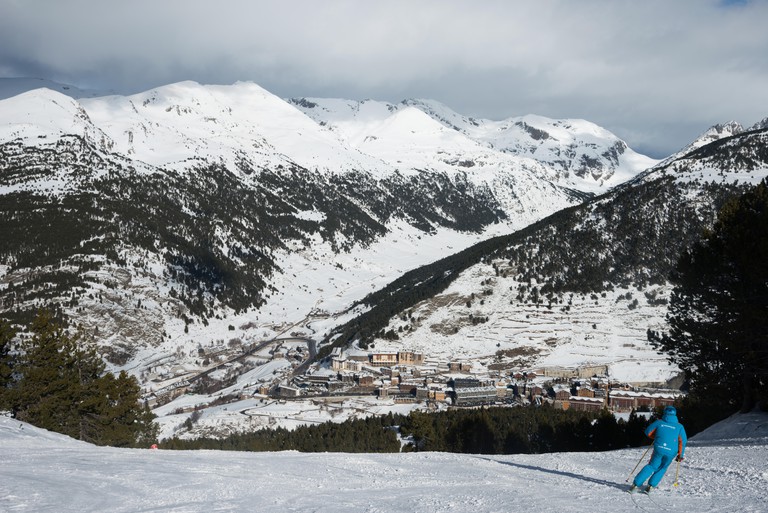 © Graham Toney / Alamy Stock Photo
Many people haven’t even heard of Andorra and arrive amazed at its sprawling views and craggy mountain tops. As the name suggests, Grandvalira is the largest ski resort in the Pyrenees, made up of six ski resorts, including Soldeu, El Tarter and Pas de la Casa. With 240km (149mi) of pistes, it covers enough ground to rival the big names in France. January and February are the best times to visit for decent snow.
Open In Google Maps
Canillo, Canillo, AD100, Andorra
+376890500
Visit Website
Give us feedback

Ski Resort
Facebook
Email
Twitter
Pinterest
Copy link
Share
Map View
Favoured by the Spanish royals, Baqueira-Beret is home to excellent tapas, panoramic vistas and, of course, 160km (99mi) of pistes. There are green runs aplenty, especially the long, cruisy Era Coma. Advanced skiers should head to the bowl above Argulls on a powder day, or indulge in some of the best heli-skiing in the Pyrenees. Some 400km2 (154sqmi) of powder to slash through – what more could you ask for?
Open In Google Maps
C-28, Viella, Cataluña, 25587, Spain
+34973639025
Visit Website
Give us feedback 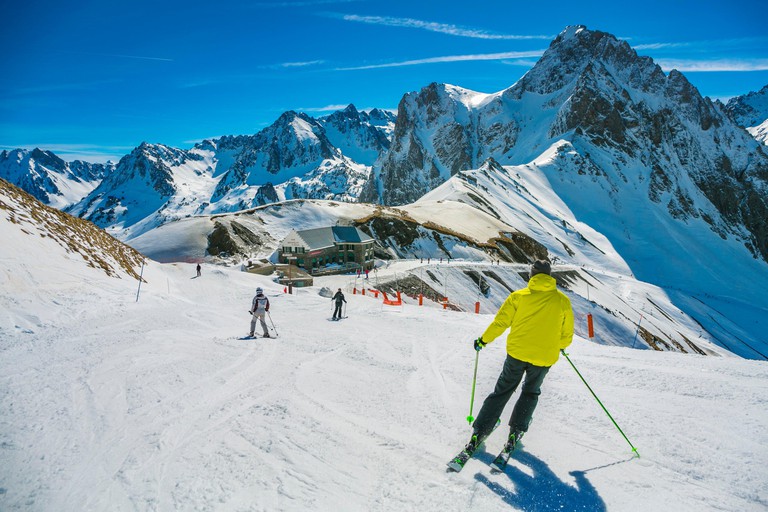 © agefotostock / Alamy Stock Photo
Reasonable prices, few crowds and Gallic charm all attract visitors to Grand Tourmalet. Made up of two ski resorts, Barèges and La Mongie, this is the biggest ski area in the French Pyrenees, with 31 lifts, 100km (62mi) of runs and 1,250m (4,101ft) of vertical descent. With both wide open pistes and epic tree runs, all tastes will be satisfied here. In addition, there’s access to the Pic du Midi, an off-piste heaven that has hosted global competitions.
Open In Google Maps
Lac de Payolle, Campan, Occitanie, 65710, France
+33562955071
Visit Website
Give us feedback

Architectural Landmark
Facebook
Email
Twitter
Pinterest
Copy link
Share
Map View
It’s quaint, quiet and has been known to receive more snow than anywhere in France. In February 2013, Cauterets had more snow on its slopes than any resort in the world. While Cauterets might be small, it is located at high altitude and north-facing, meaning natural snow is preserved. The ski area is a bowl, known as Le Cirque du Lys, with all runs leading back to a central point, plus it is home to the only Oakley snow park in the Pyrenees.
Open In Google Maps
Cauterets, Occitanie, 65110, France
Give us feedback 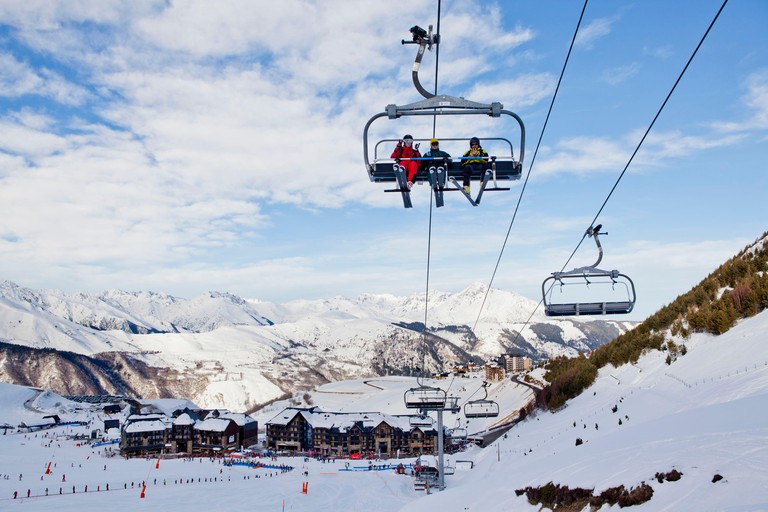 © Hemis / Alamy Stock Photo
Big, wide open slopes are typical of Peyragudes, along with its unique fusion of French and Spanish culture. Despite its compact size, there is a big mountain feel to the place, with some decent steeps alongside the gentle blues. Unlike Cauterets, it is a purpose-built ski village with many ski-in, ski-out options, especially suited to intermediate skiers and all those that dislike lugging kit long distances. Hit up the multi-faceted Balnéa spa centre afterwards to unwind in the Jacuzzi while gazing at the phenomenal views.
Open In Google Maps
Peyresourde, Peyragudes, Occitanie, 65240, France
+33562996999
Visit Website
Give us feedback

Ski Resort
Facebook
Email
Twitter
Pinterest
Copy link
Share
Map View
Fancy a glass of Tempranillo in Spain overlooking French peaks? Formigal is based at the bottom of three expansive valleys. Challenge yourself to the black runs under the shadow of the Pico Tres Hombres, or take the easier Zona Sarrios back down to the village. Just three hours from San Sebastián, you could easily combine a few days skiing in Formigal with a long weekend surfing and eating pintxos on the Basque coast.
Open In Google Maps
Formigal, Aragon, 22640, Spain
Give us feedback
Give us feedback