The Most Haunted Hotels in the World 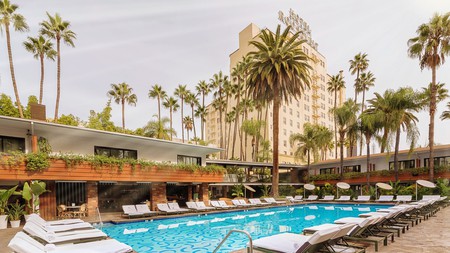 There’s something thrilling about spending the night in a haunted hotel, staying awake and listening to hear if things really do go bump in the night. From London to Los Angeles, Culture Trip has picked some of the spookiest places across the globe where, if you do choose to stay, you’d better keep one eye open.

Why is it so hard to work the air conditioning? What makes the ridiculously overpriced tiny tub of Pringles so irresistible at 2am? Hotels are steeped in mystery – and the following places, in particular, might have a little extra spirit to add to their idiosyncrasies. 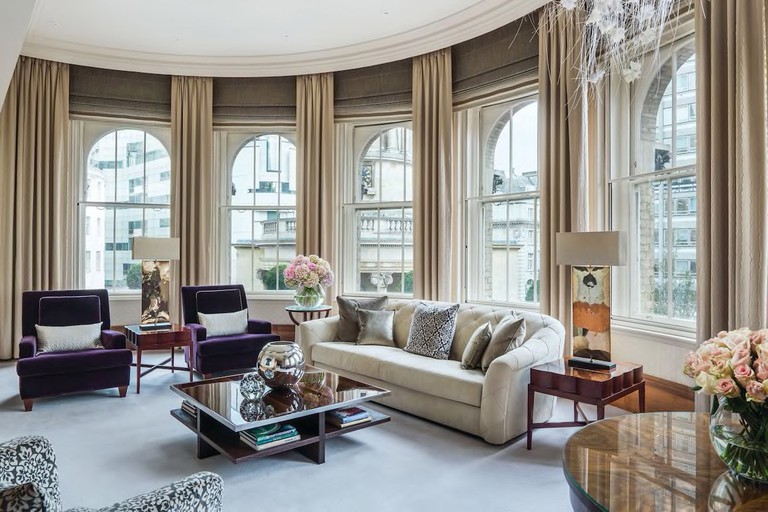 This five-star luxury hotel, in the heart of central London, is regarded as one of the most lavish places to stay in the world. Built between 1863 and 1865, and just minutes from the busy shopping paradise of Oxford Street, it has featured in numerous films and books – not least Sir Arthur Conan Doyle’s early Sherlock Holmes novels, which date back to the 1880s. Guests over the years have reported spooky apparitions patrolling the corridors, and a 2014 account by international cricketers Joe Root and Stuart Broad gained media attention. If you’re brave – and rich – enough, you should book room 333, said to be the most haunted room in the hotel. 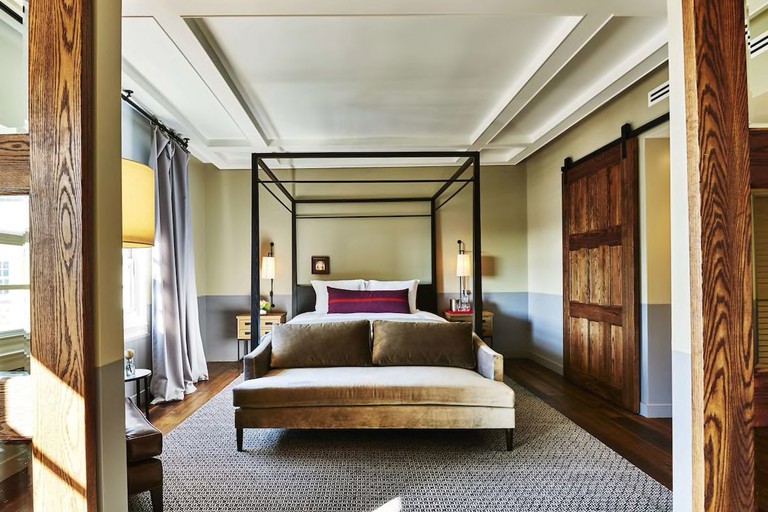 The US has hundreds of supposedly haunted hotels, but few can match the calibre of spooky guests at the Hollywood Roosevelt, on Hollywood Boulevard. It’s the oldest continuously operating hotel in LA; having opened in 1927, it hosted the first-ever Academy Awards ceremony in 1929. Given its prime location, many film stars have stayed here, but it’s said that some have never checked out. Marilyn Monroe took up residence for two years when she was alive, and her ghostly figure has been reported in the reflection of a large mirror opposite the lifts on the ground floor. 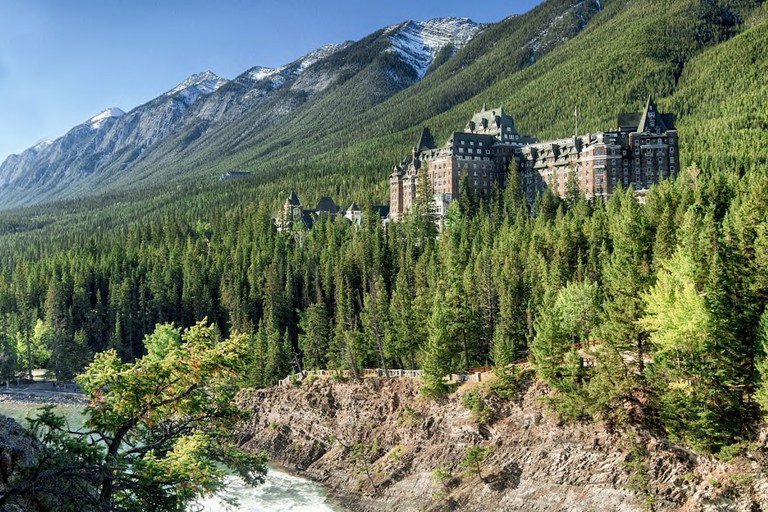 The Fairmont Banff Springs, built in 1888, sits in the middle of the Canadian Rockies, with spectacular scenery that has attracted visitors for decades. It’s a luxurious hideaway offering unparalleled levels of comfort to guests. However, some have reported experiencing paranormal activity, such as the Ghost Bride, who frequently startles staff as she searches the hotel for her husband. A more genial presence described in recent years by guests is Sam the Bellman; many people are convinced he has helped them, even though he died in 1975. 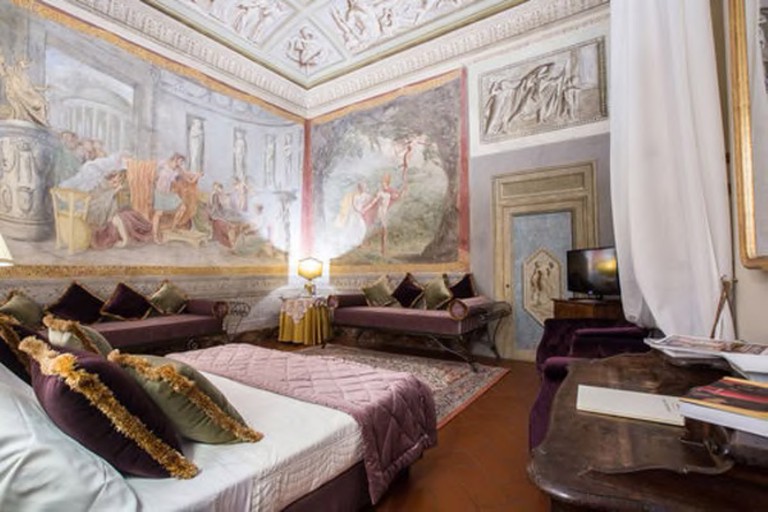 If you visit the Fresco Room in the Hotel Burchianti, you might well sense a little uneasiness. Previous guests have reported feeling as if they were being watched by someone, and felt their icy breath, though perhaps this has something to do with an earlier resident? Fascist dictator Benito Mussolini once stayed in this room, which is said to be haunted by an ethereal pink man. Elsewhere, you might be unfortunate enough to run into ghastly children skipping through the corridors. We’re not sure if these sightings are ghosts or just unruly kids burning off a gelato sugar rush. 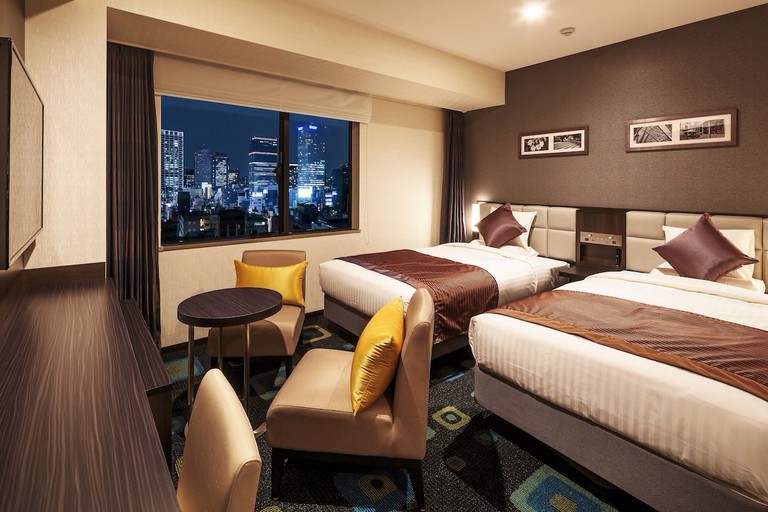 Most spirits tend to stay in the background doing very little. The ghosts that haunt what was once the Akasaka Weekly Mansion (today the Hotel Mystays Premier Akasaka) opt for a more hands-on approach. Unexpected temperature changes are commonplace in many hotels, but can you explain the white mist that descends from the vents here? If this wasn’t enough, perhaps reports of guests having their hair stroked by an unseen force will pique your interest. 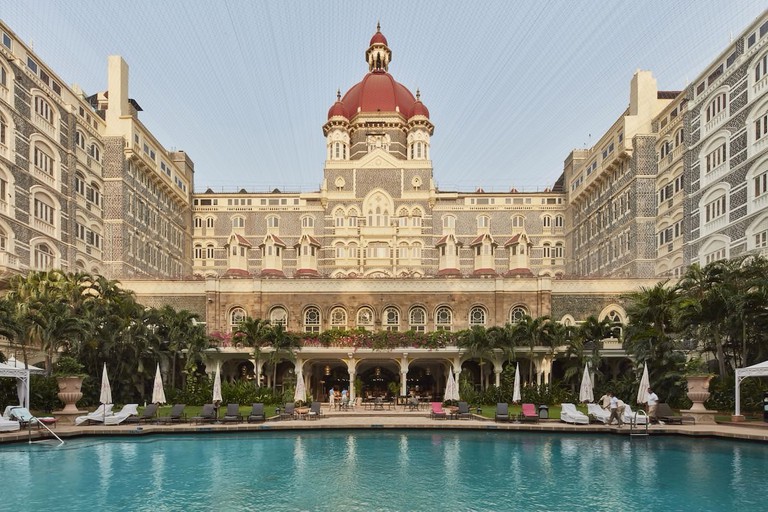 This famous Mumbai landmark has seen its fair share of modern tragedies, but its troubling past goes back to its very origins. English architect WA Chambers designed the hotel, but it was built in his absence in an entirely different style to the one he had planned. Distraught at what he found upon his return, Chambers went up to the fifth floor, where he threw himself out of a window and fell to his death. Staff have reported seeing the mournful spirit of a man wandering around what is now the old wing of the hotel.