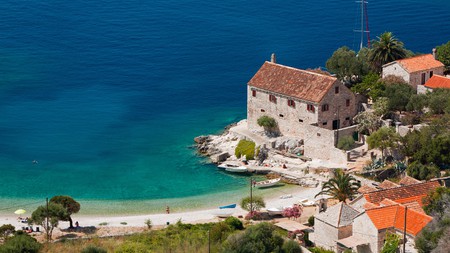 Pitch up at Dubovica Beach on Hvar island, Croatia, if you want a lesser-known place to relax | © Alen Ferina / Alamy Stock Photo

With so many summer-appropriate destinations in Europe, it seems unfair to just stick to classics such as Mallorca or Santorini. Why not spend a bit of time researching these lesser-known sun-drenched getaways instead?

Think heavenly beaches, dramatic cliffs and colourful hilltop houses; these beautiful places may lack the popularity of a traditional hotspot, but still impress with spectacular landscapes and natural charm. Choose your favourite from our top lesser-known summer destinations in Europe and start planning for an escape soon.

Forget about Zagreb or Dubrovnik. When it comes to vacationing in Croatia, the sun-filled islands steal the spotlight. Hvar is the most glamorous, yet still largely off many tourists’ radar. Stroll around the quaint harbour, dipping into cocktail bars and seafood restaurants, then marvel at the ancient city walls and Spanish fortress, the latter of which is surrounded by brightly coloured flowers and exotic cacti. Don’t miss the chance to swim in turquoise waters and explore the mystical coves at idyllic beaches. 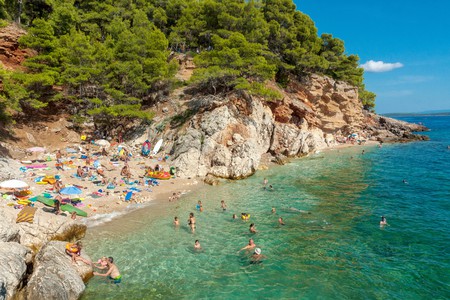 It’s time to swap the crowded and over-commercialised Ibiza for this unspoiled gem. Menorca is the least developed of the Balearic Islands; as a result, white-sand beaches and precipitous hiking trails are abundant here, making this an ideal destination for adventurers and nature-lovers. Traverse the entire island on foot or horseback, or cycle along the Cami de Cavalls bridleway. Say hello to pine martens and turtles in the numerous reserves and discover the gorgeous Ciutadella, the old town. Don’t leave without buying traditional Avarca sandals. 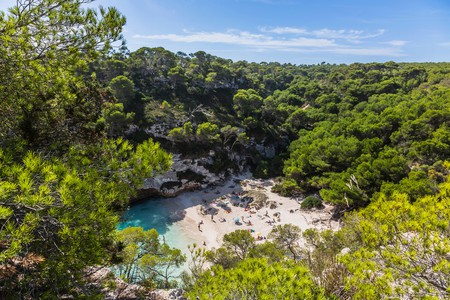 The oldest continuously inhabited city in Romania, Constanța brims with museums, archaeological treasures and religious hubs. The city is also home to the biggest port on the Black Sea, which encompasses the charming Tomis Harbor. Spend your days gazing at lavish yachts or take a boat trip into the open waters. Make sure you scan the stunning architecture; landmarks include the grandiose new-Renaissance House with Lions and the Roman Mosaic Edifice. Then, pass by the Genoese Lighthouse, before relaxing at one of the many tranquil beaches, parks and lakes. 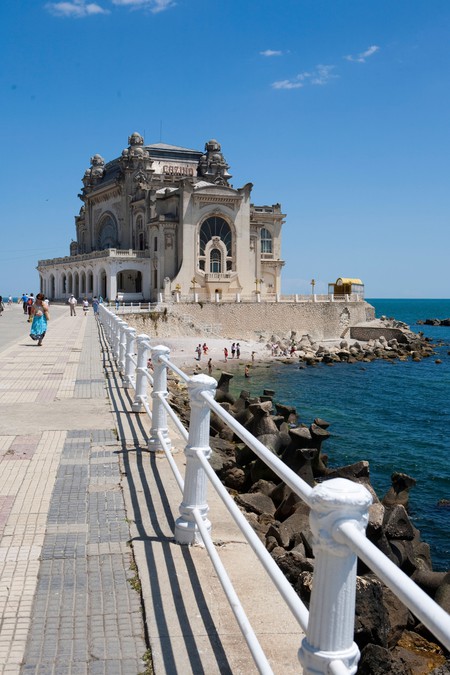 An oft-overlooked destination in the Madeira archipelago is Porto Santo. Fittingly dubbed the Golden Island, it has the only sandy beach in the archipelago, which stretches across 9km (5.5mi). Lie on the soft sand of Praia de Porto Santo, or make the most of the wilder beaches, perfect for scuba diving and snorkelling amid volcanic rocks. Go for exhilarating hikes and visit the house where Christopher Columbus once lived, which is now a museum. Finally, after an action-packed day, enjoy glorious sunset views on the coast. 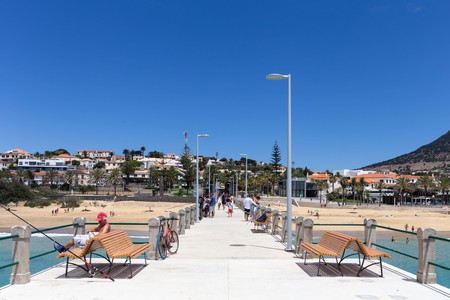 The summer retreat of the Olympian gods according to Greek mythology, Mount Pelion is the crown jewel of Thessaly in mainland Greece. Striking the perfect balance between a lush alpine area and a seaside resort, the mountain has trails leading to dreamy springs and, at the bottom of the slopes, hidden beaches with crystalline waters. Admire the traditional stone houses of the numerous villages and taste a luscious local delicacy in the shade of sycamore trees. Remember to try tsipouro, an intense distilled spirit, in a tavern in Volos, a town sitting at the foot of the mountain. 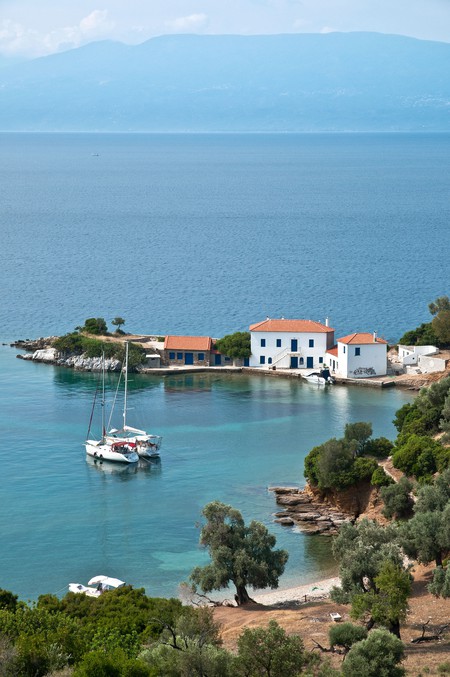 After a day hiking the Mount Pelion trails, cool off in the waters at the bottom of the slopes | © Peter Eastland / Alamy Stock Photo

Mykonos and Santorini aren’t the only Greek islands to host whitewashed houses and cobbled alleys. Paros shares the same allure, but in a much quieter setting. Walk through fuchsia bougainvillaea along the narrow passages of Naoussa town and join the crowds dancing at the buzzing nightclubs. Lefkes village is where you can snap that flawless Insta shot. Make sure to visit Panagia Ekatontapyliani, a splendid Byzantine stone church in the port town of Parikia, and swim in the translucent waters of Kolymbithres beach, which are framed by impressive granite rocks. 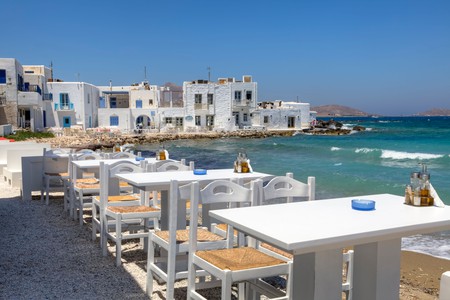 Cinque Terre is not as glamorous as the Amalfi coast or as glittering as Lake Como, yet it’s so picture-perfect, it makes all those photo-editing apps utterly useless. The name means five lands, because Cinque Terre is comprised of five fishing villages, each as charming as the next. Follow the pathways between the towns and immerse yourselves in a colourful maze dotted with pastel-coloured houses perching on the cliffs. Grab fresh calamari from the streets of Vernazza and be sure to follow the Lovers’ Trail between Manarola and Riomaggiore – the sunset views are unreal. 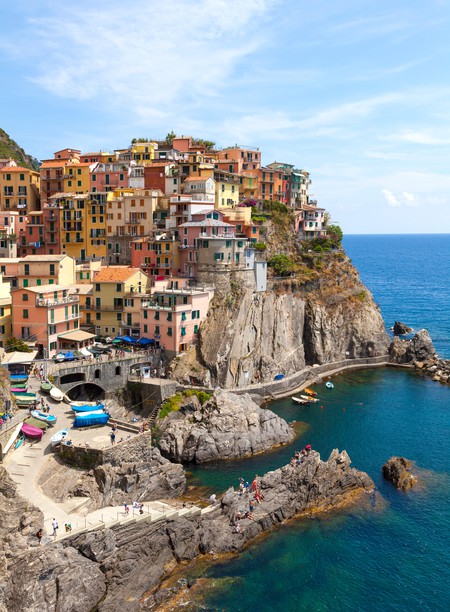 Crystal-clear waters, serene lakes and jaw-dropping canyons make Montenegro the ultimate summer destination. Climb the 1,350 steps to the top of the imposing fortifications in Kotor town and pop by the old royal capital of Cetinje for a plethora of museums and amazing architecture. Look out for picturesque monasteries – such as Ostrog Monastery, which emerges from a rock – and feel free to wander aimlessly around the luxurious yachts moored at the plush marina of Porto Montenegro. 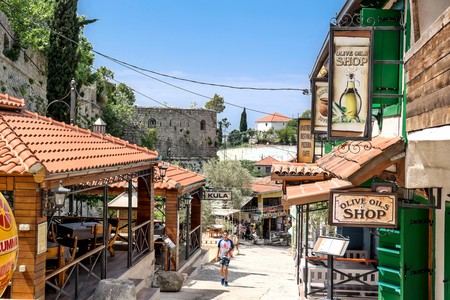 Come to Stari Bar, a town at the foot of Mount Rumija, to explore pretty streets and ruins | © Thomas Brock / Alamy Stock Photo
Give us feedback