Inside the World's Most Beautiful Libraries 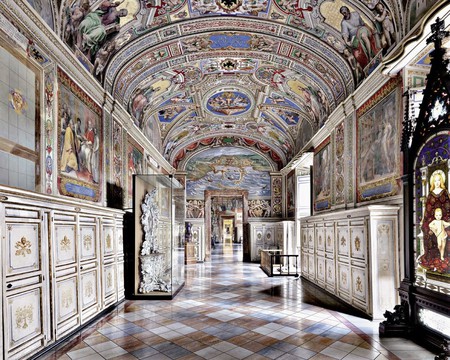 From Italy to Brazil, photographer Massimo Listri captures the world’s most beautiful library designs in a new book by TASCHEN.

“Libraries as a whole are a marvel – a marvel because they present, within a relatively small space, the world as it is, as it was and how it (possibly) will be, as well as how it should be and could be,” writes Georg Ruppelt in the introduction of The World’s Most Beautiful Libraries. The nearly 600-page book, which comes out August 2018, features detailed images from inside some of the world’s oldest, most extravagant and most venerated libraries – some of which dated back to the eighth century.

Here, photographer Massimo Listri takes the reader from Eastern Europe to the Americas, to reveal the awe-inspiring designs of the world’s most beautiful libraries. 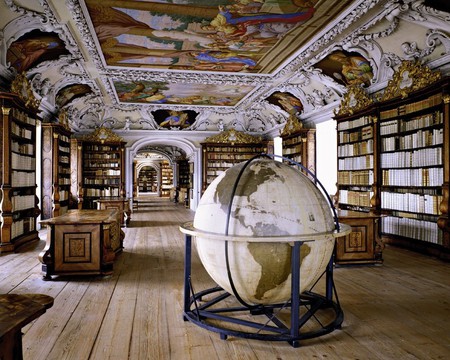 Founded in 777 as a monastery, Austria’s Stiftsbibliothek Kremsmünster contains 170,000 volumes, including a complete copy of the Codex Millenarius Maior (which dates back to the eighth century and contains all four gospels in Latin), as well as a 15th-century cookbook by Bartholomaeus Platina. The library was redesigned by Carlo Antonio Carlone in 1670 in the Baroque style, and includes sectional rooms devoted to specific areas of knowledge, thematic ceiling paintings and an observatory tower.

Founded in 1450 and rebuilt in the 16th century, Rome’s Biblioteca Apostolica Vaticana houses 1.8 million manuscripts and printed works – including one of the oldest extant manuscripts of the Greek Bible and a 15th-century copy of Dante’s Divine Comedy. 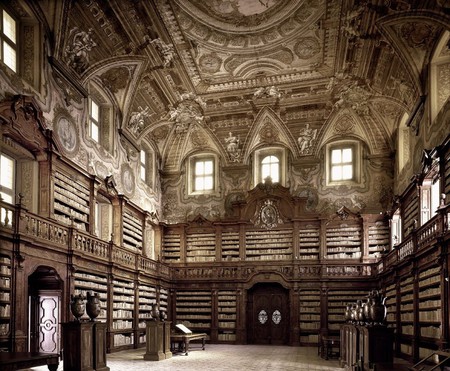 Originally founded as a monastic library in 1586 and eventually converted to a research library, Naples’s Biblioteca Statale Oratoriana dei Girolamini is home to 160,000 volumes, including Giovanni Boccaccio’s 15th-century Teseida. It is the oldest library in Naples. 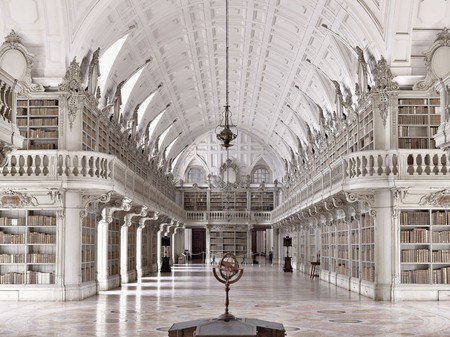 Now a national museum and a royal library, Mafra’s Biblioteca do Convento was founded in the early 18th century. Built by Manuel Caetano de Sousa in the shape of a cross, the library contains Rocaille shelves that hold over 36,000 volumes – some of which date back to the early 15th century. 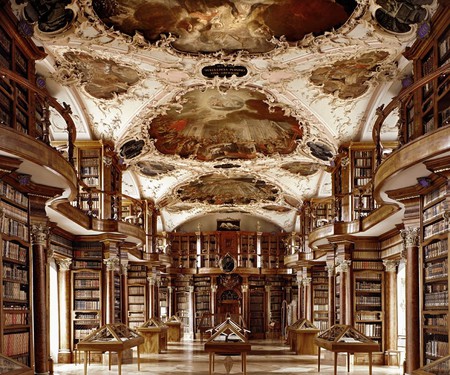 Originally founded in 612 as a Benedictine monastery, today the Stiftsbibliothek Sankt Gallen is a public reference library with 170,000 volumes. Described as a “sanctuary of the soul,” the present-day structure was built in the mid-18th century in the Baroque style by Peter Thumb. In the 1980s, it was added to the UNESCO World Heritage List. 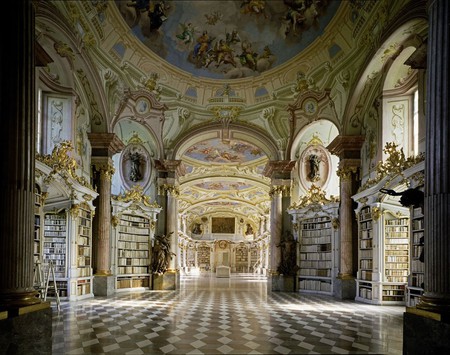 The library hall at Stiftsbibliothek Admont in Austria was designed by Josef Hueber in the late 18th century, but it was originally founded as a Benedictine monastery in 1074. The library now contains over 200,000 volumes, including important religious texts, such as the Book of Gospels (which dates back from the 11th century) and the Gebhard Bible (c. 1070). 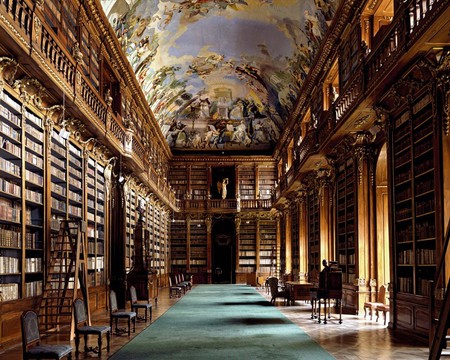 The Philosophical Hall at Strahovská Knihovna in the Czech Republic (shown above) was built in a Neoclassical style in 1783 by Ignác Palliardi. The monastic library contains 200,000 volumes and interior highlights include walnut book cabinets (one of which contains a rare collection of French encyclopedias, gifted by Marie-Louise of Austria in the 19th century) and an illusionistic ceiling fresco by Franz Anton Maulbertsch in 1794. 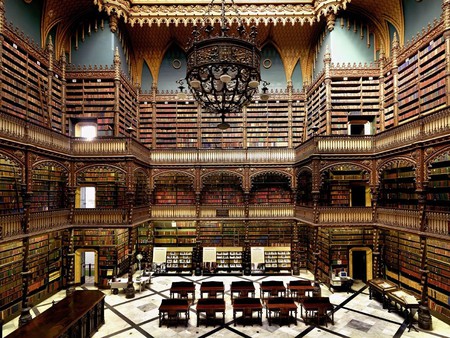 To purchase The World’s Most Beautiful Libraries, click here.