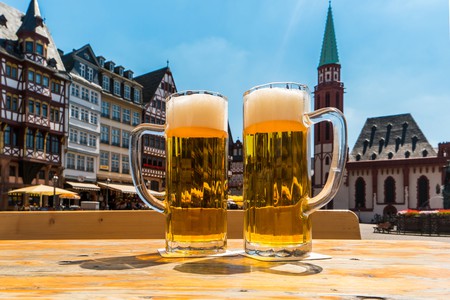 If you’re going on a European mini-break chances are you’re going for the food, drink and culture. However, the last thing you want to do is stand out like a confused tourist. Fear not, here’s our guide to how to ask for two local beers in every major European city. You’ll be acting like a native in no time. 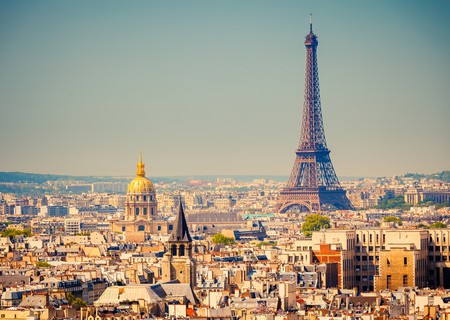 What to say: Deux BAPBAP, s’il vous plaît (do bap-bap, see voo pleh)
The beer: BAPBAP, which stands for ‘brassée à Paris, bue à Paris’ (brewed in Paris, drunk in Paris), is produced at a microbrewery on the Rue Saint-Maur in the 11th Arrondissement, a few hundred yards from the Place de la République. There are now nine varieties, but the BAPBAP Originale is a blonde ale with hints of citrus.
Where: Social Square in the Square du Temple in the Haut-Marais district of the 3rd arrondissement. It has a reasonably large terrace, the park opposite is beautiful, and there are loads of cool shops and galleries in the neighbourhood, plus it’s only a 20-minute walk to the BAPBAP brewery.
See also: Best Places to Drink Craft Beer in Paris 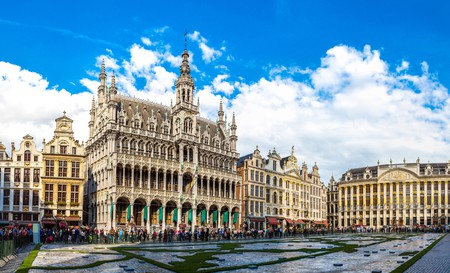 What to say: For bilingual Belgium – either twee geuzes, alsjeblieft (Dutch) or deux geuzes, s’il vous plaît (French)
The beer: Geuze, a complex and sour beer or ‘lambic’ style that uses ancient brewing methods. Made only in Brussels’ Pajottenland with wild yeasts exclusive to this region. Pairs well with shellfish, for example a steaming pot of North Sea mussels.
Where: Moeder Lambic is an excellent choice for travellers who want to learn about Belgian beers.
See also: A Beer Enthusiast’s Guide to Brussels 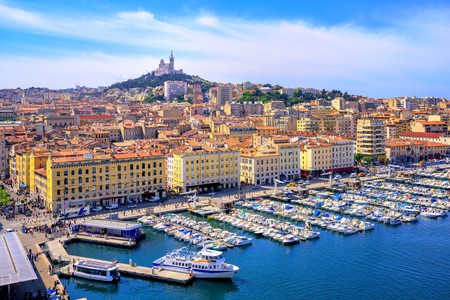 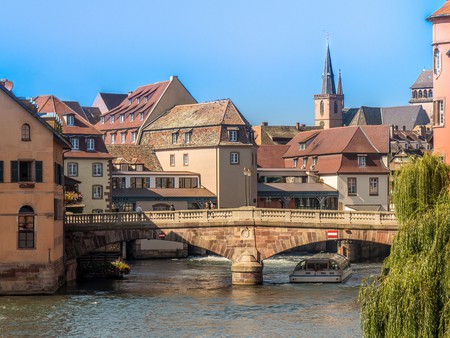 What to say: Deux demi de ‘seize soixante-quatre’, s’il vous plaît (de dehmee de sehz swasuhn kwatr, see voo pleh)
The beer: 1664. Strasbourg is the cradle of Kronenbourg beer and its brand 1664, the year Kronenbourg was founded.
Where: Academie de la Bière, a local institution serving over 70 local and international varieties, with the original in Petite France and a second spot near the famed cathedral. French President Emmanuel Macron was a regular when he was a student in Strasbourg.
See also: The Best Craft Breweries in Strasbourg 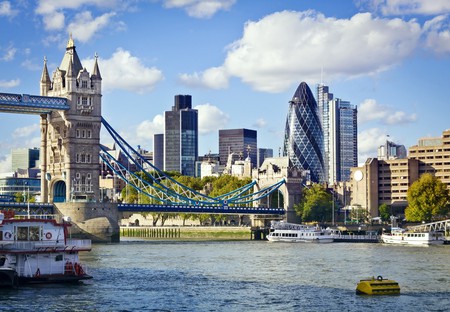 What to say: Two pints of Sambrooks, please
The beer: Sambrooks London Pale Ale
Where: The Green Man, 36 Riding House Street, W1W 7EP. A classic British pub near the British Museum.
See also: Mind the Doors! Around the Tube in 80 Pubs 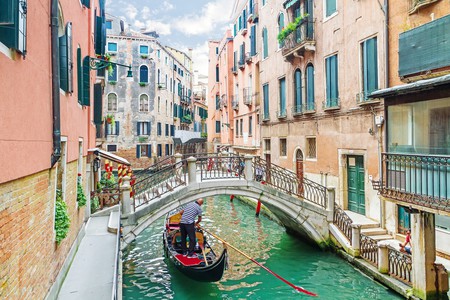 What to say: Due Pedavena, per piacere (Doo-e pedavene, per piachere)
The beer: Pedavena
Where: Il Santo Bevitore bar in Cannaregio
See also: How to Spend 3 Days in Venice, Italy 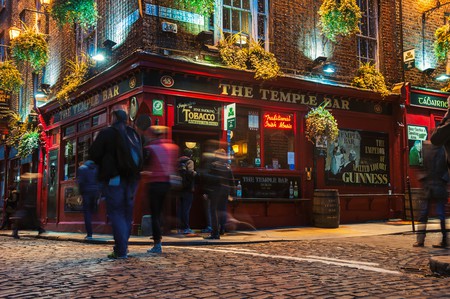 What to say: Two pints of Guinness, please. Or if you really want to impress the locals; Beidh dhá phionta Guinness agamsa, más é do thoil é (Bye gaw fiunta Guinness ogumsa, moss ay do hull ay)
The beer: If you haven’t tried Guinness before, be aware that it involves a two-part pour, so the bar person will leave your pint sitting on the bar for a minute or two to settle half-way through. They haven’t forgotten about you, it’s part of the process.
Where: Try it at an old-school Dublin pub, such as Mulligan’s of Poolbeg Street or The Long Hall.
See also: 10 Fantastic Cheap Places to Drink in Dublin 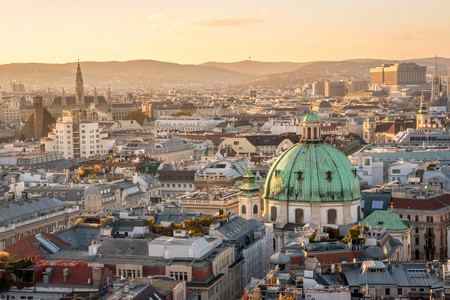 What to say: Ich hätte gerne zwei bier, bitte (Ikh hatte gerne tzvai bia, bitte)
The beer: Stiegl, Wieselburger, or Gösser are the most popular.
Where: Cafe Espresso on Burggasse in Vienna
See also: A Beer Lover’s Guide to Vienna 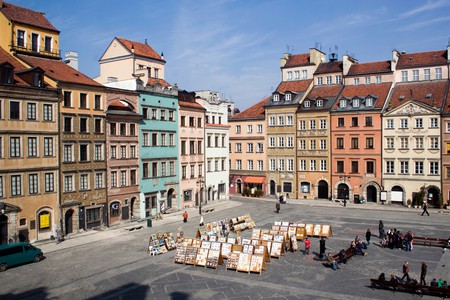 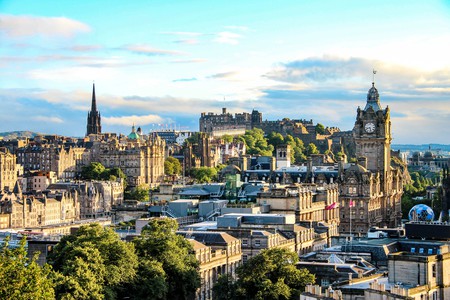 What to say: Two Vienna Pales, please
The beer: Pilot Brewery’s Vienna Pale. Based on the classic Vienna-style lager (though still technically an ale).
Where: The Hanging Bat, excellent craft ale bar which when it opened was the first pub in the UK not to serve beer in pint measures.
See also: The Best Beer Gardens in Edinburgh 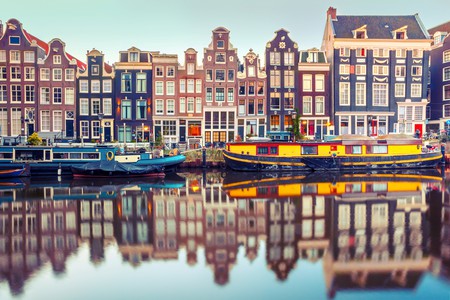 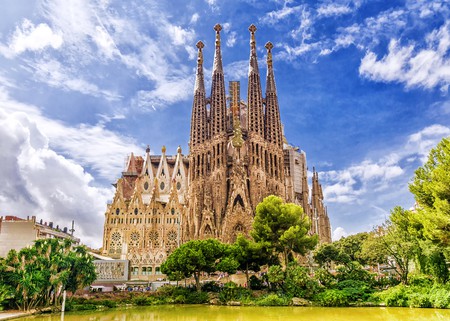 What to say: Dues canyes, si us plau (Du-as canies, si os plau)
The beer: Moritz, a pale lager and the only beer with labels written in the local Catalan language.
Where: La Cervesera Artesana
See also: Barcalona’s Best Bars for a Night Out 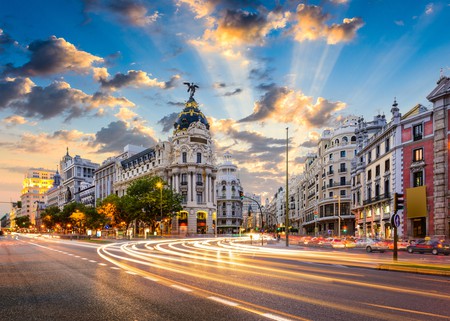 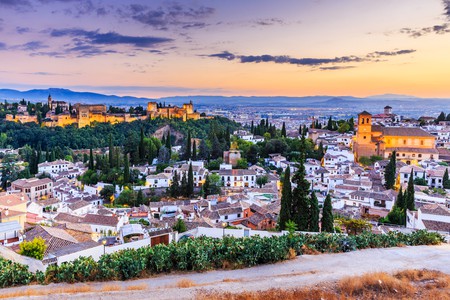 What to say: Dos cañas de Alhambra, por favor (Dos canyas de Alhambra, por fahvor)
The beer: Alhambra is the locally brewed – and excellent – lager. A caña is a smaller measure, which is great in the searing heat of an Andalusian summer.
Where: Bernina 1930
See also: The 10 Best Bars in Granada, Spain 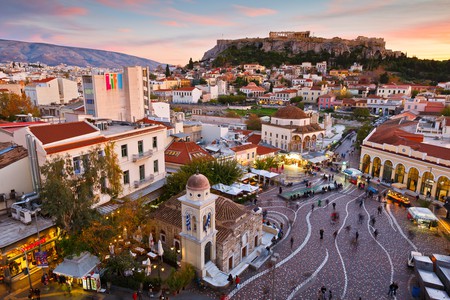 What to say: Δυο μπύρες, παρακαλώ (dio Fix, parakalo)
The beer: Established in 1864, Fix has been enjoying a successful comeback since 2009, after the company went out of business in 1983. In the early 20th century, the brand name became a synonym for beer in Greece.
Where: The Local Pub, located in Chalandri, near the Olympic Park.
See also: The 13 Best Punk and Indie Bars in Athens 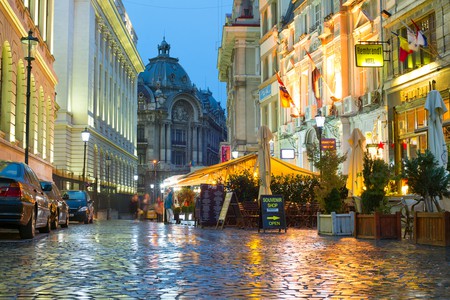 What to say: Două beri Ursus, vă rog (Dou-uh beri Ursus, vuh rog)
The beer: Ursus
Where: If visiting in spring, pack a picnic bag and go to Cișmigiu Garden. Head for the liveliest terrace you come across, in the summer. Zilele Bucureștiului, three days of events celebrating Bucharest is reason enough to visit when the leaves start to fall, and in wintertime, the best place to drink it in Brașov, at the bottom of the ski slope.
See also: The 10 Best Bars in Bucharest, Romania 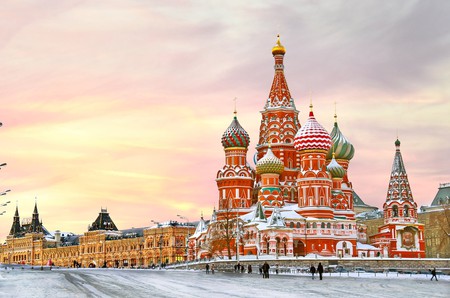