How Hedi Slimane Became Europe's Most Talked About Designer 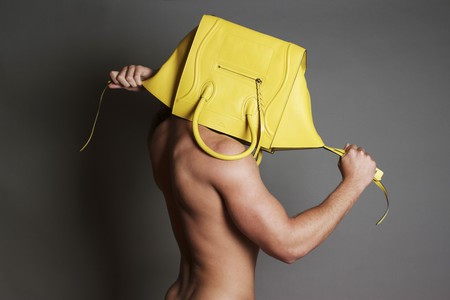 Hedi Slimane has made headlines over the past week, being called “fashion’s sharpest designer.” What does the irreverently hip auteur have in store for Céline? The fashion world waits with baited breath.

In the mercurial fashion world, clothing isn’t the only thing that changes from season to season. Designers too, hop from one house to another, making their mark and pivoting the brand to keep a label fresh and relevant. So, when Slimane was announced to replace Phoebe Philo at Céline during Paris Haute Couture Week, the fashion world went mad.

Slimane, with his androgynous look, chiseled cheekbones, and New Wave hairdo, is a polarizing figure. You either love or hate him, notes Financial Times, due in part to the designer’s ability to make commercial couture. “Everything Hedi touches turns to gold,” says Sebastian Manes, buying and merchandising director at Selfridges in the aforementioned article.

At 49, Slimane is deeply in-step with what people aspire to wear. His photographer’s eye certainly helps his keen observational prowess and his trend-making insight into brand awareness.

When at Dior Homme, Slimane’s skinny suits were worn by women, years ahead of the politically-charged women in menswear trend that hit runways in 2017. When at Yves Saint Laurent, Slimane’s androgynous tuxedo was white hot, and timeless. But it was the the mini dresses and deconstructed cardigans for YSL that made millions for the brand, proving to be as popular with consumers as the Paris fashion set. Fans included Karl Lagerfeld, who famously adopted Silmane’s ultra-tailored suits and sharp jeans. But, Lagerfeld was hardly alone in his adoration of Slimane’s work: under Slimane’s creative directions, YSL was suddenly seen as the new Parisian rock ‘n’ roll label—an aesthetic that translated into over a billion dollars in revenue.

Two years ago, Slimane left YSL and returned to Los Angeles, where he focussed on taking photographs of musicians, skaters, artists, and surfers who make up a so-called “secret society,” or so he told Vogue Italia.

Stepping away from the industry only made Slimane more coveted.

Chairman of LVMH, Bernard Arnault tapped the designer to return to fashion to take Céline from its minimalist aesthetic to something that resonates with a millennial audience. Remember what Alessandro Michele did for Gucci? Expect to see a similar turn at Céline. Slimane will have total brand control, serving as creative director, art director, and head designer of the brand. With this move, Slimane is not only evolving the look of the label, he’s evolving what it means to be a designer.