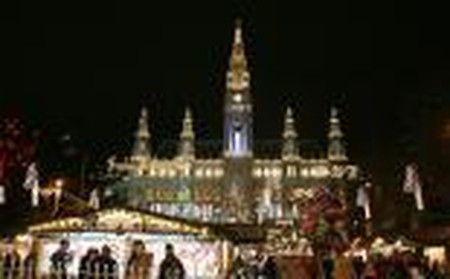 If you’re curious about where to travel when the long nights and chilly days have claimed the calendar and great swaths of Europe have descended beneath a blanket of snow, then be sure to check out this list of the continent’s perfect winter destinations, which ranges from UNESCO-attested cities in the hills of Andalusia, to fairy-tail towns amidst the pistes of the Austrian Tyrol. 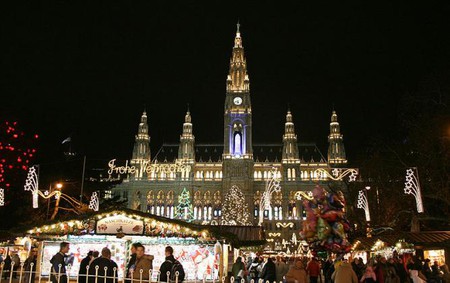 There’s arguably no better city in Europe to while away those chilly winter days and nights than in Vienna; the glorious imperial heart of old Habsburg, where sprawling neoclassical palaces rub shoulders with smoky art deco cafés and rowdy Austrian beer halls. Right throughout January this cultural hub of central Europe throws up events like the Vienna Philharmonic Ball and the Neujahrskonzert on New Year’s Day, while December brings the Rathaus fairground, the Spittelberg markets and the aromatic al fresco eateries at Schönbrunn—where spicy mulled wine mixes with schnitzel and sauerkraut and gingerbread. And once you’re done in the city, why not head west, to where the ski fields of the Salzburgerland are sprawled out over the country’s northern Alps?

If you find yourself in the chilly reaches of Denmark as winter sets in, then be sure to make a beeline for the capital, which is undoubtedly one of Europe’s most popular destinations during the colder months of the year. Most of the action here focuses on the fairy-tale cheer that abounds throughout the snowy parks of the city in December and January, with ice rinks popping up at the Frederiksberg Gardens and festive markets dominating at the Tivoli and Christiania. However, Copenhagen is also famed for its wintertime hospitality, and touts oodles of cosy drinking joints and smorgasbord eateries, complete with log cabins and chatty locals to boot. 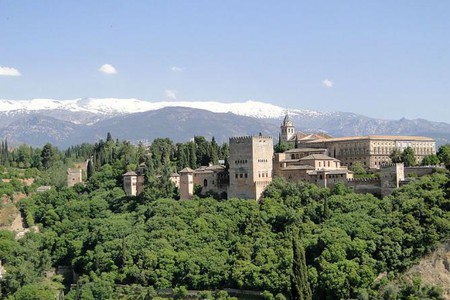 While the sun-kissed climbs of Andalusia may not seem like the most alluring of destinations for winter holidaying, the picture-perfect city of Granada has got plenty to offer its visitors right throughout the year. For starters, it’s nestled neatly at the foot of the mighty Sierra Nevada Mountains, where the continent’s most southerly ski resort (which is incidentally also the host of the 2015 Winter Universiade games) sits sprawled out over the slopes of Pico del Veleta. What’s more, the town is awash with UNESCO sights like the hilltop Alhambra, which is nothing short of enchanting during the winter, when its arabesque architecture sits undisturbed by Granada’s booming summertime crowds. 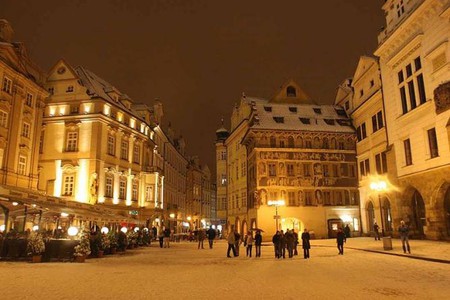 Between the bewitching cobbled lanes that shoot out from Prague’s Old Town Square and the icy spires of the city’s sprawling Castle Hill and St Vitus Cathedral complex, there’s no question that this ancient Slavic capital is one of Europe’s most enchanting wintertime spots. Crowds flock here in December to shop at the festive stalls on Wenceslas Square, Republic and Havel’s Market, to see the Mikulas enactments in the Old Town, or to usher in the New Year with pyrotechnics over Charles Bridge. They also come in February and March, to signal the arrival of spring at the annual Masopust fest and Bohemian Carnevale, or to sip frothy underground beers in the company of Kafka’s ghost. 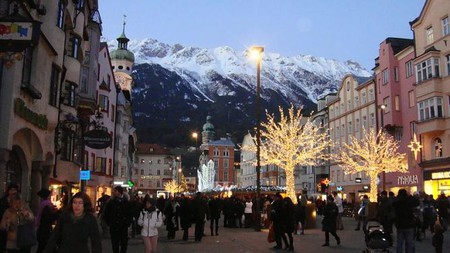 Every winter thousands of visitors descend on the fairy-tale town of Innsbruck, nestled in its dramatic fold of high Alpine mountains right at the heart of the Austrian Tyrol. And who can blame them, with that enchanting sea of Habsburg palaces to explore and all those alluring Tyrolean taverns to get lost in? But culture and cuisine aside, Innsbruck’s major pull is—of course—the formidable wealth of ski resorts that exists on its peripheries, ranging from family-friendly Alpbach, to the endless pistes of Mayrhofen and the Zillertal Arena. These are what have transformed the town into one of the biggest winter sports hubs in Europe, bringing it no fewer than two Winter Olympics and events like the Air & Style Snowboard Contest in January. 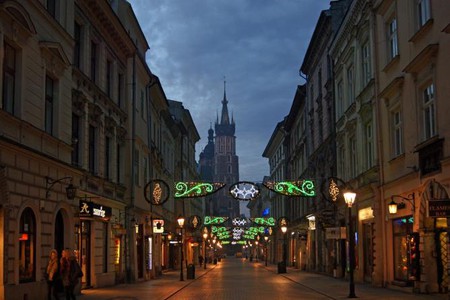 From the moment the first snows fall on Kraków, the epithet ‘winter wonderland’ becomes a common utterance throughout the town; echoing through the ice-clad boughs of the Planty Park, bounding through the misty side streets of the Stare Miasto, and swirling around the soaring Gothic spires of the city’s countless medieval churches. Of course, there are all the ubiquitous Christmas trees, ice rinks and craft markets to enjoy, but Kraków’s winter charm is something more elusive than that—found instead lurking in the mysterious underground bars of Kazimierz, or the smoky oscypek cheese stalls of nearby Zakopane perhaps. 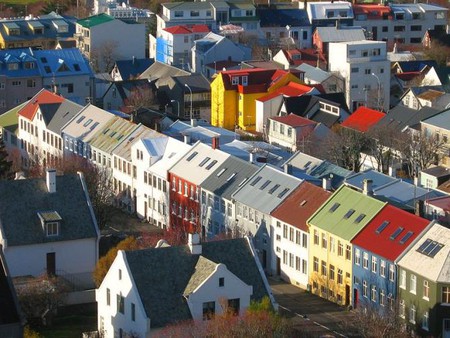 Under the kaleidoscopic colors of the Northern Lights and the unceasing darkness of Iceland’s long winter night, the city of Reykjavik blooms from December to March with fairy lights and festivities to boot. Of course, New Year’s Eve is a real winner, when fireworks illuminate the volcanic peaks around town as locals drink the night away with oodles of Scandinavian vodka, while the famous Winter Lights Festival in February offers up some great cultural events and artistic shows. Then there are Iceland’s wilder attractions to enjoy; from the bubbling pools of the Blue Lagoon, to the sprawling ski fields of Bláfjöll and Skálafell. 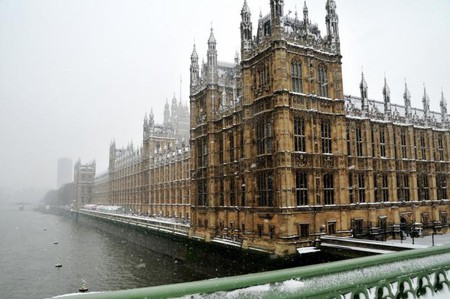 While there’s probably no dull season in London town at all, winter brings a transformation to the great metropolis that leaves even the most hardened business man of Canary Wharf reaching for his roasted chestnuts and mulled wine. Before Christmas, Hyde Park’s Winter Wonderland throws up inner-city ice rinks and twirling Ferris wheels, while the independent coffee shops of Shoreditch and Dalston tick over to the aromas of caramel lattes and bubbling hot chocolate. Then there are the pantomimes and chart-topping shows of the West End to enjoy, and—of course—the legendary shopping centres at Covent Garden, Oxford Street, Westfield and Carnaby. 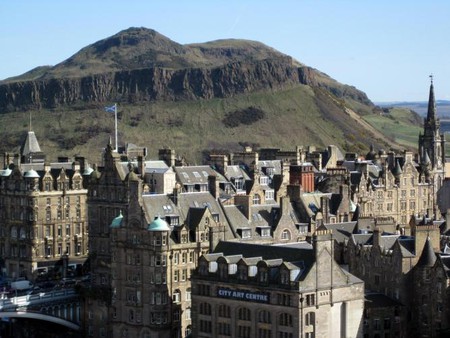 When it comes to Edinburgh’s winter highlights, there can surely be only one event on everybody’s mind: Hogmanay. Hailed as one of the largest street parties on the continent, this hedonistic eruption of fireworks, fairground rides, high-profile concerts and breath-taking pyrotechnics is Europe’s answer to the shindigs of the Sydney Harbour Bridge. It’s become so popular that an estimated 400,000 people attended the celebrations in 1996, earning Edinburgh a spot in the Guinness Book of Records. And when the parties subside, it’s also just a short jaunt from the city to the snow-tipped peaks and burgeoning ski pistes of the Scottish Highlands and the Cairngorms National Park! 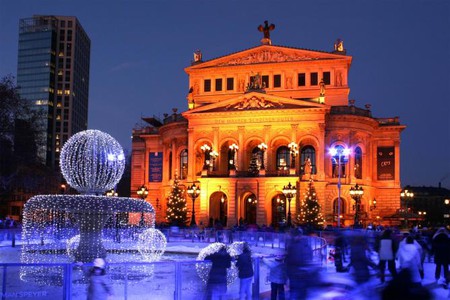 When Frankfurt’s legendary Christmas markets burst forth in late November in a festive cacophony of fairy lights, merry-go-rounds, feuerzangenbowle sugarloaf, steamy mugs of aromatic glühwein, smoky bratwurst barbeques and earthy art and craft stalls, it’s easy to see why this sprawling cityscape in the state of Hessen remains one of the top tourist spots for visitors to Germany in December. Granted the town’s reputation as one of Europe’s financial centres does belie a different sort of character, but there’s simply no denying the holiday cheer that abounds around the pretty Römerberg and Paulsplatz throughout the early winter here.