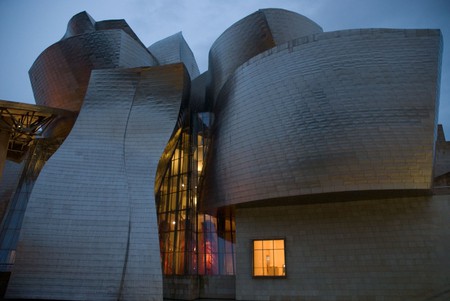 Choosing the ten finest contemporary art galleries in Europe, a continent full of leading museums featuring thousands of the world’s masterpieces, is near impossible. Our list is a combination of famous institutions that fully deserve their impressive reputation and lesser-known museums for you to discover. With masterpieces by Pablo Picasso and Jackson Pollock, we explore the continent’s must-visit museums. 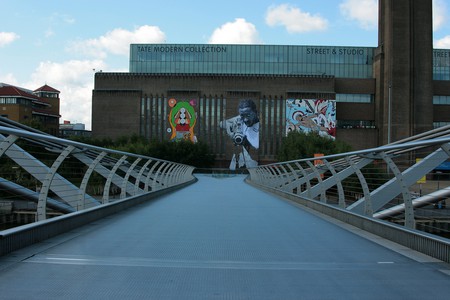 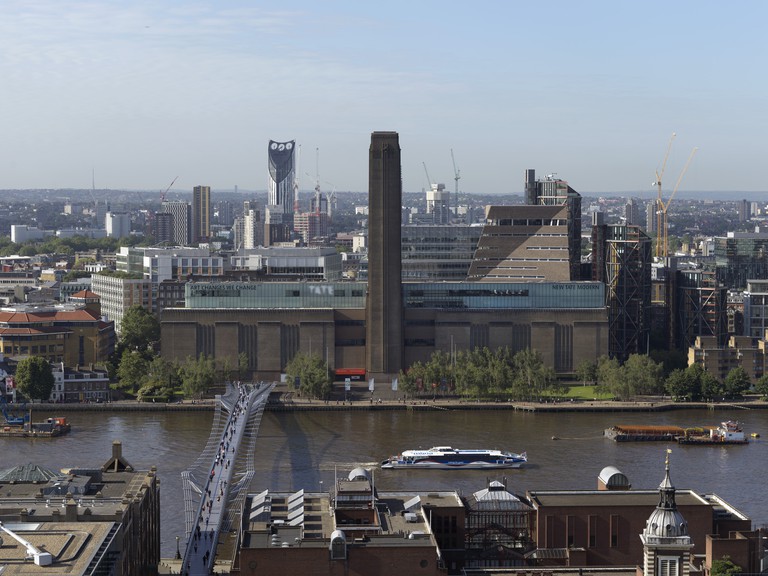 © Tate Photography
Europe’s most visited modern art gallery, The Tate has a worldwide reputation as striking as its building, a converted power station in London’s Bankside. With a permanent collection shown across the Boiler House and the recently opened Switch House, designed by Herzog & de Meuron, a visit to the Tate offers an entire history of modern art from the 20th century and beyond. On top of its permanent collection where you’ll encounter everything from painting to performance, it offers well-curated retrospectives of contemporary art greats, including Damien Hirst, Roy Lichtenstein and Edvard Munch.
Open In Google Maps
Bankside, London, England, SE1 9TG, United Kingdom
+442078878888
Visit Website
Give us feedback 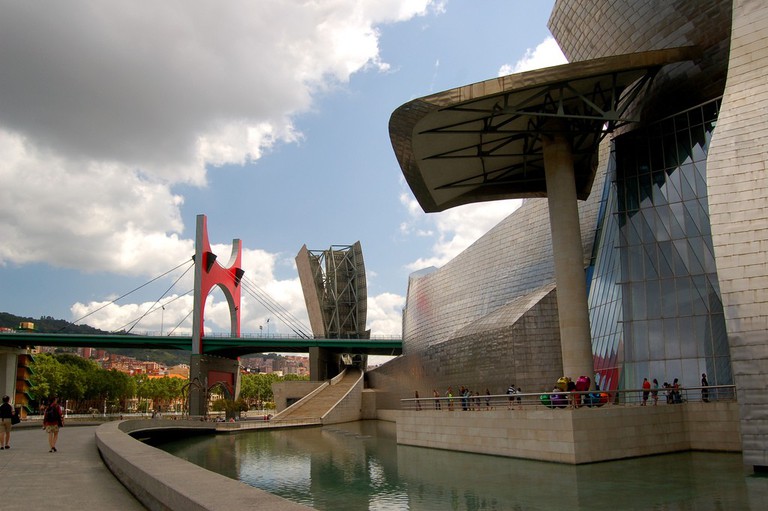 Guggenheim Bilbao | ©Ilkka Harmanen/ Flickr
Book Now
Europe’s largest modern art collection, housed inside a fascinating postmodernist building designed by Richard Rogers and Renzo Piano, the Pompidou offers a collection as impressive as the world’s most famous gallery which it shares a city with – the Louvre. As well as its outdoor escalator offering a novel way to get a great view of the city, the gallery offers extensive collections of Picasso, Miró, Chagall,Matisse and Kandinsky, which are rotated every six months, as well as a vast array of brilliant exhibitions on its first and sixth floors that have in recent years included Freud, Dali and Richter.
Open In Google Maps
Paris, Île-de-France, 75004, France
+33144781233
Visit Website
Give us feedback

Book Now
As well as rejuvenating the city of Bilbao so well that regeneration projects are now said to have ‘the Bilbao effect’, the Guggenheim Bilbao offers site-specific installations as impressive as its Frank Gehry-designed building. These have included projects by Jeff Koons and Richard Serra, and complement a frequently changing roster of exhibitions, which feature the work of internationally famous artists alongside those who work or have worked in the Basque region where the Guggenheim is housed. No wonder this was labeled one of the ’12 Wonders of Spain’ in 2007.
Open In Google Maps
2 Abandoibarra Etorbidea, Bilbo, Euskadi, 48009, Spain
+34944359080
Visit Website
Give us feedback 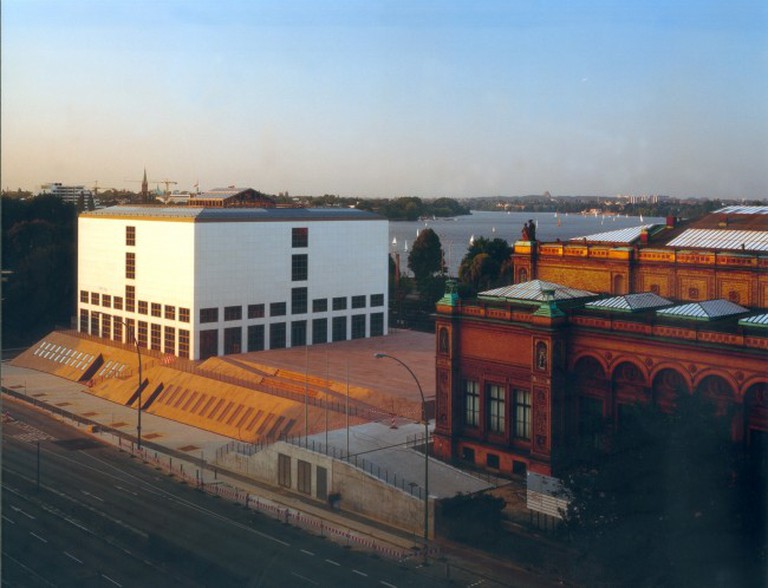 Blick auf Galerie der Gegenwart und Gründungsbau | © Hamburger Kunsthalle, Foto: Wolfgang Neeb
Book Now
Its indoor collection is impressive enough, housing many of Van Gogh’s best-known works alongside other modern masters, including Georges Seurat and Piet Mondriaan. But what makes the Kröller-Müller stand out, is its outdoor sculpture park. Housed in Otterlo’s Hoge Veluwe National Park, it is Europe’s largest, featuring 160 works by world-renowned sculptors, including Barbara Hepworth,Jean Dubuffet, Augustus Rodin and many more. Hiring one of the many bicycle’s available in Otterlo and cycling around the Kröller-Müller garden is one of the finest pleasures on offer anywhere in the Netherlands.
Open In Google Maps
6 Houtkampweg, Otterlo, Gelderland, 6731 AW, The Netherlands
+31318591241
Visit Website
Give us feedback 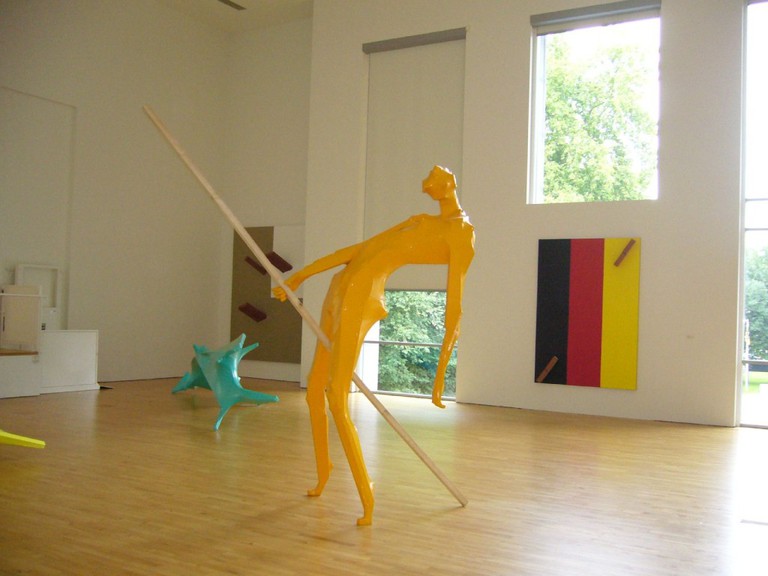 S.M.A.K. Belgium | ©Coy!/Flickr
Book Now
Although the Hamburger Kunsthalle‘s main building houses its own impressive collection of pre-20th century art including famous works by Casper David Friedrich and Dürer, for our purposes it is worth noting that it also houses the Gallerie der Gegenwart, a premier collection of modern and contemporary art. Full of controversial and avant-garde pieces that can shock even the most unflappable modern art fan, it has one of the world’s larger collections of works on paper by Warhol and Beuys.
Open In Google Maps
5 Glockengießerwall, Hamburg-Mitte Hamburg, Hamburg, 20095, Germany
+4940428131200
Visit Website
Give us feedback

The Stedelijk Museum voor Actuele Kunst is known as S.M.A.K. and often feels exactly like that, a smack to the senses. Based in a former casino converted to a gallery in 1999, S.M.A.K. has quickly become known for a collection exploding with vibrant colors and the major names of art after World War Two: Andy Warhol, Francis Bacon, Marina Abramovic. This, and a reputation for provocative exhibitions, make a visit to the town of Ghent essential for all art fans.
Open In Google Maps
1 Jan Hoetplein, Gent, Vlaanderen, 9000, Belgium
+3292407601
Visit Website
Give us feedback

Museum
Facebook
Email
Twitter
Pinterest
Copy link
Share
Map View
Specializing in the best of Spanish art, the Museuo Nacional Centro de Art Reina Sofia has an impressive collection of superior works by Dali, Gris, Miró and of course many more. These works and its contemporary selection definitely make this museum worth a visit, but what makes it one of the greatest in the world is that it is the home to Pablo Picasso’s monumental Guernica. Cited by many as the greatest and most influential art work of the 20th century, every centimeter of its seven meters have been pored over by the finest artists ever since, and to visit it is to see why.
Open In Google Maps
52 Calle de Santa Isabel, Madrid, Comunidad de Madrid, 28012, Spain
+34917741000
Visit Website
Give us feedback
Book Now

With no permanent collection to speak of, the Serpentine and the Serpentine Sackler maintain a reputation by constantly offering new, exciting and prestigious exhibitions. To gauge for yourself how successful they have been in this, consider that they housed Marina Abramovic’s epic 512 Hours installation, the follow up to her hugely successful The Artist is Present at MoMA, and that this exhibition followed on from major exhibitions from contemporary art giants like Yoko Ono and The Chapman Brothers. Its beautiful location in Kensington Gardens and its always cutting-edge summer architecture pavilion make this a welcome addition to South Kensington’s famous museums. 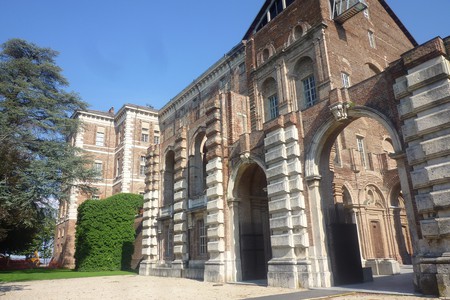 Based in a 17th-century pallazo close to Turin, the building itself is a World Heritage Site, and the collection of contemporary art housed within it is almost as prestigious. With an emphasis on controversial modern figures on the international art scene, the Castello di Rivoli often plays like a fascinating rogue’s gallery of painting, sculpture and video from artists like Anselm Keifer, Nan Goldin and Tracey Emin. The gallery also offers one of the world’s finest restaurants, Combal Zero, where the food is as much of a masterpiece as the works in the Castello’s collection.
Open In Google Maps
Piazzale Mafalda di Savoia, Rivoli, Piemonte, 10098, Italy
+390119565222
Visit Website
Give us feedback

One of the many emerging contemporary galleries in eastern Europe, the Kumu in Tallinn, Estonia sets itself apart from many with its excellent curation and fantastic new building. Exploring Estonian art from the 18th-century onwards, it is at its best when it shows the work made during its Soviet occupation, juxtaposing Soviet realism with non-comformist works to devastating effect. This combination of its Soviet history and its underground non-conformism is played out in its interesting contemporary section, detailing Estonian art now: a clearly fascinating history illuminating the work of many.