Culture Trip Wishlist: The 12 Cities To Visit in 2019, Ranked 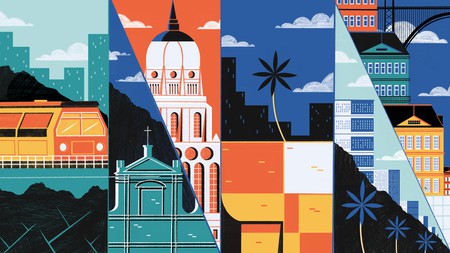 Want to hike through the Buda Hills overlooking Hungary’s capital? Sip super-charged iced coffee in a backstreet in Ho Chi Minh City? Dance ’til dawn in a Lima nightclub? Look no further: Culture trip’s inaugural travel wishlist tells you how – and when – to enjoy the world’s 12 best cities for culture in 2019.

With 2019 just around the corner, it’s time to start planning your next big trip. And while all those price-comparison apps, deals on cheap flights and inspirational social media threads might make the world seem like it’s at your fingertips, choosing where to go has never been a more daunting task.

To help you get oriented, Culture Trip has combined data with editorial expertise to pinpoint the hotspots for culture around the world in 2019. Culture Trip’s in-house editorial team chose the 12 destinations on the shortlist, based on an analysis of the cities that have seen the biggest growth in millennial interest on the Culture Trip site and app and a survey of 300 of the company’s local creators, who are based around the globe.

Each one of these cities more than deserves a spot on your 2019 travel wishlist.

Wellington became one of the world’s top travel destinations in 2018. Like many other cities by the beach, it has mild weather throughout the year, and casual vibes and friendly people make this a great place to relax and recharge. The start-up scene is flourishing thanks to the LookSee Wellington programme, which offers 100 tech workers a free week-long trip to the Kiwi capital if they agree to pre-arranged job interviews while in town. The city also has a thriving food scene, with August’s Wellington On a Plate festival a particular highlight.

One thing to do in Wellington? Hike or cycle the Wellington Town Belt up to the summit of Mount Victoria. You’ll get an incredible view and a great workout.

With memories of a troubled past continuing to fade, 2019 is the ideal time to visit the Colombian capital. It’s among South America’s liveliest and most vibrant cities, offering an exhilarating convergence of art, culture, fashion and food. Fresh juices and world-renowned Colombian coffee are available across the city, but one neighbourhood you have to experience is the historic centre, La Candelaria, where you’ll find a first-rate museum dedicated to Bogotá-born sculptor and painter Fernando Botero. On Sundays, a major network of roads is closed to cars, so you can walk, cycle or run in the city streets in complete comfort.

One thing to do in Bogotá? Take the funicular up Cerro Monserrate for the best views of the city. 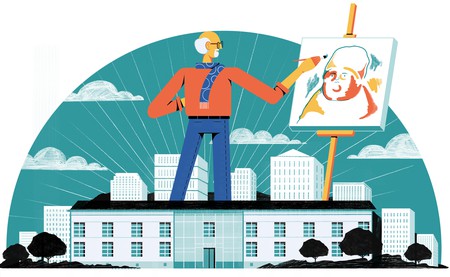 North Africa’s premier arts and culture hub, Marrakech has been a trending destination for years. The 2015 launch of Oasis Festival, a showcase of local and international musicians, followed three years later by the opening of the Yves Saint Laurent Museum, added welcome variety to the city’s cultural landscape. Good weather is guaranteed in autumn and spring, and the shopping in the city’s souks and malls is first class. Marrakech’s historic centre, the medina, is a UNESCO World Heritage site, but its street life and colourful assortment of markets mean it feels like anything but a museum.

One thing to do in Marrakech? Stroll through the Majorelle Garden, created by French artist Jacques Majorelle in 1923.

Budapest’s multi-layered history is revealed by its architecture, with Art Nouveau, Gothic, Renaissance, Classicist and Baroque styles all jostling for your attention. Though better known for its thermal baths, the city also has a burgeoning food scene, which spans classic Hungarian comfort food and Michelin-star gastronomy. After dinner, head to one of the popular ruin bars, where you can swig cocktails while surrounded by charmingly dilapidated buildings. And with the Buda Hills just a quick public-transport journey away, you can take in some nature when you’ve had your fill of exploring the city.

One thing to do in Budapest? Spend time luxuriating in a warm, mineral-enriched outdoor pool at one of the city’s spas.

Istanbul’s recent tourism resurgence means there’s no time like the present to visit this 2,500-year-old city. It has been the capital of four empires throughout its history (the Roman, Byzantine, Latin and Ottoman), and their impact on the city is visible to this day. The Grand Bazaar is always a wonderful assault on the senses, but the cultural highlight this year is the Istanbul Art Biennale 2019, which takes place from September to November. Curator Nicolas Bourriaud promises to explore the city’s unique position as a bridge between the East and West.

One thing to do in Istanbul? Take a boat trip on the Bosporus, which not only connects the Black Sea with the Mediterranean but splits the two continents on which the city sits: Europe and Asia. 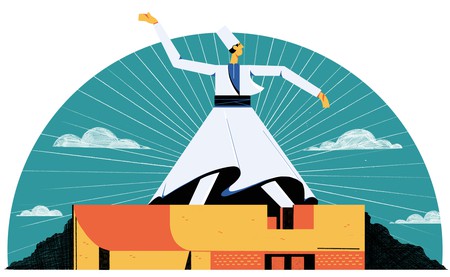 With 2019’s Rugby World Cup kicking off in September and the Tokyo 2020 Summer Olympics fast approaching, this is the moment to plan a trip to the Japanese capital. More than 200 Michelin-star restaurants grace this metropolis, with culinary specialities including sushi, ramen and tempura. Experience the world’s most efficient public transportation system, which includes 13 subway lines and over 100 surface routes, and take in the unrivalled fashion of this fast-paced city.

One thing to do in Tokyo? Check out the neon lights of Shinjuku at dusk.

Once a stopover on the trail to Machu Picchu, the Peruvian capital in 2019 deserves travellers’ full attention. The unofficial gastronomic capital of South America, Lima offers food to rival any in the world, from delectable ceviche to sweet and crispy street churros. This is a place where you can surf the waves in the morning, take in Pre-Columbian art at Museo Larco before lunch, indulge in pisco tasting in the afternoon and spend a wild night on the town, deep into the early hours of the next unforgettable day.

One thing to do in Lima? Sample Javier Wong’s ceviche at his tiny restaurant, Chez Wong.

Laid-back Cape Town has a well-deserved reputation as a producer of top-quality wine. However, the city has upped its cultural credentials with the recent opening of the Zeitz Museum of Contemporary African Art. Formerly a grain silo, Zeitz MOCAA houses the largest collection of African art in the world; plus, there is a hotel on the upper floors overlooking the bay and beyond. As winter starts to wear on those in the northern hemisphere, Cape Town bathes in warm sunlight until late evening, which makes exploring the landscape or the newly developed Victoria & Alfred Waterfront all the more appealing.

One thing to do in Cape Town? Head up the Table Mountain Aerial Cableway one evening with a bottle of local wine and bask in the glory of one of the world’s best sunsets.

An affordable destination with a buzzing cultural scene to match, Ho Chi Minh City is perfect for cash-strapped millennial travellers. A booming economy has brought a roaring energy to the city, palpable as soon as you leave the airport, and that energy increases as soon as you try cà phê dá (Vietnamese iced coffee) – a jolt of caffeine and sugar like no other. Afterwards, meander the city’s neighbourhoods and hidden alleyways in search of street food and displays of public art.

One thing to do in Ho Chi Minh City? Visit Lang Ông Bà Chieu, a little-known temple that will transport you back in time to the city’s early history.

It wasn’t just warm winters and brilliant barbecuing that helped the Texas city of Austin double its population between 2000 and 2010. A hotspot for music, food and tech, this creative hub is growing by the minute and is one of the top cities in the world for entrepreneurs. Boasting the accolade of live-music capital of the world, this sunny-all-year-round city hosts musicians across a stream of festivals – hello, South by Southwest – and legendary gig venues. When it comes to dining in Austin, barbecue and Tex-Mex reign supreme. Austinites are serious about their grub, though, so if you’re hitting an eatery like Franklin Barbecue, expect to wait in line for some time.

One thing to do in Austin? Get kitted out at cowboy outfitters Allens Boots and show off your new look dancing to honky-tonk and bluegrass bands at The White Horse.

If 2018 belonged to Lisbon, 2019 is all about Porto. Portugal’s second-largest city, this seaside paradise is a must-visit for those obsessed with food and design. Vineyards to the north mean splendid local wine flows like water – sip a glass or two with a meal of locally caught seafood cooked in a cataplana, the traditional copper cookware, before heading out shopping. When it comes to art and design, Porto offers everything from traditional textiles to contemporary concepts, so there’s no better place to find home-decor inspiration. Walking around town is like visiting a free museum, with stunning murals and street art around every cobbled corner. This is reputed to have inspired JK Rowling’s Harry Potter books, so bear that in mind when you visit the Lello Bookstore or the Art Deco Café Majestic, where the author worked on the first instalment in the series.

One thing to do in Porto? Try the local delicacy of port wine. Made exclusively in the nearby Douro Valley, the sweet digestif is best tasted during a tour of one of the city’s wine cellars or bars. 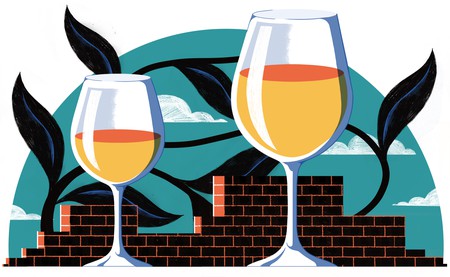 Taking our cultural crown for 2019 is Oaxaca City, a World Heritage site and the birthplace of mezcal. A world away from spring-break favourites Acapulco and Cabo, the capital of Mexico’s southwestern state of Oaxaca is a city steeped in indigenous history and culture – 17 languages, including Spanish, are still spoken here.

Known as the Land of the Seven Moles after the region’s rich and complex sauces, Oaxaca will fire up your taste buds and the rest of your senses. Locally made ceramics, embroidery and handwoven rugs are just a few of the handicrafts you can find here, and indigenous people continue to wear colourful, local dress as they go about their days in the city’s plazas. Historical treasures abound as well. In Pre-Columbian times, Oaxaca was ruled from atop Monte Albán, and there are well-preserved archaeological sites, including pyramids and ball courts, that merit a visit. With temperate weather all year round, there is no bad time to visit in 2019. For an unforgettable experience, come for the Día de los Muertos festival on 2 November.

One thing to do in Oaxaca City? Visit the Museum of Contemporary Art of Oaxaca. The colonial building that houses this enchanting curation of contemporary Mexican art is something worth seeing in its own right. (There’s also a great outdoor market on the same street.)

For more read our article on the must visit Sport Destinations in 2019.

Culture Trip used a three-tier process of quantitative and qualitative data analysis to compile this list. Utilising Culture Trip user data, the year-over-year growth of user interest, measured by the change in the total number of organic views for cities between 2017 and 2018, was calculated to produce an initial list of trending destinations. Three hundred people in Culture Trip’s global network were then surveyed, tapping into their local knowledge and connectedness to current trends, to get their take on which cities should be on people’s horizons for 2019. The results were then reviewed by our in-house editorial team, who employed their wide-ranging expertise in everything from travel, food and art to books, technology, fashion, wellness and film to select the final 12 destinations for culture in 2019.

Interested in planning your own dream trip to a city this year? Start your journey by saving your favourite articles and inspiration in a Culture Trip Wishlist. It’s the easiest way to keep all your research in one place while you discover what is special and unique about each place.