Christmas Decoration Traditions from Around the World 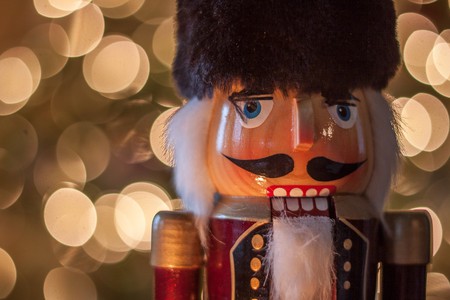 Always wondered how other countries decorate their homes and streets around Christmas time? We’ve asked our writers from around the globe to reveal their country’s more unusual and distinctive traditions, from pooping figurines to life-size nativity scenes.

‘I think Christmas decorating in the Philippines is very interesting as it’s a mix of both Catholic (from the Spanish) and Western (from American media) influences. Just as in the States, Filipinos absolutely love going all out on the Christmas decor. Shopping malls, streets and homes are all completely decked out during the holidays. But while the “commercialisation” of the holidays is quite evident, the more religious aspect is not lost, seen for example in the ever-present belen, or the depiction of Christ’s nativity in Bethlehem. For homes, it’s usually on a table in the living room, but you’ll see life-sized ones displayed in malls as part of the decor. 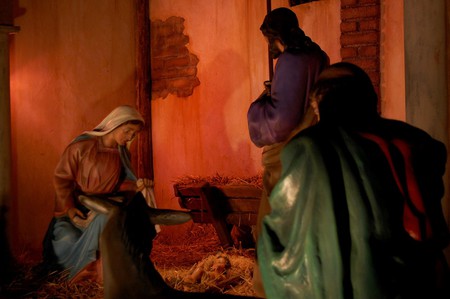 ‘Also, around November, our teachers would tell us to begin bringing Christmas decorations into school. We each had to contribute something. Many would bring a shiny garland, some would bring recycled parol (made of plastic bottles and straws), some would bring Christmas lights, and one might even bring a small Christmas tree. We’d then take some time after school hours to decorate our classroom. I just loved this tradition growing up because now, looking back, it seems to me very representative of how Christmas in the Philippines is such a social event, from food preparations to every other Filipino Christmas tradition – they’re all aimed towards bringing the community together. 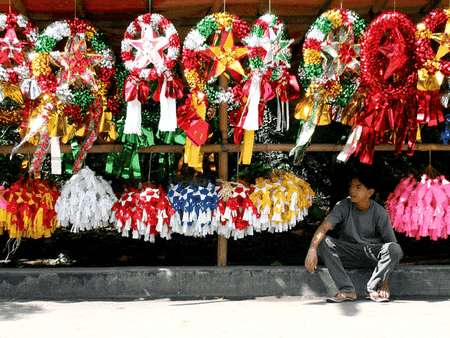 ‘As for the parol, perhaps the ultimate icon of the Filipino Christmas, it holds a religious symbol as representing the star of Bethlehem and today is often used to decorate streets, backyards and front porches. In Pampanga, they hold the Ligligan Parul or the “Giant Lantern Festival” every year in which large, vibrant, and intricate parols are displayed.’

‘On the whole, Christmas decorations aren’t that different than the rest of the world, although they tend to be more restrained and traditional. Some differences are the himmeli (essentially a mobile made out of straw), the straw goats or joulupunkki, which come from the original Santa myth, and something called jätkänkynttilä, which doesn’t really have an English translation, but it can be referred to as a ‘fire log’, which is stood up vertically, split in half and set on fire to create a kind of candle. Some homes also get their Christmas trees directly from the forests outside their homes.’ 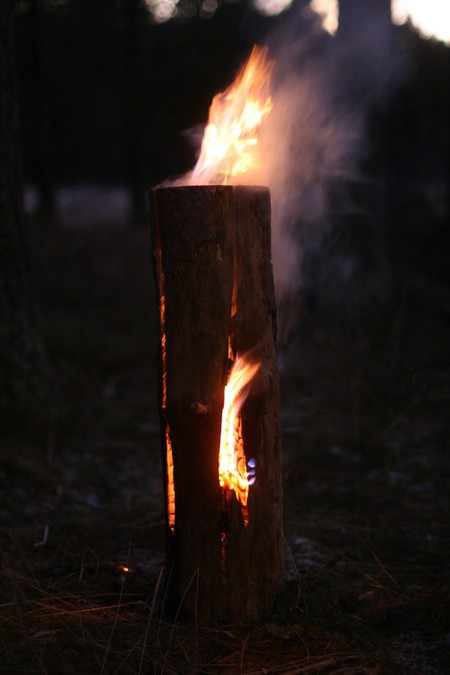 ‘No Mexican Christmas is complete without an elaborate nativity scene and an Advent crown. Four weeks before Christmas Day, families set up wooden or cardboard mangers and populate the surroundings with all manner of characters, including the Virgin Mary and Joseph, but also a devil, Adam and Eve and even the occasional zebra or giraffe. Mexican nativity scenes typically boast a painted water feature and some families go so far as to use pump-operated rivers with real water. An Advent crown is also found in many Mexican households. The crown’s four candles mark the passage of the four Sundays in Advent.’ 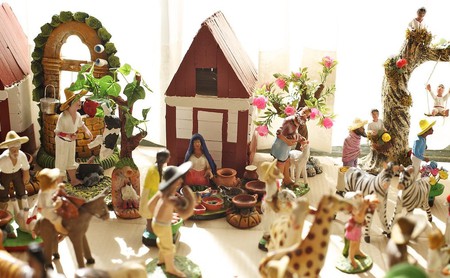 A Mexican nativity scene, complete with zebras and a giraffe | © David Flores/Flickr

‘Belén, which is Spanish for Bethlehem, are model nativity scenes that people often set up in their houses, but there are also giant ones installed in public buildings or squares – they’re often very intricate. One more amusing decoration is el caganer from Catalonia – it’s a small figurine, often found in the Belén or sold at Christmas markets, which is squatting and pooping. It’s supposed to represent fertilisation of the land for the year to come. As well as the classic caganer there are lots of figurines of celebrities pooping these days too! Another interesting Christmas decoration from Catalonia is Tió de Nadal, which is essentially a log with a face drawn on, a hat and small legs. Known as the ‘poo log’, children usually look after it and feed it bits of turrón (similar to nougat) throughout the weeks leading up to Christmas. On Christmas Eve, they will whack it with a stick and sing the Caga Tió song, telling the log to poo out lots of sweets for them, which eventually they receive.’ 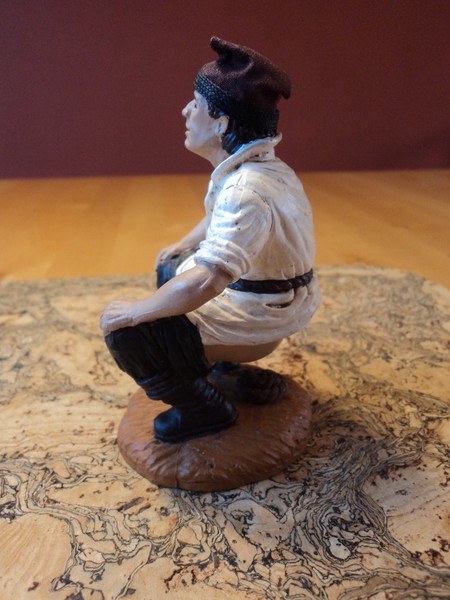 ‘Slovenian Christmas decorations are very basic, with many families setting up a Christmas tree in their house. The tree used to be natural, but a lot more people are opting for a plastic tree these days. Decorating the home tends to take place in the afternoon or evening just before Christmas, and most families will open their presents the same evening. Slovenians often set up a Nativity scene underneath the tree at home, but some people also create live versions of the nativity in the karst caves.’ 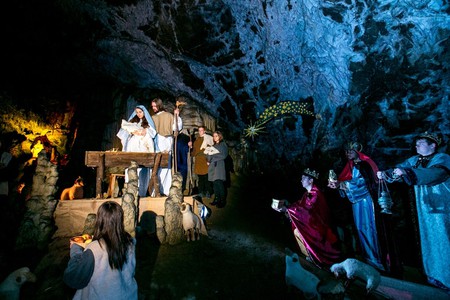 ‘Poland is pretty similar to Slovenia – the tree will be set up a few days before Christmas at most, and the main celebration is on Christmas Eve, which consists of a big dinner, wigilia, and opening presents. Christmas Day is more chill, hanging out with the family, watching Home Alone (for some reason TV stations always play Home Alone multiple times around Christmas, and it’s become sort of a joke that you always watch it). Religious people will probably go to mass at midnight after opening presents, and also possibly on Christmas Day, but it varies depending on the family. Decorations-wise, they’re pretty standard: A tree with lights, baubles, copious amount of tinsel, either a star or an angel on top, and themed table settings. 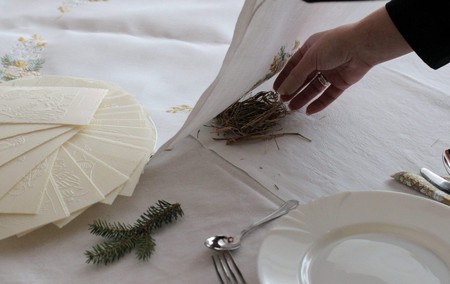 ‘Hardly anyone decorates the outside of their house, or at least that was the case a few years ago. Some people will put a bit of hay under the tablecloth, too – most people think it’s to do with Christianity but it’s actually a pagan ritual that predates Christianity reaching Poland by hundreds of years. Also, there’s supposed to be an extra setting on the table for “an unexpected guest”, which is both symbolic of letting Jesus in to your house and leaving space for him, as well as literally if a stranger knocked on your door and asked to partake in the meal, you’re obliged to allow him. This is, obviously, wholly hypothetical and has never actually happened anywhere in the last 100 years. I imagine if someone attempted to join my family’s Christmas meal, they’d be terrified and uncomfortable beyond belief!’

‘Lisbon gets all dolled up for Christmas and the main streets in Baixa get dressed with lights – usually each street has its own theme like umbrellas or rocking horses – which are set up overhead. Some buildings are even dressed with garlands and lights in the form of red bows or other typical Christmas motifs. Praça do Comércio sets up a large tree in the square and organises concerts, while the Christmas market takes place in Parque Eduardo VII. Last year there was a Ferris wheel and an ice rink.’ 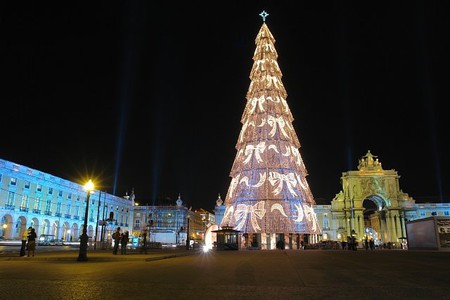 ‘The spirit of Navidad is a force to be reckoned with as larger-than-life nativity scenes (pesebres) are created and quickly become artful roadside displays. One home in the city of David, Chiriqui in western Panama, features one of the most renowned nativity scenes. It’s made up of more than 5,000 props and draws crowds of curious passersby.’ 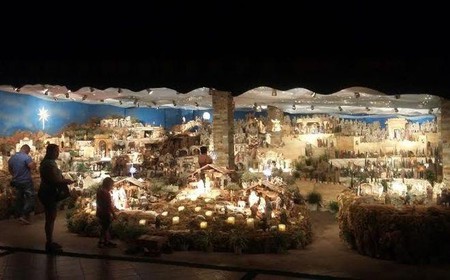 ‘In Sweden we go crazy for Dalahästar over Christmas. Though originally from the county Dalecarlia, and not exclusively a Christmas decoration, all Swedes fill their window sills with decorative wooden horses. As for the Christmas tree, we tend to hang photos of family members who have passed away in on it so that we can celebrate with the whole family. There will also be traditional decorations that are often handmade, such as felt ornaments or angels and stars made of straw, and figures made of brass like birds, hearts and angels. We also make crackers every year, which are filled with sweets. Gingerbread decorations are also baked especially for the tree and hung with red silk ribbons. At first advent we also hang a big star (mostly made of paper) with a bulb inside in the window.’ 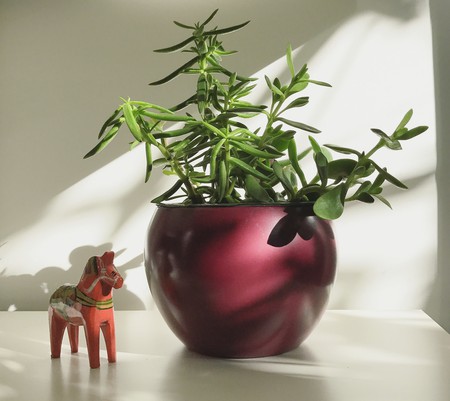 ‘German folklore states that a wealthy, lonely farmer became fed up with the ineffective process of cracking nuts. To find a solution he offered a reward to whoever in the nearby village could come up with the best solution to his problem. Each villager drew on their own professional expertise – a solider shot at the nut, a carpenter proposed sawing them open. However, it was an unlikely puppet maker who won the day, building a lever-mouthed doll, now known as a nutcracker. The dolls are seen as a symbol of good luck in Germany and are now synonymous with Christmas in the country.’

Read on for more ‘weird and wonderful’ Christmas decorations from around the world here.