Always Choose Airbnb Over Hotels in These European Destinations, Here's Why 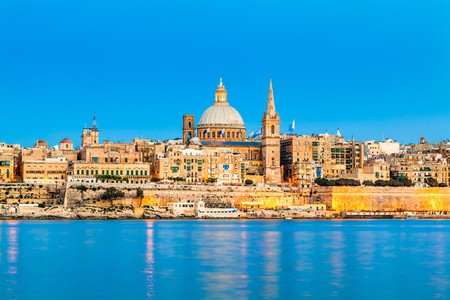 Valletta, Malta, where renting through Airbnb is much cheaper than staying in a comparable hotel | © INTERPIXELS / Shutterstock

Malta, Portugal and Switzerland are among the European destinations where you’d be better off booking an Airbnb instead of a hotel.

Vouchercloud did the number crunching, comparing the average cost of Airbnbs and 3* hotels in countries across Europe.

It discovered that Malta, Portugal and Switzerland have the most underpriced Airbnbs, with the average 3* hotel costing over twice as much!

Renting an Airbnb in Slovenia, France and Luxembourg also works out significantly cheaper, based on prices in the capital city of each country. 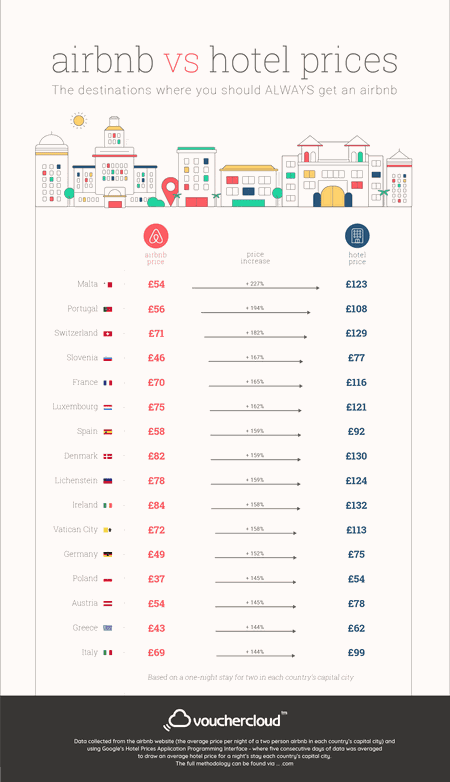 If you’re looking for a European adventure on a tight budget, then head to Tirana in Albania or Skopje in Macedonia, where Airbnbs cost an average of £27 and £28 per night and hotels £36 and £33 per night respectively.

Reykjavik and Amsterdam topped the list of pricy destinations at £108 and £102 per night for an Airbnb, and hotels for £135 and £137 respectively.

You might also be interested in: These Are the Best Times to Book the Cheapest Tickets to Europe and The Best Budget Ski Resorts Across Europe.