23 Natural Wonders in Europe That Will Take Your Breath Away 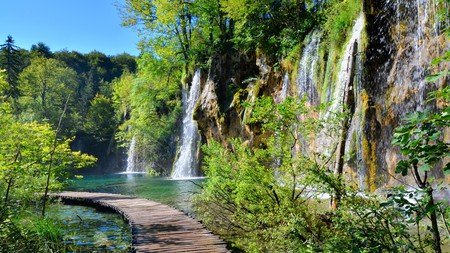 Home to 50 countries, Europe is one of the world’s most varied continents in terms of culture, history and geographical diversity. From verdant mountain ranges and lush countrysides to crystalline coastlines and arctic scenery, it contains hundreds of UNESCO World Heritage Sites, thousands of beautiful corners and too much natural beauty to soak in in one lifetime. We’ve rounded up the 23 most beautiful natural wonders on the European continent which we’re sure will take your breath away.

Few vistas are as idyllic and alluring as that of Italy’s Tuscan hills. Lined with cypress trees, textured with patchwork vineyards and dotted with rustic farmhouses, the countryside is all at once rural, manicured and serene, while its vibrant shades of green and yellow are a feast for the eyes. The Val d’Orcia, encompassing Siena, Pienza and Montalcino, is one of the loveliest parts of the region.

Made up of 16 terraced, crystalline lakes, the Plitvice Lakes National Park is a standout attraction in Croatia and well worth a day trip from the capital. This UNESCO World Heritage site is famous for its waterfalls, caves and lakes, which were created due to water flowing through limestone and chalk terrain for centuries, and for the shade of its turquoise water. 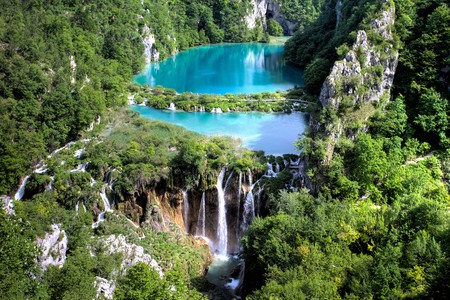 Svalbard represents one of the most remote regions of the world, as well as one of the most northernmost inhabited landmasses on earth. This archipelago lies close to the arctic circle and the majority is covered with glaciers, making this a truly untouched arctic wonderland. Svalbard is famous for its wildlife, such as polar bears and reindeer, and was originally used as a whaling base in the 17th and 18th centuries.

Located on Ireland’s western coast, the magnificent Cliffs of Moher are a sight to behold – the rugged cliffs rise up 120m high from the water and are 7km long, curving in and out of sight into the distance. With the Atlantic ocean continuously breaking onto the cliffs and heavy winds greeting you along the edge, this dramatic landscape represents the force of nature in its purest form. 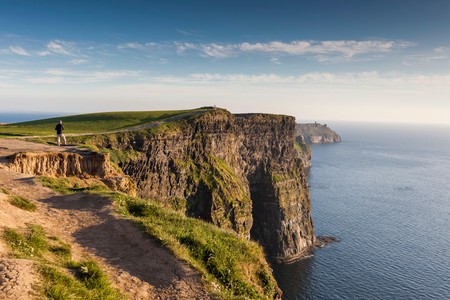 The Blue Grotto in Capri is one of Italy’s main draws for the incredibly vibrant blue hue visible within the cave. The peculiar effect is caused by sunlight passing through a deep underwater cavity and shining back up through the water, thus illuminating the cavern. The mouth of the sea cave is only a meter high so visitors can only enter the Blue Grotto with small boats when the tide is low enough to permit entry.

The Swiss Alps are one of the world’s largest mountain ranges and cover 65% of Switzerland, making it one of the most alpine countries in Europe. The mountains were formed 45 million years ago and have some of the highest peaks in Europe, including the Monte Rosa and Matterhorn, which historically provided protection to the land-locked country. Today, nature enthusiasts flock to the Swiss Alps for hiking, skiing, paragliding and swimming. 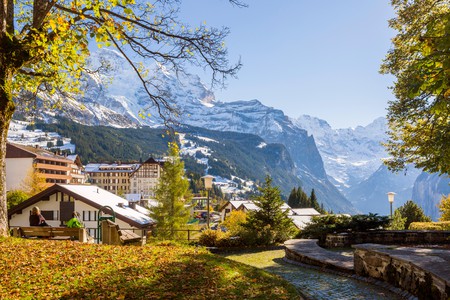 Greece is made up of 6,000 islands and islets and Santorini is one of the country’s most famous islands thanks to its dramatic coastline, white-washed buildings and red sandy beach. The rugged red cliffs, colored due to the iron-rich sediment of the rock, contrast sharply with the turquoise Mediterranean waters gently lapping at the beach below, making it one of the most beautiful natural wonders in the country.

This 50km stretch of coastline on the south-side of the Sorrento Peninsula is one of the most popular tourist destinations in the world for its mix of beauty, culture and nature. The Amalfi Coast is made up of a number of towns and villages dotted along the coast, including beloved Positano and Amalfi, and afford fabulous views onto the Mediterranean sea. Don’t miss a boat tour along the coast to take in the craggy coastline. 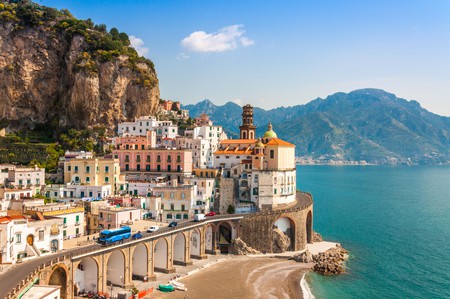 Land’s End is the most westerly point of mainland Cornwall and one of Britain’s most famous landmarks due to its peacefulness and natural beauty. The Cornish coastline has spectacular views onto the Celtic Sea and walking along the promontory will give you views onto the magnificent sea arch – made of weather granite – as well as numerous coves and caves.

Scotland’s second largest island is a magical place with expansive valleys, rolling mountain ranges, sweeping coastlines and a beguiling atmosphere. It is also called ‘cloud island’ due to the misty, moody climate – the weather, coupled with natural rock formations such as the sharp Old Man of Storr pinacles, make this an otherworldly place to explore. 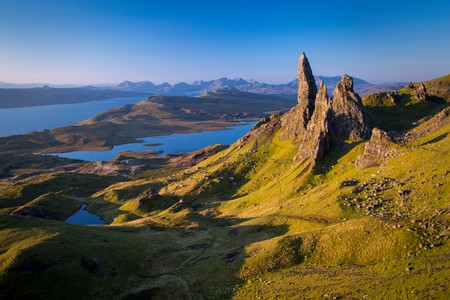 Germany’s misty Black Forest feels like a sight out of the Brothers Grimm fairytales. This densely wooded mountain range is situated along the Rhine River in Baden-Württemberg, Germany’s third largest state. With dozens of lakes, stunning scenery and a number of historic towns, it’s one of the most relaxing and naturally beautiful places in Germany.

The impressive Gorges du Verdon river canyon is considered one of the most noteworthy in Europe for its bright, turquoise-colored water. The deepest ravine is 700m deep and popular with tourists who dive and kayak along the river, while others prefer to take in the landscape from above by hiking through the limestone natural reserve while admiring its rich flora and fauna. 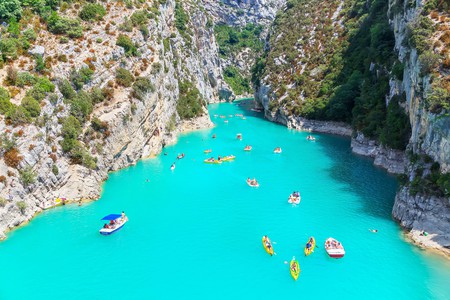 The historic mining site of Las Médulas in North-West Spain is a dramatic example of ancient Roman technology. The region was rich in gold mines which the Romans extracted using hydraulic power in the 1st century, leaving behind a transformed landscape still visible today. With its burnt orange peaks and abundant greenery, it’s a perfect mix of a natural and manmade scenery.

Located between Salzburg and Graz, Hallstatt is a picturesque, 19th-century town in Austria’s Lake District and features cottages, salt mines and ice caves. Situated on a settlement that dates back to the early Iron Age, it is one of the oldest inhabited settlement in Europe. 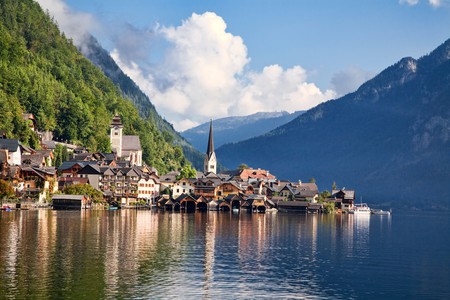 Boasting incredible rock formations, water in infinite shades of green and blue, golden beaches and tiny bays, Portugal’s southern Algarve region is a paradise of sun, sea and sand. Weather you wander around the coastline, take a boat tour of the sea or sunbathe on the soft golden sand while the waves gently laps at the shore, you’re sure to feel like you’re in a terrestrial heaven.

Iceland is chock full of natural wonders, from glaciers and waterfalls to hot springs and volcanoes, but its luminous ice caves are sure to take your breath away. These bright blue spaces will shock your senses and you’ll be dazzled by nature’s artistry, the geometric shapes of the ice and the breadth of these unusual spaces, which melt and reform year after year in different space. 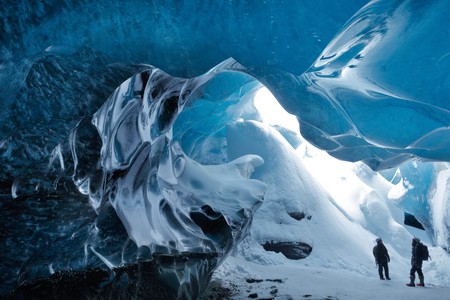 The Caves of Aggtelek Karst are located between Hungary and Slovakia and contain 712 caves spread out over 55,800 hectares. The caves are made of limestone and have high humidity so dripping water formed into stalactites and stalagmites over millions of centuries, creating the decorations you can witness today.

The Durmitor National Park is a UNESCO heritage site that contains vast pine forests, numerous lakes and has the deepest gorge in Europe, located within the Tara river canyon. Its 18 glacier lakes are sometimes referred to as ‘Eyes of the Mountain’ for their luminosity, and the area is popular for rafting and fishing, as well as trekking and skiing. 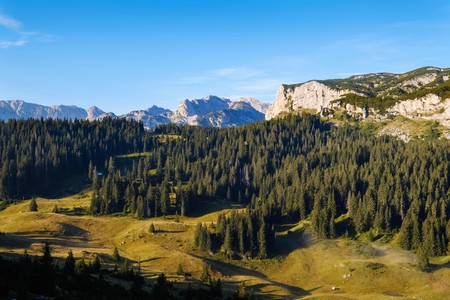 The entire Scandinavia region offers the opportunity to see the Aurora Borealis but you’re more likely to see this ethereal light display up north in the winter months. In Finland, venture up to the Lapland area between the months of September and March for the highest probability of catching this incredible light show in the sky.

The Blue Lagoon in Malta’s Comino island is one of the most incredible azure waters in Europe. This shallow bay is a popular tourist attraction and great for both snorkelling and scuba diving because of the crystal clear waters. 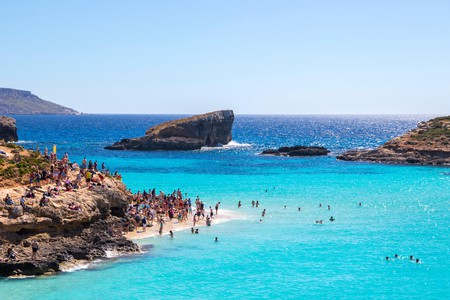 The violet lavender fields of Provence are one of the loveliest floral displays in the world and are particularly stunning at the Notre-Dame de Sénanque romanesque abbey near the village of Gordes. The lavender fields bloom from mid-June to mid-August and are incorporated in soaps, food and other products throughout the south of France.

Sarek National Park is located in Sweden’s northernmost Lapland region and is one of the oldest national parks in Europe. Filled with lakes, mountains, valleys and deltas, it is a wild and peaceful place with rich vegetation, expansive views and wildlife such as moose, eagles and bears.

Norway’s fjords are some of the best known, and most impressive, in the world. These narrow saltwater formations are deep, surrounded by land on three sides and drain out into the sea. Norway has more than a thousand, and the most famous ones are located on the west coast and include the Nærøyfjord, the Sognefjord, the Lysefjord and the Geirangerfjord. 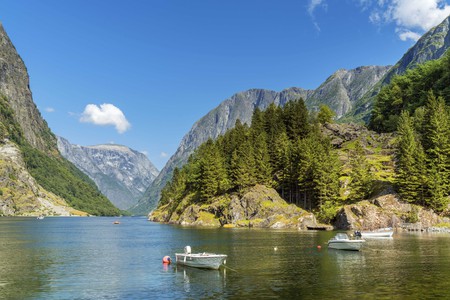