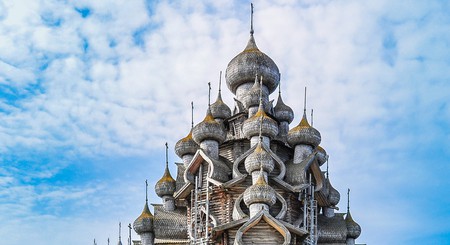 What better way to explore Europe than by discovering its drop-dead gorgeous hidden gems – trust us, there are thousands of them. So, look beyond the likes of London, Rome and Paris and explore these 19 enchanting places for yourself. And yes, your Instagram is about to get a ton of likes. 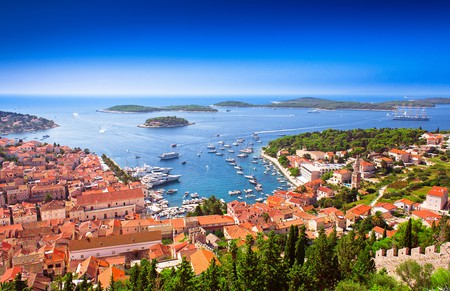 Hvar effortlessly combines a unique fusion of absolutely luxurious Mediterranean nature, culture and rich historical heritage. The city rose to power during the Middle Ages and was an extremely important port within the Venetian Empire. Now most people visit for its infectious atmosphere, and it’s a favourite destination for both locals and tourists throughout the Dalmatian riviera. 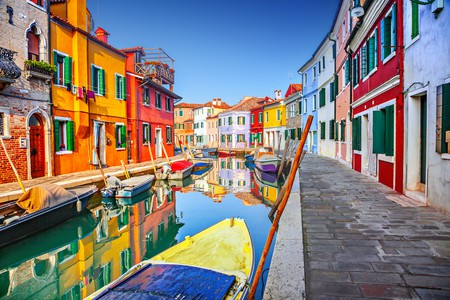 If you ever need to escape Venice (how dare you even think this) then head to this colour-crazy hideaway. Those who visit Burano may leave with a sense of bewilderment. Why? Simple – the houses. From the mammoth bell tower to the deep green canals, everywhere you look you’ll see something amazing to Instagram. 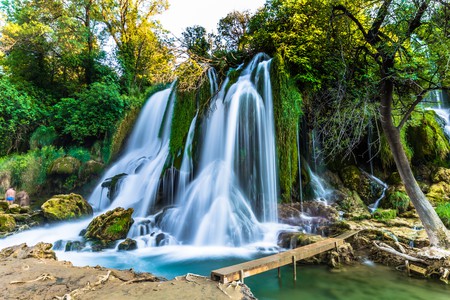 There’s so much to do in this amazing part of the globe, but these stunning mini-Niagaras, consisting of 25m high cascades, should be at the top of your to-do list when visiting Bosnia and Herzegovina. Best thing? If you visit in the summer, you can swim in the surrounding pools. 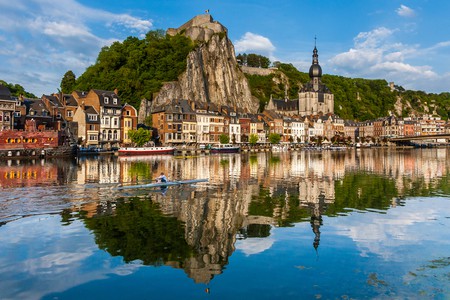 Luckily for you, very few people have heard of Dinant. Great to visit at any time of the year, the lovely little town was the birthplace of Adolphe Sax, the jovial inventor of the saxophone. Musical history aside, the area is great for those seeking a spot of solitude or a hiking holiday – there’s over 2,000 kilometres of signposted trails! 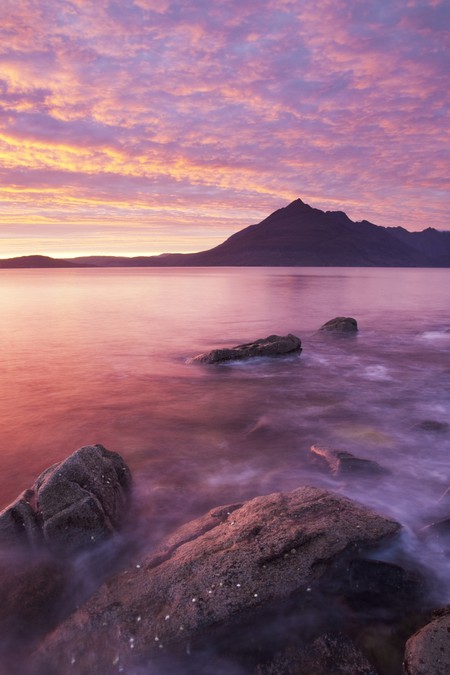 One word: otherworldly. Skye is simply stunning and is one of the few places in the United Kingdom that has been left untouched by us humans. Most go to snap Old Man Storr, a giant rock that towers over the vast expanse of the isle, but don’t miss the fairy-tale rock pools. They are straight out of the pages of a fantasy novel. 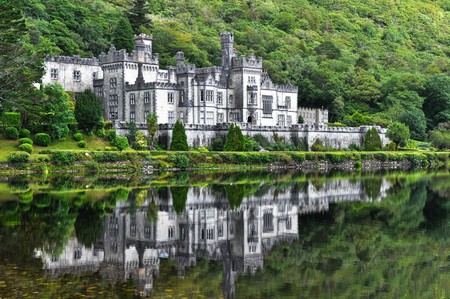 Fancy a spot of visual luxury? Well, here you have it. Kylemore Abbey is a 1920s Benedictine monastery, located on the grounds of Kylemore Castle estate in Connemara. Voted one of Ireland’s top attractions, visit Kylemore to experience mystical woodland and lake shore walks, magnificent architecture and Ireland’s largest Walled Garden! 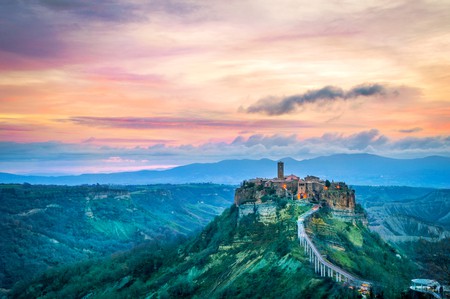 Civita di Bagnoregio is a charming medieval city, left almost untouched by the masters of the Italian Renaissance. It’s home to around 10 people, which has earned the place the nickname ‘Dying City’. Despite its grim nickname, thousands of tourists descend on the hilltop palace every year. 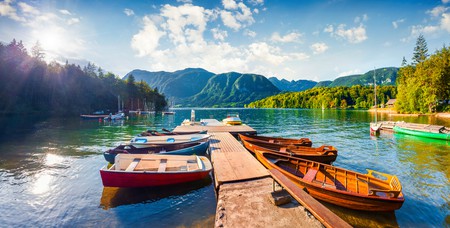 Unique, beautiful and charming in every way imaginable, Bohinj is a wonderfully mysterious and eccentric region of Slovenia. Located in the heart of the breathtaking Julian Alps, Bohinj encompasses the verdant Nomenj valley, the Pokljuka and Jelovica plateaus and the Upper and Lower Bohinj valleys. It’s also home to the largest lake in Slovenia – Lake Bohinj. 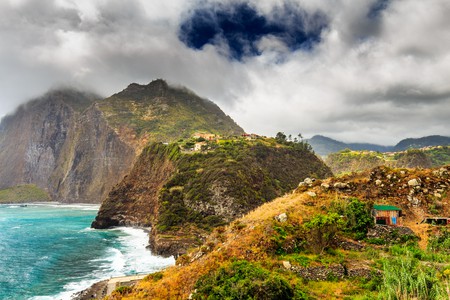 Known in English as ‘the blue island’, Faial Island is part of the Azores, a network of incredible volcanic landmasses in the Atlantic Ocean. Home to 15,000 people, it’s famous for its epic landscapes and cute blue decorated houses. If you need a spot of beach fun, then this is the perfect place for you. 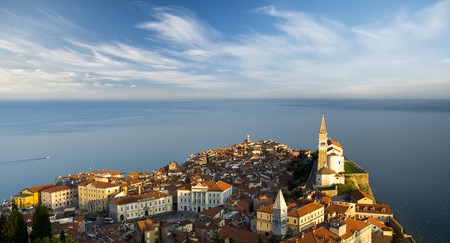 If you’re a budding photographer on the search for your next travel snapshots, look no further than Piran. Arguably one of the most photogenic spots in the whole of the Med, Piran is one of the few European cities that has managed to completely preserve its bewitching charm. Expect rich history and culture, and very, very friendly locals. 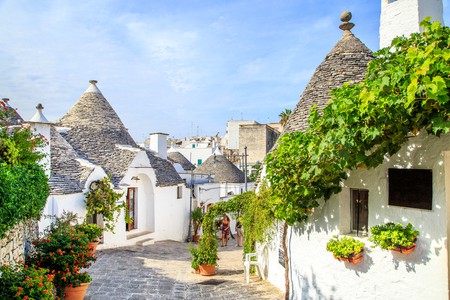 A UNESCO World Heritage Site, Alberobello is known far and wide for its characteristic cone-roofed houses: trulli. The name of the town derives from the Greek word for dome (τρούλος; in Italian, cupola). They are made from limestone rock derived from the plateau of Apulia’s Murge zone. Bet you didn’t know that! 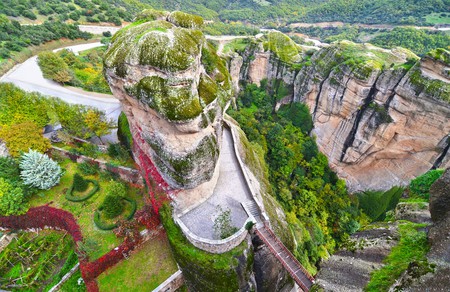 There’s a saying that goes: ‘It feels like you’re walking in the clouds’. Well, Greece took that very literally. The Meteora –translated into English as ‘middle of the sky’, ‘suspended in the air’ or ‘in the heavens above’ – is one of the largest and most important complexes of Eastern Orthodox monasteries in Greece. The six architectural marvels are perched high on top of natural sandstone rock pillars. And yes, it is a UNESCO World Heritage Site. 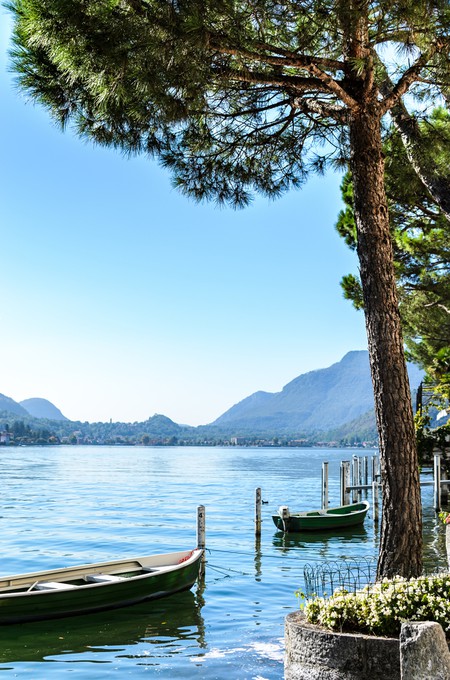 Lugano is fabulous. A town of parks, flowers, villas and unusual buildings, there’s so much to see and do here. A must-try? Rent a boat on the lake for incredible views of the area. It really is the definition of pure relaxation. 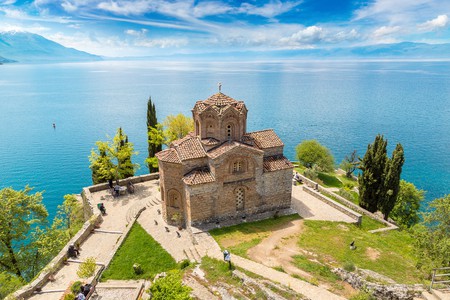 Lake Ohrid is the jewel in Macedonia’s already sparkling crown. Once you’ve snapped the beguiling lake to death, traipse through countless frescoed medieval churches and uncover ancient Roman amphitheatres. Ohrid really does demand a spot on your 2017 bucket list. 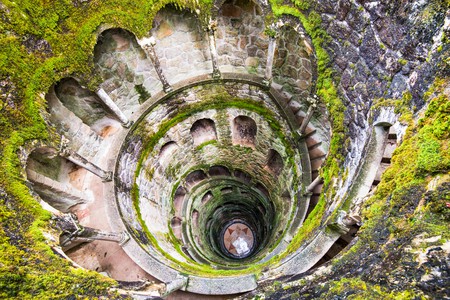 Sintra exudes a romantic aura unlike any other city in Europe. In fact, it’s so lovable that it inspired the works of countless romantic poets and novelists. You could even go so far as to say that it’s the capital of Romanticism – although some may protest. Set between rocky mountains and the glittering sea, get lost in a city that prides itself on history, architecture and extravagant gastronomy. 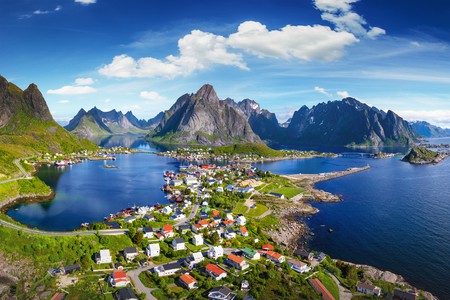 Lofoten is quite simply an archipelago of sheer grandiosity. Located in the picturesque tundras of Norway, you’ll never forget your first approach to the islands. From top to bottom, the islands’ craggy physiques thrust out of the sea as though they were mighty, spiky sea dragons. Dramatic, we know, but the beauty of this landscape is immense. 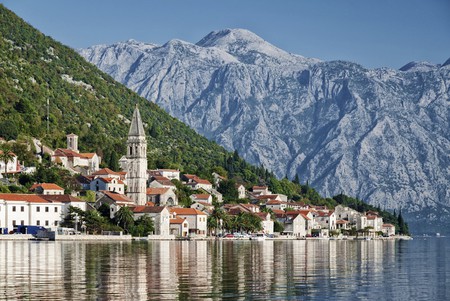 If you manage to survive the walk up the Lovćen (it’s a rather steep mountain) you’ll discover a little place called Kotor – a marvellous oasis of rich culture, fine food, uber-nice people and views for days. Go now. 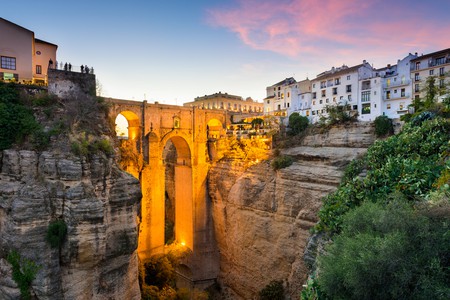 The people of Ronda used to throw women they suspected were witches from the top of its famous bridge, Puente Nuevo. Now it’s just used as a normal pedestrian crossing, thank goodness. A city of dizzying heights and home to Spain’s first bullring, Ronda has been declared an area of Property of Cultural Interest. Several peoples settled here, including the likes of the Celts, Phoenicians, Romans and Arabs. 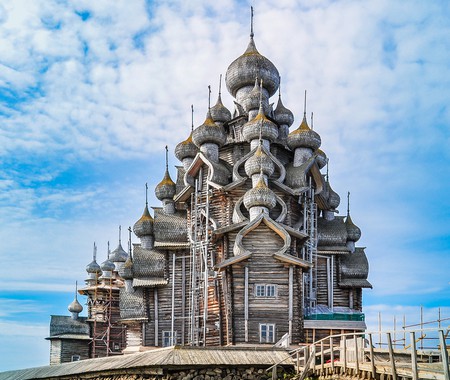 The word enchanting really is dreadfully overused, but this Russian beauty begs exception. Kizhi is by far the most visited of Lake Onega’s 1600-plus islands, thanks to its Transfiguration Church, which looks like it’s been whisked straight out of Harry Potter. Topped with 30 magnificent miniature domes, the church is one of Russia’s most treasured wooden landmarks.

Need more travel inspiration? The No.1 Destination People Want to Visit Before They Die Has Just Been Revealed!