15 Stunning UNESCO Sites You Need to Visit in Europe 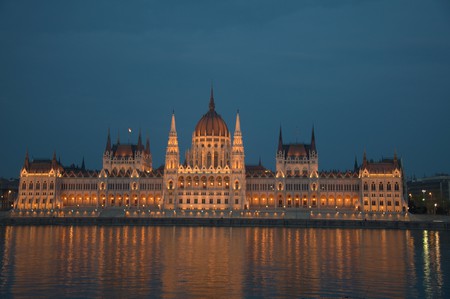 UNESCO is an international body charged with the preservation of some of the world’s most precious historic sites. Here are 15 of the most awe-inspiring UNESCO-listed places in Europe. See them while you still can.

One of the most famous prehistoric sites in the world, Stonehenge is by a ring of standing stones known as menhirs. It has been an important burial site since as early as 3100BC. The formation of the stones is believed to have astrological significance, but is still not completely understood by historians and scientists. 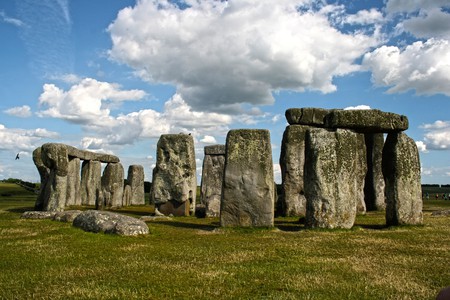 Antoni Gaudí is one of Spain’s most famous architects, and the force behind works such as the Sagrada Família, Casa Batlló and the Park Güell, all of which have been listed as important heritage sites by UNESCO. The Sagrada Família has been under construction since 1882 and is not expected to be completed for at least another 10 years. 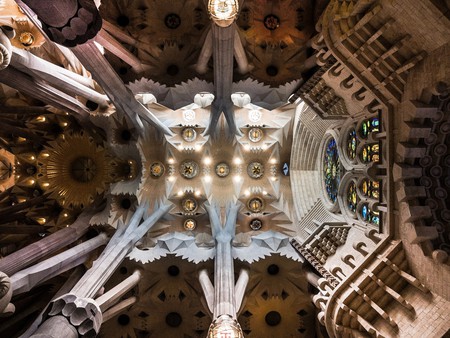 Looking up inside the Sagrada Família | © manolofranco/Pixabay

Once upon a time there were three adjoining cities on either side of the Danube: Buda and Óbuda to the west, and Pest to the East. They were merged in 1873 to form the new capital of the Austro-Hungarian Empire: Budapest. Soon after, construction began on the new House of Parliament, completed in 1904. This magnificent building combines Gothic and Renaissance revival architecture and is the second-tallest building in Budapest. 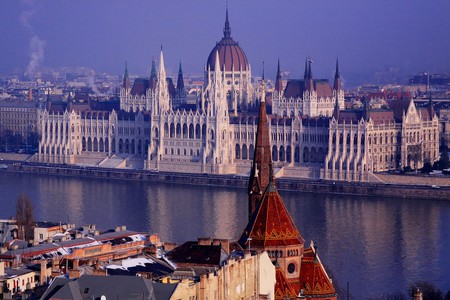 The Hungarian House of Parliament | © NaturesFan

The Alhambra and nearby Albayzín were the rural residences of the emirs who ruled this part of Spain from the 7th century onwards during what is known as the Moorish Conquest. The building’s architecture is a remarkable example of Mudéjar art, blending Arabic styles such as arabesques and calligraphy with traditional Andalusian design. 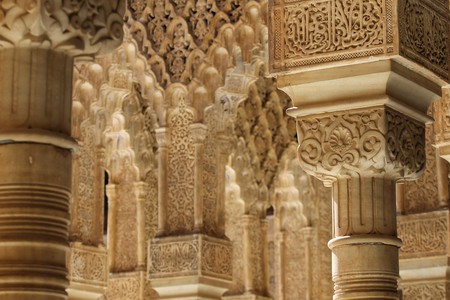 Detail of the Alhambra | © caciaca/Pixabay

This symbolic Danish castle stands proudly on the stretch of water that separates Denmark from Sweden and has long been an important site of conflict and contention between the two nations. For over three centuries Kronborg castle was used to control access to the Baltic Sea and was a significant source of income and power for Denmark. Today this Renaissance building is a reminder of the country’s history and influence in Europe. 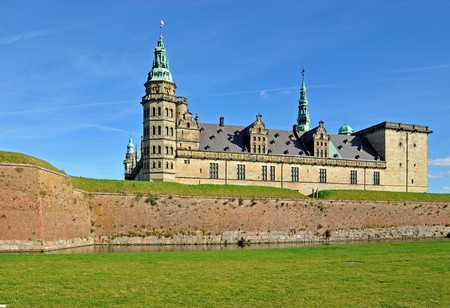 One of the most sacred religious sites in the world, the Vatican City is composed of a number of astounding religious monuments and architectural wonders. St Peter’s Basilica, erected on the site of St Peter’s Tomb, was first founded in the 4th century BC before being reconstructed in the 16th century. The frescos, marble statues and many other intricate details to be found in every corner of the Vatican City make it a truly mesmerising voyage through the heart of Christendom. 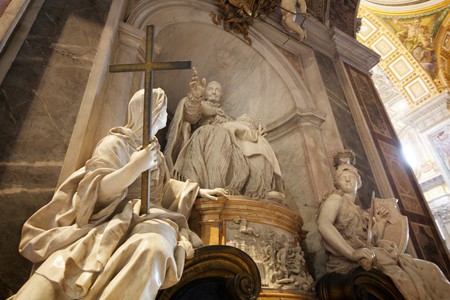 Perched on top of a hill overlooking the city of Athens, the Acropolis and adjoining monuments were built by the Ancient Greeks in the 5th century BC. Today they are symbols of the important legacy of this historic civilisation: the ideals of democracy, philosophy and freedom of thought. 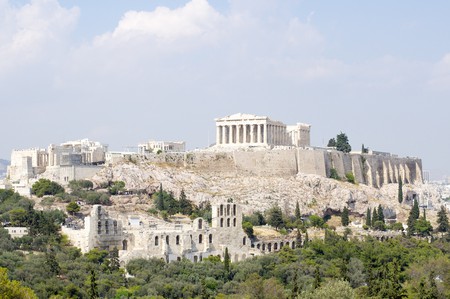 The tide is said to come in at the speed of a galloping horse around the small island on which the Mont-Saint-Michel commune sits, cutting it off from the mainland. The abbey that sits on top of it was constructed in the 12th century by the Duke of Normandy, but the island is said to have been the site of strategic fortifications since at least the 8th century. 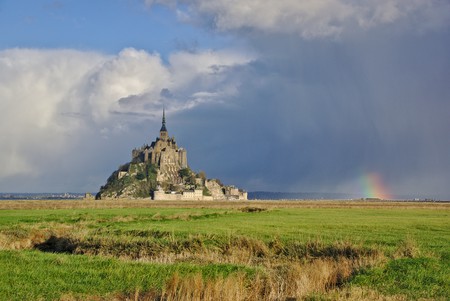 Occasionally referred to as ‘the Venice of the North’, Bruges has long been admired for its superb Gothic architecture and the intricate canal system that runs through the city. Throughout the late Middle Ages and the Renaissance, Bruges was an important centre of culture and art, home to Great Masters such as Jan van Eyck and Hans Memling. 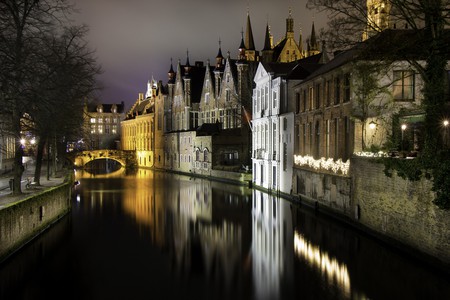 Believed to date back to the 4th century, this beautifully preserved complex of basilica, atrium, baptistery and episcopal palace are together the most outstanding example of their kind still standing today. The Euphrasian Basilica, in particular, is remarkable for its Mediterranean Byzantine architecture, typical of the area at that time. 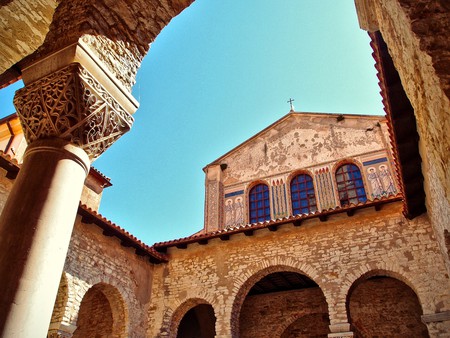 Located on a rocky outstretch of land in the Black Sea, the ancient city of Nessebar has stood its ground for the past 3,000 years. It was inhabited in the 6th century BC by the Greeks, who built an acropolis, agora and walled fortifications there to defend their colony. Later, during the Middle Ages, it became a site of Christian worship and was given a Byzantine church, which is still there today. 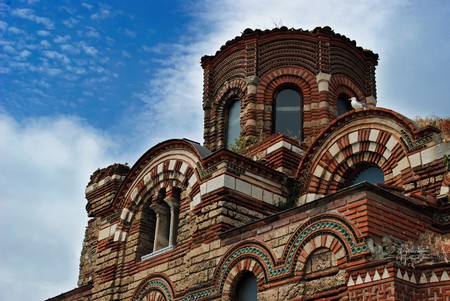 The trulli of Alberobello, Italy

Less grandiose than some of the monuments on this list, the trulli of Alberobello are nonetheless remarkable. These small houses with their conical roofs are made from limestone using a technique that has been in use in Puglia since prehistoric times. Throughout the 18th and 19th centuries they were used as houses by agricultural labourers. 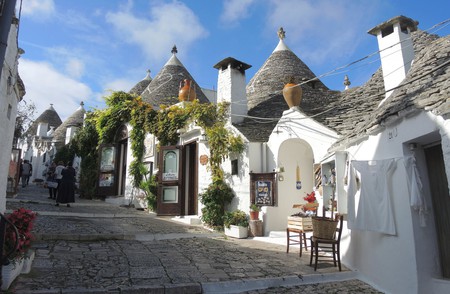 The Trulli of Alberobello | © Güldem Üstün

The largest Gothic cathedral in Northern Europe, Cologne Cathedral was initially constructed between the 13th and 15th centuries, after which it went unfinished for many years, until it was finally completed in 1880. It is remarkable for its size, but also for the ingenuity of its design and the precious artworks it contains, some of them dating back as far as the 10th century. 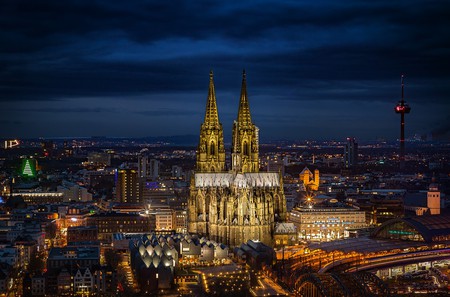 Nestled between two large Mediterranean harbours on the island of Malta, the city of Valletta was created in the 16th century after the Siege of Malta. The Knights of Saint John designed the city’s layout, intended as an embodiment of Renaissance ideals, and today a number of the original buildings and monuments, some 320 in total, are still intact. 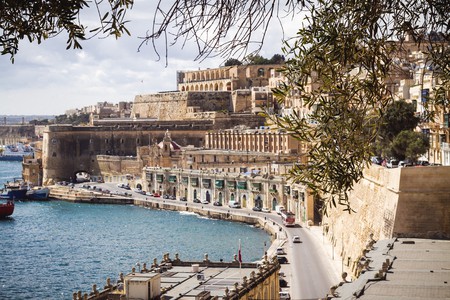 The city of Valetta | © Christian Siedler
Give us feedback