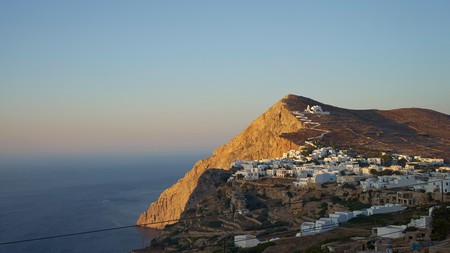 While Bruges and Venice are exemplary of just how picturesque Europe’s villages can be, the experience of these famed destinations does risk getting spoiled by swarms of selfie stick-wielding tourists. Luckily the Old Continent still hides some of its most storybook-like towns in more remote places, from a dreamy Italian beach town once favoured by Hollywood’s elite, to a Danish archipelago where the shaggy sheep population outnumbers the humans two to one.

Though once a thriving trading post, Arnarstapi on the south coast of the Snaefellsness peninsula in the west of Iceland, has shrunk into a small fishing hamlet. Hikers in the know head to the remote settlement at the foot of Mt Stapafell for its glorious natural surroundings, which include impressive columnar basalt ravines. A much-lauded coastal walk between Arnarstapi and another hamlet with bright cottages, Hellnar, leads past a gleaming gletsjer and dried-up lava streams in the strangest shapes. 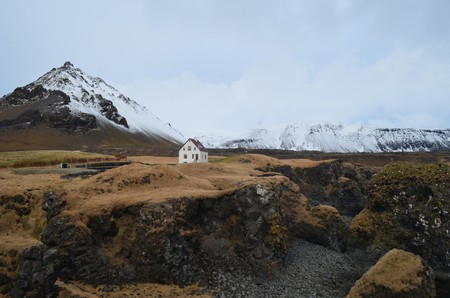 Italy for its part is positively brimming with uncovered gems and Sperlonga, nestled along the oh-so-very blue Tyrrhenian Sea, is one of them. No more than a 90-minute drive from hectic Rome, this town was once the Italian getaway du jour for Hollywood stars in the 1950s and ’60s. Loved by the likes of Marlene Dietrich and Arthur Miller, it is even more of a surprise that its white shuttered houses and meandering walkways aren’t overflowing with selfie stick-armed sightseers today. Instead, a serene composure hangs over the place, as its summer stretches on for a lazy six months and relaxed Romans descend its narrow stairs to the pristine beaches below. 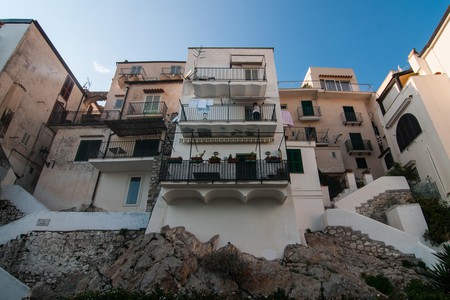 Always overshadowed by its sister Santorini, Folegandros is no less of an Aegean treasure. While more difficult to reach by an infrequent ferry line, the four-hour aquatic journey to the island of just 650 inhabitants is worth it: the view of main town Hora’s typical whitewashed houses perched atop a 200-metre cliff alone has the power to take away any previous annoyance at the journey. By which point you haven’t even tasted a dish of freshly caught octopus in a cosy tavern yet, or found yourself solo on its wondrous white-pebbled beach. 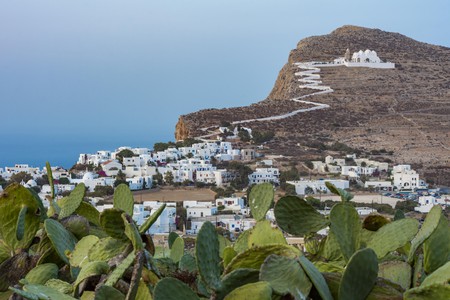 Seaside town Clonakilty, at times adorably shortened to ‘Clon’ by its tight-knit local community, boasts bright houses, wide sand beaches, and a great smattering of Irish hospitality. The latter is felt in the live music pubs, on the quaint main street with its brightly coloured houses and in every serving of the famous Clonakilty black pudding, a local recipe originated in the 1880s that has become known as the best in the land. 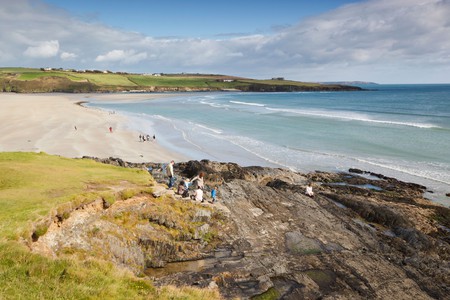 A wooden walkway across the water is all the proof of human life that exists at many of the scenic lakes surrounding the elevated cabin community Kladskà. It’s this way for a lot of the natural wonders enveloping this smattering of wooden lodges; walking trails have been mapped out for hikers to enjoy the Czech Republic’s evergreen forests, its peat bogs and its shimmering bodies of water to the fullest. Knowing that the tiny village was founded as a hunting outpost by none other than Prince Schönburg-Waldenburg himself and that the coldest periods find the lodges topped by several feet of snow, few idyllic settings compare. 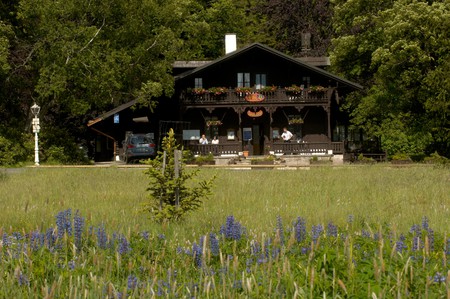 As Portugal’s ‘Eagles Nest’, the hilltop village of Marvão grants spectacular sights of both the country’s Serra de Estrella mountains and of Spain, whose border is only 15 kilometres further east. Sleepy Marvão’s biggest asset is its 13th-century granite castle. Time your climb up there so you can take in the town’s quaint tiled roofs and the quiet Alentejo countryside around sunset. 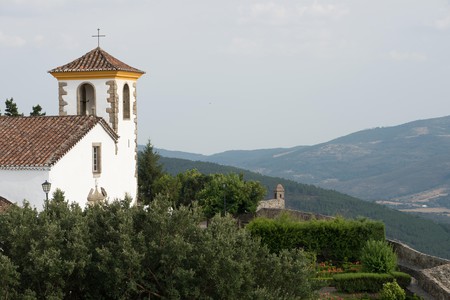 Frozen in time on the western Island Muhu in Estonia is Koguva. Its cane-roofed houses from the 18th- and 19th-centuries, wooden carts, and ancient windmills that make up this forlorn village, form a remarkable ensemble. The entire town stands as a witnesses of an era long gone, and no more than about 20 inhabitants are intent on keeping up the hamlet’s ancient rural ways. 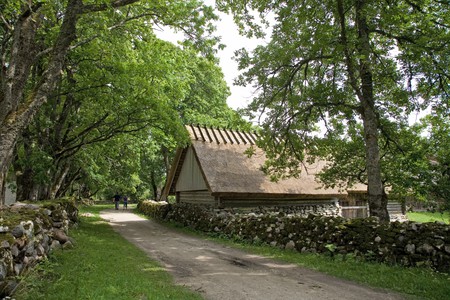 Croatia’s shimmering turquoise waters and picturesque coastal towns have charmed sun-craving travellers from all around the globe. Fortunately for the crowd-shy, there are still some secret nooks left in this Mediterranean gem – the tiny Lastovo town for example, the second most remote island off the Croatian shore. An orange-hued delight housing no more than 800 people, you’ll find nary a tourist here. Best or worst of all (depending on your personal level of social media addiction), there’s no WiFi. Instead, indulge in tasty local wines, one-on-one spear-fishing lessons and hikes across an untamed island that’s been declared a Nature Park in its entirety. 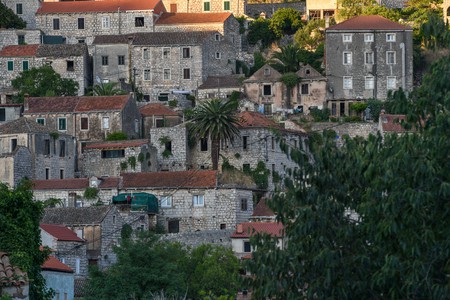 Though tourism has increased since an inventive local woman strapped 360-degree cameras to her sheep to finally create Google Street View for the remote archipelago (a project also lovingly called Sheep View), the Faroe Islands remain a beacon for seekers of peace, quiet and natural splendour. Not so much a town as a tiny country within the kingdom of Denmark, you’d really have to work hard to spot another tourist on a couple of these 18 islands floating between Iceland and Norway. Breathtaking hikes across dizzying cliffs and lush green pastures with almost no other human in sight would almost have you believe these self-governed islands were ruled by its large population of sheep rather than people (who find themselves outnumbered two to one). 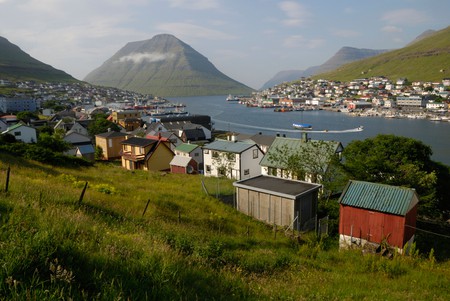 Not even present on some maps, Viscri lies deep in the Romanian heartland. Nowhere are ancient Saxon traditions and customs as alive as in this early medieval hamlet with its unpaved roads, blacksmiths, and horse-drawn carts. Star of the show is the fortified Gothic church (the oldest in all of Transylvania) with a folklore museum nestled in one of its towers. The entire village has been listed as a UNESCO World Heritage site, and some of the villagers have transformed their homestead into welcoming guest houses, where a home-cooked meal is part of the nostalgia-rich package. 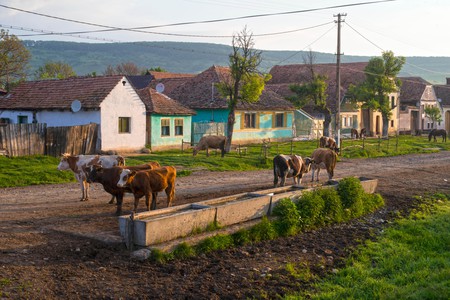 Another Adriatic pearl would be Montenegro’s Kotor, a hard-to-reach vision amidst rugged limestone peaks. This maze-like harbour town is overflowing with character, medieval stairs and fortifications spliced into the mountains that surround it, and many lazily snoozing cats that are honoured in their very own museum. 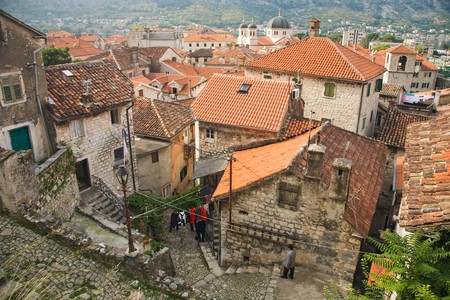 In Lavenham in scenic Suffolk, lopsided half-timbered houses lean against each other for balance. The crooked homesteads add a dash of whimsy to the medieval English town. What was once the epicentre of the country’s wool trade in Tudor times is now a sleepy abode with age-old pubs and cosy boutique hotels, making it an excellent home base for exploring the British countryside. Holding onto the settlement’s woolly past, a couple of artisan clothing shops also make Lavenham the place to stock up on hand-knitted garments for when sweater weather arrives. 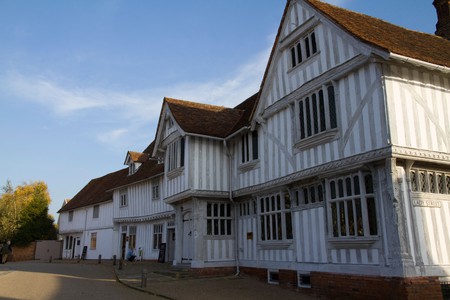 If you’re up for some French Renaissance opulence, but the sheer human mass trampling through Versailles every day is too intimidating, a more breathable alternative can be found south of Paris. Dominating the elegant town of Fontainebleau is the Château de Fontainebleau, a breathtaking, 1,900-room castle older than Versailles by five centuries. Renovated and remodelled in the 16th century, the tapestries, ceiling frescoes and general lush settings are the same, only ten times less crowded. The village is nestled against the Fôret de Fontainebleau, a favoured hunting ground of the French aristocracy, and a stroll around the peacock-filled gardens means a serious breath of fresh air outside of the metropolis. 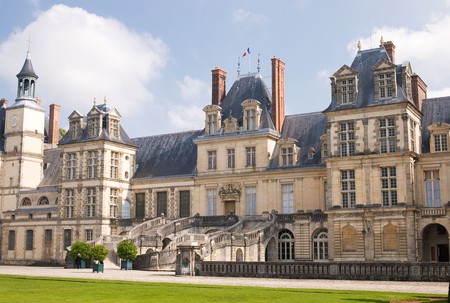 Looking out the window of the bright red Appenzeller Bahnen train, chugging its way through the Swiss countryside, you’d almost expect The Sound of Music’s Maria to wander on by and break into song. Your destination, Appenzell, continues the sense of a peaceful, alpine existence untouched by modern life. Car-free, with pretty winding lanes, quintessentially Swiss chalets and cows walking along the street, this town is all about tradition. Think a ‘cattle descent’ in autumn with locals in traditional get-ups, haunting yodels and an annual referendum for which inhabitants gather in the main square and vote on political issues by a show of hands. 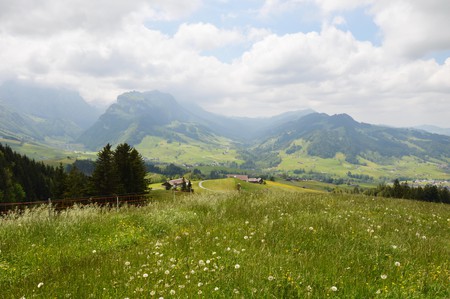 Though fairly isolated in the mountainous terrain of east-central Spain, it’s still remarkable that the name Cuenca doesn’t ring many bells. Mention its hanging houses (casas colgadas), and a few more visual memories might be jogged; Cuenca’s premier distinguisher is its smattering of multi-tiered, balconied houses, teetering precipitously over the plunging Huécar abyss. It’s a sensational sight, and the old town further endears with overall terracotta charm and a surprisingly lively cultural scene. 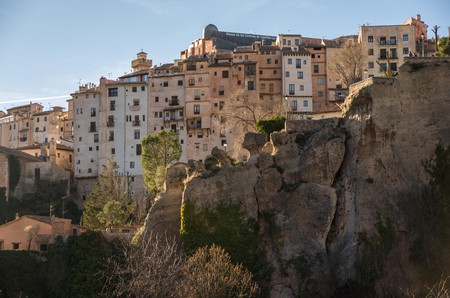