15 Perfect Winter Wonderlands From Around the World 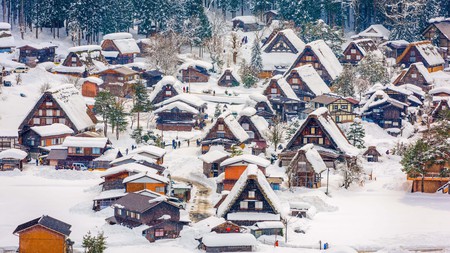 Winter celebrations brighten up the darkest months of the year all over the world, and some locations are particularly picturesque during this time. From Amsterdam to Queenstown, here’s a collection of our favourite escapes that are popular with both domestic and international travellers.

Bavaria’s capital enjoys four glorious seasons, giving travellers who need any excuse to return at least three good reasons. Winter is especially enjoyable in Munich, as centuries-old traditions are played out across the city. The Christkrindlmarkt in Munich’s Marienplatz is the place to go for handcrafted mugs filled with steaming mulled wine, elaborate gingerbread houses and artisanal children’s toys carved from wood. 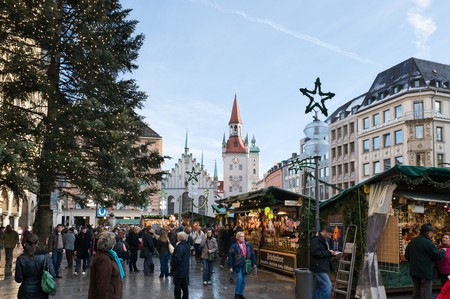 The village of Shirakawa, in the Gifu prefecture of Japan, has been declared a Unesco World Heritage site, in part for the traditional architecture of its houses. The minka building style includes vertiginous thatched roofs, which prevent collapse in the event of heavy snowfall during winter. Shirakawa has some of the heaviest snowfall in the world, with an annual average of more than 30ft (9.1m). 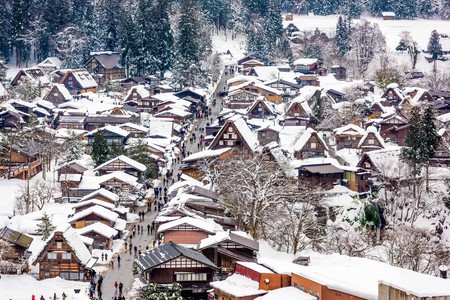 St Petersburg in Russia doesn’t need the help of the elements to make it worth a visit. Home to the Mariinsky Theatre, the Saint Petersburg Philharmonia and countless other cultural gems, the city is fantastic all year round. In the winter months, the St Petersburg takes on a frosted beauty and bustles with seasonal events. Orthodox Christmas is celebrated on 6 January and is a time for gathering with family and friends. 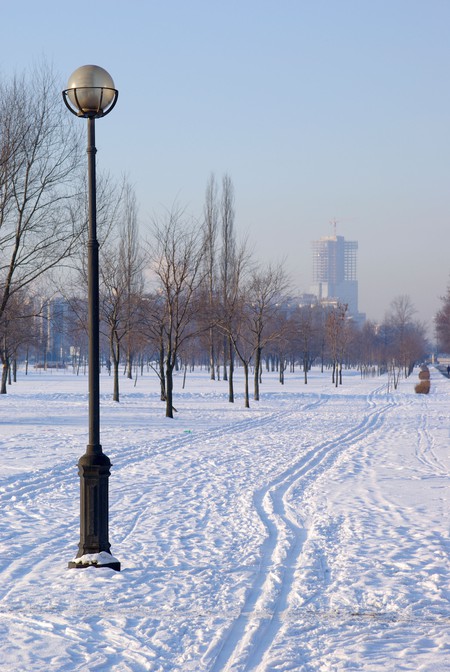 Harbin is known as the coldest among China’s major cities and it has embraced its moniker of Ice City with gusto. Every year it plays host to the Harbin International Ice and Snow Sculpture Festival, the largest snow festival in the world. The festival is spread over two areas on either side of the Songhua River, from which giant blocks of ice are taken to be used as sculptures. 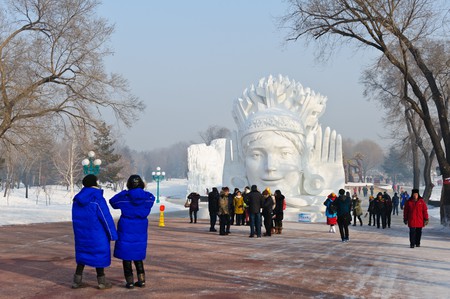 Kitzbühel is a medieval town that’s world famous as a ski resort. It also has miles of flat plains around the town, so it’s an Alpine paradise during the winter months with lots of cross-country skiing terrain. Just over an hour from Innsbruck, the state capital of Tyrol, Kitzbühel draws visitors for the beauty of its snowy streets and the quality of its Christmas market. 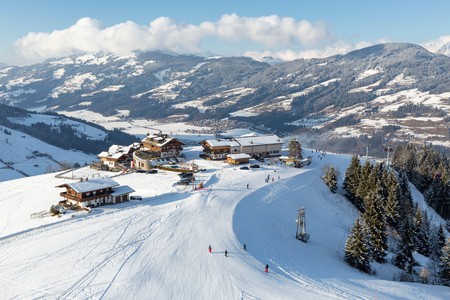 The slopes at Kirchberg in Tirol, part of the Kitzbuhel ski area in Austria | © Anthony Brown / Alamy Stock Photo

To truly witness the changing of the seasons, little beats a visit to a national park blanketed in snow. The Yosemite National Park is one of those magical places and is the perfect spot for cross-country skiing and snowshoeing. Visitors can stay in the Yosemite Valley or in the huts that have not been cut off by the snowfall across the vast national park. More than the shifts in meteorology, it is the seasonal changes in the flora and fauna that exert its pull on winter visitors.

The Alcázar de Segovia in Central Spain has at one time been a fortress, a royal palace and a prison. It is also said to have been the inspiration for Walt Disney’s Cinderella Castle, but fortunately for the public, in its current incarnation, it is a museum open to all. Designed to mimic the bows of the ship, the Alcázar is striking all year long. Come winter and come snow, however, and it turns into the fairytale castle it inspired.

Dating back to the 13th century, Český Krumlov is in South Bohemia, in the Czech Republic. The castle, one of the largest in the country, and old town are a Unesco World Heritage site. Beyond the delights of the city, which include the castle’s baroque theatre and a traditional brewery, Český Krumlov is only a short distance from the Šumava National Park, which is always a delight in winter. 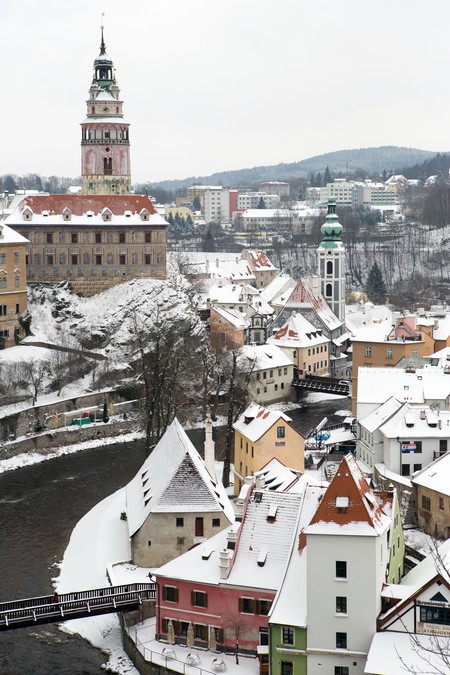 Milan, home to the Pinacoteca di Brera art gallery, La Scala opera house and a host of famous restaurants, takes on a special air in the winter months. Cultural events are in full swing, with performances of The Nutcracker and Fidelio at the opera house. When the snow does start to fall in the Piazza Duomo on the Milan Cathedral, the picture-perfect winter wonderland is complete. 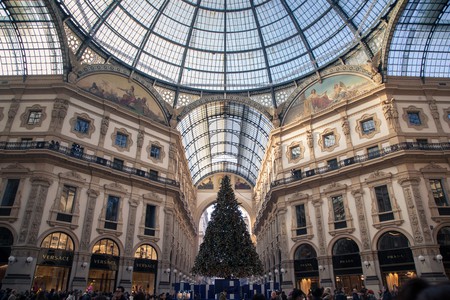 Milan is particularly resplendent during the winter | © Paii VeGa / Shutterstock

The old town of Salzburg is forever resplendent with baroque architecture, and in the winter months it only becomes all the more striking when dusted with a layer of Alpine snow. The birthplace of Mozart and a long-time entry point into the Alps for winter sports enthusiasts, a stay in Salzburg is a feast for all the senses. There is little better in terms of warming winter food than the Austrian version of pancakes, Kaiserschmarrn, especially when washed down with a Viennese hot chocolate. 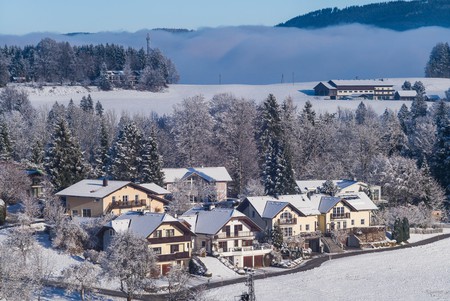 A walk to the edge of the Slovenian town of Bled will bring you to a glacial lake, out of the middle of which rises an island. On Bled Island stands a 17th-century church filled with gothic frescoes. Towering above the town on one side of the lake looms Bled Castle, a Medieval structure and one of the oldest castles in Slovenia. It is to these striking surroundings that winter brings its annual snowfall, serving only to add to the chilling beauty of the place. 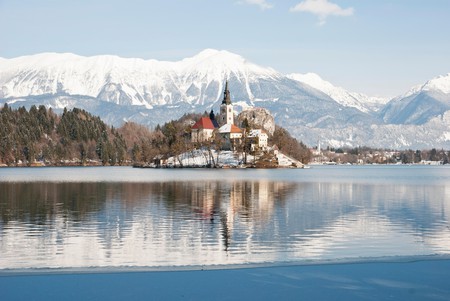 Aachen has long been famous for its thermal springs, but in the winter months, it is for the Christmas market that outsiders flock to the west German city. Snow-covered cobbled streets lined with houses harking back to Medieval times are enough to put anyone in the festive spirit, but, as if that wasn’t enough, the townsfolk of Aachen have their own distinct recipe for the German Christmas treat, lebkuchen. 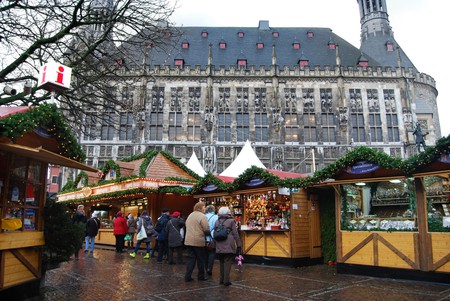 The mountain range behind the town of Queenstown is known as the Remarkables, and most days the mountains look as if they were placed there for a film set. A winter festival is held every year, usually in late June, and features music, dances and snow-centric activities. Queenstown is a vibrant city full of culture and the perfect place to visit for those who start pining after winter in the height of a northern hemisphere summer. 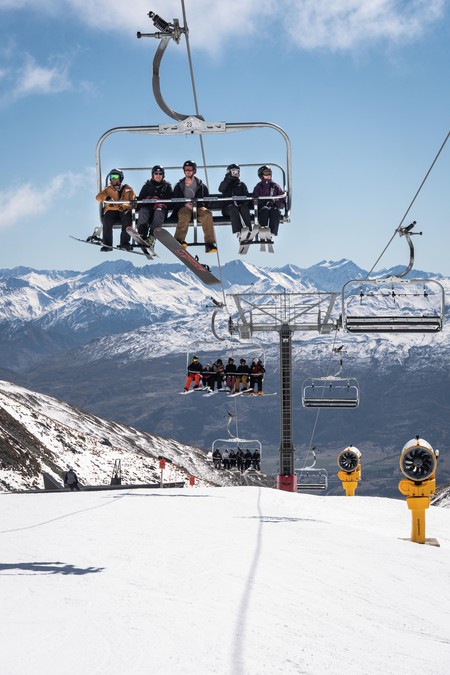 In winter, banks of snow can line the canals of Amsterdam’s main thoroughfares and add another layer of wonder to an already beautiful city. Winter events abound in the Dutch capital, with ice-skating rinks being set up, seasonal lights illuminating the city center and various cultural shows taking place, from musicals to theatre, to the annual street parade. The 15th-century weigh house, the Waag, is always worth a visit around this time of year. 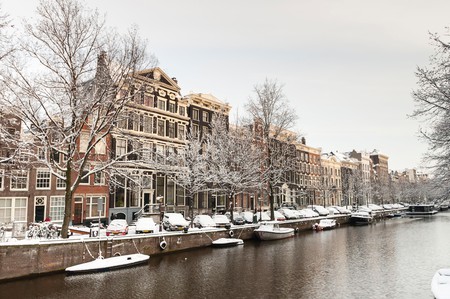 Amsterdam, in the Netherlands, is even prettier covered in snow | © blickwinkel / Alamy Stock Photo

The city of Quebec has put on the Quebec Winter Carnival for over half a century. In a bid to stave off the gloom associated with long, hard winters, the festival promoters put on cultural events that include ice sculpting, masked balls and canoe races. The festival is now visited by more than one million people annually and features art installations, ice caverns and concerts. 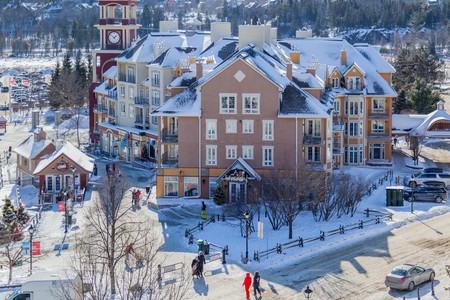