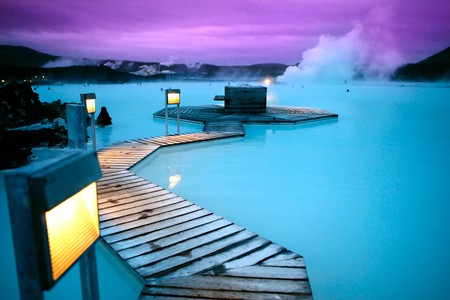 In need of some rest and relaxation? We can’t blame you. Whether it’s the post-holiday blues or the grim weather, the start of any year tends to be a bit of a challenge. But fear not. We’ve got just the thing to get you through. 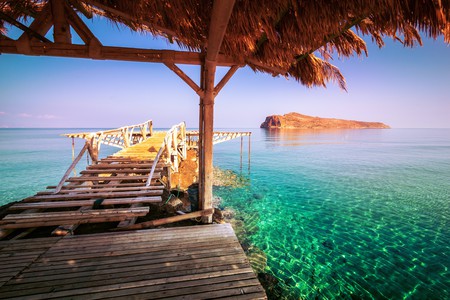 The Jetty and Island at Agias Marina near Platanias, Chania, Crete, Greece

Treat yourself to a relaxing spa break in a fantastic European destination to recharge the batteries and give yourself a much-needed new-year energy boost. And what’s better than a spa break that offers treatments using organic ingredients? Your body is a temple, after all!

Here are 15 of the best organic spa cities in Europe in map form. 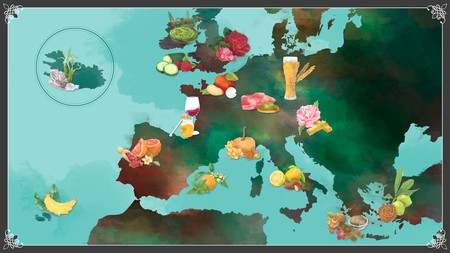 Let’s take a closer look at the cities and some of the places you can visit while there. 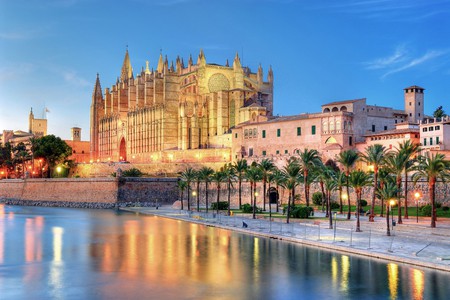 It’s got a bit of a reputation as a party place, but there’s more to Mallorca than meets the eye. Scratch beneath the surface and you’ll find one of Expedia’s best organic spa destinations in Europe, a treasure trove of tucked-away retreats surrounded by amazing Spanish scenery. One of the best is Son Brull – a former monastery. Today it’s a luxury hotel and spa in the foothills of the stunning Tramuntana Mountains. Head here for some much needed R&R (mint and orange blossom treatments, anyone?) before visiting nearby Pollenca for a stroll along its cobbled streets. 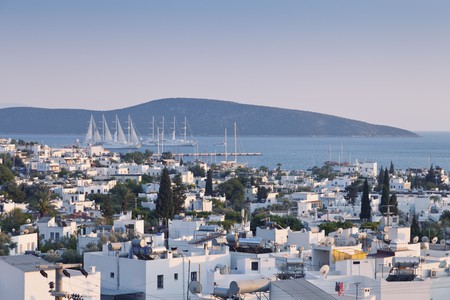 Turkey’s rebirth as a quality travel destination is thanks in some part to its wide variety of luxury spas – and Bodrum and its environs is really where it’s at. Drawing on the world-famous Turkish bath, the ultimate spa destination is undoubtedly the Mandarin Oriental, where you’ll enjoy access to two private beaches, a range of first-class restaurants and a world-class spa. Put your feet up and immerse yourself in an oriental treatment as you stare in amazement at the Aegean Sea… 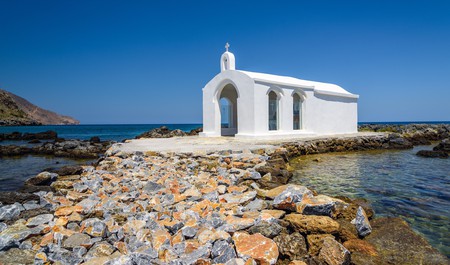 The birthplace of Western philosophy is a true treat for mind, body and soul. The largest of all the Greek islands, Crete is known for its unusual landscapes and fantastic culture. It’s also a place where you can pamper to your heart’s content. Book a cheap flight and book yourself into the Six Senses Spa in the small town of Elounda, on Crete’s northern coast. This spa is known for its natural treatments – coriander, cinnamon and walnut – all locally sourced, naturally. 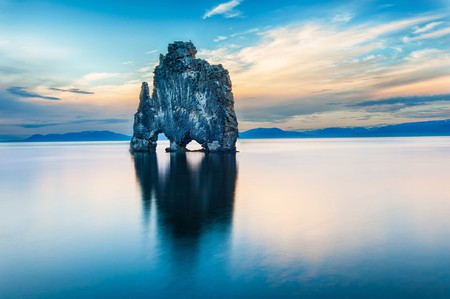 Hvitserkur is a spectacular rock in the sea on the Northern coast of Iceland. Legends say it is a petrified troll. On this photo Hvitserkur reflects in the sea water after the midnight sunset.; Shutterstock ID 141023806

Lagoons, hot springs and thermal spas: is Iceland the most naturally equipped spa destination in the world? Grindavik, a quaint fishing town in the south of Iceland, is one of the country’s best spa destinations, although – spoiler alert – its flagship resort, the Blue Lagoon Spa, is actually man-made! But that doesn’t make it any less appealing. Head to the Lagoon for its silica mud mask treatment… it’ll leave you relaxed, refreshed and ready to take on the world. 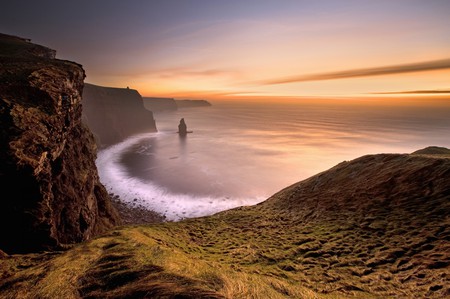 Ireland’s mix of rugged beauty and natural charm has to be seen to be believed. Perhaps nowhere is its unique landscape best exemplified than in County Mayo, all immense charm and breathtaking scenery. Don’t shout about it, but Ireland is something of a spa destination par excellence. It’s at the Ice House Hotel in Ballina that one of the Ireland’s greatest exports – seaweed – is put to good use in one of the resort’s hydrating and healing treatments. As Mayo’s largest town, there’s also plenty to explore in Ballina, including great bars, restaurants and quayside walks. 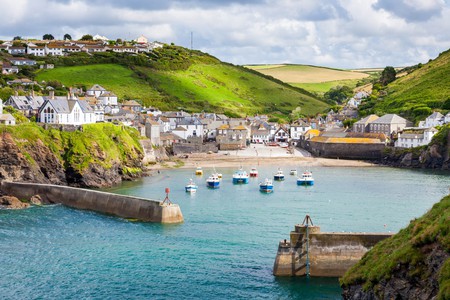 Newquay was once known as a party town, attracting more than its fair share of hen and stag dos. But it’s shaking off its slightly shady reputation and is increasingly known for its spa retreats. This being Newquay, things have a bit of an eco twist around here, with The Scarlet Hotel Spa – one of the best spa destinations in Cornwall – being a fully-fledged eco retreat. Its swimming pool is 100% free of chemicals and is cleaned by reeds. 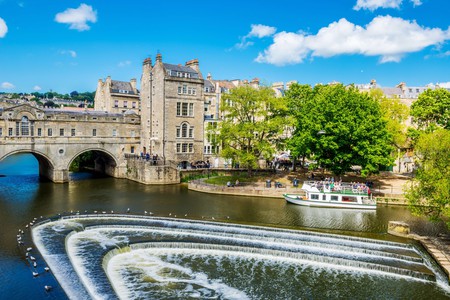 Some places can claim to have been home to spas for hundreds of years, but Bath trumps the lot. Archaeological evidence suggests that there was human activity around the hot springs on which Bath is built from 8,000 BC! A bona-fide world heritage spa city, Bath’s natural spas have borne a fully-fledged organic spa industry that attracts visitors from all corners of the globe. The Thermae Bath Spa is Britain’s original natural thermal spa, and treatments use organic ingredients including locally sourced rose and geranium. 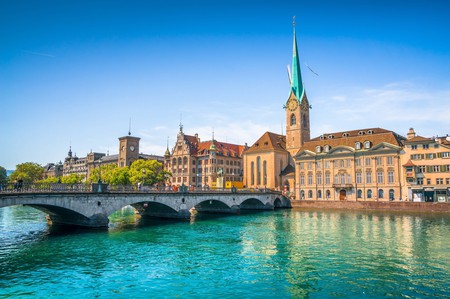 The historic city of Zurich and the river Limmat, Switzerland | © canadastock / Shutterstock

The mountain village of Vals – just a short drive from Zurich – is a great place for the outdoorsy among you. From hiking to biking, fishing to mineral hunting – oh, and skiing of course – there’s something here for even the most active of adventurers. Take a wander among Val’s stunning mountains and you’ll eventually stumble across 7132 Thermal Spa, which has springs dating back to the Bronze Age. Here 60,000 slabs of quartzite make up the healing qualities of the baths, with treatments on offer including foot massages and full-body exfoliation. 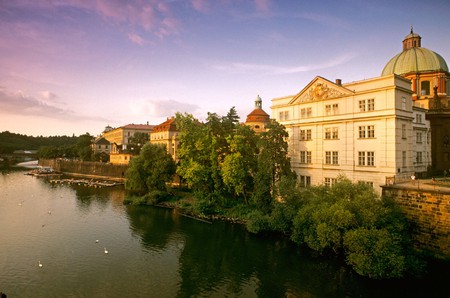 Ever heard of a beer spa? Guests are invited to immerse their bodies in beer in an ever-so-literal way. Yes, it is genuinely a thing, and it’s no surprise that it’s especially popular in Prague, where visitors often enjoy a drink or two. We like Bernard Beer Spa, which has a halotherapy salt cave (great for the immune system, energy and overall wellbeing). Hops are rich in vitamin B and antioxidants and are great for producing smooth, clean skin while getting rid of those pesky dead skin cells. 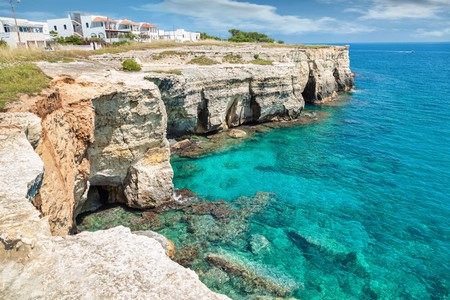 Looking for old-world Italian charm? Puglia is the gem in Southern Italy’s crown and is fast becoming the country’s must-visit place – so get here now before the hordes arrive. Pastoral farmland and a picture-postcard coast make Puglia one of Italy’s most up-and-coming regions. It’s also a fantastic spa destination in its own right. Head to the Borgo Egnazia Hotel for traditional Puglian architecture and contemporary design. A spa retreat like no other, this imitation citadel has an 1,800-square-metre wellness centre, as well as tennis courts, swimming pools and Arabic-themed gardens… 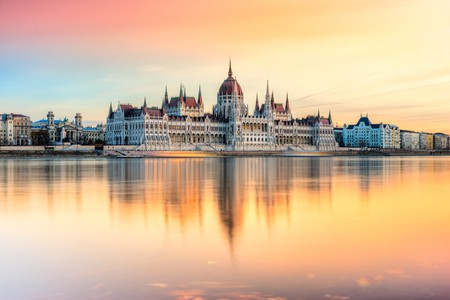 Budapest is known as the International Spa City, so its spa operators must be doing something right! Spa resorts here specialise in traditional Hungarian treatments and ingredients, including Moor mud that detoxifies and rebalances the skin and sugar scrubs packed with ylang-ylang oil. By virtue of its location, Budapest is one of the best natural spa resorts in the world: it’s on the Carpathian Basin and the crust of the earth is thinner here, allowing for more mineral-rich water. 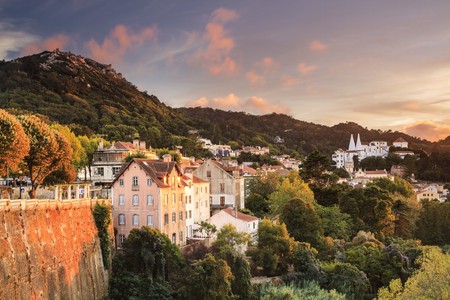 A city worth visiting in its own right, Lisbon is emerging as one of Europe’s best spa experiences. Here resorts offer a number of domestic treatments, including massages and scrubs infused with coffee, horse chestnut and pink clay. Top of your list should be L’AND Vineyards, a spa resort in Alentejo, close to Lisbon. A natural stone and wood spa with indoor heated pool and sauna make it the perfect place to relax. 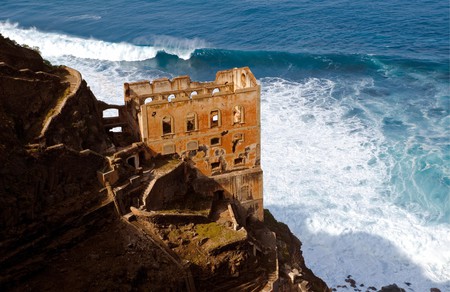 View of the old and abandoned ruin Casa Hamilton in Los Realejos in Tenerife close by the sea ; Shutterstock ID 398333308

The Spanish island is another destination unfairly tagged as a ‘party destination’. In fact, it’s a place of stunning scenery, fabulous architecture, great culture, buzzing bars and fantastic spas. The pick of the bunch (and it’s a large bunch) is the Nammu Spa, all 2,500 square metres of holistic spa-ness that will improve and soothe body, mind and soul. Comprising three thermal circuits, 16 treatment cabins and a whole lot more. Why not treat yourself to a banana face mask, which uses fruit plucked right from the spa’s tropical gardens? 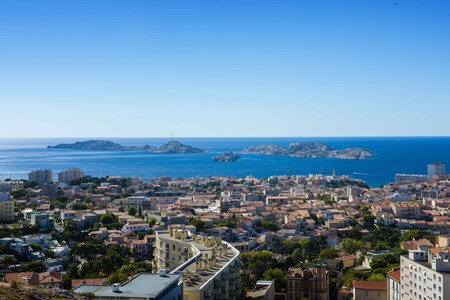 It’s known as a wine destination, but Bordeaux should also be celebrated for its spa retreats. Blend both with a visit to what is thought to be the world’s first and only vinotherapy spa: Les Sources de Caudalie. Here you can enjoy quality wine and luxurious spa treatments, all centred around the site’s hot spring, 500 metres under the earth. Think wine and spa treatments can’t mix? Think again. Caudalie specialises in a crushed Cabernet scrub – it’s packed with grape pip, thought to be great for countering skin damage caused by pollutants. 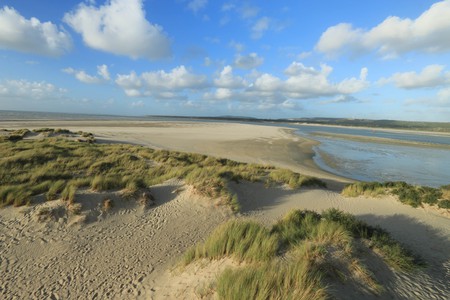 Normandy is another place that should be better known for its spa breaks. Tucked away in Honfleur, a port city in Normandy, is La Ferme Saint Simeon Hotel Spa, which was once frequented by impressionist artists. Drawing on the natural, in-season produce of the region, visitors to the Ferme are treated to organic beauty treatments inspired by the natural world: ingredients including poppies, cereals, raspberries, honey and pearls are combined to produce treatments that will stir – and soothe – your senses.