13 Stunning Artworks Stolen by the Nazis

The Nazis are counted as among the biggest art thieves in history. They confiscated from their own citizens, plundered galleries in occupied countries, and ended up looting over 20 percent of Europe’s artwork. Leading dealers were enlisted in a Nazi organisation known as the Einsatzstab Reichsleiter Rosenberg, which was established to loot museum collections and ship the contents back to Germany. Some pieces remain missing, though most has been recovered thanks to organisations like the Commission for Looted Art in Europe. 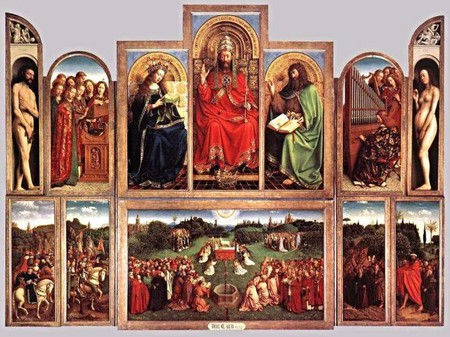 The Ghent Altarpiece has been described as the most stolen and coveted piece of art in history. The early 15th century Flemish polyptych panel painted by Hubert and Jan van Eyck was one of the first created using oils rather than tempera. Napoleon took it to France and the Germans stole it during World War One. In 1934 panels were stolen that remain lost. Hitler wanted the altarpiece for the Führermuseum project in Linz and Goering for his Carinhall estate. Goering got his hands on it first, before Hitler had the altarpiece installed at Neuschwanstein in Bavaria then stored in the Altaussee Salt Mines in the Austrian Alps from where it was recovered by the Monuments Men.

Raphael, Portrait of a Young Man 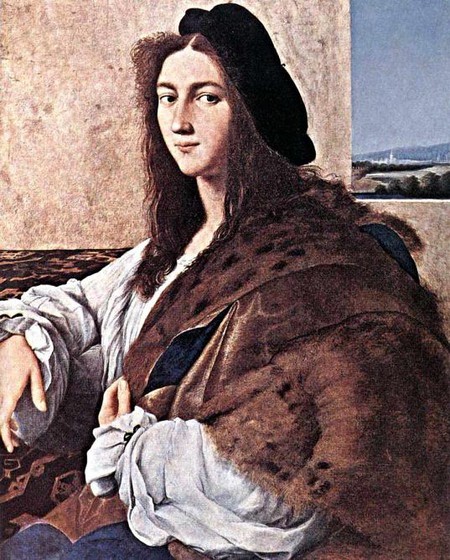 The Portrait of a Young Man is believed to be a self-portrait by Raphael, finished in 1514. It was brought to Krakow by Prince Adam Jerzy Czartoryski in 1798 from Italy and placed in the Czartoryski Museum. Hidden at the start of the German invasion with the rest of the museum’s works, the Gestapo quickly discovered the stash and confiscated the Czartoryski collection. The Portrait ended up hanging in the office of Hans Frank, the Governor-General of Poland after being sent between Berlin ready for display in the Führermuseum and Frank’s office in Krakow repeatedly. In 1945 it was in Frank’s hands and is believed to have been with him as he fled the Soviets. But to this day the Portrait remains missing. 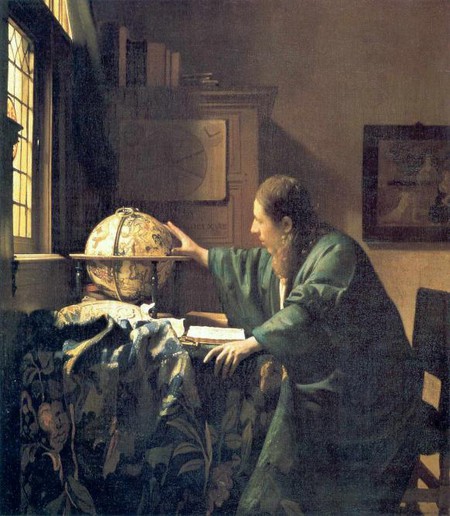 One of the finest works of the great Dutch master Vermeer, The Astronomer has been hanging peacefully in the Louvre since 1983. Before then it was owned by the French branch of the Rothschild family and was amongst the 19 crates of artworks seized by the ERR from the Rothschilds following the invasion of France. Sent to the Jeu de Paume in Paris used by the Nazis as a storage house before works were sent on to Goering or Hitler, The Astronomer ended up being stored in the Altaussee before it was restored to the Rothschilds at the end of the war. In total the Allies recovered over 6,600 paintings from the Salt Mines.

The Amber Room was a Baroque chamber decorated with amber panels, gold leaf and mirrors and originally installed in the Berlin City Palace. It was gifted to the Tsars by the Prussian royal family in 1716 and set up in the Catherine Palace in St Petersburg. When the Germans took the city in 1941 it took them only 36 hours to disassemble the Room despite being hidden behind wallpaper. The Nazis took it to Königsberg Castle. After that things get a bit hazy. It’s possible the Room was destroyed in Allied bombing raids in 1944 or when the Soviets took the city in 1945. But there’s been speculation that the so-called Nazi gold train found in Poland in 2015 would hold the Amber Room. 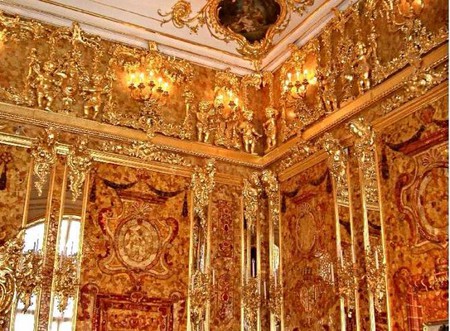 (c) By jeanyfan (Own work) [Public domain], via Wikimedia Commons

The Madonna of Bruges was the only work of Michelangelo to leave Italy during the lifetime of the artist. The sculpture of the Virgin and the infant Christ was made between 1501 and 1504 and brought to Bruges by leading merchants from the city. In September 1944 as the German forces were in retreat from Belgium and the Netherlands the sculpture was smuggled back to Germany in a Red Cross truck. It was found in the Altaussee in 1945 and restored to its place in the Church of Our Lady in Bruges by the Monuments Men. 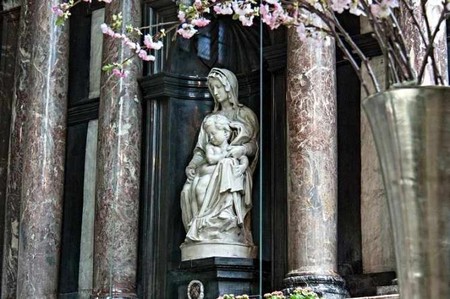 Klimt painted Adele Bloch-Bauer, the wife of the Austrian industrialist Ferdinand Bloch-Bauer, twice. His first portrait, of 1907, was perhaps the finest example of Klimt’s golden period, a classic of the Viennese Jugendstil style. In 1938 with the Anschluss between Germany and Austria Ferdinand fled leaving behind his art collection. It was looted by the Nazis and the works sold off. The Portrait of Adele Bloch-Bauer was bought by the Austrian State Gallery, and recently was the subject of the 2015 film The Woman in Gold, following the attempts of the niece of Bloch-Bauer to regain the painting.

El Greco, Portrait of a Gentleman 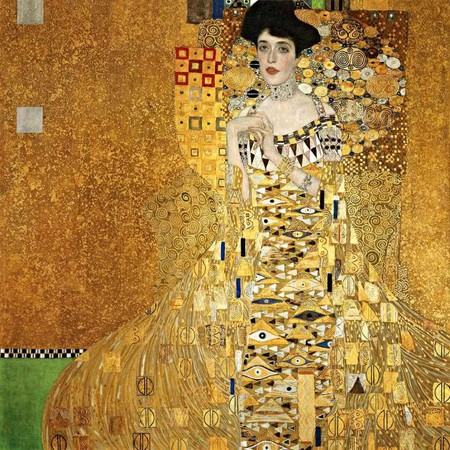 This one was in the news earlier this year. The Commission for Looted Art in Europe recovered the El Greco and restored it to its owners, just one of the 3,500 works handed back since the establishment of the Commission in 1999. The Portrait was part of the collection of the Jewish industrialist Julius Priester seized by the Gestapo in 1944. After a 70 year search to find the collection the El Greco was handed back to the Priester family in 2015. It had turned up in New York in 1952 and went through the hands of several dealers before surfacing in New York again in 2014.

Van Gogh, Portrait on the Road to Tarascon 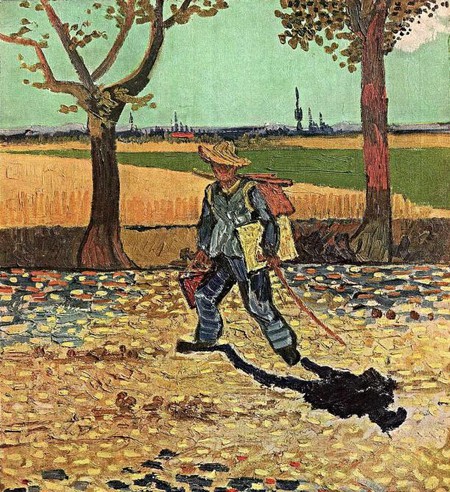 The details are a bit sketchy on van Gogh’s 1888 Portrait on the Road to Tarascon, a self-portrait of the artist on the road to the Provencal town with a strange shadow walking beside him. In the 1950s Francis Bacon took inspiration from the painting for a series of works, having only ever seen reproductions of the original. We know van Gogh’s work was confiscated by the Nazis and sent to be housed in Magdeburg where it’s believed to have been destroyed by an Allied bombing raid, but nothing is documented about the fate of the picture.

The German-Jewish painter Max Liebermann painted two versions of Two Riders on the Beach, one of the finest of German Impressionist works. One version, the one pictured, went to a collection in New York. The other went to the Jewish industrialist David Friedmann from whom it was stolen following the Kristallnacht pogroms of 1938. It passed to the art dealer Hildebrand Gurlitt who worked on the collection for the Führermuseum. The Allies allowed him to keep the painting after the war. In 2012 his son Cornelius Gurlitt was discovered to be have over 1,200 works in his Munich apartment including pictures by Chagall, Dix, Matisse and the Liebermann. It fetched £1.86 million at Sotheby’s in 2015. 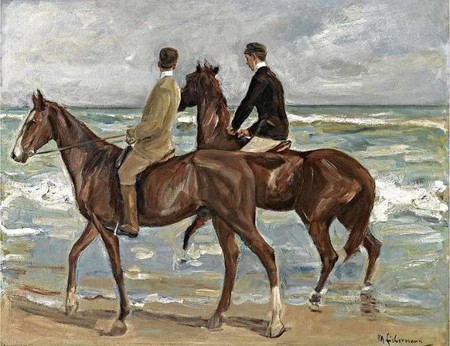 The Nazis had their eyes on three pictures in particular when they took Poland. One of them was the Raphael mentioned above. The second was Lady with an Ermine by Leonardo painted in 1489 depicting Cecilia Gallerani, the mistress of Ludovico Sforza, Duke of Milan. Brought back from Italy by Adam Czartoryski in 1798, it was stolen in 1939 and was sent to Berlin then back to Hans Frank in Krakow. Unlike the Raphael, though, it was found in Frank’s Bavaria home where he had fled to escape the Soviets closing in on Krakow. The Allies restored it to the Czartoryski Museum in Krakow. 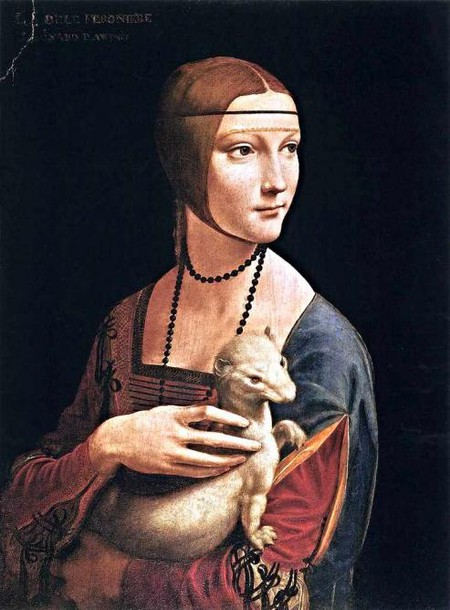 Rembrandt, Landscape with the Good Samaritan 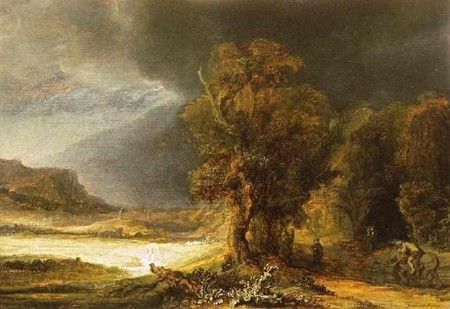 The third picture the Nazis grabbed from the Czartoryski Museum, Rembrandt’s 1638 Landscape with the Good Samaritan was taken from Krakow following the German takeover of Poland. Despite the attempts to hide the paintings the Gestapo were so well-informed that they hoovered up the collection within two months of the invasion. The art dealer Kajetan Mühlmann was tasked with transporting the paintings in the tug of war between Hans Frank Krakow and Goering at Carinhall. The Rembrandt was picked up in Bavaria when Frank was arrested by the Allies. 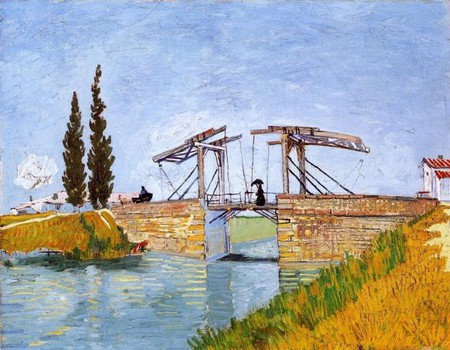 The Langlois Bridge at Arles | © Art Gallery ErgsArt by ErgsSap/Flickr

Van Gogh painted the Langlois Bridge at Arles four times. His 1888 version was taken by Goering for Carinhall. In September 2015 the full catalogue of Goering’s looted paintings was published documenting the 1,400 works that were brought to Carinhall. Every time a new work was brought in the artist and picture was noted and where it was hung. Along with works by Fragonard, Bonnard and Velasquez the Langlois Bridge was one of Goering’s favorite paintings. He also stole van Gogh’s Portrait of Dr Gachet from Frankfurt before selling it on in 1937.

The great Impressionist Pissarro painted Montmartre many times at various times of the year. The Matinee de Printemps version of 1897 was part of the collection of Max Silberberg, a Jewish businessman from Breslau whose collection included works by Manet, Cezanne and Monet and was seized by the Nazis. Silberberg died at Auschwitz, but his son and daughter-in-law escaped to Leicester in England. The Pissarro was restored to them in 2009, four years before Gerta Silberberg died at 99 years old. It was sold in 2014 at Sotheby’s for £19.7 million.