12 History Museums You Should Visit At Least Once

Across the globe, museums continue to be among the world’s most visited attractions. From bustling art museums to interactive science and natural history museums, there is something out there for everyone. This list introduces 12 of the best museums for history buffs out there. Their exhibitions cover several thousand years of human history, an inspiration for all visitors to learn more about collective pasts.
Acropolis Museum
History Museum, Art Museum, Architecture Museum

Founded in 2003, the Acropolis Museum is an archaeological museum focused on the findings of the original archaeological Acropolis of Athens site. The new museum was first conceived in 1976, to make way for larger exhibitions and more space for the throngs of visitors that pass through every year. With 14,000 square meters of exhibition space and nearly 4,000 objects from the Greek Bronze Age, the Roman period, and Byzantine Greece, and the glass floor gallery allows visitors to see the continuing excavation of the site. 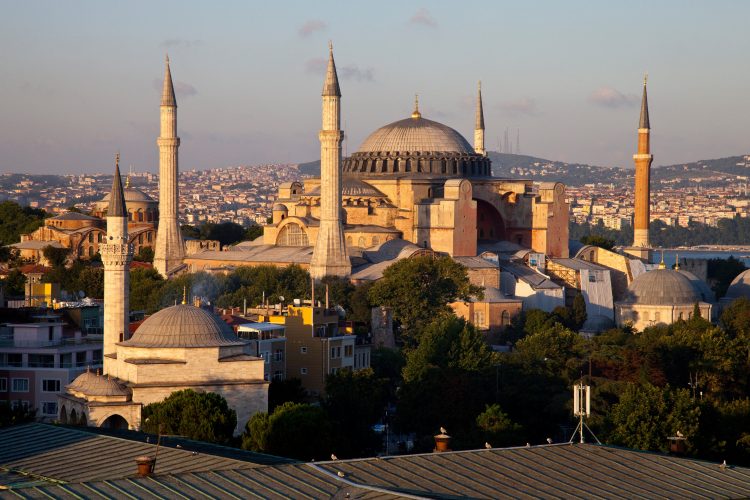 The Hagia Sophia Museum is one of the world’s most prominent and visited monuments relating to the history of art and architecture. Having been called ‘the eighth wonder of the world’ from as far back as the 6th century, Hagia Sophia is worth visiting to look at the impressive architecture alone, in particular the central dome. The housed collection tells an interesting story of the Byzantine and Ottoman empires, including the diversity of the building’s history as well as the relations between eastern Christianity and Islam, since the museum building was previously used as both a church and a mosque. 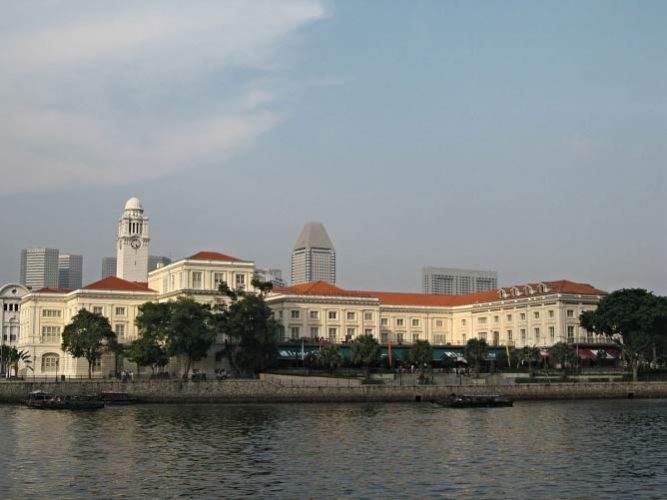 The Army Museum in Paris is one of the world’s largest military art and history museums in the world. A comprehensive military museum, it covers much of France’s military history from the 13th century up to contemporary modern warfare, and features structures such as the central edifice of the Cathedral of St Louis des Invalides, and the domed church which houses Napoleon Bonaparte’s tomb, and many others. As part of the larger Les Invalides complex, the museum offers close access to the Musuem of Military Models, the Contemporary History Museum, and a working retirement home for veterans. 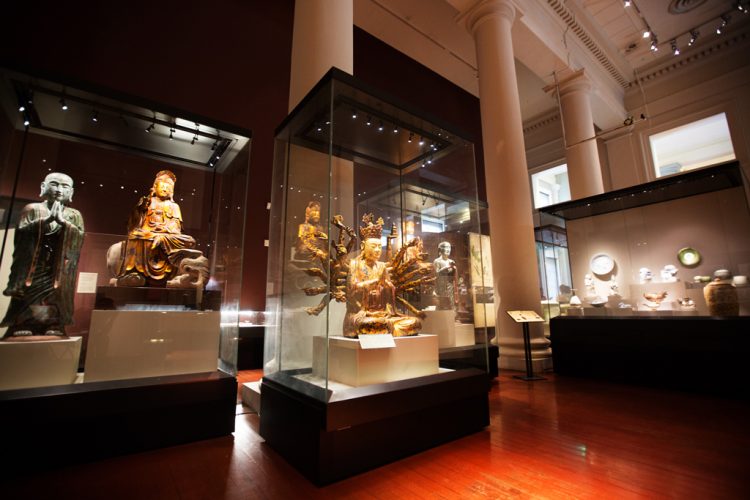 The top museum in Singapore and one of the first museums to provide a broad, yet integrated perspective of pan-Asian cultures and civilizations. The Asian Civilisations Museum’s collections focus mostly on Singapore’s multi-ethnic society, which covers much of the cultural and social history of China, Southeast Asia, South Asia and West Asia. The museum’s tagline is: ‘where Asian cultures come alive!’. Its collections include a diverse range of items: aristocratic art, South Indian woodwork, Chinese porcelain statues and early Buddhist bronze, shedding new light on civilizations that were previously guarded.

The Museum of Qin Terracotta Warriors and Horses
Museum

The Museum of Qin Terracotta Warriors and Horses is home to another contender for eighth wonder of the world and remains one of the most unique finds of the past few centuries. The museum houses excavated terracotta warriors, an informative exhibit on the life of Emperor Qin, and a changing exhibition. The real highlight of this museum, however, is the three open pits complete with terracotta warriors and horses. The scale of the pits is astonishing, as is the detail that went into each of the sculptures. The remarkable preservation and intactness of these relics give us a glimpse into this long buried part of China’s history. 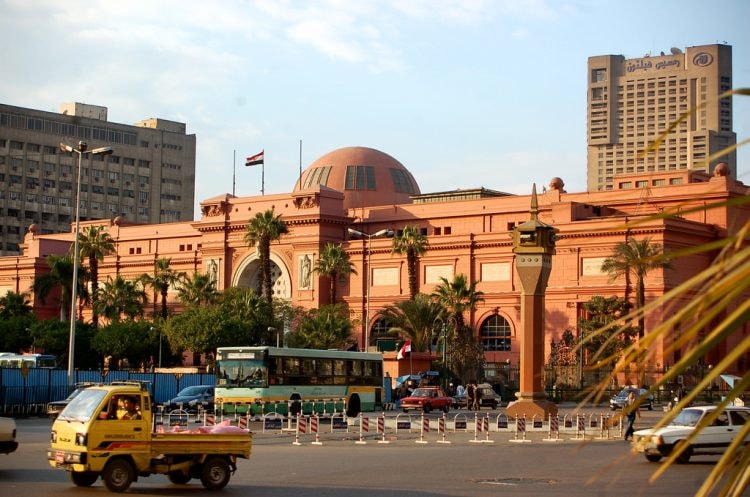 Ancient Egypt continues to be one of history’s most enduringly popular time periods, with millions of tourists heading to The Egyptian Museum every year to look at the world’s most extensive collection of pharaonic antiquities. The museum’s exhibitions are displayed over two floors: the ground floor features a chronological journey through Egypt’s 5000 year history through some 160,000 objects while the upper floor is home to changing exhibitions that are grouped by category, and have previously included Tutankhamun’s tomb, divinity statues, and implements from everyday life.

The Auschwitz-Birkenau State Museum is a memorial and museum devoted to preserving the memory of those who died in the Holocaust. With over 1.5 million visitors in 2014, the museum continues to be one of Poland’s main visitor’s attractions and demonstrates the ongoing importance of Holocaust memorial. The museum’s work covers preservation and research into concentration camps, and areas that can be visited on the site are kept as they originally were. With the history that lingers on-site, and the stories on display in the exhibitions, the museum is both highly informative and a haunting experience. 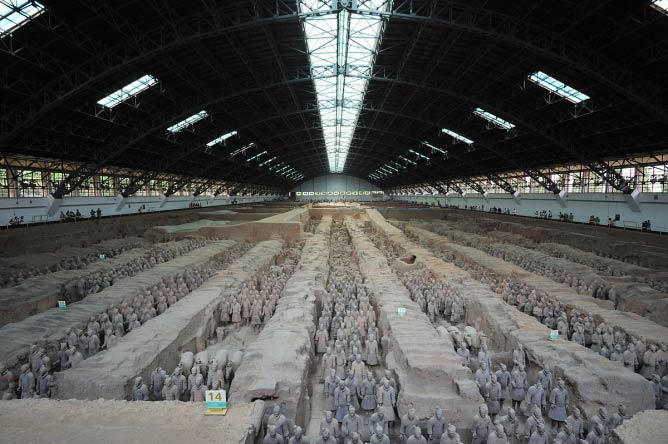 The Museum of Qin Terracotta Warriors and Horses | © WikiCommons/chensiyuan

The National Museum of Anthropology is Mexico’s most visited museum. It contains archaeological and anthropological artefacts from Mexico’s pre-Columbian history and includes famous items such as the Aztec Calendar Stone and the Xochipilli statue. The collection has grown substantially since the move to its current site in the 1960s, and it aims to constantly recognize and re-evaluate Mexico’s multicultural past through ongoing research and engagement with recent developments in the fields of anthropology, archaeology and ethnology. 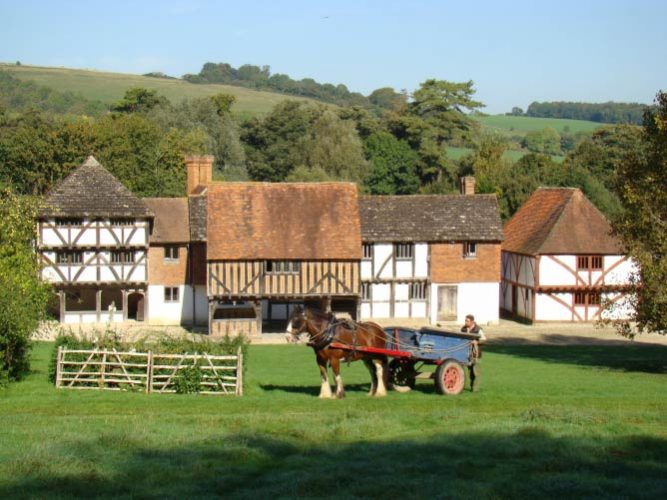 The Smithsonian National Museum of American History tells the story of the US since settlers arrived from Europe, with exhibitions covering the social, political, scientific, cultural and military history of the country. The exhibitions give an interesting look at the building of a nation and how this changed the world at large during its comparatively short history. It is home to landmark objects including the Star Spangled Banner and Archie Bunker’s chair, and its many exhibitions display a wide breadth of America’s post-European past.

Living history museums are becoming increasingly popular throughout the world as they give people a greater taste of what it was really like to live in the past. The Weald and Downland Open Air Museum features some 50 exhibit buildings over a 40-acre site to tell the story of Britain’s rural past over a 600 year period. The range of buildings on display here, as well as the artifacts inside display the history of everyday people within their built environments in a way that is truly engaging. It is a time capsule village quite unlike any other.

Dedicated to the history and art of the Netherlands, the Rijksmuseum displays some 900,000 objects which have been amassed since its opening in 1800. Originally founded by stadtholders, the exhibitions and items demonstrate the commercial and artistic strength of the Netherlands up to the beginning of the industrial revolution, where it was overtaken by Britain. It contains items from the years 1200 to 2000, but the main draw is the works of the Dutch masters Vermeer and Rembrandt van Rijn. 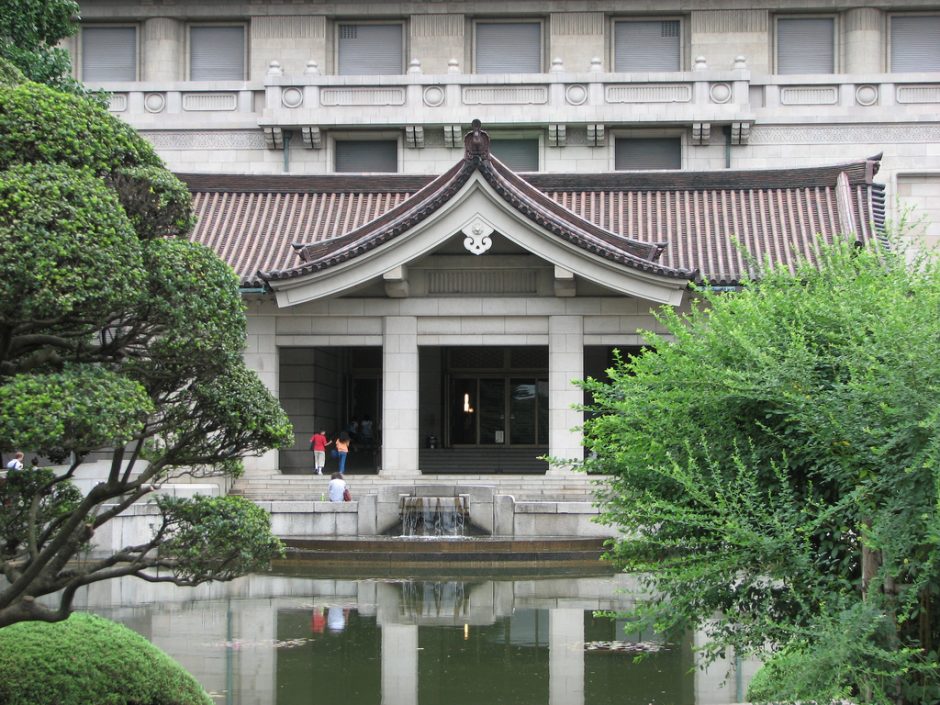 The Asian and Japanese art displayed in the Tokyo National Museum gives visitors great insight into the history of this once private island. The museum currently holds around 110,000 items, including 650 Important Cultural Property holdings and 87 National Treasures. As well as Japanese art and artefacts, the museum holds a large collection of art, prints, rubbings and sculptures from along the Silk Road and from Greco-Buddhism. Having changed significantly from its opening in the 19th century and through several regime changes, the museum is a striking example of Japan both past and present.