12 Astonishing Remnants Of Communism In Europe

The legacy of communism in the countries of the former Eastern bloc is ever present, but it is not always easily seen on the outside. Stalin and Lenin rarely show their faces anymore, and older architecture has given way to the contemporary. Still, the savvy traveller looking for this history in Europe can be satisfied if she knows where to look, and here are 12 great places to start. 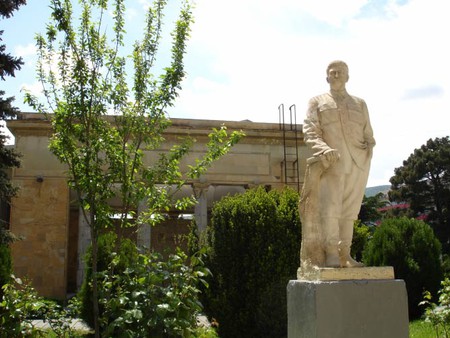 Whether or not you consider Georgia to be Europe, this museum built around the actual cabin where Iosef Dze Jugashvili (otherwise known as Joseph Stalin) was born is the holy grail of communist buildings. They’ve got one of the last remaining Stalin statues in the world, in addition to a veritable shrine surrounding his family home and a museum celebrating his achievements – with a brief mention of the fact that he was responsible for the deaths of some 20-40 million people. 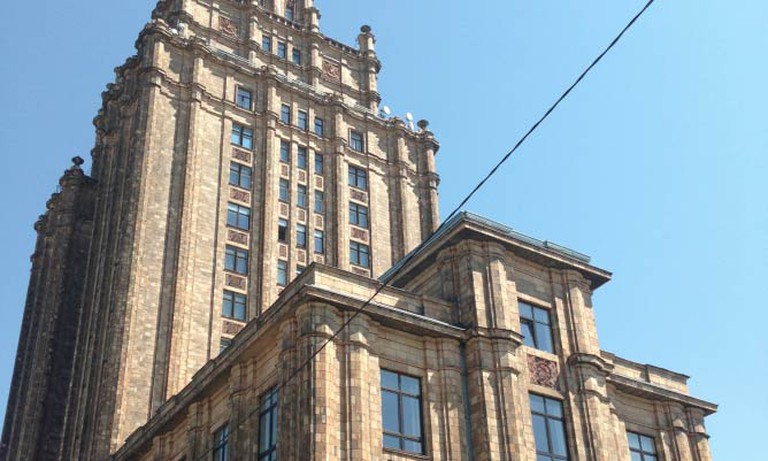 Stalin's Birthday Cake, Riga, Latvia | © Lani Seelinger
Book Now
When the communist regime in Hungary fell in 1989, the sculptures celebrating socialism and all of its ideals weren’t destroyed – they were collected into a park of epic proportions. You’ll find Lenin, numerous war heroes, workers reaching out towards a bright future, hammers and sickles, and, most notably, the shoes remaining from a Stalin statue that protestors pulled down during their revolution, which eventually became a symbol of the newly formed democracy.
Open In Google Maps
Balatoni út - Szabadkai utca sarok, XXII. kerület Budapest, 1223, Hungary
+3614247500
Visit Website
Give us feedback

When the Latvian Academy of Sciences was completed in 1956 in the Stalinist style, it quickly gained its nickname because of how faithfully it embodied the movement. In simple terms, Stalinist architecture, otherwise known as Socialist Classicism, often resembles a stark take on classicism, with sharp angles instead of round columns and strong workers instead of graceful gods. 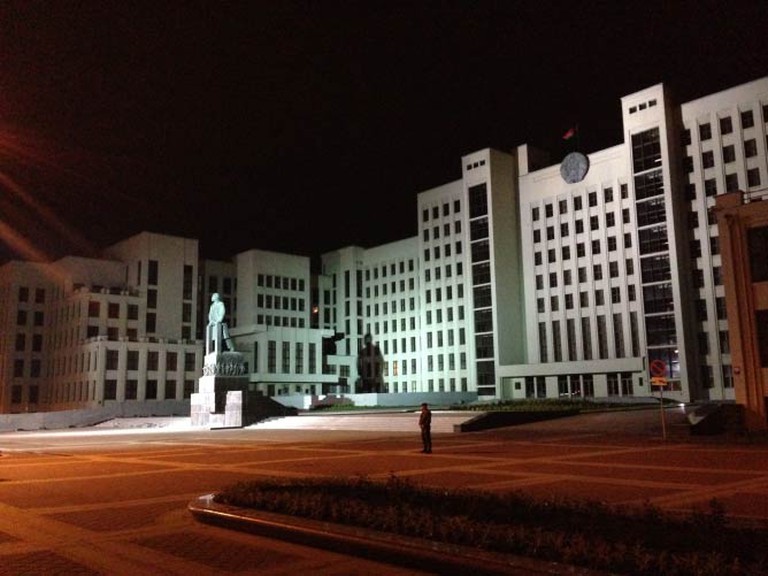 House of Government | © Lani Seelinger
When you’re wandering around the old center of Prague, perhaps the unending charm of the buildings will get old, and you’ll want a little something different. If so, look for the Hotel InterContinental, a real gem of the Brutalist movement, completed in 1974. While Brutalism was in fashion throughout the world, the Czechoslovak communist government was very proud of this particular building, and so sent all of the visiting Soviet delegations to stay in the luxury penthouses there.
Open In Google Maps
30 Pařížská, Staré Město, Praha 1 Hlavní město Praha, 110 00, Czech Republic
+420296631111
Visit Website
Give us feedback

To be fair, all of Minsk is practically a living museum of communism, including the authoritarian government. However, the House of Government on Independence Square with a statue of Lenin standing out in front is a real high point. Built in 1932, it is one of very few buildings that survived World War II. At night, Lenin casts an imposing shadow, and that plus the single guard standing watch will make you feel like you’re walking around a Soviet spy movie.

Josip Broz Tito was an impressive figure, and he has the mausoleum to match. Surrounding the building are several fascinating sculptures, numerous statues of the Yugoslav leader, in addition to myriad objects dedicated to him in the small museum surrounding his actual grave. The whole thing is situated on a hill overlooking the former Yugoslav (and current Serbian) capital of Belgrade, so the whole thing together is well worth the short trip out to it.

The oldest part of the two lines in the Belarusian capital were finished in 1984, and they are an ideal representation of what a Soviet metro was supposed to be – grand, with all of the stations named to celebrate the country. They haven’t bothered to change anything about the old stations, including the names. You can still find Lenin Square, which leads to the government buildings; Oktyabrskaya, which refers to the 1917 October Revolution; and, of course, Moskovskaya.

Most of the Soviet war monuments in Budapest have since found their way to Memento Park, but only a few blocks away from the Parliament, you can find one that the Russian and Hungarian governments made a deal to maintain. It is a great example of Soviet Pride, featuring all the typical communist symbols – stars, sickles, and the like. Perhaps most entertainingly, there’s a statue of Ronald Reagan not 50 meters away from it. 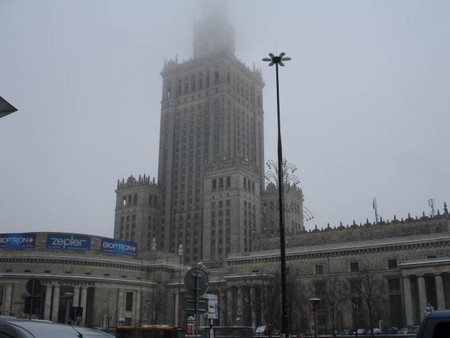 The Palace of Science and Culture, disappearing into the fog | © Lani Seelinger

People’s Palaces, as they were called, were part of the communist idea of giving power to the people, so you’ll find them in several countries. This one in Warsaw in the Stalinist style, was meant as a gift from the Soviet people to the nation of Poland, and it is still the tallest building in Poland and the eighth tallest building in the European Union. It truly dominates the Warsaw skyline, and now it’s used by a large number of different businesses and institutions.

Now one of the most densely populated areas in Central Europe, Petržalka was built up in the 1970s with the ‘panel buildings’, or paneláky, that are typical across the area. They get their name from the concrete panels that were joined together to form the buildings, and while they’re absolutely ubiquitous, the size of the estate and the sheer number of paneláky together will still amaze you. It houses over 100,000 people.

One of Sofia’s main sights to see, the Largo is actually comprised of three buildings together: the former Party House in the center and two other large, Stalinist buildings on the side. These are now a mixture of government buildings and private enterprises, including a hotel and the offices of the President. While the obvious symbols of communism have been removed, like the red star and a Lenin Statue, the Stalinist style is still quite striking.

The Russian Embassy in Helsinki, Finland, and Berlin, Germany

The Soviet Union had to represent itself abroad, and that means that you don’t even have to venture out of Western Europe to find a couple of great Stalinist buildings. The former Soviet, now Russian embassies in both Berlin, Germany and Helsinki, Finland look just the same as they once did, only you’ll find a different flag flying above them. They won’t let you in to explore, but you’ll be able to see some good communist symbolism from behind the fence.