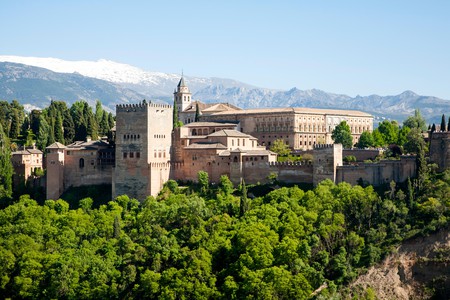 The Alhambra, in Granada, was built by the Moors in the 13th century | © geogphotos / Alamy Stock Photo

Europe has many historic towns and cities that are among the prettiest in the world. These photogenic destinations might look as if they’ve leapt straight out of a fairy tale, but they’re all very real and perfect for your next trip.

Located on the Portuguese Riviera, Sintra is famed for its Pena Palace, where the royal family spent their summers. With its 19th-century Romantic architecture and narrow streets, this major tourist attraction has maintained its sense of magic. One of the wealthiest cities in Portugal, it has also become a byword for luxury hotels and fine dining. Even though it feels worlds away from the buzz of Lisbon, it’s actually only 26km (16mi) away, so you can easily make it here on a day trip. And to further enhance its reputation as a magical destination, the lord of fairy tales himself Hans Christian Andersen once visited Sintra and commented on its majesty. 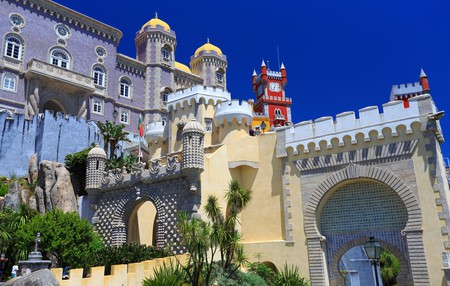 Nicknamed the Venice of the Alps, Annecy is the capital of the Auvergne-Rhône-Alpes region that sits on a lake fed by the Thiou river. Its old town, with cobbled streets, winding canals and pretty architecture, add to the natural landscape to create a magical atmosphere. A highlight is the 12th-century Palais de l’Isle, a castle on an island in the river that once served as a prison and courthouse. If you need further proof of Annecy’s fairytale credentials, the medieval Château de Menthon-Saint-Bernard, which looms over the city on a rock 200m (650ft) high, was the inspiration behind the castle in Walt Disney’s Sleeping Beauty (1959).

If the Amalfi Coast is the ultimate destination that springs to mind when you picture magical European settings, then Positano is its crowning jewel. The dramatic poster child of the Campania region in southwest Italy, Positano is dotted with multicoloured houses on the steep hillside that drops down to the azure sea. The steep inclines of its streets add to the allure of the place, which can be reached by road or sea, with ferries docking regularly at the pier by the beach from various stops down the coast. The thriving tourism industry has done little to take the shine off what was once just a small fishing village that only a select few knew about. 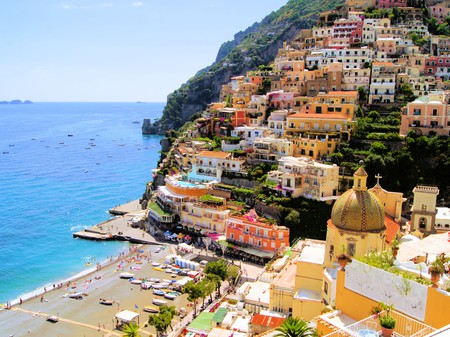 This surreal corner of north Wales has a far more modern story to tell than the other entries on this list. An Italianate village, it was developed between 1925 and 1975 by British architect Sir Clough William-Ellis, who “collected” unusual architectural follies and brought them together to create this magical, eccentric location. Portmeirion shot to fame in the 1960s when it featured as the haunting village at the heart of fantasy series The Prisoner, starring a baffled-looking Patrick McGoohan. Many fans at the time believed the show was filmed on a set, but the place is real and is now one of the most visited places in Wales.

Many tourists have visited Dubrovnik, the city popularised in film and TV in recent years, but not so many have ventured north along the Adriatic coast to discover the picturesque beaches of Primošten. Famous for its vineyards, this former fishing village, an islet that became attached tot he mainland in the 16th century, maintains much of its medieval architecture. Visitors can expect an enchanting combination of pretty seaside resorts and atmospheric stone buildings. 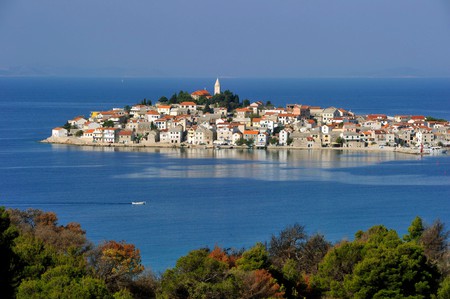 Southern Spain is like nowhere else in Europe: centuries of Moorish rule have left an indelible mark, and nowhere demonstrates that influence better than the mesmeric Alhambra palace complex in Granada. Set against the backdrop of the snowy Sierra Nevada mountains, the Alhambra, or Red Castle, was the home of Nasrid dynasty, which ruled over Andalusia more than 500 years ago, before it fell into dramatic decline. Today it is one of Spain’s most popular tourist attractions, operating as a self-sufficient town in the hills. To get the full effect, be sure to visit around sunset and view it from the equally impressive Generalife gardens.

Founded by an Irish hermit, this fascinating rocky outcrop just off the coast of Normandy is surrounded by silt at low tide. At other times, the bridges and walkways are completely submerged, cutting it off from the mainland. There are a handful of permanent residents who live in a commune here, but it is far more popular as a tourist destination. Historically, the French island has been twinned with Cornwall’s smaller St Michael’s Mount, which shares similar characteristics. 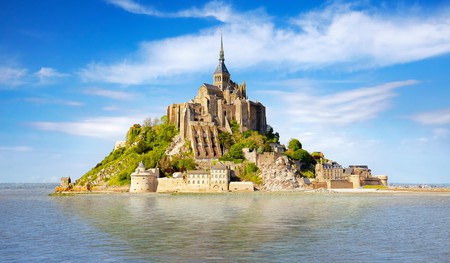 A 70-minute bus ride from the capital, Ljubljana, Bled is a small town on Lake Bled in northern Slovenia. Close to the border with Austria, the densely forested area is sandwiched between the lake and gthe Karawanks mountain range, giving it all the necessary ingredients for an ultimate storybook location. There are plenty of outdoor activities on offer, not surprising given the natural landscape, with casual hikers rubbing shoulders with hardcore cyclists. The town itself is a relaxing escape that Slovenians have known about for centuries. Foreign tourists are also starting to discover Bled, so this is one place you’ll want to visit sooner rather than later.

Germany is blessed with many fairytale towns and villages – so many in fact that we have a list dedicated to them – but our favourite is Mittenwald. Perhaps its the refreshingly quiet streets or equally refreshing mountain air that lie behind the popularity of this small Bavarian town, but it is a hidden gem of authentic rural life. The town is best known for making some of the finest examples of modern-day violins, although the quaint houses and cobbled streets are also fast gaining international acclaim. 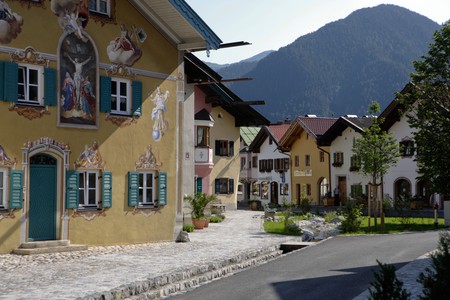 The capital of the Isle of Skye, part of the inner Hebrides in Scotland, was originally a fishing village and has hardly changed in 200 years. There are local bus services to get around the island and a regular connection to major cities such as Inverness and Glasgow, but it’s the remoteness of the bay area that is the real draw. With Instagram-friendly prettily painted houses lining the seafront, it’s surprising this town isn’t better known as a tourist destination. But with domestic travel set to boom in the wake of the coronavirus pandemic, expect visitors from all over the country looking for the perfect staycation.

Berat, 75mi (120km) south of the capital city, Tiran, earned Unesco World Heritage status in 2008 for its remarkable clash of architectural styles from different cultures and different centuries. As well as ancient, medieval and modern buildings, there are also structures with huge religious significance dotted around the fortifications. The scenic beauty of the surrounding mountains provide a backdrop for mosques and churches, which have hints of many cultures in their construction. This picturesque destination is just one of many in Albania, but there’s something special about the heritage of Berat that adds to its mysterious allure. 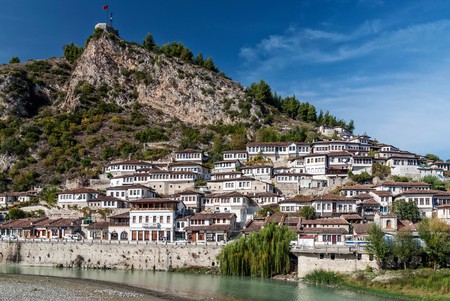