13 Game of Thrones Characters We Miss The Most: Their Deaths and When They Happened 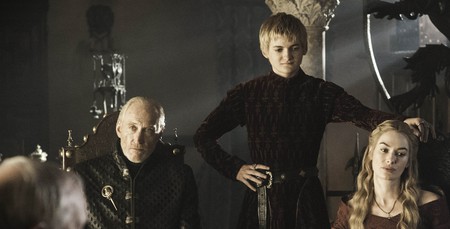 Unlike other TV shows, Game of Thrones never hesitates when it comes killing off characters. Good, bad or Stark, no matter which house you’re from, if you are a resident of Westeros it’s probably wise not to plan too far ahead. Here are some fan favourites we desperately miss. 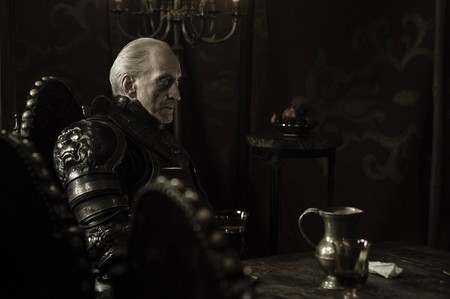 The only man capable of controlling his unruly grandson, Tywin dominated the Lannister household with an iron fist. The man in the shadows who was actually the one in charge, Tywin (Charles Dance) cared about one thing only… his family name. Ironic, then, that his demise came at the hands of his own son. What we miss most about Tywin is the tremendous putdowns he gave to those closest to him. Remember the “the king is tired…” speech? Bedtime for Joffrey.

Joffrey Baratheon, died in: Season 4, Episode 2 – “The Lion and the Rose” 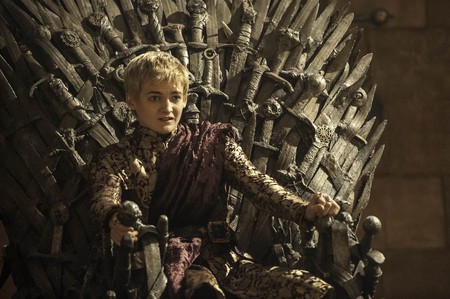 Owner of the most slappable face on TV, Joffrey was an evil little menace who constantly got his own way. Inflicting pain and getting a kick out of it, the young king quickly became the most hated character in the show. Jack Gleeson played the throne-sitter to perfection, but grew to resent the role. When Joffrey spectacularly choked to death at his own wedding (it later transpired he was poisoned), Gleeson decided to leave the acting profession too. It’s a shame, because the show lost its chief antagonist and we only realised how much we missed Joffrey once it was too late. 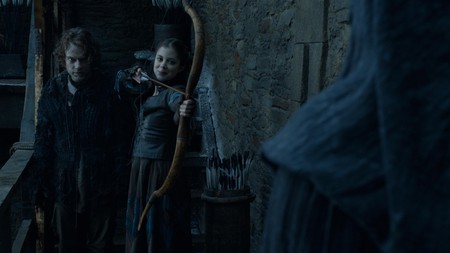 One half of the terrible twosome from The North, Charlotte Hope is a delight in real-life, but you wouldn’t think it given her chilling turn as arrow-firing temptress Myranda. We suspect there were plenty more secrets she held onto and even darker depths she would sink to, but Theon Greyjoy put an end to her reign of terror before we could find out, by chucking her off the side of a castle as we watched her head splat on the ground below.

Catelyn Stark, died in Season 3, Episode 9 – “The Rains of Castamere” 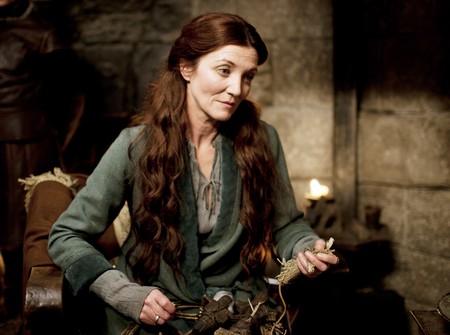 One of the main participants in the Red Wedding, arguably the most talked-about TV event of the decade, Catelyn started the whole thing off by trying to warn her son of the impending massacre. Her yells on that fateful night still haunt us, but let’s not forget just how strong-willed and wise she was in the battles beforehand. She did warn Robb he was making a mistake by marrying for love and breaking an oath, after all…

Robb Stark, died in Season 3, Episode 9 – “The Rains of Castamere” 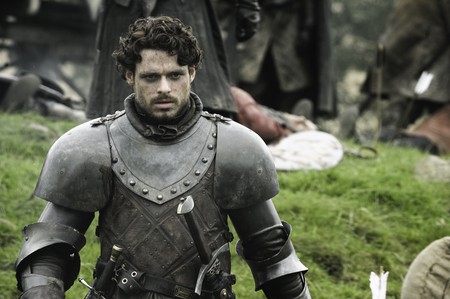 Poor, lovestruck Robb Stark. The favoured son of the House of Stark, Robb took over from where his father left off and became known as a fearsome warrior leading his side to numerous victories in battles. He was ably supported by his mother as he rampaged across the North, seeking revenge and winning back the missing members of his family. And then he went ahead and fell in love… and the Red Wedding happened. Richard Madden could well have been the man sitting on the throne at the end of the series, and we think there would have been few complaints if that’s how it turned out. 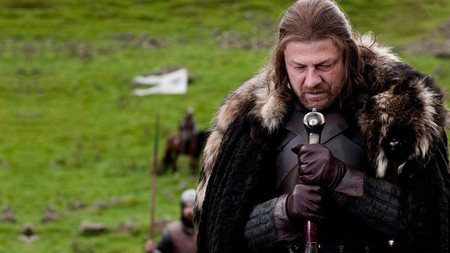 For all the memes and poor impressions that have followed, Ned Stark really was a bit of an idiot. Dead before the first series even concluded, Sean Bean enhanced his fine reputation of rarely making the final credits of anything he appears in. If we could only hear him say “winter is coming” one more time.

Syrio Forel, died in Season 4, Episode 8 – “The Mountain and the Viper” 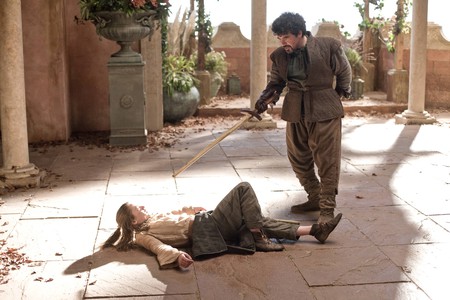 There was a theory that this master swordsman from the first series of Game of Thrones had somehow defied the odds and survived what appeared to be certain death. Sadly, Maisie Williams confirmed that Syrio was dead, and she should know, given that it was her character Arya Stark who was under the tutorage of the Braavosi.

Oberyn Martell, Died in: Season 4, Episode 8 – “The Mountain and the Viper” 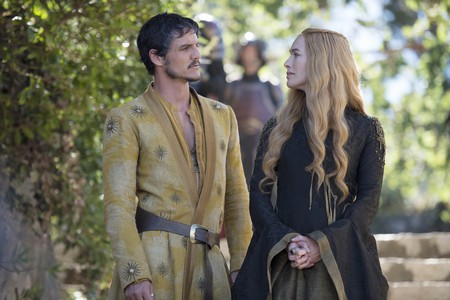 Game of Thrones. Series 4. Episode 5 "First of his Name"

Speaking of fine swordsmen from far off lands, Prince Oberyn shares a number of traits with Syrio, but there is no doubt over his fate. The guy is as dead as a Stark wolf pup. We saw vengeance-seeking ‘Red Viper’ almost best The Mountain, but sadly it wasn’t too be. Pedro Pascal’s delightfully playful turn and charming accent are sorely missed. How many people leapt out of their seats and cheered when Oberyn stepped up and proclaimed ‘I will be your champion’ to a desperate Tyrion? 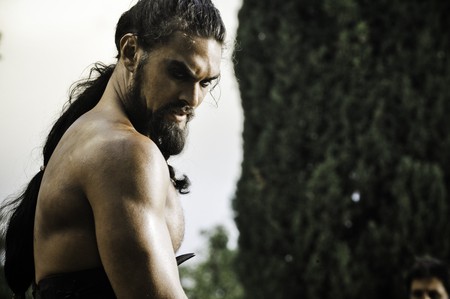 Jason Momoa is another actor whose character, Khal Drogo, was killed off early on in the series, but his intimidating warrior certainly made a lasting impression. His marriage to an initially unwilling Daenerys Targaryen made for uncomfortable viewing, but soon the two characters grew to care for one another. The shame is that we never really got to see Drogo prove why he had earned the reputation of being one of the finest warriors across the seven kingdoms. 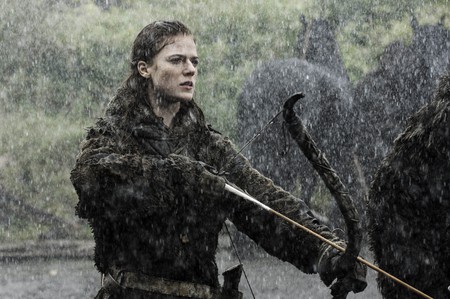 We know, we know. The wildling from beyond the Wall is best known for her dismissive utterance towards Jon Snow, but there was more to Ygritte (Rose Leslie) than just one distinctively Northern-accented catchphrase. As part of the free folk, and an expert with a bow and arrow, we really wish that Jon would have been able to somehow bring the redhead back with him into Westeros proper. 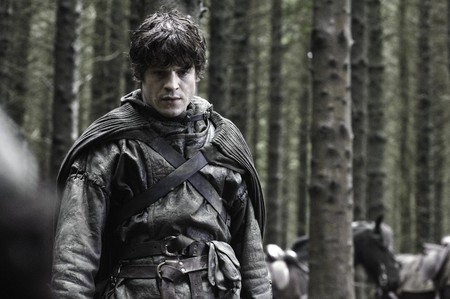 Taking over from where Joffrey left off, Ramsay Bolton was an even more sadistic bastard than the young king. Tormenting Theon Greyjoy with an evil glee that was staggering at times, Bolton only got worse when he got his hands on Sansa Stark. We’re yet to see if we will miss him, but every show needs someone to jeer at, and there is no doubt that Iwan Rheon provided just that.

Littlefinger/Lord Bealish, died in Season 7, Episode 7 – “The Dragon and the Wolf” 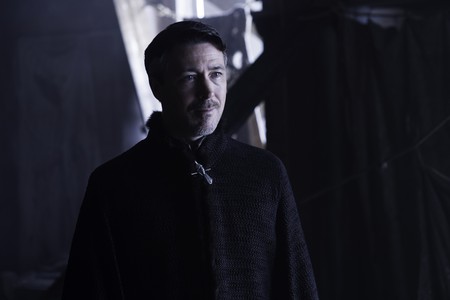 The entirely untrustworthy and manipulative Littlefinger (Aidan Gillen) was responsible for some of the most seismic twists that shaped Westeros in our time visiting the Seven Kingdoms since the start of the series. Though his powers of persuasion waned, as events overtook him.The remaining members of the Stark clan, who suffered more than most from his schemes, took sweet revenge in bloody fashion. 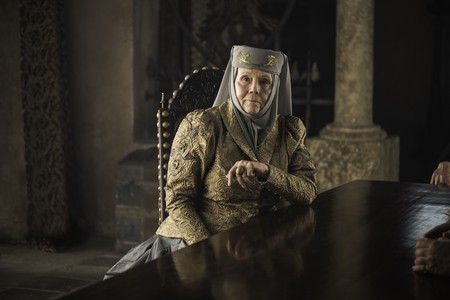 Also known as the Queen of Thorns, Diana Rigg delivered some of the most memorable put downs in TV history. Each jab administered with relish until she took her own life in season seven. Even while sipping from a poisoned cup knowing her time was at an end, Olenna kept sassing her many enemies including a shocking description of Joffrey that would make a sailor blush.

You can catch up on Game of Thrones with a Now TV Entertainment Pass. Also check out our GoT interviews with the cast themselves.