Chinese artist Ai Weiwei is well known for his provocative art and the 81 days he spent he spent in jail on spurious charges of “economic crimes,” but he isn’t the only artist to have found himself on the receiving end of an authoritarian government. We introduce 11 more dissident artists from jailed Cuban graffiti artist El Sexto to award-winning Iranian filmmaker Jafar Panahi. 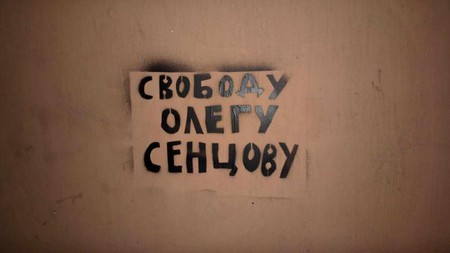 In August 2015, Ukrainian filmmaker and activist Oleg Sentsov – the man behind the 2011 film Gamer – was sentenced to 20 years in prison after a Russian court found him guilty of “terrorism” in a trial described by an Amnesty International researcher as “Stalinist-era.” Sentsov was arrested in May 2014 after protesting Russia’s annexation of Crimea and since held on remand during which he suffered brutality at the hands of authorities whom Sentsov says have beaten and tortured him. Film industry figureheads and human rights groups are currently rallying for Sentsov, a single father of two, to be released.

Chinese painter, sculptor and video artist Zhao Zhao worked as Ai Weiwei’s assistant for seven years and it seems the famously provocative artist’s influence has rubbed off on his protégé. Described by German art dealer Alexander Ochs as “one of the most at risk people” in China, in 2012 several of Zhao’s works – including an intentionally demolished sculpture of a Chinese police officer the artist made in protest of Weiwei’s 2011 imprisonment – were seized while being shipped to an exhibition at a gallery in New York and shortly after giving an interview with Der Spiegel detailing the event, Zhao was arrested and held in investigative custody for 12 days on bogus charges. 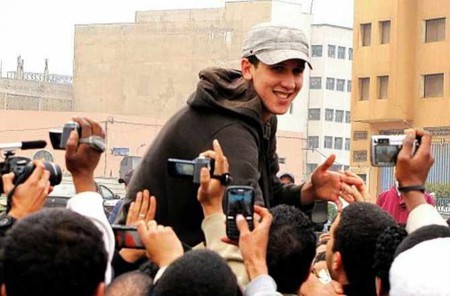 Mouad Belghouat, better known by his moniker El Haqed which translates from Arabic as “The Enraged,” is a Moroccan rapper whose provocative, political songs condemn widespread poverty and corruption in his homeland. Since releasing his hit song “Baraka Min Elskate” (“Stop the Silence”) in 2011 – which impelled Moroccans to protest against their government’s monopoly on major industries. El Haqed has been arrested three times on trumped-up charges, the last resulting in a four- month prison sentence. In June 2015, a concert the rapper was due to perform at in Casablanca was abruptly called off by police who blocked off the venue and cut its electricity. 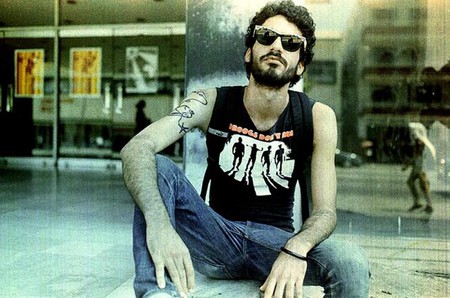 Since late December 2014, Cuban graffiti and performance artist Danilo Maldonado Machado (aka El Sexto) has been held in Havana’s Valle Grande prison after being arrested whilst transporting two pigs with the names “Fidel” and “Raul,” a reference to the Castro brothers, painted on them to a performance piece. El Sexto, who was awarded the 2015 Václav Havel International Prize for Creative Dissent, is still awaiting trial nine months later and reportedly state security officials have told the artist and his family on several occasions that his release is imminent only to later renege on their word. Currently on hunger strike, El Sexto’s friends, family and supporters continue to campaign for his release. 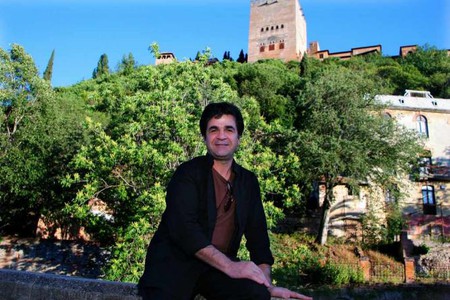 Iranian film director Jafar Panahi’s controversial films – including the 2000 drama The Circle, a critique of the restrictions placed upon women in Iran – have so enraged Iranian authorities that Panahi has been arrested several times. Most recently, in 2010, Panahi was convicted of making propaganda against the Iranian state and placed under house arrest, banned from directing films for 20 years and forbidden from traveling abroad. Panahi’s indefatigable spirit cannot be quelled, however: since the filmmaking ban was imposed, he has made three films including This Is Not a Film – a documentary detailing his house arrest smuggled out of Iran on a flash drive hidden in a birthday cake – and Taxi, which went on to win the Golden Bear award for Best Film at the 2015 Berlin International Film Festival. 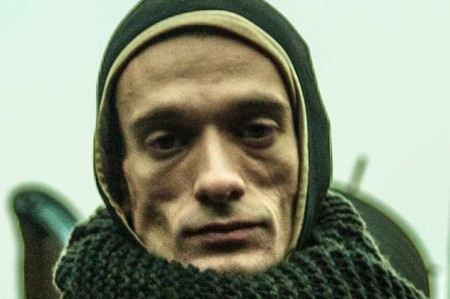 Russian artist Petr Pavlensky’s infamous protest performances – which include sewing his mouth shut in 2012 to protest against the jailing of fellow activists Pussy Riot and nailing his scrotum to the cobblestones of Moscow’s Red Square in 2013 – have placed him at the forefront of Russia’s contemporary art scene, but also caught the attention of disproving authorities. Pavlensky’s last stunt – in which he set fire to stacks of tires in an act of solidarity with protestors in Ukraine – saw the artist arrested and charged with vandalism. In a strange turn of events Pavlensky, while being interviewed about the charges, managed to convince government investigator Pavel Yasman of the importance of his art and gained another steadfast supporter. 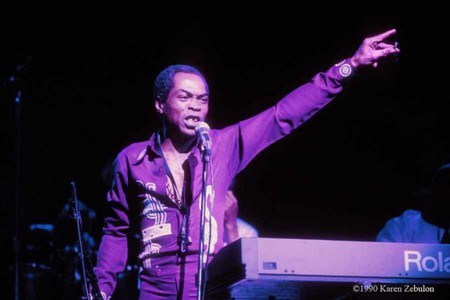 Credited with pioneering the Afrobeat genre, Nigerian musician and activist Fela Kuti rose to prominence in the early 1970s with political protest songs critiquing neocolonialism in Africa and calling for Africans to embrace their own traditional cultural norms. Often under fire from the Nigerian state, Kuti’s commune-cum-recording studio Kalakuta Republic was raided frequently including one incident in which Kuti was beaten and his mother thrown from a first floor window, later resulting in her death. Despite persistent brutality at the hands of Nigerian police and military, Kuti spread his message far and wide gaining fans across the globe and his music remains as popular and potent today 18 years after his death. 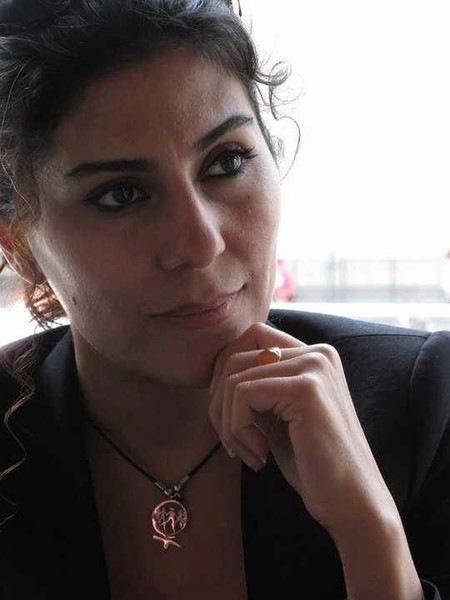 Mahnaz Mohammadi – the Iranian filmmaker and women’s rights activist whose works include her award-winning 2003 debut Women Without Shadows, a short documentary following women living in a state-run shelter for the homeless – has been arrested three times to date and banned from making films. Her last arrest in June 2011 – based on bogus claims that Mohammadi had collaborated with the BBC and committed espionage on behalf of the network – resulted in a five-year jail term at Tehran’s notorious Evin Prison. At the Cannes Film Festival in 2011, which she was unable to attend as her passport had been confiscated by Iranian authorities, film director Costa-Gavras read a letter from Mohammadi in which she stated, “I am a woman, I am a filmmaker, two sufficient grounds to be guilty in this country.” 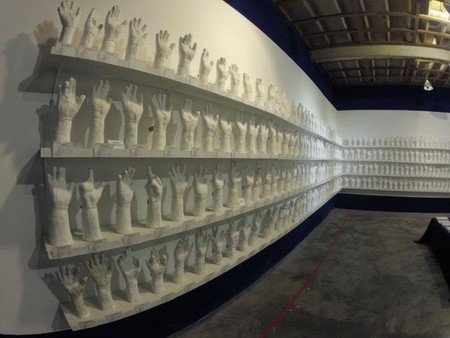 Burmese artist Htein Lin – who honed his talents studying under Mandalay artist Sitt Nyein Aye while living in a refugee camp – served a six-and-a-half year jail sentence between 1998 and 2004 on spurious charges of participating in an anti-government group. Following his release, Lin escaped to London though recently, taking advantage of Burma’s recent reforms, returned to his homeland in 2013 to embark on a new participatory performance piece drawing on his time as a political prisoner. The work, A Show of Hands, features hundreds of plaster casts of fellow former political prisoner’s hands and was exhibited in Yangon in 2015. 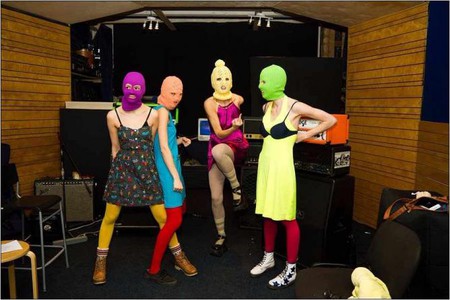 When members of the Russian feminist punk activist group Pussy Riot were arrested in 2012 after performing anti-Vladimir Putin protest piece in a Moscow church, the news made headlines worldwide. A subsequent trial found Maria Alyokhina, Nadezhda Tolokonnikova, Yekaterina Samutsevich guilty of “hooliganism motivated by religious hatred” and sentenced them to two years in prison, though the trio were freed later that same year following intense campaigning for their release and Putin’s introduction of a new amnesty law. Since their release Alyokhina and Tolokonnikova have gone on to form a human rights group that fights for prison reform. 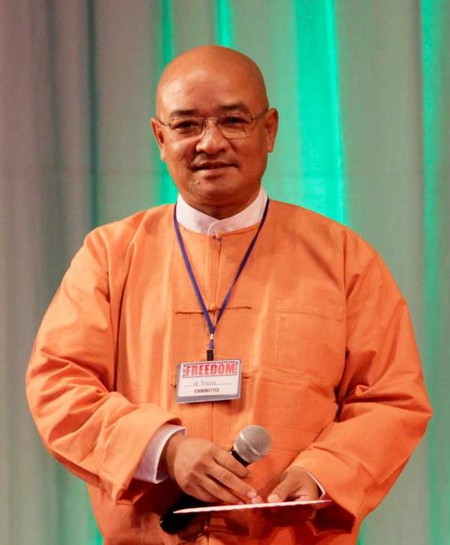 A popular comedian and outspoken critic of Burma’s former military government, Zarganar is credited with reviving anyeint – a vaudeville-like Burmese theater tradition that Zarganar employed to satirize the government. In 2006, the comedian was banned from performing in public or participating in any nature of entertainment work, and in 2008 Zarganar was sentenced to 59 years in prison for publicly criticizing the Burmese government’s mishandling of the humanitarian crisis that occurred following devastating Cyclone Nargis that hit the country that same year. Thankfully, Zarganar was released three years later alongside 120 other political prisoners as part of the new Burmese government’s amnesty plans.