The 11 Biggest Unsolved Art Mysteries of All Time 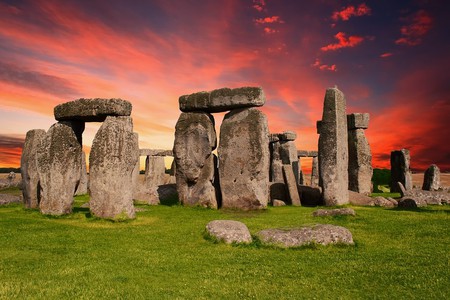 Was Vincent van Gogh murdered in cold blood? Were the ancient Nasca people of Peru channeling Earth-bound aliens? We delve into the shadowy depths of art history to consider 11 mysteries that remain unsolved to this day. 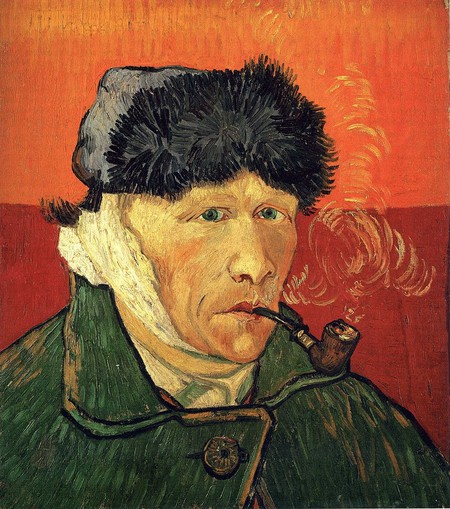 It was long accepted that Vincent van Gogh shot himself in July of 1890—after all, death by suicide fit snugly with a tumultuous narrative of extreme self-doubt and severe self-harm. But the evidence never completely added up; local testimony referenced two teenage boys bullying van Gogh shortly before his death, and the smoking gun was never found. Loving Vincent (2017), the world’s first painted feature film currently nominated for an Oscar, follows an alternative theory that the artist was fatally shot by wayward village boy René Secrétan. Troubled, unlucky in love, and just plain misunderstood, van Gogh is portrayed as an unparalleled talent with a gentle disposition who covered up the wicked act as suicide in a final act of kindness. 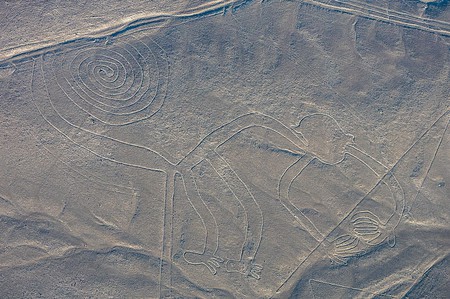 Geoglyphs spanning hundreds of feet depict animals and shapes across the highland plateaus of southern Peru’s Nasca Desert. Located in a remote, arid region some 200 miles from the nation’s capital of Lima, more than 800 straight lines, 300 geometric shapes, and 70 renderings of animals and plants adorn the land, according to National Geographic—the largest of which comes in at an expanse rivaling the Empire State Building. Attributed to the ancient Nasca people between the year 1 and 700 A.D., the lines are thought to have been made by carefully displacing red rocks and earth to reveal lighter soil underneath. But anthropologists continue to ruminate on why they were created. Were the Nasca people trying to communicate with their gods? With aliens? Map the stars? Beckon rain? It remains a mystery.

Who pulled off the biggest art heist to date? 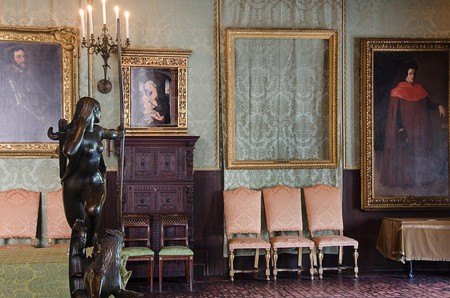 In 1990, 13 masterpieces were stolen from Boston’s Isabella Stewart Gardner Museum. The colossal robbery, which remains the biggest art heist in history, resulted in a $500 million loss of treasured artworks by Old Masters such as Johannes Vermeer and Rembrandt van Rijn. In the summer of 2017, seasoned private investigator Arthur Brand claimed knowledge of some hot tips on this cold case, but as it stands, all suspects are now dead from various causes, none of the artworks have yet been recovered, and the museum is offering a $10 million reward to anyone with credible intel. 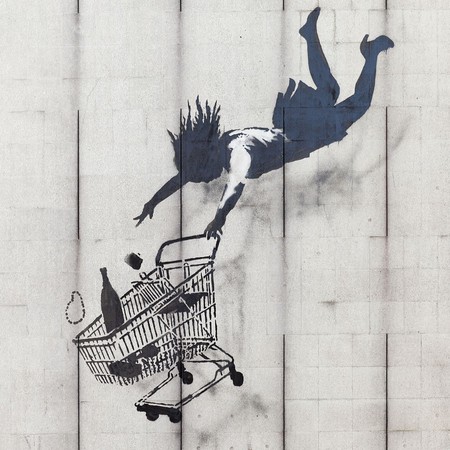 Oh, the irony that one of the most famous contemporary artists to date is still unidentifiable after 30 years. Banksy rose to prominence in the early 1990s for his socially and politically driven works of street art, and his stenciled aesthetic remains internationally recognizable. Yet, despite his high-profile oeuvre and his Academy Award-nominated documentary Exit Through the Gift Shop (2010), Bansky still successfully lurks in the shadows. The artist is presumed British, and theories have ranged from suggesting that Banksy is actually a collective of street artists to Massive Attack frontman Robert Del Naja. Truth is, we still don’t know. 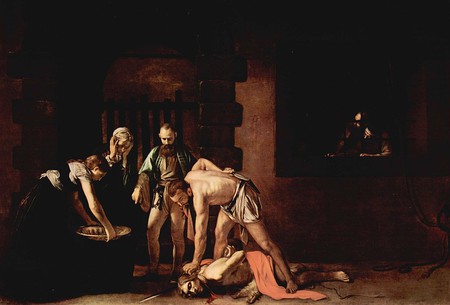 Caravaggio’s oeuvre is characteristically dark—not only in composition, but in subject matter. Here, the Italian Baroque master portrays St. John the Baptist slain in the street like an ordinary man. Caravaggio completed the painting in 1608, and it’s known that two years prior, he murdered a man by the name of Ranuccio Tomassoni in Rome. (The precise events leading to the fatal altercation remain unconfirmed.) Caravaggio fled to Malta, where The Beheading of St. John the Baptist was commissioned as an altarpiece. Following its restoration in the mid-20th century, the artist’s signature was found in the martyr’s blood. The only painting that the artist would ever sign, scholars have since questioned whether this was Caravaggio’s way of signing his own crime.

Who built Stonehenge, and why? 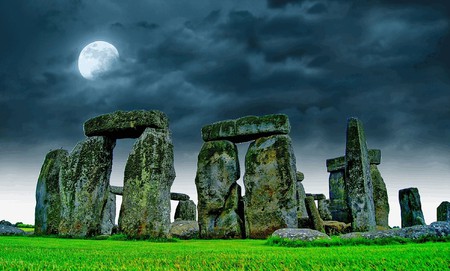 A ring of standing stones towering as tall as 30 feet and weighing as much as 40 tons, Stonehenge is a prehistoric English heritage site dating back some 5,000 years. Archaeologists hypothesize that Stonehenge was built in stages across one and a half millennia; Neolithic Britons likely created the deep ditch (or “henge”) which serves as the site’s foundation, and over the centuries, various peoples erected, positioned, and re-positioned the stone slabs. Aside from the principle mystery of the site’s significance, the stones are not indigenous to the immediate region. It’s theorized that they’re from a quarry about 20 miles away. Historians and anthropologists collectively agree that Stonehenge is of arresting importance; but what it was built for, how the stones were moved, and why it was continuously developed through the centuries remains unconfirmed.

Who was the Girl with a Pearl Earring? 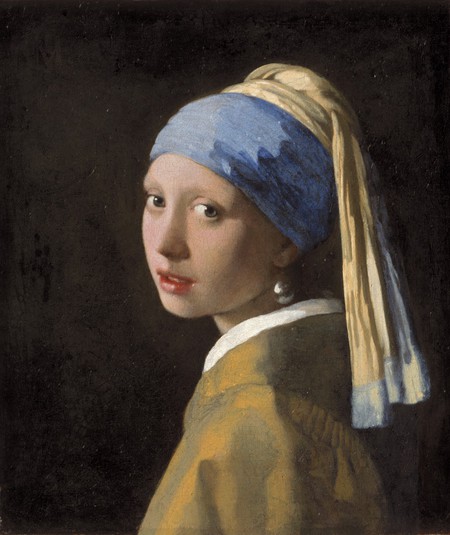 Johannes Vermeer’s portrait of a girl solely identifiable by her pearl earring and seductive stare has captivated audiences for three and a half centuries. Who was she? What was the nature of their relationship? How did the artist capture such soulful depth in her timeless gaze? One theory postulates that she was the Delft master’s mistress, another that she was his daughter. However, the artist himself left few paintings behind, and even fewer details about his private life, so we’ll likely never know.

How were 900 monoliths transported around Easter Island? 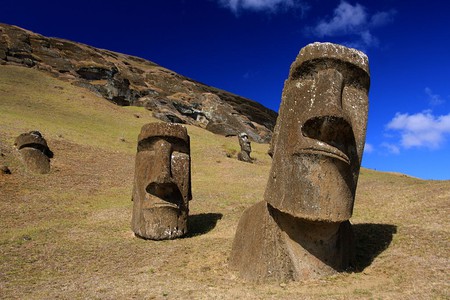 Easter Island’s colossal carved monoliths were forged by the seafaring Polynesian Rapa Nui people who inhabited the remote island between the 13th and 16th centuries. Almost half of the near 900 monoliths (moai) they forged remain near the quarry from which they were created, but the remaining moai were somehow transported to traditional stone platforms lining the island’s perimeter. Archaeologists have determined that the monoliths, averaging 13 feet high and 14 tons, were created in honor of ancestral beings, who were positioned towards the land so as to watch over it. But by the 19th century, each head had fallen over, and they have since been excavated and restored.

A Degas portrait is inexplicably misplaced 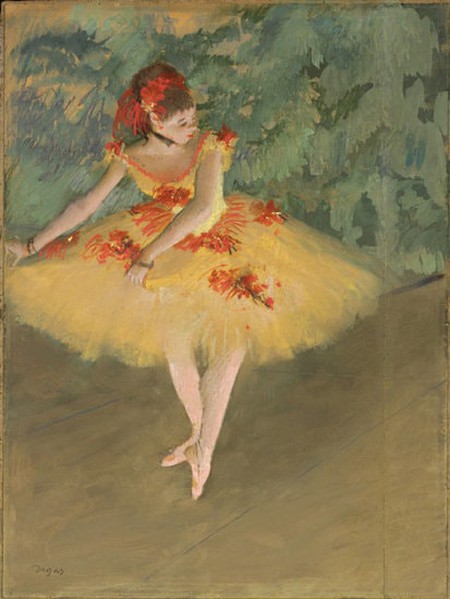 How Edgar Degas’ $10 million Dancer Making Points was stolen from the New York apartment of French heiress Huguette Clark no one knows, but the painting inexplicably wound up in the Missouri home of H&R Block co-founder Henry Bloch. Clark never reported the painting stolen in an effort to protect her privacy, but at 102 years of age she engaged in a legal battle with Bloch, who claimed to purchase the painting legally. They settled on donating the painting to the Nelson-Atkins Museum of Art upon Bloch’s death, but the court required a statement from Clark’s doctor confirming that she was of sound mind to agree to such a settlement. Her doctor signed off on her clarity; yet it was later discovered that Clark mysteriously created and signed a second will excluding her family and naming her doctor as a beneficiary, putting the entire case in jeopardy. Clark died at the age of 104 in 2011.

The enigma that is the Mona Lisa 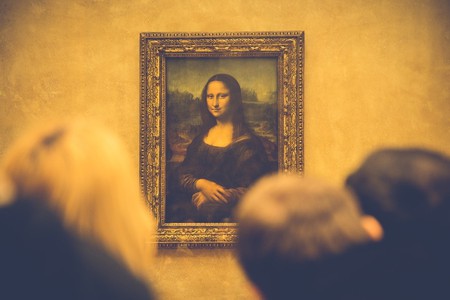 It’s the most famous painting in the world and the subject of endless intrigue; Leonardo da Vinci’s magnum opus has given rise to an untold number of speculations. Once thought to be the artist himself in drag, the woman in the Mona Lisa is now accepted to be Lisa Gherardini, the wife of an Italian merchant. Her eyes follow you around the room and her facial expression is subtly perplexing. In 2010, the letter S, possibly denoting the powerful Sforza family, was discovered in her left eye, while the initials LV were uncovered in her right. The number 72, an important number in Jewish mysticism, was found beneath the arched bridge in the background. 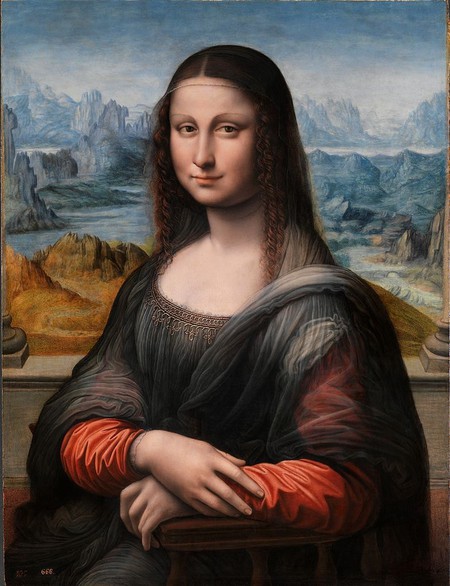 As if the Lourve’s Mona Lisa wasn’t controversial enough, a second Mona Lisa, which art historians believe was painted by one of Leonardo da Vinci’s students at the same time the original portrait was forged, can be found in Madrid’s Prado Museum. Her slightly altered perspective creates a 3D effect when juxtaposed with the better-known Mona Lisa, which arguably renders the two paintings together the first stereoscopic image in history. Whether this effect was achieved on purpose or by accident is a mystery. There’s more—a third Mona Lisa, better known as the Isleworth Mona Lisa, was rediscovered in 1913 in England. From 2013 through 2017, multiple academics and historians studied the work, which has remained in remarkably pristine condition, and subsequently authenticated it.